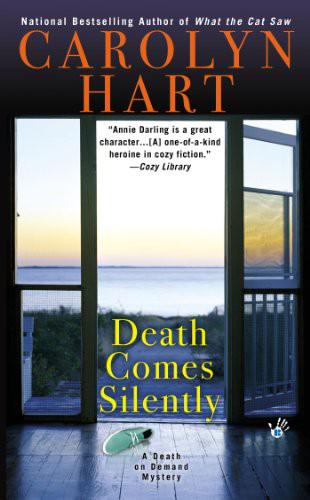 To Natalee Rosenstein in thanks for safe harbor

N
icole Hathaway drew the covers over her head to block out the pale winter moonlight. Alone. She felt so alone. How had her life gone so wrong? She stifled a sob. Always, she’d wanted to find the right man. She’d been thrilled when Everett pursued her. He was such a gentleman. Not rough or crude like so many boys she knew. He was older, distinguished. He’d treated her with such courtesy. His manners and cultivated background dazzled her. She’d taken great pride in being Mrs. Everett Hathaway. She wasn’t sure when she began to see him for what he was, fussy and pretentious and sometimes not very nice.

She hadn’t expected what happened, a man who occupied her every waking thought, a man who brought her ecstasy. By that time, she’d moved to a bedroom of her own, at first with the plea that she had such a cough from her allergies and she would sleep better alone, and then the days continued to pass and they slept apart.

She didn’t want to go on this way. Why live a lie? But when she spoke of being together, there were reasons and excuses, and soon her lover didn’t meet her as often.

There had to be a way to make it happen…

B
rad Milton massaged one temple. Another silent migraine. Pretty soon the Coke and Excedrin would take effect. He pushed the spreadsheets away. He couldn’t work anymore tonight. It didn’t matter how many times he looked, the numbers wouldn’t get any better. There was no way out. He glanced at his desk calendar. Fourteen more days and the notes could be called. If only he could have six more months. He was close to lining up two good-sized jobs.

But Everett Hathaway had shrugged and said, “Sorry, old man.” Everett had affected a slightly British accent and pseudo upper class attitude ever since he dabbled in art history at a provincial university more than twenty years ago. “Business is business.”

L
eslie Griffin maintained a bright smile. She tossed her head, a favorite mannerism. Her eyes flicked to the mirror in an art deco frame. As always, she was pleased at her image, long golden hair, creamy complexion, china blue eyes, an image as bright as Jane Lynch on
Glee.
Her cool gaze swung back to the man in the large red leather chair behind the blond wood desk. The chair wasn’t suited to his weedy frame, making him look insubstantial. It had been perfect for his burly older brother whose place he’d taken.

Though Leslie’s smile never wavered, she dissected him as only the young and arrogant can… Reddish hair and eyes like green slime… Thinks he’s gorgeous in that dorky checked sweater…
Reminds me of that stupid goat at the stables… big, round, dumb eyes… All he does is read stupid poetry… Looks silly behind Uncle Eddie’s desk, like a kid playing grown-up… Wonder if he knows about Nicole…
That would distract him from her, that was for sure… Usually
she could get in and out of the agency without dealing with him… If she had to listen to him very often, she’d rather be at school, boring as it was…

She tried to look bored. But there was something in his voice… She clutched her neck in faux distress. “Has that pointy-headed math teacher complained? Honestly”—she heaved an aggrieved sigh—“I don’t see any point in algebra.”

“This isn’t about school, although there is a good deal we might discuss there. Your grades are deplorable. Perhaps your lack of attention to your duties is part of a larger picture.” He folded his arms. “I am aware that you did not stay with a friend last Friday night. Instead, you were in Savannah with one Steve Raymond.” He spoke the name with distaste.

Leslie made an effort to appear distressed. “Steve and I were just having an adventure.” Uncle was such an old sap, maybe he’d believe her. She’d been fooling him for years. “Some of the kids dared me to spend the night with a guy in Savannah.” She tried to sound casual, amused, like the old movies where they stood around drinking martinis and smoking and talking smart. “We stayed at a Holiday Inn, but we were kind of like on a scavenger hunt and we went around town getting trinkets to prove we’d stayed and we had the ferry tickets, too, with the time we came back the next morning.” She clapped her hands together. “I won the bet and now a bunch of them have to take turns doing whatever I say.” She tilted her head. “I’m going
to make Margo walk down Main Street in a bikini.” For an instant, she wished her fabrication were real. It would be delicious to make tall, skinny, elegant Margo shiver. She was pleased with her invention.

Everett’s grim face remained hard. “You spent the night with him in a motel. One of your teachers saw you and called me. You’re under age. I understand he’s nineteen. If I call the police, he’ll go to jail.”

Leslie stiffened. “It was a joke. Come on. And I’m almost eighteen.” He was a dried-up old stick. No wonder Nicole cheated on him. What was it Mr. Wingate said in English the other day about somebody in a novel? That he was a dunce. She liked that word. That’s what Uncle was. A dunce. She wished she could tell him.

Everett glanced at a legal pad on his desk. “Where did you meet him?”

She gave a casual wave of her hand. “On the beach last summer. A bunch of kids hang out together. It’s real laid back.”

“Where does he live?”

Her shrug was elaborate. “I don’t know. We were over at Bunny’s”—she was pleased with her casual tone; she could almost believe her own lies—“and the idea came up and he was the one who said, sure, he’d play along, why not? He’s a real joker.” And so good in bed. “But I can’t tell you all that much about him.” She had a quick memory of the shabby cabin where Steve lived and the fun they had with his dad usually out of town.

Everett’s tone was frosty. “The teacher knew a bit about him. She said he dropped out of school a couple of years ago. His mother ran off with a drummer in Savannah. His father’s rarely home, always on the road.” His derisive tone dismissed Steve and his family as undesirables.

Leslie felt a rush of panic. If he kept nosing around, he’d find out
about much more than a single night on the mainland. She managed a tinkling laugh. “It was just a joke. I promise I won’t do it again.” Since there had been no joke, that wouldn’t be a hard promise to keep.

“You are forbidden to see Steve Raymond again. And”—he looked at her with that slimy gaze—“unless you agree, I’ll cut your allowance.”

Leslie played a mean hand of poker. She knew when to fold them. Again she gave a shrug. “No problem. This was no big deal. A joke. Steve played along. And don’t even think about going to the cops.” There was an edge to her voice. “That would be sooo humiliating. I couldn’t show my face at school. So let it go and Steve will be history.”

As she walked out of his office, she was thinking fast. Would he keep checking? He might. If he did, he might keep his threat to cut her allowance. He didn’t live in the real world and he had no idea she had more money than anyone she knew. She had her future planned. As soon as she got out of boring, awful high school, she would rent an apartment in Savannah, maybe take enough classes to keep her uncle agreeable. But she wouldn’t be able to do anything without money. Why had their grandfather left a will where she couldn’t get her hands on her inheritance until she was twenty-five? Until then, her uncle controlled the checkbook.

T
rey Hathaway worked two phones. His round-faced, plump secretary, her expression harried, stood in the doorway flapping a FedEx envelope. He pointed at his desk, continued to talk. “Yeah. Sure. We’re about to get that one buttoned down. I’ll call you back, first thing in the morning.” He put down the landline, picked up his
cell, and spoke in a mollifying tone. “Thanks for holding, Regina. There was a mix-up here, but I’ve straightened everything out.” He swung to face his computer, moved the cursor to attach a file, typed an e-mail, tapped send. “I just sent an e-mail with the updated campaign. I’m sorry about the delay. I think you’ll be pleased and your project is high priority. I promise it won’t happen again.” He winced at the edge of anger in the client’s reply and the harsh click as the phone slammed down. He put down the receiver and picked up the FedEx envelope. He ripped it open and pulled out a sheet. The words in the second paragraph burned in his mind: Consider our contract with Hathaway Advertising Inc. null and void due to lack of performance…

The Marsh Madness by Victoria Abbott
Seraphina by Rachel Hartman
The Man Behind the Badge by Sharon Archer
Madman on a Drum by David Housewright
Standing By (Road House) by Stevens, Madison
J Speaks (L & J 2) by Emily Eck
The Lost Girl by Sangu Mandanna
A Forbidden Love by Alexandra Benedict
His Other Woman: A Renny and Rachel Christmas Romance by MacLaren, Nancy
Don't Break the Bank: A Student's Guide to Managing Money by Peterson's