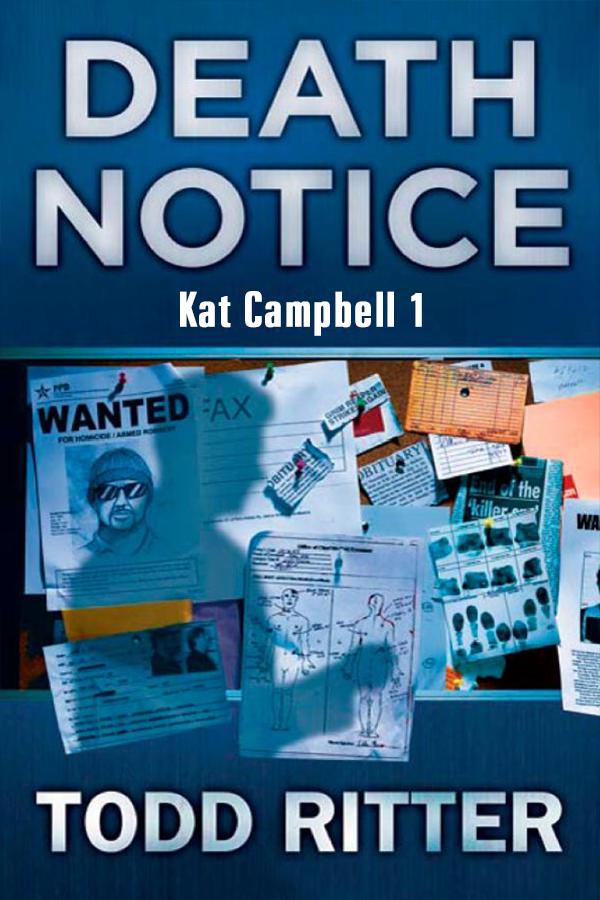 Perry Hollow, Pennsylvania, has never had a murder. At least not as long
as Kat Campbell has been police chief. And the first is brutal. George
Winnick, a farmer in his sixties, is found in a homemade coffin on the
side of the highway with his lips sewn shut and his veins and arteries
drained of blood and filled with embalming fluid. Chilling as that is,
it becomes even more so when Kat finds that the Perry Hollow Gazette
obituary writer, Henry Goll, received a death notice for Winnick before
he was killed.
Soon after, the task force from the Pennsylvania
Bureau of Investigation shows up and everything takes an irreversible
turn for the worse. Nick Donnelly, head of the task force, has been
chasing the "Betsy Ross Killer," so named because he's handy with a
needle and thread, for more than a year. Winnick seems to be his fourth
victim. Or is he?
Kat has never handled a murder case before, but
she's not about to sit by while someone terrorizes her sleepy little
town or her own son. But will her efforts be enough to stop a killer
and bring calm to Perry Hollow?
A portrait of a small town in turmoil, where residents fear for their lives, Todd Ritter's
Death Notice
is a gripping debut from a terrific new talent in crime fiction.

To Mike, for everything

The pain snapped him into consciousness. A sharp, steady throbbing, it began at his mouth and pulsed down his jaw and neck. He tried to moan—it was the kind of pain that made men moan—but couldn’t. The pain flared so badly after each attempt that he stopped trying.

He stayed quiet, listening to the ragged streams of air rushing through his nostrils. When he opened his eyes, he saw only darkness as something brushed against his lashes.

His face felt damp. He wasn’t sure, but he thought it was blood, smeared across his chin. A thin line slipped down his cheek. The liquid was inside his mouth, too. On his tongue. Pooling in the crevices between his teeth.

The Burning Shadow by Michelle Paver
Escape Velocity by Mark Dery
At the Edge of Ireland by David Yeadon
SODIUM:5 Assault by Arseneault, Stephen
Wrong Face in the Mirror: A Time Travel Romance (Medicine Stick Series) by Bartholomew, Barbara
Midwives by Chris Bohjalian
Unchained: A Stepbrother Romance by Johnson, Emma
Child Of A Guardian And Of The Free (Book 3) by Dan O'Sullivan
The Marines of Autumn: A Novel of the Korean War by James Brady
KISS THE WITCH by Dana Donovan