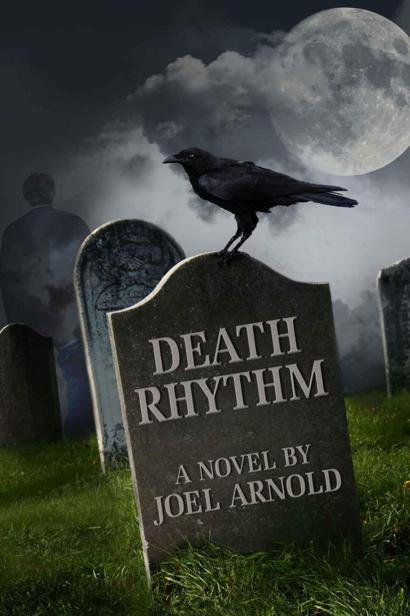 The following is a work of fiction, and all persons appearing in this work are fictitious. Any resemblance to real people, living or dead, is entirely coincidental.

A frantic, hoarse whisper as the moon hung like a pale, bloodless finger -

Her sinuses flared. She heard it mewling, heard its small padded feet crackling the autumn leaves.

A little louder this time -

She was answered by a yowl, long and pitiful, sending a shiver through her. It was close. Closer than she thought. It’s yellow striped head poked out from behind the clump of birch to her right. Its mouth opened in a silent scream.

She grabbed it roughly by the scruff of the neck. Ignored the scratches it inflicted on her forearms, the teeth sinking into the flesh between her thumb and forefinger.

She leaned back against a large tree, thrust the hissing animal between her thighs and held it there, bringing the garden shears up to its scrawny neck.

“Here, kitty,”
she said one last time, the words spat out as she began to cut.

She didn’t plan this. It just happened.

The whirlwind in her mind.

Walking from her backyard to the cemetery on the thin trail winding through the trees, the last light of dusk quickly disappearing. All she wanted to do was trim the weeds from her mother’s grave. But when she heard the cat’s meows, all that her father had told her descended upon her like a dark and heavy cloud. All he'd said, bit by painful bit, flared into her brain.

When he first told her, it made her ill. She didn’t believe it. But the more she thought about it, the more it made sense. The more it explained things. The more and more her father’s words echoed in her mind, and the more the storm in her head developed and grew. A whirlwind of alternating heat and cool.

She tried to put it out of her mind. Forgive and forget. But out here on the edge of town, the edge of a small town, beyond which were only cornfields and patches of trees and sky - it was hard. Hard when the neighbor across the field of tall grass and weeds was so much a part of it all.

Just looking out her window, seeing the cracked, dull orange brick, the black, mansard roof staring back at her - they had seen it all - the roof, the brick.

And especially the neighbor.

The next-door neighbor always brought it back to her.

Looking out across the grassy, weed-filled field and seeing her out there - just knowing she still lived there - made the whirlwind grow.

The cat belonged to the neighbor.

The whirlwind in her head, dull heat and cold, drove her to keep clamping her hands shut until the last bit of tendon and bone gave way to the shears.

She dropped the cat right there; the neck pointed away from her, thank God, from her clothes, her skin. She ran home, shoving aside the branches that whipped at her face, turned on the spigot outside of her house, and sprayed the blood and gristle from the shears, from her hands.

She cried, but the whirlwind remained, just behind the eyes, between the temples.

Even under the gloves, even after washing her hands, she still felt the sticky residue of the cat’s blood. Another reminder.

She got a piece of rope.

Raced over the trail, the branches clawing at her face and arms, the moon a giant dead slit of an eye, white and harsh through a canopy of old birch and maple.

When she found the cat again, she tied one end of the rope around the cat’s torso and the other end around a branch, pulling the rope so tight that bolts of pain shot through her fingers. She let it go and watched it swing. It was hard not to stand there and stare at it as the blood dripped slowly in an even rhythm, smacking against the freshly fallen leaves.

And the head lying at her feet, the mouth open in a fixed cry, the eyes shut tight in agony. A snapshot of its final moments.

It had been easy. Too easy.

That was what repulsed her more than anything; the fact that the line between sanity and deadly compulsion had been crossed so quickly.

Out of the corner of her eye, she saw the windows of her neighbor’s house lit up through the trees. Windows like eyes.

She heard a car pull into the neighbor’s driveway. The headlights swept across her face through the crisscross of branches.

She recognized the car. The sheriff.

The sheriff’s car pulled into Mae Stone’s yard, the dome light blinking on as the door opened into the night air. Someone got out, headed toward Mae’s door. Someone she hadn’t seen before. The sheriff and deputy stayed in the car.

Are they looking my way? she wondered, crouching lower. No, they couldn’t see her. Not in this darkness, not through these trees.

She knelt and waited, not wanting to make any sudden movements or noise. What if they caught her? What would her father do without her?

Finally, the car gave a honk and the sheriff’s voice rang out, “Will you be all right, Ms. Stone?” The sheriff then waved at the house and pulled away, the taillights leaving a red streak that hung in the air for a moment and disappeared.

She couldn’t see the front of Mae’s house from where she knelt, but she held her breath and heard her neighbor’s voice spread through the air into her ears, her brain, squeezing her heart.

Andy. The name was unfamiliar. Her father had never mentioned him.

She heard the door shut.

The rope creaked next to her as it swung lightly in the breeze. The dripping ceased. She crept back through the trees to the grassy field and stopped. The purple flowers of thistle looked black in the darkness, looked like tiny heads bobbing back and forth as the wind forced the grass to bow.

She knew all about Mae Stone. Mae and her sisters. What they did to her. To her father.

But who was Andy?

She looked at Mae’s house, the light glaring at her, hurting her eyes. She felt old, too old to be doing this. She wanted to rip the gloves off her hands, bury them deep into the ground. She wanted to run to her father and forget about all of this.

Her father wouldn’t let her.

She shivered. Crept closer to her neighbor’s house, cringing each time her feet landed on the dry, brittle grass, the blood-soaked gloves growing tight on her hands.

Beneath the worn tread of Andy Byrd’s midnight blue Firebird, the highway rumbled like distant jungle drums. White dividing lines passed by on the left, acting like a silent metronome, an optical backbeat to the hum of the car’s engine. The sun was low on the horizon, descending rapidly.

Andy Byrd had no idea where he was.

Cathy - he’d left her how long ago? Could it have been only fifteen hours ago?

He remembered her eyes, moist and shiny in the light coming through the apartment window. Remembered the streaks of tears looking like scratches running down her face. He remembered the way she leaned over him after their fight, her lips brushing against his ear.

She put her hand on the small of his back as they lay in bed. It felt uncomfortable, like a dead weight pressing against him. The white cotton sheets felt tight around his waist.

Her breath raised goose bumps on his neck. Her voice was like a dull needle poking at his eardrum.

“I really need you tonight.”

He reached back and pulled her hand off him. “I’m tired.”

A knot twisted and turned in Andy’s stomach, tying and retying itself. “Forget it, Cathy.” His voice raised a notch, along with his temper. “I’m tired, okay?”

She pouted. He hated it when she pouted.

He hated his inability to talk to her. Hated her need, her insatiable need, for words of assurance, for communication. How could he talk to her when he had nothing to say? How could he tell her what he felt when he didn’t know himself?

Andy’s temper continued to rise, making his blood flow in a quick river through his body, pounding out like rapids into his ears.

The sound of her voice -

- became a steel sliver in his brain.

- banged around in his skull a thousand times. Each sound grew more painful to listen to. He never realized until now just how much he hated the sound of his own name.

Finally, he rolled on top of her, tearing at her white cotton panties. Her eyes met his, wide and searching, as he thrust himself into her. She let out a sharp cry of pain.

But Andy grunted, “No, dear - I’m making
love
to you.” He pumped and pumped his anger into her. Cathy cried harder as Andy got harder.

He hovered over her and watched a drop of sweat fall off the tip of his nose, taking forever to land on Cathy’s forehead, her eyes closed tight. It glistened in the dim light. Andy reached up and wiped it off. His hand shook. When he withdrew, a wave of nausea passed through him.

Cathy turned over on her stomach, burying her head in her pillow. Her body hitched and shook as she cried, her hands clutched tightly at the sheets beneath her.

Andy lay on his back, staring at the ceiling, at the slats of white thrown across it from the light coming through the blinds.
What the hell did I just do? Where did all that anger come from?

He wanted to cry, to touch her. He wanted to tell her how much he loved her and how sorry he was. But he felt numb, his throat couldn’t let go of the words. He could barely breathe, much less talk to her. He knew he had to leave.

He had to start breathing once again.

Andy rolled down the car’s window to let the chilled autumn air roll over his face and neck. He stuck his head part way out to feel the air swim through his hair. The coffee brown haze started to dissipate as the sun bled on impact with the horizon.

He drove mesmerized by his own thoughts, by the monotony of endless telephone lines, by the radio at low volume, all the songs similar and full of static. He squinted into the sun and didn’t notice the three deer standing skittish on the side of the road; two does and a large buck. He didn’t notice them until they sprinted across the highway in front of him.

The buck was lucky. He hesitated before leaping from the side of the highway and missed the glass and steel of the car by inches. He bounded safely behind, crossing to the far side of the highway quickly, his rack of antlers steady, not once turning to get a glimpse of the fate of the others. He disappeared into a patch of pine trees like a ghost.

But the other two weren’t so fortunate.

The first doe was the largest. She nicked her back leg on the front of the bumper. Andy heard the bone snap as the momentum of the car sent her tumbling into the grassy divide in the center of the highway.

Stripped Down by Anne Marsh
For Bear Or For Worse (Pure Blood 1) by Meredith Clarke
Wild for Him by Jill Sorenson
Dragonlance 17 - Dragons Of A Vanished Moon by Weis, Margaret
The Disappearing Floor by Franklin W. Dixon
The Secret She Kept by Amy Knupp
What We May be by Vivien Dean
Dead of Night by Barbara Nadel
Roman Blood by Steven Saylor
Wingshooters by Nina Revoyr