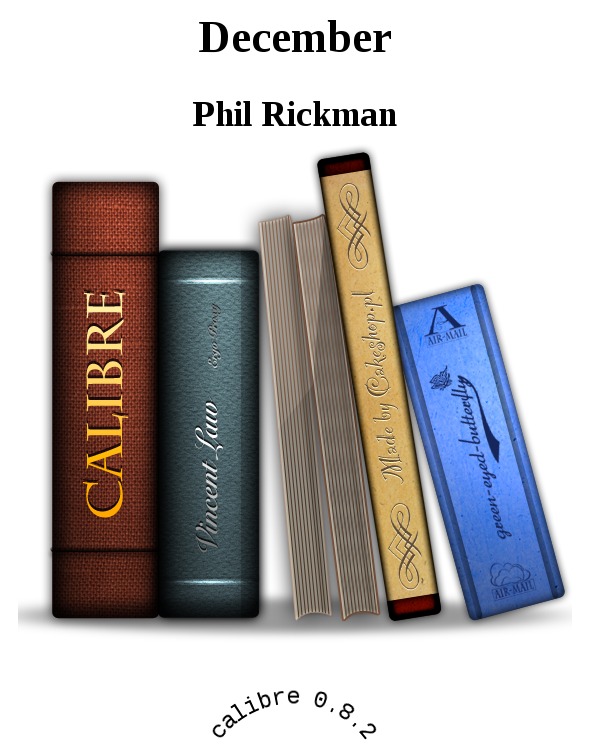 By the time he makes the doorman's office, his
glasses have come off, and blood and tissue and stuff are emptying urgently
from his mouth.

He lies
in the blood on the office floor, and he doesn't move. A short while later, two
cops are turning him over, real careful, and seeing the blood around the holes
- four holes, maybe five. And then they're carrying him, bloody face up, out to
the patrol car, leaving behind these puddles and blotches on the doorman's
floor.

Normal
way of things, these cops wouldn't move a man in such poor condition. The state
of this one, it's clear there's going to be no premium in hanging around for an
ambulance.

'This
guy is dying,' one cop says.

When
they raised him up, the doorman thought he heard a sound like the snapping of
bones.

It's just after eleven p.m.

Somewhere out there in the
night, Dave hears what he thinks is the snapping of twigs. And the twigs are
talking, crackling out words.

Dave's under the swollen branches of some old tree. Not an oak
tree. But twigs in the copse are crackling the words, and they come as this
weird rasp on the night wind, and he hears the echo of a barn owl across the
valley, and the owl - he'd swear - is screeching,

Between the shadowy mesh of
bare branches and broken stone arches, Dave can see the lights inside the
Abbey.

The Abbey is old and ruinous. A glowering heap of
twelfth-century stone, which by day is the raw, wind-soured pink of an old
farmer's skin. By night - like now - it's mainly black, a jagged and knobbly
rearing thing among the wooded border hills flanking the Skirrid, the holy
mountain of Gwent. Legend says the Skirrid was pulled apart by a massive
seismic shudder at the very moment of Christ's crucifixion.

The shudders inside Dave tonight are not exactly seismic. But
he wouldn't deny, standing trembling under the dripping tree, that he's coming
apart.

In a corner of the ruins, incongruous as a heart inside a
skeleton, is a stone tower built over the vaults where the monks stored wine
imported from France. The studio's down here now, built into the vaults. A
romantic, evocative place to record music. In the daytime. In summer. Maybe.

At night, in winter, forget it.

Tonight, nervy lights were wobbling behind pimply, leaded
glass as Dave spun away from the Abbey, hurling himself, sobbing, at the trees,
his canvas shoes skidding on the winter-wet lawn. Clamping his hands over his
cars, vibrating them as if he could somehow shake the phrase -
death oak
- out of his skull.

Ah, but you know you really can't.

See, the problem is, if you're in some way … sensitive, then
people - the ones who don't think you're a phoney, or misguided or totally out
of your tree - have this curious idea that you must be spiritually advanced.
Serene. In control.

This means
not
running
away.

Well, it's fine for them to talk, the ones who think it's a
beautiful gift. They should be here tonight in this
holy
place.

And
we
, Dave thinks,
should have listened lo Tom Storey.

Big Tom from Bermondsey, lead guitar, fearless on the frets,
was wedged into the narrow, arched doorway at the top of the steps, roaring at
everybody. Some of it was outrage. Most of it, Dave could tell, was panic.

In the studio, the churchy light, wavering.

About a dozen lighted candles in
metal holders, brass and wooden candlesticks and saucers were spread out,
apparently at random, around the whitewashed vault.

No other light than this. Looked quite cosy, Dave thought
irrationally. A touch Christmassy.

And then he thought, No, it
could
be cosy. Somewhere else. Almost anywhere else. Anywhere but
the Abbey of Ystrad Ddu, where it was said that every stone in the walls had
been cemented with blood.

He'd followed Lee, Moira and Simon into the studio, and Moira
had stopped at the bottom of the steps and said quietly, 'I don't like this.'
And now Tom wouldn't come through the door.

Dave looked at Moira and mouthed a word: joke?

'Well, I'm no' laughing,' Moira
said out of the side of her mouth.

She was young and moon-pale, wearing a long dark velvet dress
and a lustrous silver headband and glowing far brighter, for Dave, than the
candles.

'OK.' Simon St John strolled languidly into the centre of the
studio. 'If whoever did this is listening from anywhere, we're all suitably
terrified, aren't we, Dave?'

'Come on down, Tom. Come on.' Simon sounding as if he was
calling a dog. 'Nothing to worry about, squire. Nothing sinister. Somebody
taking the piss, that's all.'

Simon, smooth and willowy, had credibility. While it was
acknowledged that Tom was the best musician, he was still a rock musician.
Whereas Simon was, er, classically trained, actually. Plus, he was
public-school educated, a laid-back, well-spoken guy, a calming influence.
Serene? Did a good impression, anyway.

Tom looked nervously from side to side, like he was on the
edge of a fast road, and then came down, making straight for the metal stand
where his solid-bodied Telecaster guitar sat. He snatched up the Telecaster and
strapped it on, like armour. He was tense as hell.

'Joke, right?' The brash young session drummer, Lee Gibson,
had followed Tom down the steps. Lee was not a full member of the band, lacking
the essential qualifications - i.e. he was too close to normal.

Dave began to count the candles, becoming aware of this rich,
fatty smell. The candles had been burning a while and dripping. Christmas was
wrong; the studio looked like a chapel of rest awaiting a body. Except in a
chapel of rest, the candles wouldn't be ...

'Black!' Tom let out this hoarse yelp, flattening himself
instinctively against a wall. 'Fucking things are
black!
You call that a bleeding joke?'

'Hey, come on, candles can be protective, too,' Moira said
uncertainly.

'Bullshit.' The wavy light was kinder to Moira than to Tom.
His eyes were puffy, heavy moustache spread across his mouth like a squashed
hedgehog. 'Bull
shit
!' Clamping his
Telecaster to his gut, its neck angled on a couple of candles like a rifle.

The flames of the two candles, dripping on to adjacent amps,
seemed to flare mockingly.

Dave peered at one. It looked black enough to him, and it
smelled like a butcher's shop in August. Also - and this wasn't obvious because
several were concealed by the partitions around individual booths - if you
stood in the centre of the studio floor, you could see the candles had been
arranged in almost a perfect circle. If this was a wind-up, somebody had gone
to a lot of trouble.

Be totally pointless organizing a witch-hunt. This was a
residential recording studio, people coming and going, silent, discreet, like
the medieval monks who'd built the Abbey.

'Fuck's sake, man, they only
look
black.' Lee had on leather trousers and a moleskin waistcoat
over his bare chest, a guy already shaping his own legend. Clearly anxious to
get started; this session would be crucial to his career-projection.

Tom regarded him with contempt. 'Thank you, son.' A warning
rumble Dave had heard before; he tensed. 'That makes me feel so much better,'
Tom said. And then spasmed.

'Hey, man ...' Lee reeling back . . fuck's
sake
! as Tom swung round, his guitar
neck sweeping a candle from an amplifier stack. It spun in the air before
dropping into a heap of lyric sheets on the floor. Cold flames spurted.

Nobody spoke. Simon walked over and calmly stamped on the
papers. Meanwhile Russell Hornby, the producer, had slid noiselessly into the
studio.

'OK, guys. Let's become calm, shall we?' Russell was slight
and bald. He wore dark glasses, even at night.

'Russell,' Tom snarled, 'this is the end of the line, my son.
We are packing up. You are getting us out. We have taken enough of this shit.'

'Excuse me,' Russell said blandly, 'but surely this
"shit" is part of the object of the exercise, isn't it?'

'Hang on.' Dave picked up one of the candles. It felt nasty,
greasy, like a fatty bone. 'Are you saying
you
did this, Russell? These are your candles?'

'Dave, you think I'd cut my own throat? Nor, before you ask,
do I know who's responsible for the blasted
lightbulbs
bursting last night. Nor the apparent
blood
on the
dinner plates
. Nor even your
inability, Dave, to keep a guitar tuned for five minutes.'

He snatched the candle from Dave and blew at it. The candle
stayed alight. Russell threw it to the stone floor and crushed it with his
heel. 'Now, what I suggest is we get rid of them before we're in breach of fire
regulations, yeah? And then let's go to work.'

This guy was well chosen, Dave thought. If you were putting
four musicians with
special qualities
-
one of Russell's slightly sneering phrases - into a
situation
as potentially
volatile
as this, you needed a producer who was calm, efficient, businesslike and about
as sensitive as a shower-attendant at Auschwitz.

'Look,' Russell said reasonably. 'Let's not overreact. It's been
a difficult week ...'

'... But I take it none of us wants to have to start all over
again, yeah? So I suggest we bolt the doors against any marauding ghouls,
restless spirits and whatever the word is for those things alleged to move the
furniture around ... and give me something I can mix.'

'
I'll
give you
something you can fucking mix ...' Tom advanced on Russell, his face pulsing
electrically in the unsteady candlelight.

The Flower Girls by Margaret Blake
The Patience Stone by Atiq Rahimi
The Service Of Clouds by Susan Hill
Maine Squeeze by Catherine Clark
Jordan County by Shelby Foote
Spellbound by Cara Lynn Shultz
The Red Coffin by Sam Eastland
Bind Me Close: 3 (Knights in Black Leather) by Cerise DeLand
Rejoice by Karen Kingsbury
Seeing the Love by Sofia Grey