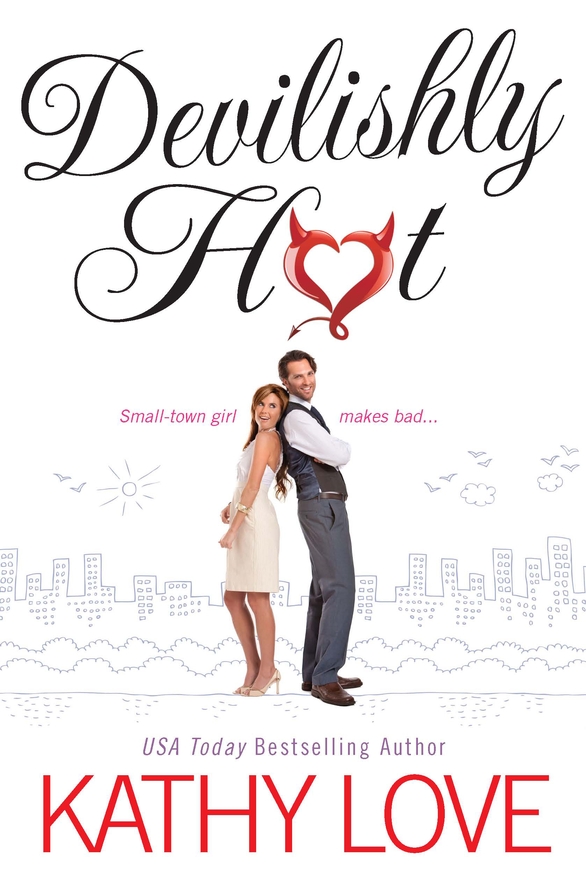 Thank you to Erin McCarthy for the chat that led to the creation of Finola White.
A very special thanks to my editor, Alicia Condon for her input, patience and support.
Thanks to the Tarts, for the shared plotting, laughter, desserts and wine.
And finally, thank you to all my friends and family who deal with me dropping off the radar before every deadline.

Annie stared at the receiver still clutched in her hand. The faint dial tone hummed, signifying no one was on the other end of the line, but she still didn’t hang up.
Finola White’s assistant.
HOT!
magazine.
HOT!
magazine!
She managed to pull herself together enough to press the OFF button on the cordless phone and drop it back into the receiver. Then with total abandon, she started to hop and dance around the tiny living room, laughing like a madwoman.
HOT!
magazine! Finola White!
“Oh my God ... oh my God,” she repeated over and over, still dancing.
Only the pounding from the downstairs neighbor on his ceiling, her floor, made her stop her happy dance. She collapsed onto her worn, circa 1970s tweed couch, still grinning.
This was amazing. Just amazing.
She let her head fall back against her sofa, closing her eyes and still smiling. This couldn’t come at a better time.
When her phone had rung, she’d been in the middle of packing her suitcases to head back to Magnolia, Mississippi, her small hometown where there were no prospects for a woman with degrees in fashion design and journalism. Oh sure, there was a local small-town paper she might work for, if she wanted to write articles on exciting things like the pros and cons of adding a stoplight on Main Street or who got into a fight at Sonny’s Bar and Grill this week.
But she didn’t have to worry about that now. She was officially an employee of
HOT!
magazine, the number one fashion magazine in the U.S. And not only that, she was going to be personal assistant to Finola White, magazine owner, entrepreneur, fashion icon herself, and one of the most powerful women in the fashion industry.
“Maybe the world,” she said aloud to herself, then giggled.
Amazing.
She opened her eyes and sat up as she heard a key in the door lock. Her smile growing even wider, she jumped up and raced to the door.
“Hey, there,” Annie’s boyfriend, Bobby, said, his blue eyes wide with surprise and confusion to find her waiting for him on the other side of the door. Or maybe it was because she was grinning like a fool. Heaven knew, it had been a long time since either of them had been lighthearted.
She flung herself into his arms, laughing.
“What’s going on?” he asked, once he’d recovered from his astonishment.
“I got a job!” She released him, hopping up and down in her excitement. The downstairs neighbor immediately thumped as if waiting with a broomstick or whatever was handily poised at the hint of the first noise.
Annie didn’t care today; nothing could ruin her joy.
“Really?” Bobby said, a wide smile of his own revealing his gleaming white teeth and the boyish dimples on either side of his perfect lips.
Annie told him how she’d been packing when she’d received that call.
“It was like providence,” she ended with a happy sigh.
Bobby frowned. “Is that a TV show or something?”
Annie laughed. Bobby was beautiful with his thick tawny hair and blue eyes. The all-American boy. And that would take him places, even if he was a little confused at times.
“This could be good for you too,” she said, “You never know, maybe you could get some modeling jobs through the magazine.”
Bobby raised an eyebrow. “I’m an actor.”
“I know,” Annie said automatically, although she suspected he’d do a lot better as a model. His acting was ... painful, at best. But she knew it was his dream and she would certainly support him.
“When do you start?” he asked.
“Tomorrow.”
“Awesome.” He headed to their “kitchen,” a corner of the one room where they had a mini fridge, a hot plate and a microwave. He pulled a package of bologna out of the fridge, curling up a slice and taking a bite.

Dirty Little Freaks by Jaden Wilkes
Agent Bride by Beverly Long
Carol Finch by Lady Renegade
Bonemender's Oath by Holly Bennett
Legend 4 - Free Falling by Claudy Conn
The Clue of the Broken Blade by Franklin W. Dixon
Murder with Bengali Characteristics by Shovon Chowdhury
The Book of Speculation by Erika Swyler
Night of the Living Thread (A Threadville Mystery) by Janet Bolin
Agatha Raisin and the Day the Floods Came by Beaton, M.C.