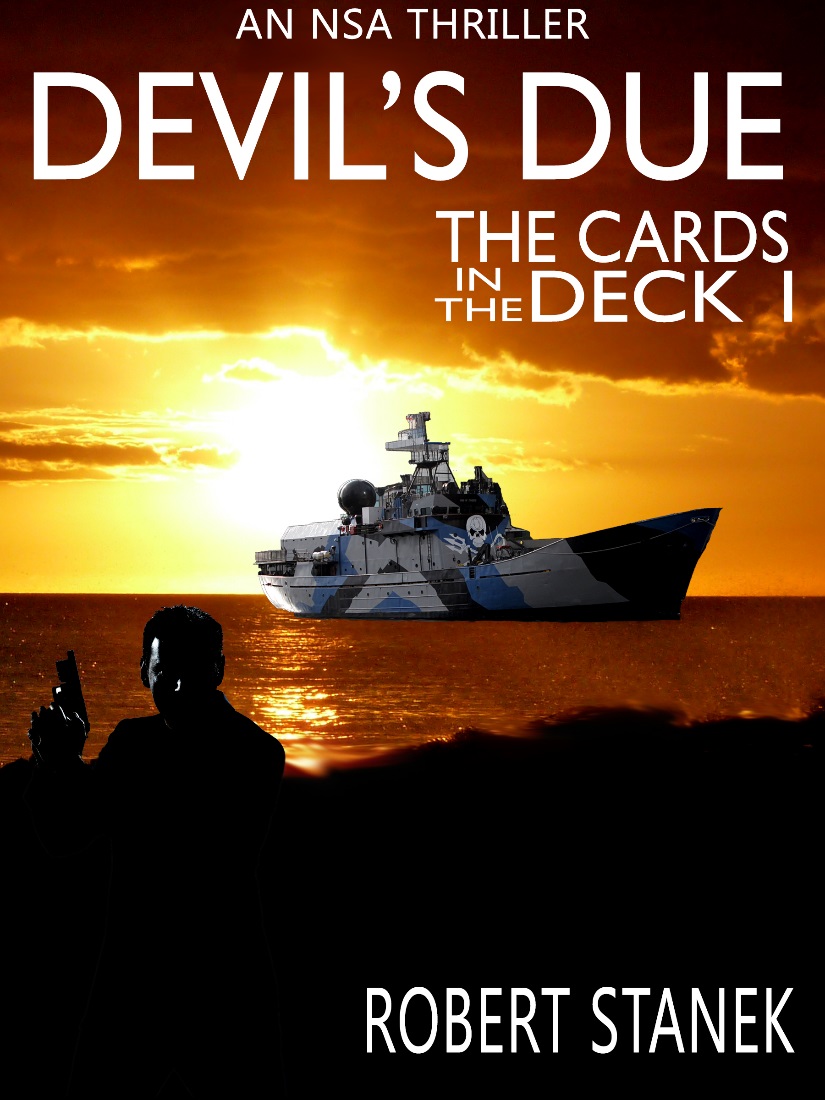 DEVIL’S DUE
THE CARDS IN THE DECK

Thank you for buying this book!

Find out about special offers, free book giveaways, amazing deals, and exclusive content! Plus get updates on favorite books and more when you join Robert Stanek on Facebook at
https://www.facebook.com/Robert.Stanek.Author
.

Visit us online at
http://www.reagentpress.com/current.html
.

This is a work of fiction. All the characters, names, places and events portrayed in this book are either products of the author’s imagination or are used fictitiously. Any resemblance to any actual locale, person or event is entirely coincidental.

DEVIL’S DUE
THE CARDS IN THE DECK

No part of this publication may be reproduced in whole or in part, or stored in a retrieval system, or transmitted in any form, or by any means, electronic, mechanical, photocopying, recording, or otherwise, without written permission of the publisher. For information regarding permission, write to Reagent Press LLC, Attention: Permissions Department, P.O. Box 362, East Olympia, WA 98540-0362.

All rights reserved, including the right to reproduce this book, or portions thereof, in any form. First Printed in the United States of America. 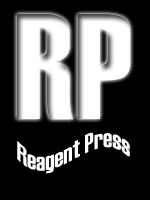 Dragons of the Hundred Worlds

Mark of the Dragon

Guardians of the Dragon Realms

The Pieces of the Puzzle

The Cards in the Deck

The Secret of Us

Look for spoken-word versions of these
and other Robert Stanek books!

I would like to thank my writing group, my editors, and my publishers for their many years of support. A writer can’t survive in this business without such wonderful support. I want to personally thank Jeannie Kim, Tom Green, Lisa Johnson, Tony Andover, Frank Martin, Ed & Holly Black, Patrick Gaiman, George Harrison, and Susan Collins for encouraging me and keeping me on track with the writing. Your insights and assistance have always been much appreciated. I also want to thank Will, Jasmine, and Sapphire for always being the first readers to devour my work and come back hungry for more.

The National Cybersecurity Initiative and the NCI Data Center exist, as do the code-named surveillance programs and the secret branches of the NSA and CIA.

All science, technology, literature and historical references are real, including Big Black, D-Wave and quantum computing.

Drinking as a competitor’s sport wasn’t very smart and Scott Evers knew that as well as any other who participated, but knowing didn’t improve his mood as he awoke in darkness with a pounding headache. The cabin was cramped, airless. He fumbled about trying to breathe, trying to think, unable to escape the images of Cynthia playing at the water’s edge with little James. A beautiful moment from Cynthia’s most recent video and a little too close for comfort.

The
Sea Shepherd
listed. Scott reached up with both hands, grabbed at the low ceiling to steady himself, realizing only then that the blaring alarm was what had awoken him. Remnants of the dream images fell away. Calm found him—the kind that availed itself only to those who thrived in the chaos of the storm.

The
Shepherd
was modeled after the Island-class patrol vessels used by the British Royal Navy in fishery protection patrols. She was 201 feet in length, 36 feet at beam, with a 14-foot draught, and her twin diesel engines helped her reach speeds approaching 20 knots. Her raised upper decks, reinforced to withstand just about anything Mother Nature could throw at her, gave an extended bird’s eye view to the captain and anyone else in the enclosed wheelhouse at the top.

The mission aboard the
Shepherd
was a daring one. The
Shepherd’s
job was to disrupt fishermen on the Mediterranean who were exceeding their quotas. Bluefin tuna spawned in the Mediterranean then swam out to the North Atlantic, but overfishing was depleting the tuna to the point of collapse.

Scott wasn’t an environmentalist—he was about as far from one as a person could be. His mission aboard was to protect the
Shepherd’s
standard crew of 45 and keep them from doing stupid things that would get them killed.

One hand gripping the ceiling as the
Sea Shepherd
turned hard to port, Scott twisted to reach his utility belt on the wall hook. He clipped it on, felt for its holster, even as he slipped on first one boot and then the other. A sharp pull to the laces of each fitted the quick-tie military boots into place. Last thing he wanted was to be slipping about the deck as he assessed the situation topside.

Red lights in the passageway signaled trouble. He moved double-time, rushing past agitated crewmembers headed in the other direction. Scott knew without asking they ran to the armory. Edie among them, looking uncharacteristically ashen, shouted out, “Libyans sank the
Bardot III
.”

Scott gripped Edie’s shoulder, “Are you certain?” Last he checked, the Libyans were friends, or at least friendlier than they’d been in the past under Ghadoffi.

Edie’s reply was drowned out in more confirmation than Scott needed: the screams of jet fighters racing by, close to the deck. Without seeing the jets, Scott knew they were French. French peacekeepers were the only ones daring the no-fly zone north of Libya right now, though the nearby USS Harry S. Truman had a Carrier Air Wing with several squadrons of fighter jets aboard too.

“Divers in the water,” Edie cautioned, before continuing on.

Divers in the water explained the tight circle the
Sea Shepherd
was turning. The divers were out cutting the nets of the purse seiners, freeing ensnared tuna. Fishing in near total darkness was a tactic to escape scrutiny, but it didn’t fool the crew of the
Sea Shepherd
.

Topside, Scott found the usual in the early dawn light. Garet Dietrich, chief of Scott’s security detail, was kneeling behind a riot shield being held by Lian Qu, who everyone called Kid after Billy the Kid because he was too quick to draw his gun. Kid and the chief were taking cover from the heavy metal chain links men on five Tunisian fishing boats were hurling while the
Shepherd
’s crew responded with stink bombs and water from fire hoses.

A jest, Scott knew, though it didn’t stop him from tossing back, “After our bout, I’d’ve thought you’d be swimming in your vomit about now.”

Scott assessed the situation as he talked. Three of the Tunisian boats were scrambling to protect their nets. Two others were trying to cut off the
Shepherd
and chase her away. His words were harsh, as meant. Hensely’s “suicide” wasn’t something Scott was comfortable talking about. He’d warned Captain Pendleton about the repeated dressing downs. The young seaman didn’t know the ropes. Most of the volunteer hands on the
Sea Shepherd
were like that. They were “big idea” dreamers who had no idea what they were getting into until they were a few hundred leagues and a few “incidents” from the nearest safe port.

“Like hell,” Garet said, grabbing Scott’s elbow and pulling him down behind the riot shield.

In his mid 30’s, Garet was tough as a grizzly bear, built like one, and his dark unkempt beard and hair completed the picture perfectly. His cautiousness of late was thanks to catching an anchor chain link in the face at close range. The bruises the fist-sized heavy metal link brought were still fresh below his right eye and down his right cheek.

Scott wrote off the wound as bad timing. Garet had turned into the flying link as one of the fisherman had hurled it.

“How many divers? Where?” Scott asked.

Garet grunted as he turned, pointed. “Kathy and Angel.”

Scott was glad it was Kathy and Angel. They were the most experienced divers aboard ship, less likely to panic and more likely to follow protocol, which meant staying down at depth and out of sight for as long as possible to avoid another incident. “Air? Depth?”

“Single tanks. Standard depth.” Garet studied his watch. “29 minutes down on my mark.”

Scott turned his wrist, readied to mark time on his watch. The average scuba tank held about 80 cubic feet of air. Most divers used one cubic foot per minute near the surface. At a depth of ten meters, the same diver would breathe two cubic feet per minute.

Garet called out, “Mark,” as he touched a finger to the face of his dive watch.

“Mark,” Scott repeated back, starting the timer on his watch. “Water temperature?”

“That’s where I figure it,” Garet said.

Scott nodded. Plenty of time for a clean retrieval once the fishing boats dispersed, as long as no one was trapped in a net this time. “What’s this about the
Bardot
?”