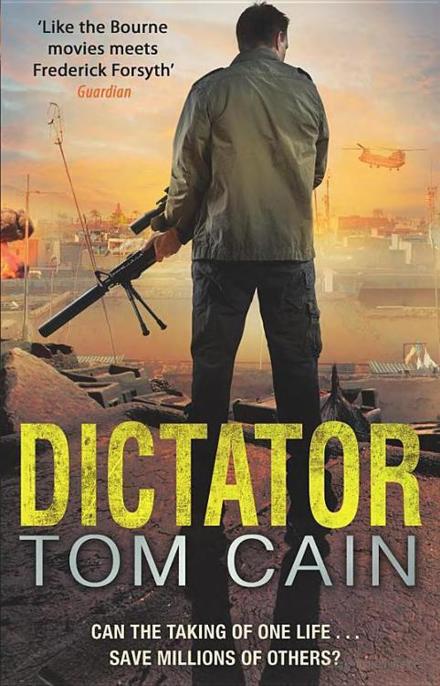 Tom Cain has asserted his right under the Copyright, Designs and Patents Act 1988 to be identified as the author of this work.

The Accident Man
The Survivor
Assassin

Carver sat astride the girl’s broad hips and ran his cool green eyes over her naked torso. Her belly was by no means fat, but it had a proper female curve to it. Her breasts were full and weighty. Her features were anything but delicate: the nose a little too big, the jaw perhaps too heavy. But her mouth was a vivid slash of blood-red lips that parted to reveal strong white teeth, and her eyes were bright with spirit and life.

He leaned forward, reached out his right arm and very gently, experimentally, allowing barely any contact between her skin and his, brushed his hand across her left nipple. She shivered and gave a little gasp as it hardened against his palm. She threw her arms back on the pillow, the wrists crossed above her head as if tied by invisible cords to his bedframe. Her fists had clenched at Carver’s first touch. He smiled and gave her other breast exactly the same treatment.

Then, he placed a hand on each breast, a little more firmly now. Taking all the strain in his back and stomach, so that his hands did not press down too hard, he lowered his head and let his lips and tongue play where his hands had just been. He felt her hips move beneath him and tightened the grip of his thighs, restricting her movements and increasing her frustration. She moaned as he took one of her nipples between his teeth and toyed with it, biting her with delicate precision, just enough to hurt a very little.

Now Carver ran his hands down both sides of her ribcage till they settled in the dip of her waist. His mouth delivered weightless kisses to the undersides of her breasts and the downy, peachy skin that surrounded her belly button. He explored that with his tongue for a second, tickling her, and then shifted position so that his arms moved off her body on to the mattress, taking his weight as his legs slipped between hers and slowly but inexorably forced her thighs apart. She put up a token, playful resistance. She was strong, but he was stronger. They both knew this was a contest he was always going to win.

His mouth brushed against the thin strip of pubic hair, just a few wisps to toy with as she tilted her pelvis to bring herself closer to him. There was another moan now, a little louder this time, in anticipation of the feel of his tongue inside her. She moved her own hands down to his head, almost cradling it as she ran her fingers through his hair, trying to guide him to her, but Carver wasn’t in any hurry. Instead of carrying on down, he teased her a little, kissing the insides of her thighs, right at the very top, so that he was breathing in the smell of her, feeling her heat.

His own hips were moving now and he could feel his hardness between his body and the sheets. He was frustrating himself as much as her, but that was just part of the fun, seeing who could hold out the longest. Her fingernails were digging into his scalp, scratching the skin, urging him on. The moment was getting closer. He placed his lips against her, tasted her for the first time, and then …

Mosaic by Leigh Talbert Moore
Angel in the Parlor by Nancy Willard
Diabolical by Hank Schwaeble
Nectar: DD Prince by Prince, DD
Dark Descendant by Jenna Black
Beware of the Trains by Edmund Crispin
Her Christmas Hero by Linda Warren
Finn by Madison Stevens
A Brief Guide to Star Trek by Brian J Robb
The Betrayal by Kathleen O'Neal Gear