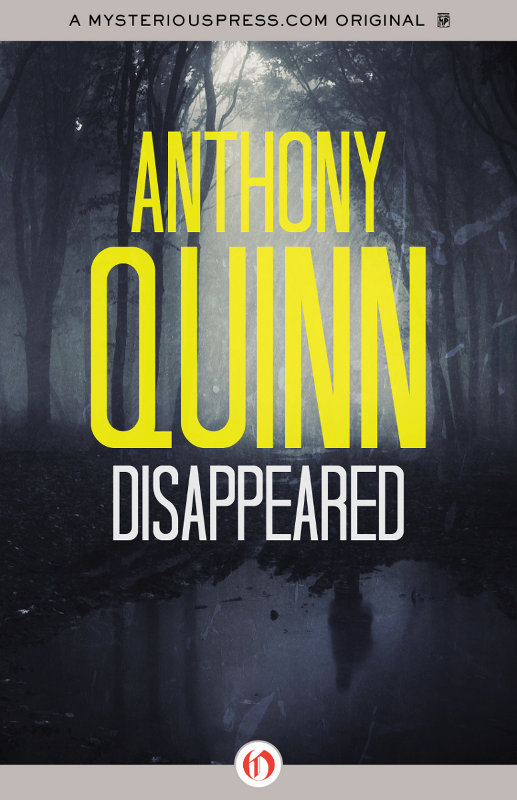 For Cathal and Marie

who listened to my first stories with a smile

A
ll winter, retired Special Branch agent David Hughes waited for the sun to shear the black horizon and lift the gloom. The winds had been fierce, blowing the heavy clouds around the sky but never clearing them. Each dawn a dark tinge spread from the east, casting the hills in a murky glow, so that there was not one colorful thing for his mind to take refuge in. The fields around his farmhouse were stark and muddy, lined with the black barbed wire of thorn trees.

That afternoon he was so agitated, he could not settle in the house. The wind from the lough had turned dark again. Dark as night because it closed in and shut out the world, blundering against the stone walls of the cottage, scoring against the roof, scouring the windows, jabbing with its sharp fingers into his mind until he felt the demon shadows dance to the surface.

To calm his nerves he downed a dose of the pills his doctor had prescribed him. The tablets no longer helped him sleep, but they had the effect of postponing the present, reducing him to a numbed and haggard shadow of himself. Better that, he thought, than be prey to the tumult of voices rising from the cracks in his mind.

With grim resolution, he turned on the television and watched a DIY series, followed by a chat show, and then a program about flight attendants. He flicked from station to station, drifting in and out of consciousness. Gradually he subsided back to the present, to the dull order of a winter’s evening. Limping slightly, he walked into the kitchen, put on the kettle, and looked out the window.

At the bottom of the garden, he could see the figure of a man signaling wildly with his arms. He had seen him earlier, making his way along the thorn hedge that divided the garden from the farm. Now he was standing under an old oak tree in full view of the cottage, waving his arms in the air as if throwing invisible stones in anger.

David Hughes forgot about his tea and the biscuit he had placed at the side of a saucer. The sight of the stranger had distracted him. In the hall, he wrapped himself up against the howling wind. He was aware from his reflection and the evidence of his overcoat that he had lost weight. Slowly and reluctantly, he made his way outside. The roar of the wind was deafening. It made his head whirl as though he had banged it against something.

It was only when he walked right up to the stranger that he realized the man was shouting. It was the black wind drowning out everything else.

Perhaps I should be more afraid of this stranger than my illness, and the wind that has blown all winter, thought Hughes. I should leave him alone with whatever is annoying him and return to my humdrum evening and the safety of the house. Why bother a tormented man flailing his arms and shouting to himself on a winter evening?

But he felt emboldened by curiosity.

“What’s troubling you?” he asked, smiling conscientiously, playing the part of a harmless, hospitable old man.

The man was still gesticulating and shouting, but the sound was smothered by the shadows flying through the air. The wind had taken hold of the branches above them, grinding them together, and the spaces between the branches were filled with the roar of the lough.

As he spoke, Hughes was aware of the sound of the wind and the branches vanishing, and the dim sky becoming darker. The man’s face shone with a cold light.

“Do you think we can determine how we live and die?” he asked.

Hughes laughed, deriving a dour amusement from the stranger’s question. “Only in the small details,” he answered. “We all flow from chaos.”

The stranger produced a small metal object from his pocket, and passed it back and forth in his hands like a toy.

The stranger explained that it was a special type of battery.

“By itself it’s harmless,” he said. “But it’s meant to power the timing device of a bomb that will kill many people. The very thought of it makes me shudder.”

“I’m going to make sure I botch this one,” he announced to Hughes. “It’s going to be the last job I ever do for the IRA.”

The stranger’s face was very pale. Hughes could see the compassion in his eyes, like that of a father desperate to remove a splinter from his son’s thumb.

The details of the story rang a bell. A picture from the past began to form inside Hughes’s head.

“Who are you? You can’t be who I think you are.” Hughes’s voice was suddenly aggressive.

The rising moon peeked out through the heavy clouds and then disappeared again.

“Do you hear me?” he shouted. “Who are you? I can’t be talking to Oliver Jordan. He’s been dead for nearly twenty years.”

“I’ve returned,” said the stranger. “I’ve come back with this black winter wind to sniff out my killers.”

The old man stepped back shakily. There had always been something odd about Jordan’s death.

“Aren’t all murders odd?” the stranger asked, as if listening to his thoughts.

But there had been something particularly disturbing about Jordan’s. Not only the failed police investigation, but also the years of silence from Republican paramilitaries. Who would have thought that a bad deed, buried away in the past, would be brought up by a ghost like this on a wild winter’s evening?

“You’ve caught me off my guard,” said Hughes, his voice carrying a hint of complaint. “The authorities could never explain your disappearance. What do you want of me?”

He could see the dark bands around the stranger’s wrists where his captors had bound him. The picture was now fully formed in his mind. He saw a man tied with binder twine hanging upside down in a cattle shed, burn marks on the back of his hands, clumps of torn-out hair lying on the manure-decorated floor.

“Dead bodies weigh more than live ones,” said the stranger.

“I know. I’ve been carrying the memory of yours for years.”

“But you’ve carried it all the way to a dead end. It’s time to go back.”

“I want you to go back over the investigation. Tie up all the loose ends. You’re the only one left who can solve the mystery of my disappearance.”

“Why have you come to me at this stage of my life? Look at me. I’m good for nothing now.”

“Even you must have a soul. You must do this for your own salvation.”

“But my memory is failing. I lose faces, names, dates, as easily as buttons popping off a shirt. My mind is falling apart.”

“If you want to have peace, you’ll find a way to remember.”

The stranger handed the old man the battery, his first lead.

“Do this for me. On your own. Without the police or anyone else. They’ll only hold you back.”

He examined the battery and placed it in his pocket.

The wind rose again, and a hail of thorns flew through the air, pricking the stranger’s hands and face.

“Good,” he said. “I’ll come back in a month’s time to check on your progress.”

The flow of thorns intensified, scratching the air like the noise of a scythe being sharpened. The stranger’s face seemed to wilt under the deluge. He fell back and his body was suddenly swept away like a black blanket into the howling air.

“T
his time they plan to kill you.”

Joseph Devine turned his head in the cramped bird-hide to see who had spoken, but there was no one there. His eyes were tired, and were watering in the biting wind that gusted a mile from the gray shore.

“For God’s sake, hasn’t scaring me been enough?” he whispered.

“Not this time. Not for them. They’ve waited too long.”

“I never harmed anyone,” he said. But that was what he always claimed.

All day he had been hiding on an island that was a haven for waterfowl but a precarious sanctuary for a frightened old spy.

Even here, the voice had followed him.

“I’ve given up informing,” he pleaded. “I’ve stopped pretending to be something I’m not. Can’t they see that?”

“Don’t you know, Joseph?” goaded the voice. “A spy without an act is very soon no spy at all.”

There was nothing more he could say.

He peeped through the binoculars at the scene he feared had been planned as the stage for his death—an empty cottage huddled within a wooded shoreline. It was still difficult for him to imagine that he was going to die now, at this stage of his life, with the Troubles over, and a cease-fire in place.

The voice had him hemmed in with guilt.

“Your conscience has finally worn you out, Joseph. It waited patiently all these years. It had an advantage over you. Time.”

For most of his life Joseph Devine had been running from someone or something, the British Army, the Royal Ulster Constabulary, the IRA, strange cars in the rearview mirror, unexpected phone calls late at night, even the shadows at the bottom of the lane. Not that he would ever admit a tremor of remorse for the betrayals he had carried out during his forty-year career, but he had never stopped glancing over his shoulder, looking for the shadows he knew would always be there. When the Troubles ended, and Special Branch effectively retired him, his greatest fear was that suddenly he had eluded even the most secretive of his pursuers. What void had he tumbled into now they were gone? If no one was watching him, he knew he would never be free from himself and the voices in his head.

The plaintive call of a mallard drake cut through the air and, cupping his hands, he made a raspy guttural sound in reply, stringing four hail quacks together quickly, coaxing the anxious bird to return to the hide. He was keeping the creature close by in the hope that it would toll an alarm at the approach of an intruder. He expected even the snap of a twig end to set off a Geiger counter of quacking.

The drake heard the imitation of a hen in distress and, banking hard, turned and flew straight back. About twenty yards from the hide, it fluttered its wings and landed on the water. Devine allowed himself a brief smile at the bird’s smooth return.

Jaded by Tijan
Enigma: Prologue to Live Wire by Lora Leigh
The Red Road by Denise Mina
Betrayals in Spring by Leigh, Trisha
Caitlin's Choice by Attalla, Kat
Tentacle Death Trip by Jordan Krall
Deception by John Altman
Women Who Love Black Meat by Elaine Shuel
Broken by McGee, J.B.
We Know It Was You by Maggie Thrash