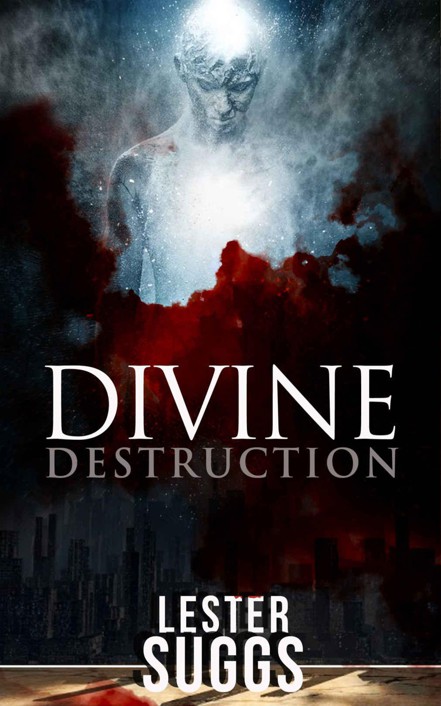 The Dream of Sand

The Dream of Children

Three Minds in One

A Call from Work

A Train of Thought

I would like to thank my editor, Elizabeth Keenan.

Without her attention to detail and a ferocious appetite to argue, this book you are about to read would seem feral, untamed, and without direction. Elizabeth took the time to school me on writing. She has made me a better writer.

From the start, Ann was supportive and excited reading my first drafts. She kept me going with excellent and insightful feedback. I can’t thank Ann enough.

My far away support, Jamie Showrank.

Jamie prodded me to go the way of Amazon and eBook instead of bashing my face against the firm wall of physical book publishers. It was a tremendous spark.

This may seem odd to most readers but I feel compelled to recognize and show appreciation to that other part of me. My imagination is more than just the additional unrecognized flavor in my sauce. My imagination has its own mind. Its own personality. Since I was old enough to speak, people have been telling me to make something out of my imagination. In my youth I made my own toys. My imagination had the vocation of entertaining the public me. For decades I believed my imagination was responsible for my achievements across my varied professional careers. But one night my imagination showed me its true self and how wrong I was about my other self. I was given a dream. That dream was repeated over the next two years. A second dream followed, and was repeated. I puzzled what to do with those two dreams.

I give you the beginning of the story which spans those two dreams.

“Angels, created by God from light, are an entirely different creation to humans. Unlike humans they are devoid of free will. Angels do the bidding of their Lord.”

Gabriel stood in shadow just inside the temple’s outer walls. Two guards lay limp near the north gate. He had dragged the heavy guards as far as this body could. The seven day walk from the coast had left the fisherman’s body weak and tired. Thinking, Gabriel couldn’t recall stopping for food on the long walk. The water skin had run dry on the sixth day. Gabriel would need to take better care of future vessels. But this body’s purpose was nearly at an end. There were no instructions to worry for the physical well being of a vessel for visits this short. Checking, this selfless version of Gabriel had no instruction for a long term mission. He queried again and made a note to follow up once back in Heaven.

From the distance the Archangel heard a tone. His awareness counted twelve muted beats. Each a deep throng. Long pauses between tones. The midnight service would begin soon. The automaton Gabriel checked the condition of his physical form to ensure he wouldn’t cause unnecessary fright from the priest. He would fail his mission if this vessel’s form was missing a finger, toe, eye, or had an open wound Gabriel wasn’t aware. If he would be allowed on Earth with his full consciousness he would laugh at that last thought. But that thought was quickly suppressed under layers of control, conditioning, and elaborate programming.

Gabriel moved from beneath the shadows and quickly passed under the four torches placed outside the entrance of the Sanctuary. Coming into the antechamber the Holy automaton representation of God’s Sword paused. An instruction processed and a small prayer said aloud, albeit quietly. Words never heard by a human ear. Removing his sandals, Gabriel stepped toward the massive doors that separated the anteroom and the Sanctuary proper. The doors were black and banded by crude iron straps for strength. Large iron and bronze nails dotted the straps and cross beams.

Gabriel stopped again and listened for any sign he would be interrupted. At first there was no sound whatsoever. The night was silent. Then he could hear Zechariah begin his prayers. His voice almost in a song. Worshippers would come to seek God’s blessing soon. These midnight services were meant more as a celestial milestone more than a requirement for sacrament. Even so, some would come.

A guard stepped through the right hand door and startled the vessel and Gabriel. The Archangel’s wings, in their pure Angelic energy form, burst from his vessel’s physical form. The visual effect was one of light overlaid and then cresting the fisherman’s back. This caused the guard’s mouth and eyes to open to their fullest and a short gurgle passed the guard’s throat. In the next moment, the guard’s flesh was turned to ash in an instantaneous wave passing from feet to head. Since Gabriel’s feet, rather the feet of his vessel Gabriel possessed, were touching ground, it was easier to spread the pestilent through physical contact. The ash figure stood for a few moments before the leather and bronze armor pulled the form apart and thudded to the ground. Gabriel caught the helmet and paced it quietly on a bench.

Gabriel waited at the door, listening again. He heard nothing. His programming began searching for correct response and action if he had been seen or heard reducing the guard. But, the priest began speaking again, continuing the invocation. Quietly, Gabriel opened the left door and stepped around the spilled ashes and bits of boiled leather armor. Zechariah stood before a large alter, candles lit on either side. A large metal bowl was centered on the alter. Smoke poured from incense in the bowl. Gabriel noted the earthy smell. A hint of spice mixed with the open air inside the temple. Tapestries covered the sand colored walls to the left and right but the wall directly behind the alter was bare of cloth. Instead the crude symbol of divine majesty - a polished bronze lamp with a single flame was centered on a stone shelf. In regular intervals sconce lamps lined the circular interior walls. At this time of night the ceiling wasn’t visible above the candle light. The effect was as if the ceiling went on forever. The darkness above complete. Almost a solid. However, the sounds of crickets could be heard above him. There were openings to the air above him, he realized.

Gabriel moved the vessel’s form inside the sanctuary. The large door quietly thunked behind him. Carefully, he looked into every shadow of the room, ensuring he and the priest were alone. Quietly he approached the priest. His bare feet padded over clean sand. Five paces behind Zechariah he stopped and reached out with his senses. Pulses of passive energy spread out above and around Gabriel. Three swallows and a martin nested in the rafters above. A small band of golden jackal was making its way into the city seeking stray house pets, let out for the night. Gabriel could sense dozens of domesticated house pets near. Some towns folk were coming up the hill to receive the priest’s blessing. But no humans were within extended ear shot.

The Archangel made the vessel clear its throat. The priest made a startled shudder tilting his head slightly to one side in an effort to catch the sound again.

“Zechariah, priest, “ Gabriel said through the voice of the captured fisherman.

Zechariah placed a crude tome upon the alter and turned to meet the voice.

“You interrupt my service to God in the temple of our lord!” Zechariah said. His anger was bluster Gabriel knew.

“Be silent,” the fisherman said without control. He stepped closer.

“Who are you?” the priest asked.

Fear, Gabriel felt fear from the priest. ‘Good,’ thought Gabriel. He stepped closer again. Gabriel and the priest were in arms reach of each other now. He knew the priest could see his dirty sun burnt face. And his eyes.

And the priest did. Gabriel marveled in the change of expression of the priest.

“Your eyes! They are as the night sky but swimming in a river of blue. Who are you?” the priest asked again.

“God commands you to leave this temple. Go to your wife. Be kind to her. Be with her. She will bare a son. John will be his name.”

“My wife and I are too far along in our lives to have children. Our children have grand children. Who are you to speak such words?”

Gabriel stepped half the distance and placed a hand on Zechariah’s shoulder.

“John will usher in the physical form of God on Earth,” Gabriel said.

He watched as the priest’s expression changed again. And again.

“If you speak for God, rain fire down from the heavens. Quiet the night. Let us step outside while you blot out the stars,” Zechariah demanded.

Gabriel could see the courage rise within the old man despite the words from God. He affixed a look of anger upon his physical form and stood in silence, granting Zechariah a moment to reconsider.

“Guard!” Zechariah shouted. “Guard!” The priest step aside Gabriel to make his way to the door.

Gabriel reached out and held Zechariah fast and let slip his proof upon Zechariah. Massive blue-white wings grew from the man Gabriel had possessed and opened, illuminating the temple with blinding perfection.

“I am the sword of God. The only divine messenger to Earth. I am vengeance, judgment, eyes of our Lord, and through me I take your voice. You shall remain mute until the deeds I have given you are met.”

Zechariah stood motionless in Gabriel’s grip. His eyes had opened and dilated against Gabriel’s brilliance.

Gabriel released Zechariah and made his way to the darkened doors. He drew in his angelic energy and his vessel passed through the anteroom and into the courtyard. Zechariah followed Gabriel. The priest could not remove the look of frightened wonder from his face.

As was normal for this ceremony, after Zechariah had given his observance to God he would come to the courtyard and bless the faithful who would brave the night. Gabriel passed between the few people kneeling in the courtyard, appearing as just another monthly pilgrim. Zechariah stopped when he saw the small gathering and raised his hand to offer his blessing. But no words came from the priest. He took in a deeper breath but could not form sound. In frustration he bent and lifted a rock, throwing it in the direction of the gate. Gabriel, and the fisherman he possessed, were no longer there.

Gabriel walked until he could no longer hear the sounds of the sleeping city. Coyote calls floated with the fog. This body was exhausted. Together they found a low rock upon a ridge and sat. Gabriel found and read the holy code for removing himself from the fisherman. Deep inside the automaton a small voice asked for the procedure to wait. Gabriel paused. Curious.

“Give this soul until dawn,” the voice said. “You have taken him from his wife, his children.” This voice was comforting to Gabriel, in this controlled state, if he could recognize comfort. It was his voice. Part of him could not acknowledge but obeyed. Just this time.

My Blood To Give by Paula Paradis
Full Steam Ahead by Karen Witemeyer
Secrets Dispelled by Raven McAllan
Surviving Doctor Vincent: The Good Doctor Trilogy Book 2 by Renea Mason
Silhouette by Dave Swavely
Silenced Justice: A Josh Williams Novel by Joe Broadmeadow
Eloisa's Adventure by King, Rebecca
ONCE UPON A LIE (A Fitzjohn Mystery) by Paterson, Jill
Swindlers by Buffa, D.W.
Queen of Demons by David Drake