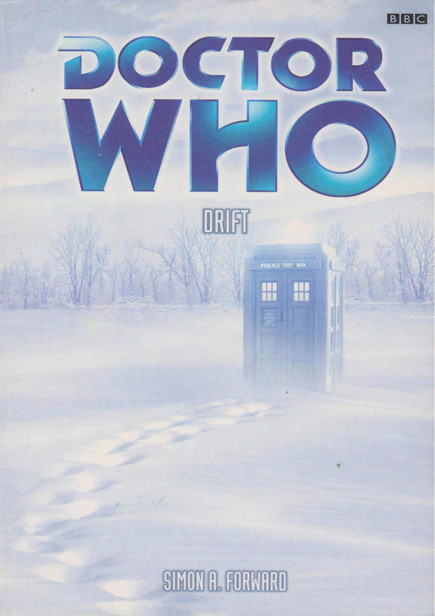 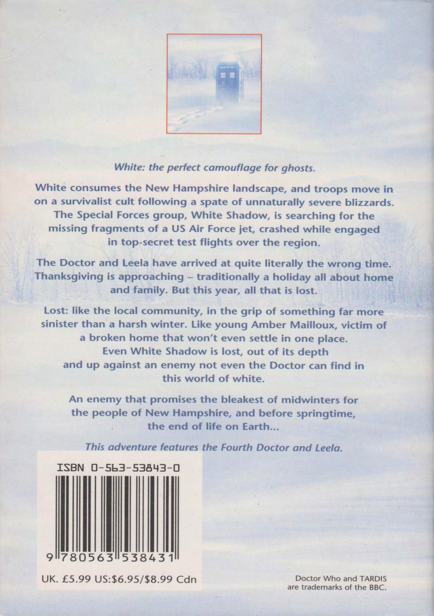 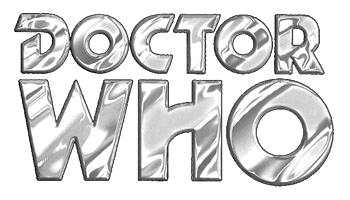 Doctor Who and TARDIS are trademarks of the BBC

Home is where the heart is.

This is for all those who have ever lost heart.

Cold perched in the trees. Talons of ice dug into white birches and the air had turned to crisp powder.

In white space, nothing moved.

Then, figures came into being like sketches on a blank page, pencilled in lightly, as though expecting to be erased at any moment. They fanned wide, drawing a grey half-circle around the brown snow-capped house, closing around it like a snare. The soldiers were clad in white, darker than the white of the landscape. The house peered out as though from a burrow in the hill, like a timid rabbit, sensing the danger.

Captain Morgan Shaw hoped those inside the house were too busy fending off the cold to be on the lookout for trouble.

He clapped his gloved hands smartly together and breathed into them. The shoulder-slung SMG batted lightly Slowly, his gaze swept from the house to the scarred bark of the woods beyond; he motioned his platoon of ghosts to a stop. Beautiful, he thought, breathing it in deep. He remembered playing soldiers with Kenzie, weaving through those same trees, charging the high ground with stick-guns and snow-ball grenades. The memory was as solid as the crunch of snow underfoot.

The weather hadn‟t been quite as unfriendly and there‟d been sunshine to make those birches gleam. They ran so fast, him and his brother, puffing like steam locos and leaving their breath hanging in the air behind them. No wind: the air had been frozen. Time too, that morning when Kenzie chucked a snow-bomb packed with shrapnel and smashed one of those self-same windows that were staring back at Morgan right

Morgan, scared as a rat, had made it home first that day.

His old man had heard all about it by then and he‟d waited on Kenzie, silent as the mountain, before whipping them both hard enough to crack the ice in their lungs. Winter never tasted quite as sweet after that.

Not until today anyhow, Morgan told himself.

Somewhere out in the whiteness his snipers were covering the scene, waiting for a blink from those windows. Over on his left, Bob Marotta‟s ammo belt was jingling like a dull string of sleigh bells. Too quiet to reach the house, but loud enough to break the spell.

„Do these people even celebrate Thanksgiving?‟ the big guy had asked at the briefing. Morgan had told him, „Not this year. White Shadow is coming to gatecrash.‟

Morgan was seriously back in today, twenty-plus years on, ready to play for real. This was home turf, an easy match.

They‟d made the forty-yard line without so much as a tackle from the opposing team.

The old doc who used to own this house was dead. A real fearsome guy; Morgan used to reckon he was half-dead anyhow, and wished him dead more than a few times on top of that. After the wishes came true, the house had gone to ruin and this bunch had practically stolen the place. They hadn‟t done a lot with it either, far as he could see.

A small figure trotted out of the mist to his left, a pat on Marotta‟s shoulder as she passed and fell into step beside her captain. The bulk of her parka and her pack just about doubled her size. There was a black light in her eyes and the general darkness of her seemed a defiance of nature. Wearing her bead-banded cowboy hat and feathers with an ancient sort of pride, she‟d have you believe she was just the opposite.

„What do we have in there, Kristal?‟

She gripped her M16 like she was ready to drive it into someone‟s gut. Those eyes didn‟t leave the house. „Many spirits. Or one, big enough to swallow the world.‟

The cold snaked around Morgan‟s throat. He made sure the zipper was up as far as it would go. „Yeah, can we have that in the white man‟s tongue?‟

Kristal snarled, a real redskin savage. Then she spat a pearl of saliva. „Have your fun now, Captain. I don‟t think this is going to be the breeze you‟re expecting.‟

She stalked ahead of him, the same way a pony can best a horse through deep snow. She‟d win any argument through sheer stamina. That face of hers, flat like an owl‟s with a Roman beak, might have been carved out of red rock. Morgan laughed quietly and signalled to Marotta. The Gunny grinned as he came hiking over, all set to blow the house down with a little huff and puff.

„Not if we do it my way,‟ Morgan murmured to the air.

Well, if it came to a messy gunfight he just hoped all these screwballs were from out of town. He‟d hate to have to shoot anyone he knew.

By way of an answer the vampire sky flocked to the trees, to perch alongside the cold, waiting for a splash of red to quench its thirst for colour.

That chill sea of rolling white seemed a kinder world right now to Amber Mailloux than the lightly toasted living room from which she stood and gazed out, hoping to hypnotise herself with the wilderness. Some days it was so beautiful out there, she could float out over the deck and lose herself in the knitted trees. But not today. Today it was like that painting she‟d gone over with a spray-can of white. Besides, there was nothing to focus on and her cheeks were burning from her shouting match.

Her face crumpled and she cried in tiny gasps.

„Listen,‟ said the voice that had made her stamp and scream. „I‟m not going to pretend with you. I never have. You can‟t kid a kid.‟

He stopped and maybe he guessed how dumb that sounded. She kept staring out the window. If he saw her smirk, he‟d only tell her how he‟d wipe it off her face - but he‟d never do that. Not Makenzie.

Daddy always kept that sort of promise. But he wasn‟t going to make it here for Thanksgiving. And nobody really cared about that except Amber.

They made like they cared, they were
sorry,
but nobody wanted him here. Only Amber - and she couldn‟t help that.

Makenzie took one of his heavy steps closer; he always moved so clumsy. She wasn‟t afraid of him but it was a shock, when he spun her round by the shoulders to face him.

„Your Daddy hurt your Mom and I will
never
like him for that, you get that?‟ Amber made a face like she‟d tasted poison and all she saw was Makenzie‟s badge.

„Don‟t you smart-mouth me!‟ Oh yeah, Makenzie could shout. After Daddy, Mom never let any of them hit her. But Makenzie, he never went further than lifting his hand to strike, and then he‟d only shout a
lot
louder. For a change his voice softened. „I could tell you I‟m not happy he‟s not coming, but part of me would be lying.
Part
of me, because part of me really feels for you. Amber - for what you‟re going through. Now, maybe we could sit down and talk about that-‟

Amber glanced at his eyes and that was a mistake.

Despite the tone, his face had stayed angry and that made her want to laugh. She drank a deep breath, thought about what she might say, then the laugh broke out as tears.

Why couldn‟t he just hit her and get it over with? He said he wanted to talk but he was looking at her like that time she‟d sprayed over that Andrew Wyeth print. A cheap present he‟d given Mom: Amber had wanted to wipe out the world for that little girl sitting lonely in her cornfield.

‘Get away from me!’
She screamed it like she‟d wanted to scream at Daddy. And, knowing she was the only one going to make it happen, she pushed past Makenzie and grabbed her coat from the hall.

She slammed the door behind her and stormed out into the kinder world, where the air swooped down to enfold her in its chill wings.

Martha Mailloux heard the ground crunching like a carpet of potato-chips and glanced up in time to catch the flap of a sleeve in her hair, and watched her daughter wrestling to get into her coat as she marched on past and on to the road. Not that there was a road.

Under the heaped snows, the road from Mak‟s cabin had only ever been a dirt-track. They‟d taken the best part of a summer afternoon - yeah, a different world - hauling Martha‟s trailer up the goddamn mountain; Mak bitching at his truck every turn, like she was some horse refusing a fence.

So long as he wasn‟t bitching at Martha‟s trailer. Sure she‟d moved in with Mak; it seemed the right thing to do, with her new job and all. But she hadn‟t really moved out of that crate-on-wheels - and Mak knew it. Maybe that was why he‟d stranded the thing up here, like Noah‟s Ark.

Martha brooded over the piled drifts, reminding her of every birthday cake she‟d done her best to frost for Amber. Yeah, springtime, maybe this flood will just melt and carry us some place where people don‟t beat on you with their looks.

She wiped her hair back with her sleeve, where the brush with Amber had set it loose. Glancing back at the cabin, where Mak had stepped out on deck to appeal to her with a look, she offered him a smile. Today their fight had to have been about Curt; that lame son-of-a-
bitch
, setting his little girl up for a fall.

She dug the shovel hard in the ground, clearing the snow from around her trailer. Something to do in place of a workout.

„What do you want me to do about it, Mak? It‟s between you and her.‟

Martha noticed the sore silence and felt kind of sorry. She wasn‟t up for a fight, not with Mak. No, she was going to save her stuff for Curt - the one who deserved it all - over the phone if he never turned up. „Can‟t be nothing serious, hon,‟

Bold Counsel (The Trials of Sarah Newby) by Vicary, Tim
Islands of Destiny: The Solomons Campaign and the Eclipse of the Rising Sun by John Prados
On the Way to a Wedding by Stengl, Suzanne
The Other Language by Francesca Marciano
Rakshasa by Knight, Alica
Roadside Bodhisattva by Di Filippo, Paul
Forever Girl by M. M. Crow
The Last Operation (The Remnants of War Series, Book 1) by Patrick Astre
Blaze by Nina Levine
Playing Days by Benjamin Markovits