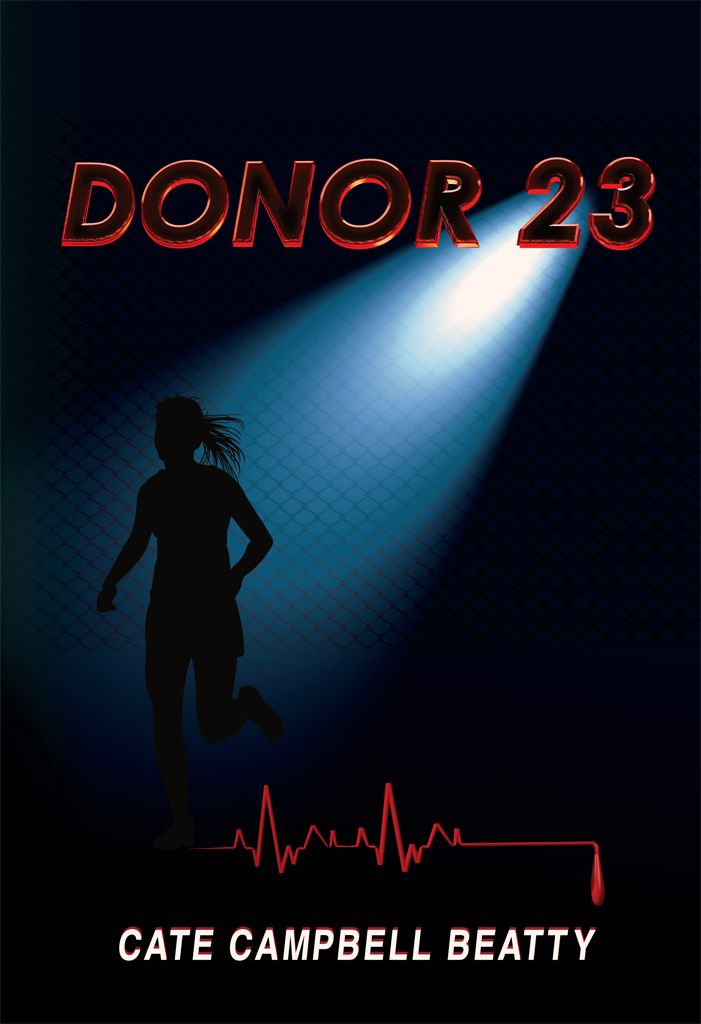 All rights reserved. No part of this publication may be reproduced, distributed, or transmitted in any form or by any means, including photocopying, recording, or other electronic or mechanical methods, without the prior written permission of the author, except in the case of brief quotations embodied in critical reviews and certain other noncommercial uses permitted by copyright law.

For My Parents, Stephen and Ann Campbell
My Husband, Dave
Our Boys, Chris and Will
And
In Memory of My Brother, David

T
he little girl yanked at the binds tied around her wrists. Two nurses stood over her. One held up a long, glistening needle attached to a tube snaking under the gurney. The girl wanted to lash out and kick the women, but nylon straps strangled her ankles against the metal rungs of the bed.

As one nurse held the girl’s left arm steady, the one with the needle tightened an elastic band just above the girl’s elbow. Soon the veins in her arm bulged. With her fingers the nurse began pushing at a vein, coaxing it closer to the surface. The artery’s bluish-purplish tint contrasted against the girl’s lightly tanned skin. She lowered the needle to the skin.

“Calm down,” the nurse uttered, annoyed.

Just one hour ago, the nine-year-old had been playing a rousing game of kickball on her neighborhood streets. She hadn’t paid attention as the uniformed officers drove up and began checking the tattoos of the young girls in the area. When they scanned her tattoo, one officer announced, “This is her. It’s 23.”

They pulled her toward their black van. She resisted them, kicking, hitting, and screaming.

The slam of the van’s thick door behind her stung her ears, and she stopped screaming. No sounds from the street could be heard inside the van, and the opposite was also true. After the bright sunlight, the darkness inside enveloped her. She plastered her tear-streaked face against the van’s blackened window and saw her friends on the street watch in horror as the van drove away.

Now, she lay strapped hand and foot to the hospital gurney. The elastic band squeezed ever tighter on her arm. She felt as if her arm were a balloon, filling up with too much air, about to explode.

“She gave a bloody lip to one of the officers,” chuckled the nurse with the needle.

“It’s her first tax. And it’s an emergency surgery,” the second nurse murmured. She leaned closer to the young child, “Settle down, 23. It’s easier that way.”

“It’s just a minor donation. You’ll be fine,” the second nurse tried to calm her, gently brushing the girl’s light brown hair off her forehead.

But the girl didn’t relax. She wasn’t fine. With surprising strength for her age and size, she jerked her arm, stretching the nylon restraint band almost to its breaking point.

The nurse with the needle angrily stepped back, “This is crazy. Our Governor’s daughter is waiting in the next room, and we’re fighting with this donor kid. Our Governor! I’m not getting fired over this. Or sent to some labor camp.”

With vicious force both women pressed hard on the girl’s small shoulders, pinning her down and indenting the bolts of the gurney’s underlying metal frame into her back. The girl yelped in pain.

A man dressed in surgical clothes stormed into the room.

“Oh, Dr. Melnick,” the second nurse said with apprehension. “Almost. Getting the anesthesia in. It’s her first tax. She’s fighting us.”

“Hurry up. Her benefactor’s already prepped.”

The doctor towered over the gurney, and the child froze under his stern gaze. Taking advantage of the momentary gap in the girl’s struggles, the nurse quickly inserted the needle. The little girl jerked at the prick. A quick slap of strong tape held the needle in place, pierced deeply into the girl’s vein. Her blue eyes opened wide, spellbound as the nurse squeezed at a bag hanging nearby full of a green liquid, forcing it into the tube.

“A little fighter? That’ll have to change,” Dr. Melnick said impatiently, as he shook the tube to ensure it had no kinks to stop the lime-colored fluid from reaching its destination.

The girl fixated on the green liquid, unable to take her eyes from it as it slithered leisurely down the tube, creeping closer toward the needle into her arm, closer to her vein, closer to her lifeblood. The nurse squeezed the bag again, to hurry the powerful narcotic along its way. The girl realized it was over.

But like an animal in its last death throe, the girl’s strength welled up one final time, and she struggled violently, wrenching at the straps. The nurses didn’t care. They let her struggle. And the green slime reached the needle and flowed inside her.

A coldness permeated her arm. Little by little, the freeze crept up the inside of her arm to her shoulder. The chill reached to her neck. A frostiness.
Did they inject her with ice water?
Her eyelids seemed heavy, and she fought to keep them open.

As the child drifted off, in her last final bit of consciousness, the doctor’s voice echoed distantly in her ears. Like a judge issuing a life sentence in a simple way that made it all the more damning, Melnick uttered:

T
he tax left Joan with a three-inch scar running along the outside of her thigh. It glistened a deep reddish-pink, almost purple—a much deeper pink than her other, older scars. Joan knew over time it would fade. The surgery had been two months ago, and they removed part of her right femur musculature. As a donor Joan didn’t know the specifics of any operation. The doctors rarely bothered to inform them. Not that it mattered. There was nothing a donor could have done about it anyway. Joan knew that, and she accepted it. In fact, by now she was used to it.

The seventeen-year-old girl leaned back on the massage table and tried not to grimace as the physical therapist stretched her leg.

“You’re looser today,” he commented, “you regained a lot of your range of motion and strength already. You heal fast.”

She shrugged and sat up, her shoulder-length, light-brown hair pulled back in a ponytail.

He rubbed deeply into her muscle, “You’ve been working hard since the tax.”

Mankind had lost much science and technology a hundred years earlier, due to a random, wholly unexpected, and violent meeting between the Earth and an asteroid. But the wonders of current modern medicine, under the guidance of the Alliance, had discovered a way to craft full-organ transplant compatibility between two people through a transfusion of umbilical cord blood at or near birth.

The Living Tissue Tax and Beneficiary System, called the System for short, forced—or, in the language of the law,
taxed
—a donor to give up any organ or body tissue to his or her personal benefactor. At seventeen, Joan was painfully aware of her place as a donor in the System.

The physical therapist stepped away from Joan and looked out the large window of the enormous Fitness Center.

“What’s the commotion out there?”

Joan didn’t care and rubbed her thigh. She gently ran her finger along the fresh scar.

At the mention of Tegan’s name, Joan looked up. She shook out her leg and walked over to the window. Surrounded by cameras, Tegan walked from her limousine. Tegan was the daughter of the Governor and one of the top female athletes in the Alliance. Her boyfriend, Duncan Starr, who was also an athlete, accompanied her. Cameras flashed at the perfect couple—both of them vital, young seventeen-year-olds. Everything the two did splashed across front pages everywhere.

“Our Governor!” the therapist continued with increased excitement in his voice upon seeing the Governor. “We’ll be on the news tonight!”

He used the camera function on his wrist phone to take photos out the window. Joan gazed at Tegan in silence. Donors rarely knew the identity of their benefactors—one of the System’s unofficial rules. It worked better that way. But Joan knew Tegan was her benefactor. She had heard the nurses in the hospital talking during her first tax, when she was nine.

Since that first tax, Joan had donated portions of different muscles and tendons on many occasions—two from her leg a couple months ago. Joan was always left with enough to make sure she could still exercise, stay in top physical shape, and donate. And on top of that, she had to endure the blood donations—too many to count.