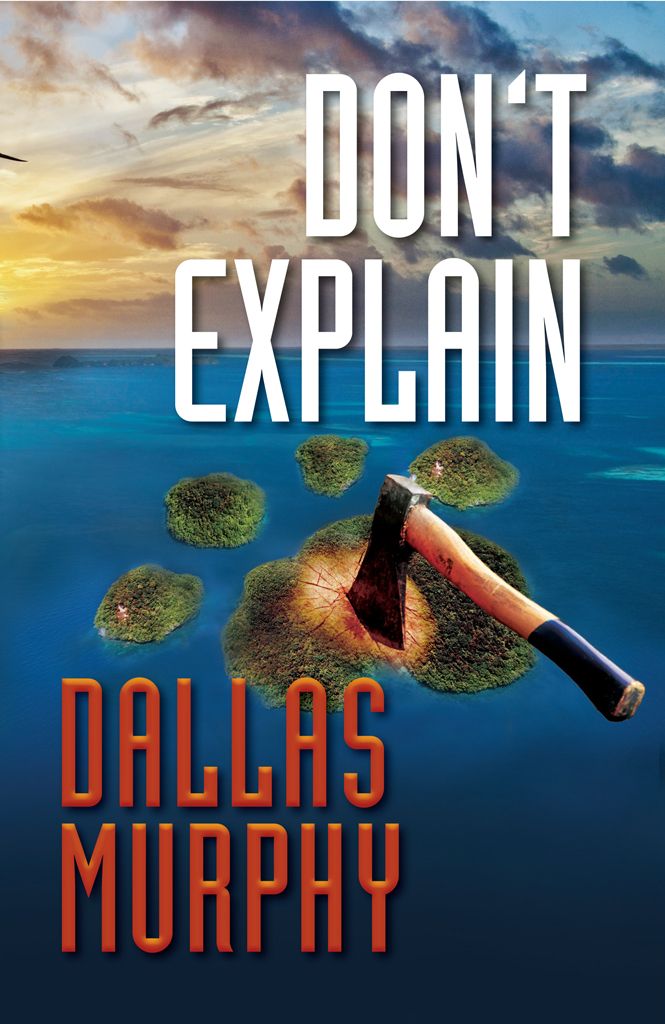 This is a work of fiction. Names, characters, places, and incidents either are the product of the author’s imagination or are used fictitiously. Any resemblance to actual events or persons, living or dead, is entirely coincidental.

There is no Kempshall Island, no town of Micmac, no county called Cabot. I’ve changed names and salient features to protect the living and the dead, the guilty and the innocent, and me, somewhere in between, depending on how you look at it.

W
ithout pressing engagements of my own, I watched Crystal dress for her tournament. She was sitting on the edge of the bed, drawing on a pair of black panty hose, smoothing them up her thighs, snapping the top against her belly. At that point, propped limpidly on an elbow, I wondered whether or not I could release the front toggle clasp of her bra with my teeth. It was a mere fantasy that arced across my consciousness unbidden. I never intended to try or even to mention it, and certainly not before a tournament when she needed to focus.

“You were looking at me funny.”

Crystal Spivey, the woman I love and with whom I live on a full-time basis, is a professional pool player. She is ranked about eighth in the country, depending on whose ranking you read, but lately she’s not been hitting them very well. She’s not been staying down on the ball, she’s been backing off some shots, particularly those requiring low cue ball. It’s psychological. I hope it’s not something I’ve caused, say by creating in her anxiety about oral assaults on her lingerie.

“Funny? What do you mean funny?” I asked innocently.

“Leeringly. You were leering,” she insisted.

I try never to leer. Or to appear to leer.

“I can’t hang around to be leered at.
III
have to go earn some money,” she said.

By stressing the personal pronoun, she was alluding to the fact that I earn none, that I live entirely off my dog. Jellyroll is a star of stage, screen, and retail packaging. Now part of the pop-cultural fabric of this nation, Jellyroll got his start as the R-r-ruff Dog, spokesdog for R-r-ruff Dogfood, a position he still holds. His smiling full-color countenance can be seen on boxes by the dozens in the Pet Needs aisle of every supermarket in North America. His sweet, trusting temperament and keen intelligence are reflected openly in his face, and the motion picture camera loves it. That face has made me financially untroubled. Though Crystal lives with us, she supports herself, keeping her finances separate from Jellyroll’s, because that’s how she wants it. Something about self-image, but sometimes I suspect she wants to maintain the right to needle me about my absence of personal ambition.

I admit that I am intrinsically unemployable. Maybe once I was employable, once I had promise as something or other, but no longer. Without a famous dog, I don’t know where I’d be. I nominally manage the charitable funds my lawyer and I established with Jellyroll’s money, but I maintain a shadowy anonymous stance as a philanthropist so people don’t bug me, don’t invite me places.

“So let’s hear the details?”

“Of the naughty things you were thinking about me.”

“Let’s see if you can.” She peeled off her shirt and put her hands behind her back—

I moved into what seemed an efficacious position. I didn’t know how to go about this thing, but succeed or fail, the sides of
Crystal’s breasts would nestle against my cheeks, how bad could it be? But the phone rang.

Crystal said she had to answer because her start time hadn’t been fixed yet. She was playing in a local tournament in a Brooklyn room that belonged to a friend of hers named Ronny. Ronny was delighted to have Crystal Spivey play in his tournament. She was warming up for the Southern Belle Nine Ball Festival in Memphis the following week. “It’s Shelly,” she said, offering me the receiver.

“Hello, Artie,” he said, “just calling to see how—you know, if everyone’s all right.” Shelly was Jellyroll’s agent, had been for years, but Shelly didn’t make social calls.

For a big deal maker, Shelly was pretty transparent. “Is something wrong?”

I let him dangle.

“Well, a small matter. Probably nothing. Probably just one of those things. I got some mail. You know, kind of nutty mail. From a fan. Just a harmless eccentric, you know the type.”

“Well, it implied certain threats to Jellyroll. Now take it easy. I knew you’d take it like that. That’s why—”

“What?” said Crystal in the background.

I motioned for her to come listen. I hugged her head close to the phone.

“Well, a couple weeks ago I get this note. The note’s written on the back of a bowling sheet. You know, a score sheet, lines and boxes, strikes and spares, from a bowling alley called Hi-Desert Bowl in Yucca Valley, California. That’s way out in the desert near Palm Springs. I looked it up.” Shelly was upset, but he tried to fake it. His voice quavered, and that scared me. “I’m sending it to you. I got a messenger on the way.”

“Well, it didn’t exactly
say
anything. I mean it didn’t directly threaten Jellyroll. That’s why I didn’t do anything about it at the time.”

“Hell, you know today. Today everybody’s nuts. I got nuts for clients, present company excepted, of course. That doesn’t mean they’re dangerous…not all of them. Today I got another bowling sheet.”

Crystal and I pronked straight up in the air when the downstairs buzzer went off. Jellyroll began to bark wildly.

“Hang on, Shelly. I think the messenger’s here.”

“Make sure that’s who it is,” Shelly cautioned, sending chills up my back.

I peeked out the view hole. The messenger wore lime-green spandex pants, Doc Martins, a black leather vest with no shirt, black gloves with silver spikes on the knuckles, motocross shin guards, and a metal-flake purple motorcycle helmet with a black visor that covered his entire head. Nothing of his face was visible. Over his tit was a tattoo I couldn’t decipher.

That’s the trouble with having psychos on your tail—you just never knew. But since most bicycle messengers saw themselves as knights in some stupid post-apocalyptic road game, and since we were expecting a messenger anyway, I opened the door and took what this one offered. The bicycle messenger’s tattoo said “Tough shit, Shirley.”

“Thank you,” I squeaked, signing his clipboard in return for the manila envelope with Shelly’s logo.

Jellyroll knew something was up.

I mutilated the envelope trying to get the damn thing open. There were three score sheets inside. They were each folded in quarters. I spread them out on the bed side by side. Jellyroll jumped up and walked on them, trying to get our attention because he was insecure in the changed mood. I gently told him to get down, and he placed himself between our legs, joining us as we examined the score sheets:

“It’s Cool Inside!” said a puffy snowman in icy letters along the top of the first sheet. This was the one Shelly spoke of—the Hi-Desert Bowl in Yucca Valley, California.

There had been two “players.” They printed their names in Magic Marker, all caps: PERRY and DICK. Instead of a score, they had drawn graveyard crosses in every block on the fucking sheet. I could see through the cheap newsprint that something had been Magic Markered on the back, a cartoon of some sort, but I wanted to see the fronts of all three sheets together before we turned them over. I guess I thought I was looking for clues to their psychology, for something that said they were harmless cranks.

The second one was from Del’s Bowl-More in Alasosa, Colorado. Del’s logo consisted of an empty pair of two-stepping cowboy boots drawn against a bowling ball backdrop. There was some bullshit about their bar and grill being the Best in the West. The bowlers were the same, PERRY and DICK, and their names were printed in the same block letters with the same felt tip pen, by the same psycho.

“Are you looking?” prodded Shelly.

One Simple Memory by Kelso, Jean
Possessed by Donald Spoto
Child of a Hidden Sea by A.M. Dellamonica
The Coal War by Upton Sinclair
The Law of Attraction by N. M. Silber
fall by Unknown
A Summer Fling by Milly Johnson
Silver by Talia Vance
Facing Off with Alexi (Witch Field Prowlers Book 2) by Selena Illyria
The Night Circus by Erin Morgenstern