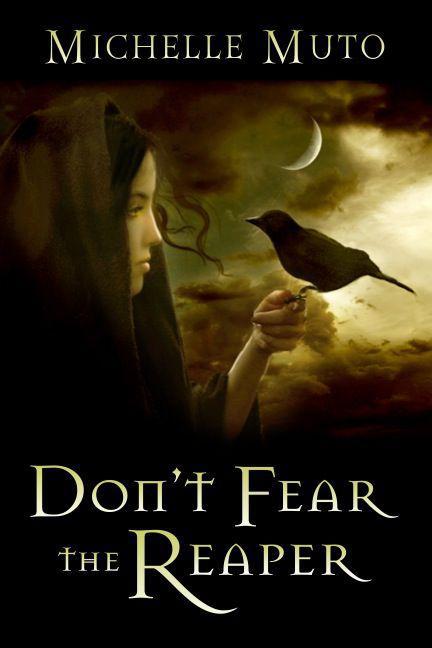 All Rights reserved, including the right to reproduce this book or portions thereof in any form whatsoever without prior written permission by the author. No part of this book may be reproduced, decompiled, reverse engineered, or stored or introduced into any information storage and retrieval system, in any form or by any means, whether electronic or mechanical, now known or hereinafter invented without express written permission of the author.

Please respect the hard work of this author.

This is a work of fiction. Names, characters, places, and incidents are either the product of the author’s imagination or are used fictitiously. Any resemblance to persons, living or dead, or to events or locations is entirely coincidental.

To my sister Sherry who is always there for me, even when we’re miles apart.

I love you more than words, Sis.

The Book of Lost Souls

Even though I walk through the valley of the shadow of death, I shall fear no evil, for they are with me.

I repeated my version of the psalm as I watched the ribbon of blood drift from my wrist. I’d hoped it would be a distraction—something to stop me from wondering what my sister’s dying thoughts had been. Exhaling slowly, I let the emptiness consume me.

Jordan had kept my secrets and I had kept hers. In the end, it came down to just one secret between us that took her life. Now, it would take mine. I should have said something, but nothing I said or did now could bring her back or make anyone understand what she meant to me.

Are you here, Jordan? Are you with me?
Tell me about heaven...

I told myself Jordan was gone, never coming back, but her memories continued to haunt me. I had no idea if there even
was
an afterlife. If God existed, I was convinced he had given up on me. Not once did I sense he’d heard a single one of my prayers. I wasn’t asking for the world—I only wanted to know if my sister was safe and at peace. What was so hard about that?

She should still be here. It wasn’t fair.

I’d been the difficult one—much more than Jordan. For a while, I’d even gotten into drugs. Mom and Dad had worried I’d get Jordan into drugs, too. But I wouldn’t. Not ever. Besides, that part of my life had been over long before Jordan’s death. A small gargoyle tattoo on my left shoulder was all that remained of my previous lifestyle.

Mom and Dad started treating me differently after Jordan’s funeral two months ago. She and I were twins, so I understood how hard it was for them to look at me and not see her. Sometimes, they wouldn’t look at me at all. Mom went to the psychiatrist, but no one asked if I needed to talk to someone about what happened. No one asked if I needed sleeping pills or antidepressants. Yeah, sure. Don’t give the former addict pills of
any
sort.

Not one person saw the all-consuming suffering that gnawed at my soul. Why couldn’t anyone see? Jordan had been more than my sister—she’d been my Samson, my strength. I would have done anything for her, and yet, I’d failed her. I wasn’t the one who’d killed her, but I might as well have been. How could I ever live with that? My heart had a stillness to it since her death.

I shall fear no evil.

I couldn’t very well recite the first part of Psalm 23 because it said I shall not want, and I
did
want. I wanted to go back in time. I wanted my sister back. Clearly, goodness and mercy were never going to be part of my life ever again. In my mind, I saw myself walking through the iron gates of hell with demons cackling gleefully all around.

I didn’t want to die. Not really. I was just tired and didn’t know of another way to stop the pain. Doctors removed a bad appendix. Dentists pulled rotten teeth. What was I supposed to do when my very essence hurt, when the cancer I’d come to call depression made every decent memory agonizingly unbearable?

Before I’d gotten down to cutting my wrist (I managed to only cut one), I’d taken a few swigs of Dad’s tequila—the good kind he kept in the basement freezer. I’d used another swig or two to chase down the remainder of Mom’s sleeping pills in the event I failed to hit an artery or vein. Then I’d set the bottle on the ledge of the tub in case I needed further liquid encouragement. Instead of using a knife or a razor, I attached a cutting blade to my Dad’s Dremel. The Dremel was faster, I reasoned. More efficient.

It would have been easier to OD, I suppose. But I felt closer to my sister this way, to suffer as she’d suffered.

I recited the line from Psalms 23 again. It had become my personal mantra.

The words resonated in my parents’ oversized bathroom. I’d chosen theirs because the Jacuzzi tub was larger than the tub in the hall bathroom. Jordan and I used to take bubble baths together in this same tub when we were little.

Innocence felt like a lifetime ago. I searched the bathroom for bubble bath but came up short. Soap might have made the laceration hurt more so it was probably just as well. Besides, the crimson streaming from my wrist like watercolor on silk was oddly mesmerizing.

The loneliness inside proved unrelenting, and the line from the psalms made me feel better. I prayed for the agony inside me to stop. I argued with God. Pleaded. But after all was said and done, I just wanted the darkness to call me home.

I tried not to think of who would find my body or who’d read the note I’d left. I blamed myself not only for failing Jordan, but for failing my parents, too.

My lifeline to this existence continued to bleed out into the warm water. Killing myself had been harder than I’d imagined. I hadn’t anticipated the searing fire racing through my veins. I reached for the tequila with my good arm but couldn’t quite manage. Tears welled in my eyes.

Part of me foolishly felt Jordan was here. The other part feared she wasn’t.

I imagined seeing my parents at my funeral—their gaunt faces, red-eyed and sleepless. How could I do this to them? Wasn’t the devastation of losing one child enough?

I shifted my body, attempted to get my uncooperative legs under me. I could see the phone on my parents’ nightstand. I could make it that far. Had to. The voice was right. I didn’t want to do this. I felt disorientated, dizzy. Darkness crept along the edges of my vision. Focusing became difficult. A sweeping shadow of black caught my attention. Someone stood in the bathroom—not my sister. A man. Had I managed to call 911? I couldn’t remember getting out of the tub. And why’d I get back in? Did I use a towel?

Mom is going to be pissed when she sees the blood I’ve tracked all over the bedroom carpet.

“It’s okay, Keely. Don’t be afraid.” Not my father’s voice. It was softer, with a hint of sorrow. Distant. Fleeting. Later, I’d feel embarrassed about this, but for now I was safe from the nothing I’d almost become. My teeth clattered from the chill. My eyelids fluttered in time with my breaths. The tub water had turned the color of port wine. The ribbons, the pretty, red watercolor ribbons were gone.

A voice whispered to me, and my consciousness floated to the surface again.

There was no fear in me as the man bent forward, his face inches from mine. He was my father’s age, and yet strangely older. His eyes were so...
blue,
almost iridescent. The irises were rimmed in a fine line of black, and the creases etched at the corners reminded me of sunbeams as he gave me a weak smile. The oddly. Dressed. Paramedic. A warm hand reached into the water and cradled mine. My fingers clutched his. I sighed, feeling myself floating, drifting. Light—high and intense exploded before me.
No! Too much. Too much!
I shuddered and labored to catch my breath, but it wouldn’t come.

Finally, the comfort of darkness rose to greet me.

The slow, steady drip of water woke me. It had cooled and my fingers were wrinkled. I shivered and rubbed my arms. A cursory glance told me I’d imagined the paramedic in black—I was alone and still in the tub. Chalk it up to blood loss, sleeping pills, and the hallucinogenic power of tequila.

Horrorstruck at what I had almost done, I quickly fumbled for the drain. I felt sluggish, my senses dull. But the more I moved about, the more the scrim of fog in my brain lifted.

Somewhere between getting out of the tub, showering, going back to my room and getting dressed, I had a serious lapse of memory. I mean, I know I must have done all those things, seeing as I was cleaned up and wearing different clothes, but I couldn’t remember doing any of it. Yeah, I definitely needed some espresso. A couple of years ago, I’d have taken an upper. Never again. After tonight’s close call, I’d even swear off aspirin.

My wrist didn’t hurt much. The cut was still there, but it was no longer bleeding. I examined the damage, careful not to tug on the surrounding skin and reopen the wound. It should have been deeper than this. I
remembered
it being deeper. I walked down the hall into the bathroom Jordan and I once shared to get a better look and find some ointment and a bandage. I probably needed stitches. But, a visit to the emergency room meant telling my parents I’d almost committed suicide and
that
wasn’t going to happen. Groggy or not, I might be able to drive myself to the hospital, but I didn’t want to risk that either. Someone might see what I’d tried to do and put me in the psych ward. Sure, I could say I’d cut myself by accident, but I feared the ER doctor would see the lie and the regret in my eyes.

I inspected my wrist again. I could have
sworn
the gash was larger and deeper just a few minutes ago. I decided against the ER. Without stitches, I’d have a nasty scar. After dabbing on some vitamin E and antiseptic, I searched for bandages, hoping the gash would eventually heal on its own.

I was lucky I hadn’t bled to death. Luckier still that I hadn’t drowned. How I managed to pass out and not fill my lungs with water, I don’t know. I’d read death by exsanguination rarely worked. Apparently, my subconscious remembered that fact when I’d chosen this method of suicide.

I finished bandaging my wrist, then hung over the toilet and stuck my finger down my throat hoping to rid myself of any undissolved pills or remaining tequila. I’d felt worse, but I’d also felt better. Regardless, I needed to get as much of that crap out of my stomach as possible. I retched a few times and my eyes watered, but nothing came up. At least I didn’t have that annoying buzzing in my head like I used to get after partying. The jittery sensation was thankfully absent as well, although everything—from my muscles to my breathing—felt muted and surreal.

I’d read in one of the pamphlets Mom got from her psychiatrist that grief was like drugs. Maybe I just had to bottom out. This time, I’d ask my parents for help. The pain couldn’t last forever, could it?