Don't Hate the Player...Hate the Game 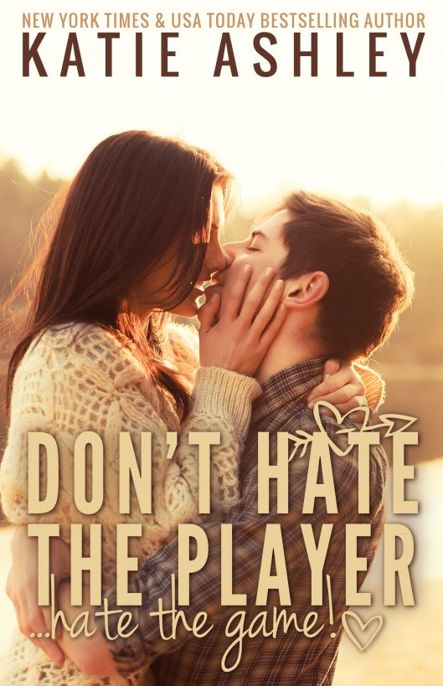 I would have never written this book without the loss
of one of my students. Cooper Newsome—you were taken far too soon,
and while you were far from the character who became Jake Nelson,
your tragic loss planted the seed for this novel. And for Lindsey
Norrell—whose sweet smile could light up a room and is sure to be
lighting up heaven now. This book is in loving memory of you
both.

And special gratitude to all the students of Liberty,
Creekland, and Adairsville Middle Schools along with Creekview,
LaFayette, and Cass High Schools who touched my life in so many
ways. Although writing was my dream since childhood, I know being a
teacher was what God called me to do for eleven and a half years.
The lessons you taught me, the laughter you brought me, and the
tears we shed together will live bright in my memory for all my
life. I thank you from the bottom of my heart and hope God richly
blesses you all the days of your life.

And finally to the memories of Travis Appling and
David Wheeler—the Cherokee High Class of 97’ was never the same
without you guys. All these years later, we still desperately feel
your loss and like the Kenny Chesney song, we wonder who you’d be
today.

As I slowly drifted back into consciousness,
my knee jerked upward, banging against the desk. “
SHIT
!”
flashed like neon in my mind, and I had to bite my lip to keep it
from escaping out my mouth. Instead, I peered around the room,
trying to gage whether the noise alerted anybody to my nap.

Nope. The coast was clear. Everyone else in the
classroom looked stoned or spaced out. Mr. Jones, a man who was a
cross between Clay Aiken and Pee Wee Herman, was perched on his
stool in the front of the room, droning on and on about the evils
of Big Brother in
1984
.

I rolled my eyes towards the ceiling. Jesus, the man
must have a screw loose. I mean, it was the first day back after
Spring Break and what was he doing? Lecturing.

I could have assured Mr. Jones that no one gave a
flying shit about George Orwell. Half the class was still hung over
from the previous week’s antics. Even the usual goody two shoes
wore expressions of pure boredom as their pens hung in midair over
their notebooks.

I ran a hand through my dark hair, hoping to smooth
down some of the places that looked like “desk hair’ where I’d been
napping. My mouth felt the way I imagined a moldy gym sock would
taste, so I rifled through my pockets to find a piece of gum. I
chewed on it as I glanced down at my cell phone. No new
messages.

Where the hell is Jake
? I couldn’t help
wondering. Jake Nelson was the biggest douchebag I’ve ever known.
He was the prankster who always gave Freshman swirlies in the
toilets or shanked them, leaving them bare-assed and humiliated in
front of the entire school. He was the illiterate jock who always
wanted to copy off your homework or cheat off your test. He was the
idiot who could never hold his alcohol and always ended up puking
in the back seat of your car before slurring an “I looove you,
man!” Yeah, he was all those things and more.

Most of all he was my best friend.

Our friendship was cemented in kindergarten. That’s
when Jake decided to duct tape me to my chair before recess.
There’s a saying in the South that “Duct tape’ll fix anything.”
Yeah, I’m a living testament to that. It will certainly render a
five year old captive to a plastic chair until hostage
negotiators—or your teacher—comes to the rescue. Once the tape was
removed, along with the first layer of my epidermis, I had a new
friend.

Years later, the story of how we met was one of
Jake's favorite stories to tell. Usually it was
right after some hot as hell girl asked about that distorted patch
of skin on my right arm where hair refused to grow because the
follicles had been damaged by duct-tape.

"What happened?" she'd ask, eyes wide with compassion
as she traced the area playfully with a finger. They always hoped
for a good story – I'd been burned in a fire trying to save the
neighbor's newborn baby, or it was from the time I skidded out on
my motorcycle trying to outrun the State Troopers. But like the
true douchebag he was, Jake always shot that fantasy down within
seconds.

Deadly Currents by Beth Groundwater
Giving It Up for the Gods by Kryssie Fortune
The Pleasure Chateau: The Omnibus by Jeremy Reed
The Mirror & the Maze by Renee Ahdieh
Live and Lime Die: A Key West Culinary Cozy - Book 8 by Summer Prescott
Cover of Night by Linda Howard
The Last Exhale by Julia Blues
The Young Desire It by Kenneth Mackenzie
George F. Kennan: An American Life by John Lewis Gaddis
Sinful Rewards 10 by Cynthia Sax