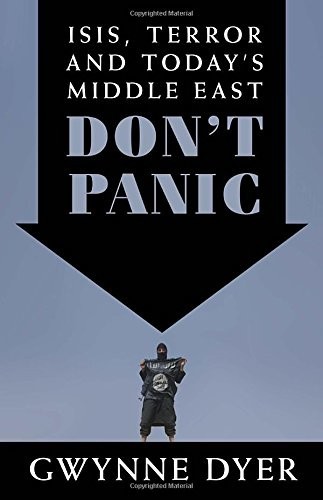 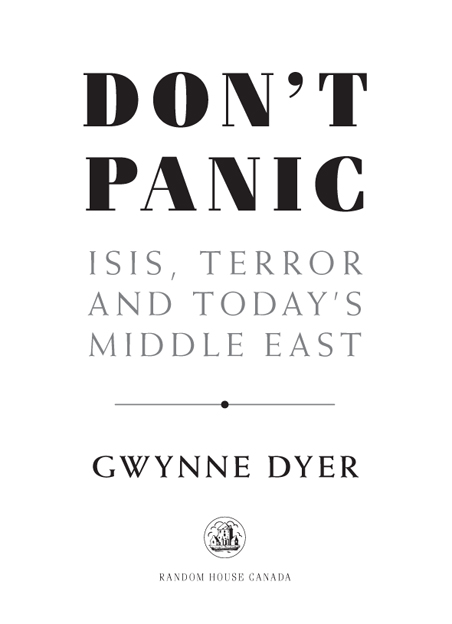 1.
To Understand All Is Not to Forgive All …

2.
It’s Not Always About You

7.
The Caliphate at Last!

8.
In Search of a Strategy

F
ar too much is written about terrorism. Even worse, most of it is sensationalist claptrap, which means there is a constant need to deflate the bubble of fabricated fear and restore some kind of perspective. Somebody has to do it, and maybe it’s my turn.

What makes me particularly reluctant to wade into the subject of terrorism again is that it means discussing a lot of foolish, fanatical or just plain evil people who are also Muslims. After a while you start to feel that no matter how many times you say that Islamist terrorists and those who support them are only a small minority of the world’s Muslims—certainly a smaller minority than the proportion of Irish Catholics who supported the IRA, or Sri Lankan Tamils who supported the Tamil Tigers—you still wind up sounding like you are saying that Muslims are the problem. On the other hand, three of the four terrorist incidents I was personally witness to (Bombay 1993, Moscow 2001, London 2007)
did
involve bombs set by Muslim terrorists. In the past decade and a half, the great majority of the terrorist attacks in the world were carried out by Muslims, so how can we not discuss it?

Al Qaeda is out, and ISIS is in. The latter’s executions are more dramatic, and they make better videos: the one of the Jordanian fighter pilot being burned alive in an iron cage was shot simultaneously from seven different camera angles. ISIS attracts more lost young men and women from the Muslim diaspora in the West than stuffy old al Qaeda: there are practically line-ups at the Turkish-Syrian border. And now they even have their own “Islamic State,” with its own flag and a caliph and everything. Let’s have a book about that.

Well, okay, but I don’t want to scare people. They are far too frightened already, because the actual threat is very small unless you happen to live in one of the worst-affected countries of the Middle East. It is the media-fuelled fear gripping people in the West that empowers and indeed compels Western governments to do reckless things that actually serve the terrorists’ agenda. No surprise in that: these hair-trigger responses are precisely what today’s terrorism is designed to produce. That’s why I call this book
DON’T PANIC
(with humble thanks to Douglas Adams).
1

On the other hand, we have to take the terrorists seriously. That’s not to say that we must take them at their own valuation; they are considerably less important than they think they are. But ISIS, al Qaeda, al Nusra, Boko Haram, al Shabaab and the rest are revolutionaries with a political programme, not just vicious idiots with guns. Their political programme, for those who do not share their own very particular religious convictions, starts at the implausible
and ends up deep into the surreal, but all their actions, even the sickest and most cruel, are calculated to bring the day nearer when that programme will be fulfilled.

A lot of the foot soldiers in any army haven’t the slightest idea what the strategy is, or any interest in learning about it. All that the men with the box-cutters on the hijacked flights of 9/11 needed to know was that they were going to be “martyred” and go straight to paradise. They neither knew nor much cared what strategic benefits for the cause Osama bin Laden expected to gain from the massacre they were about to commit. But the people who make the plans and choose the targets are not only competent strategists; they are also good psychologists, for terrorism succeeds mainly through the perceptions it creates, not the actual damage it does. Being wicked does not make you stupid—more’s the pity.

So this book will have to do a number of things, if I get it right. First, it will explain why the Muslim world, and in particular the Arab world, has become the global capital of terrorism (the great majority of the victims being Muslims themselves, and in particular Arabs). Second, it will explain how terrorism works, by which I mean how it often (not always) brings those who employ its tactics closer to their expressed goals. Third, it will trace the evolution of terrorist strategies and terrorist organizations in the Arab world, for they have both mutated over time. Finally, it will offer some thoughts on what we ought to be doing about the “terrorist threat.”

I will be treating these four themes in parallel, or even all at once, because this is a story that has unfolded over more than thirty years and I would distort matters too greatly if I told it thematically rather than in sequence. Experts will spot places where I am eliding some of the finer detail of the story in the interest of concision, but I have tried not to leave out anything important.

The past dozen years, since the misbegotten U.S. invasion of Iraq in 2003, have seen an almost continuous growth in the scale and reach of the Islamist revolutionary groups in the Arab world. In 2013 the Global Terrorism Index recorded 17,958 deaths, a 60 percent jump in just one year and a fivefold increase since 2000. Eighty percent of those deaths occurred in only five countries—Iraq, Afghanistan, Pakistan, Nigeria and Syria—and almost all of the victims were Muslims. So were the groups that did most of the killing: Islamic State in Iraq and Syria, Boko Haram in Nigeria, the Taliban in Afghanistan, the various franchises of al Qaeda, and the assorted Islamist groups in Pakistan. The Islamists are definitely on a roll now, and we will probably see more seizures of territory in out-of-the-way parts of the Arab countries and in Muslim-majority regions of the adjacent African countries, followed in all likelihood by further pledges of allegiance to the “Islamic caliphate,” whose seat, as of the summer of 2015, is in Raqqa in eastern Syria.

But this rapid territorial expansion has been accompanied by a slide in the dominant Islamist ideology, away from the patient, pragmatic and flexible style of al Qaeda
towards the intoxicating “End-Times” eschatology of ISIS. History as they see it now has a script, and the duty of those who serve Islamic State is to bring about the Apocalypse, all the way from the great battle at Dabiq (a town in northern Syria) that starts the sequence running down to the Last Battle at Jerusalem, where Isa—Jesus, to Christians—spears the anti-messiah, Dajjal, and then the world ends.

You would certainly not like to see such people in charge of a powerful modern state, but that is unlikely precisely because they are that kind of people. Bin Laden wanted to achieve such a state, spanning first the whole Arab world, then the entire Muslim world, and ultimately the whole world, and he was prepared to take any path that opened up, for however long it took, to reach his goal. The ISIS lot just want to live out the apocalyptic script in the shorter term. Which does help the situation a bit, because they cannot deviate from the script. We know where they want to go.

One last thing. The Muslim world, or at least its Middle Eastern heartland, now stands on the brink of a sectarian confrontation between Sunnis and Shias that is potentially as big, as long and as violent as the religious wars between Catholics and Protestants in sixteenth- and seventeenth-century Europe. This looming threat is often portrayed, especially in the Western media, as an inevitable clash between two groups of fanatics, but it is nothing of the sort.

No reputable historian would explain Europe’s religious wars as merely a matter of rival religious doctrines. They
were intensely political events, in which sectarian loyalties were ruthlessly manipulated in the service of domestic and foreign political goals. The same goes for the Middle East today—and the right question to ask is: why now?