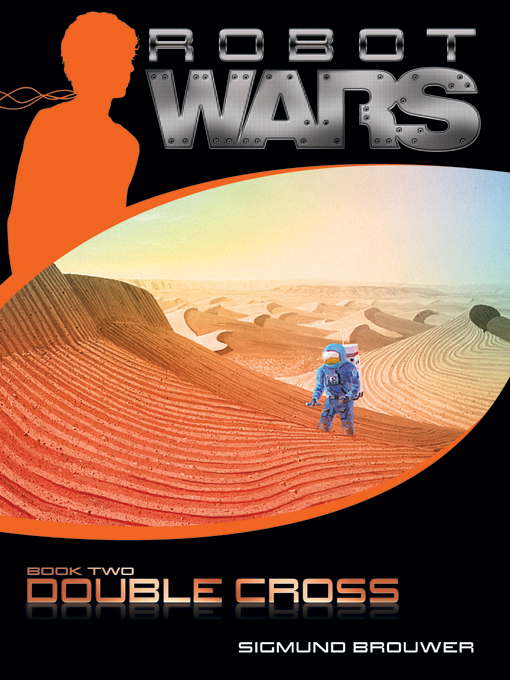 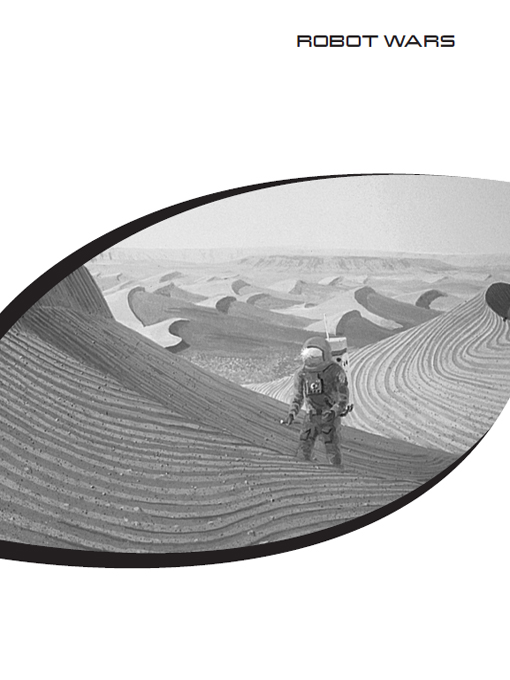 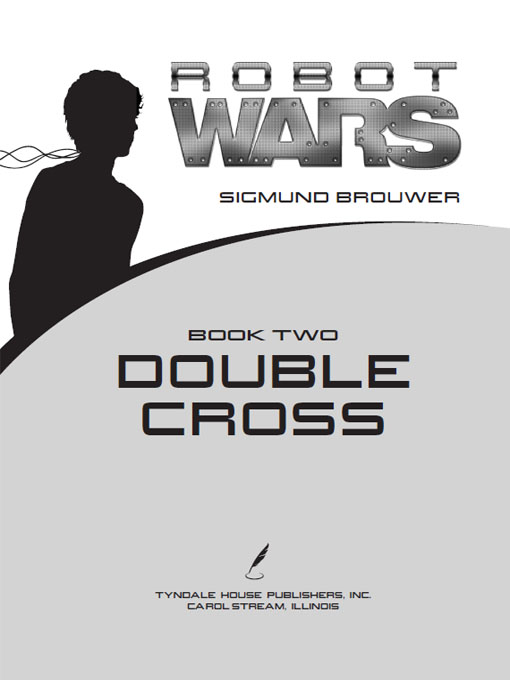 You can contact Sigmund Brouwer through his Web site at
www.coolreading.com
or
www.whomadethemoon.com
.

This novel is a work of fiction. Names, characters, places, and incidents either are the product of the author's imagination or are used fictitiously. Any resemblance to actual events, locales, organizations, or persons living or dead is entirely coincidental and beyond the intent of either the author or the publisher.

For manufacturing information regarding this product, please call 1-800-323-9400.

THIS SERIES IS DEDICATED
IN MEMORY OF MARTYN GODFREY.

Martyn, you wrote books that reached all of us kids at heart. You wrote them because you really cared. We all miss you.

We live in amazing times! When I first began writing these Mars journals, not even 40 years after our technology allowed us to put men on the moon, the concept of robot control was strictly something I daydreamed about when readers first met Tyce. Since then, science fiction has been science fact. Successful experiments have now been performed on monkeys who are able to use their brains to control robots halfway around the world!

Suddenly it's not so far-fetched to believe that these adventures could happen for Tyce. Or for you. Or for your children.

With that in mind, I hope you enjoy stepping into a future that could really happen. â¦

Journal One: Can We Expect Science to Be Our Savior? 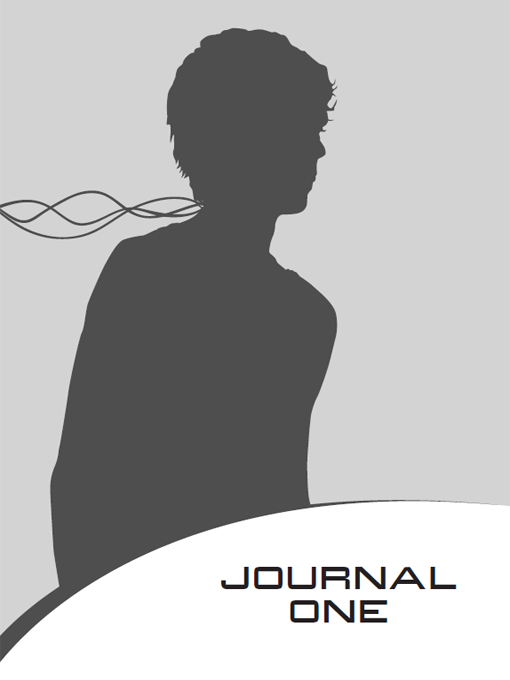 On the side of the cliff, I hung from a thin metal cable. Hundreds of feet below, the jagged red rocks of the Martian valley floor pointed up at me like deadly spears.

As it was, I had a good view. On Mars at midday, when the sand isn't blowing, the sun is blue against a butterscotch-colored sky. The clouds are barely more than stretched-out strings of fog, lighter blue than the sun.

I could look across the entire valley and see the oranges and reds of Martian soil. Nearly 10 miles away, a gigantic dome held all 200 of the scientists and techies who founded the first colony on Mars. Under that dome were oxygen and water and warmth and food, all the things humans need to survive.

Out here? There was no oxygen. No water. No warmth. And no food. My robot body didn't need any of that.

Of course, those jagged rocks waited for any mistakes. From where I was, it wouldn't matter much that gravity on Mars is about a third of Earth's gravity. If my grip on the cable slipped, those rocks would tear through my robot body like daggers. What made it worse was that I had a passenger strapped to my back.

My job was to make it to the bottom of the cliff with both of us undamaged.

At the top, the metal cable was attached to a long spike driven deep into the soil. All 300 feet of the cable dangled from this spike.

I held on to the cable with a gripper in each hand. Each gripper clamped the cable securely with much more power than I could have gotten by using just my fingers.

One thing made this easier. My lower body was on wheels, so all I had to do was let myself roll down the cliff. Slowly. Very slowly.

I was halfway down when it happened.

As I leaned against the cliff, my right wheel hit a loose portion of rock. It broke away, clattering down the cliff. My right side swung inward, spinning me sideways. This wouldn't have been a problem if I'd been clamping the cable with both grippers. But I was holding with only my left.

In panic, I grabbed at the cable with my right hand. Because I was spinning, I missed the cable and jammed my hand into the cliff. This pushed me away from the cliff too hard. For a second, I was like a pendulum. With less gravity on Mars than on Earth, my action shot me six feet away from the side of the cliff and then banged me against rock on the return.

It felt like I'd been slammed with a baseball bat. Keeping my grip on the cable with my left hand, I fought to find the cable with my right. But I was off balance. Especially with a passenger on my back. My wheels began to roll upward on the cliff wall as the weight on my back pulled me upside down and backward.

The cable twisted more. Still I tried to find a grip with my right hand.

Snap.
The buckle keeping the passenger on my back opened, and suddenly I had no passenger.

“Rawling!” I shouted as I watched the downward tumble of arms and legs. “Rawling!”

Seconds later, there was an explosion of dust as the body smashed into the rocks.

I had failed my mission.

I woke up blindfolded and on my back on a narrow medical bed in the computer laboratory.

“Rawling!” I called again. It had taken nearly half an hour to climb to the bottom of the cliff. And another 20 minutes to get back to the dome. Then a few minutes to get inside and park Bruce, the robot body, where it needed to be charged. “Rawling!”

Here in the lab I wore a headset too, so I couldn't hear anything, not even my own voice as I shouted. My arms and legs were strapped to the bed so I couldn't move. I was helpless until Rawling McTigre reached me. He was a doctor and a scientist who worked with me on my virtual-reality missions.

It took a few seconds. He lifted the blindfold, and I blinked against the lights. Next came my headset. We did all of this because it was important that nothing distracted my mind from operating the robot body.

“Thanks,” I said, glad I could see and hear through my own eyes and ears now. Not being able to do that was one of the things I didn't like about being hooked up through virtual reality to a robot. But the advantages were great, especially to a kid who was unable to use his legs. Something had gone wrong during an operation on my spine when I was too young to remember, so now I was in a wheelchair. Yet because of that and a computer link in my spine, I was the only one who could explore the planet of Mars in a robot's body.

“You all right, Tyce?” Rawling asked, concern on his face. “The signal was clear, and I got a video feed of everything that happened.”

“I'm all right,” I said. “But I'm afraid if this hadn't been a test run, someone on Bruce's back would be very dead right now. That crash-test dummy you rigged really did become a crash test.”

When the robot body had rolled to the base of the cliff, I'd found the dummy. It wasâor had beenâthe weight of a human. But in the fall, the legs and arms had ripped off, and the jagged rocks had speared the body portion. I shuddered to think of what those rocks would have done to a real person.

“Mistakes are not always a bad thing,” Rawling said as he unstrapped me and helped me sit up. “From what I can tell, the dummy was positioned too high. We need to strap it lower, closer to the center of gravity.”