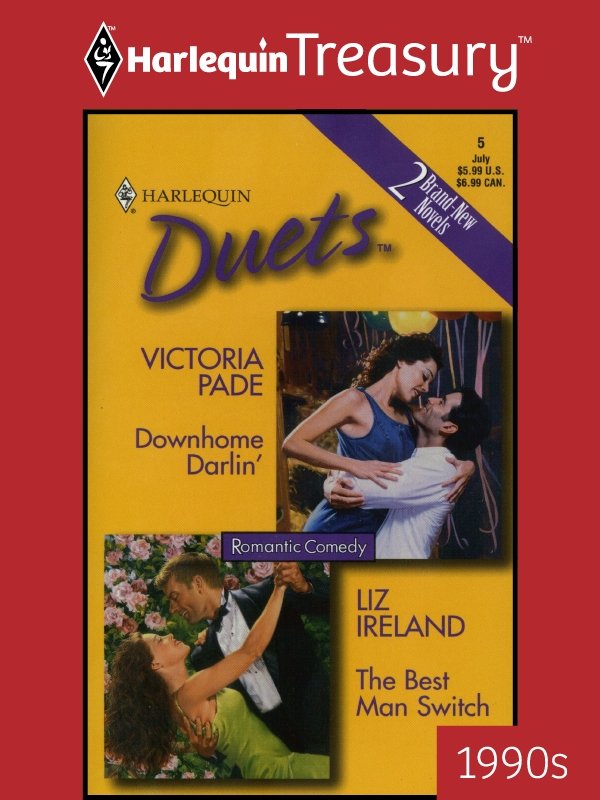 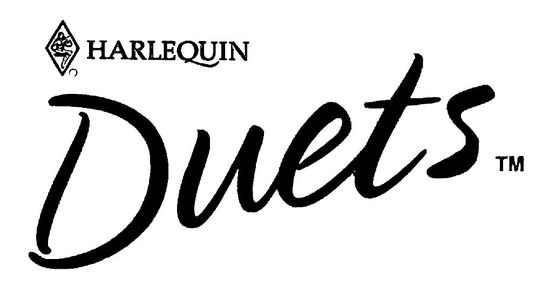 Dear Reader,
Â
As the hot summer months begin, what better way to be prepared for a day at the beach than with a Harlequin Duets? Remember, when you've finished one story, it's time to check your tan and turn over!
Â
This month offers two wonderful Duets for your entertainment. Long-time reader favorite Victoria Pade brings us
Downhome Darlin',
a charming and entertaining story of a good girl who's been “good” for too long. Then Liz Ireland, familiar to readers of Harlequin Historicals and Harlequin American Romance, spins a dizzying tale of identical brothers who switch places at a wedding in
The Best Man Switch.
Â
Popular Cheryl StJohn pens a delightful and captivating pretend marriage of convenience with
For This Week I Thee Wed
Next Alyssa Lean writes our second
Real Men story, 50 Clues He's Mr. Right
, set around the women who work at
Real Men
magazine.
Â
Once again, enjoy Harlequin Duetsâthe lighter side of love. Double the pleasure. Still no calories.
Â
Happy reading!

Malle Vallik
Senior Editor
Â
P.S. We'd love to hear what you think about Harlequin Duets! Drop us a line at:
Harlequin Duets
Harlequin Books
225 Duncan Mill Road
Don Mills, Ontario
M3B 3K9 Canada
Downhome Darlin'
Cal hadn't known a lot of wholesome women.
And in spite of the way Abby had dolled herself up the night before, the minute he'd set eyes on her he'd spotted her as a wholesome woman.
Â
One of the few to ever cross his path.
Â
Since he and women had started taking notice of each other he'd abided by a private code. A code that had counted out women like Abby Stanton even when he did encounter them.
Â
Living the life he led, it just seemed smart. Women like Abby Stanton were not women to play around with. And he'd always been a player.
Â
So what was he doing with her in his bed?
The Best Man Switch
“About last night...” Grant began.
Mitzi shook her head frantically. “I know, you're going to apologize. The bride probably told you to. Grant, we both spoke fairly bluntly last night.”
Â
Grant remembered his brother's muttering about being a lout and realized Mitzi must have really let him have it. Good.
Â
“But what I've come to realize,” Mitzi continued, “is that I got so angry because I didn't want to admit you were correct.”
Â
The last thing he wanted was for Mitzi to accept his Neanderthal brother's assessment of her personality! “Listen, Mitzi...”
Â
“NoâI have to say this now or I never will.” She looked up at him, her face twisted with emotion. Her brow wrinkled adorably.
Â
Something about her earnestness made him smile. He chuckled under his breath. “Okay, shoot. What is it you want me to know?”
Â
“Just that, if your offer still stands, I want to take you up on it.”
Â
“My offer?”
Â
She swallowed. “I want us to have that fling”
Downhome Darlin'
VICTORIA PADE