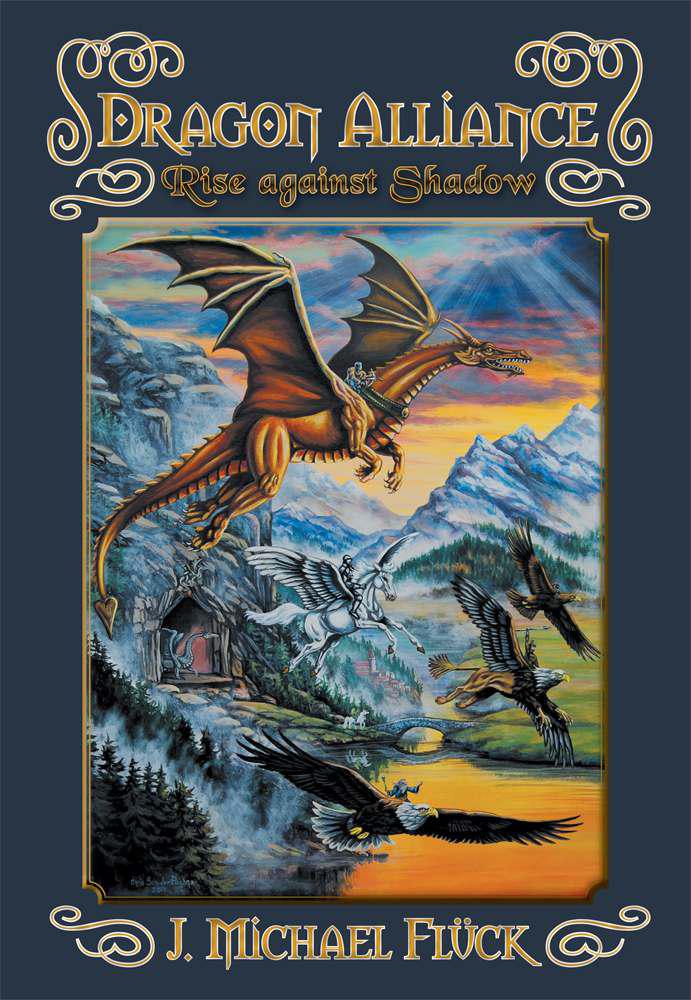 Inspiring Voices books may be ordered through booksellers or by contacting:

chapter  viii
:
the arrival of lawrent and the raiders

It has been said that God created the heavens and the earth in seven days. With the billions of stars and planets in the universe, the beauty and intricacy of this amazing planet cannot be a single creation. With that premise, who is to say that the almighty Creator did not have other experiments? Other worlds with slightly different variables in the mix but centered on the same central theme: mankind’s gift of life and the freedom of choice to do good versus evil. According to Scriptures, the angels in heaven fought a brutal war over this principle, resulting in the fall of Lucifer. But what if this conflict was brought to the material world, and the angels and demons took the form of various species of dragons and other assorted creatures that fought each other for the power to guide the human race? This story also attests to the theory of God’s constant counterbalance of the dark side of our choices versus the infinite good we can also serve. All of this action and counteraction to slowly move our way toward the shining city on the hill is the ultimate chess game, with a move to correct every wrong decision made.

On this world, this parallel earth, dark forces are already on the move as the Dragon Alliance Republic is slowly awakening to the dark storm on its horizon. Mkel, the Draden Weir fortress leader and gold dragonrider, wakes from his dragon-induced dream of the last horrendous war fought against the Morgathian Empire. His blood bonded dragon, Gallanth, a powerful gold dragon, had been having visions of both the past and a looming darkness that he perceived threatened the very existence of the Alliance. Mkel and Gallanth must ready their soldiers for the war to come, but their enemies are not just the vengeful Morgathian Empire and their evil chromatic dragon allies; there are also enemies within the Alliance itself. A conglomeration of greedy, power-hungry senators, known as the Party of the Enlightened (POE), is conspiring for the downfall of the Weirs and the republic. Amid this brewing trouble, Mkel and his dragon must lead their friends and the soldiers of their garrison through several pitched battles, with the haunting memory of his father always in the shadows of his mind. The true question he has is, with the odds stacked against them, can his Weir and the Alliance itself survive?

I
n the ancient times, the kingdoms and nations of man were divided, and chaos plagued the world. The rift between the metallic and chromatic dragons over their opposing views on mankind fomented discourse, resulting in the initial tremors of the rebellion. From the fertile states of the west on the windward side of the Gray Mountains, to the Great Northern Plains of the nomadic Kaskar tribes, to the rough lands of the east, fighting, wars, and skirmishes between all the kingdoms kept those nations divided and weak. The ever-present danger of the insect-like orc hordes constantly threatened all. The elves held the forests, and the dwarves controlled the mountains in the west, but that was the best they could do. Then, at the commandment of the Creator, Michenth, the arch dragon and father to all the dragon races, directed the dragons to bond with human riders and guide the kingdoms of man in uniting the world.

Michenth and a handful of gold dragons were the first to blood bond with human riders. The ritual that joined the souls of dragon and rider also greatly enhanced the dragon’s power, cementing the union between the two and strengthening the dragon’s oath to protect and guide all of mankind. This, however, was not accepted by Michenth’s mate, Tiamat, the dragon queen and mother, or her chromatic dragon disciples. She espoused that man should be subservient to dragons, with their superior power and intellect. The evil arch dragon then led the rebellion that initiated the first Great Dragon War.

The five-headed Tiamat and all of the chromatic dragon types (the white, black, green, blue, and terrible red dragons) joined her against Michenth and the metallics (the powerful gold, silver, bronze, copper, and brass dragon species). The Creator then sent his spirit to mend the rift between the warring factions of dragons and men. Legend has said the spirit was dragon, some say man, some say elf, others say dwarf. It was not known anymore, but his message and presence was told to be awe inspiring. Tiamat and the chromatics could not touch him, so she had her dark-hearted human followers take him and break him on the stone square or pyramid: the symbol of the Creator’s divinity and the perfection of the universe. This sacrilege, this act of pure evil, led to the final battle of the war.

There were also divisions among the elves and the giants when the battle lines were drawn; surprisingly, however, the race of dwarves did not desert Michenth. The elves split, and over a third of them joined Tiamat, which led to their banishment. Michenth and the elven king Denaris and queen Eladra cursed them, turning them dark as midnight. Now called the drow, they were to be forever envious of the light from which they had turned their backs.

Led by Michenth and his powerful gold dragon Valianth, the metallic dragons and their riders routed the chromatics. Michenth then banished them to the eastern lands of the world, which eventually became the Morgathian Empire. Michenth could have ordered the eradication of Tiamat and her chromatics when they were at their weakest, but he allowed them time to repent the evil they had caused. Instead, she and her dragons seized control of the Morgathian Empire and its people, and they set up a puppet group of magic-using sorcerers to legitimate her position as their god. She gave them lands and dark crystal weapons with incredible magical powers to fortify their control.

The middle kingdoms surrounding the Ontaror Sea slowly began to recover after the devastation caused by the spillover from the protracted war. The metallic dragons settled back into their thirteen Weir fortresses and the provinces that fell under their protection in the western part of the world. All these states were loosely held together by the dragons for mutual protection and trade. Michenth and Valianth coordinated them from the capital city of Draconia, the city of light at the end of Sauric Bay, center of commerce and prosperity in the west.

Eighteen hundred years passed with only minor chromatic incursions and small brush wars, which were stomped out quickly. Then, as a long-awaited answer to the dragons’ prayers, a group of astute and incredibly wise men and women arose with the idea of a united land based on freedom and honor. With the guidance and cooperation of the metallic dragons, elves, and dwarves, this Founding Council created the Articles of the Alliance. Upon ratification, this profound document put forth the basis of the new government, and the Dragon Alliance Republic was born. This officially united the thirteen provinces as states of the republic, to form one powerful nation, with Draconia as its capital.

The Alliance now stretched from Rom and Rem, the twin Weirs that guarded the oceanic entrance to Sauric Bay in the west, to the Gray Mountains three thousand miles east, which were guarded by High Mountain Weir in the northeast, Draden Weir in the middle, and what was to become Eladran Weir in the southeast. Ice Bay Weir, which looked across the great northern sea, to the humble Weir at the tip of the Adelif Peninsula almost two thousand miles south, marked the northern and southern extremes of the Republic. From Ferranor and Denar Weirs, which each border the ends of the dwarven Ferranor Mountains in the northwest, to the prosperous port Weirs of Atlean and Lancastra in the southwest, all now formed the borders of the Alliance.

Lastly was Talinor Weir, which was situated in the middle of the republic along the mighty Severic River. It cut the Alliance in half and stretched from Draden to Draconia, emptying into Sauric Bay. This major waterway enabled the earliest of inhabitants to easily traverse the breadth of the nation. The Alliance was found to be the most bountiful and fertile land, rich in precious minerals and metals and many other natural resources. Now all thirteen Weirs bore the Dragon Alliance Republic standard from their massive peaks.

The Alliance flag flew proudly with its gleaming white background, an embossment of Michenth’s head in a mithril silver and gold color in the center, to both represent and honor him and all the metallic dragons. A green oak leaf symbolizing the elves appeared in the upper right corner, and a brown and black hammer was in the lower left-hand corner for the dwarves; both were arranged in a diagonal line. In the upper left-hand corner was a deep blue square field with a circle of twelve white triangles and one slightly larger white triangle in the middle, representing the thirteen Weirs and provinces of the Alliance that protected and bound the republic together, forever linking dragon and mankind.