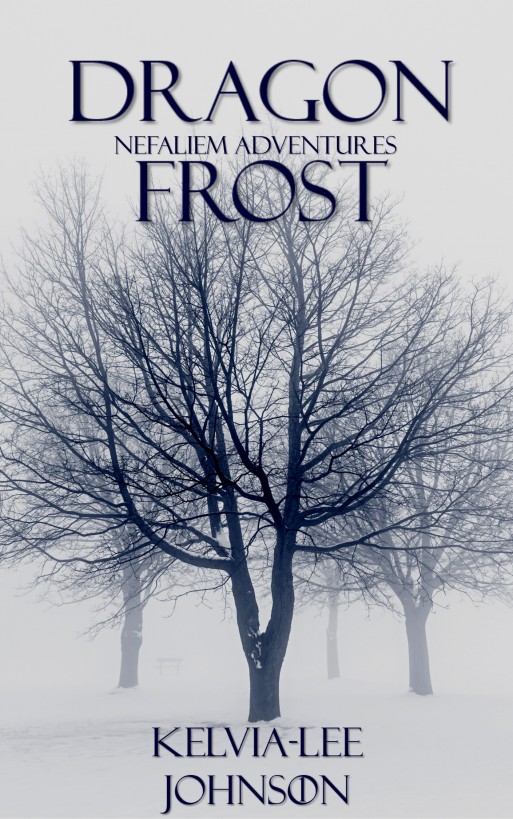 This is a work
of fiction.

The
names, characters, places and incidents are products of the
writer’s imagination or have been used fictitiously and are not to
be constructed as real. Any resemblance to persons, living or dead,
actual events, locales or organisations is entirely and purely
coincidental.

All
rights
are
reserved.

No part of this
book may be used or reproduced in any manner whatsoever without
prior written permission from the author. Stunts and scenes and any
replication of scenes will result in severe injury or death.

Without
limiting the rights under copyright reserved above, no part of this
publication may be reproduced, stored in or introduced into a
retrieval system, or transmitted, in any form, or by any means
(electronic, mechanical, photocopying, recording or otherwise)
without the prior written permission of both the copyright owner
and the author. Hence, reproducing ideas, characters, storyline or
works itself is prohibited.

Long ago,
I remember when time was not always so peaceful, when time was not
always so serene. This is something I cannot completely forget. The
worst part is; I know I
’ll never forget. There are worlds that the humans have yet
to find, there are species that refuse to be discovered and as such
they are outlaws—outcasts—left to die. There are species which will
suck the soul from others in order to survive and there are some
species that are as harmless as a fly but still they are proven to
be of value.

So they are
hunted.

Or are
hostile, like us. Then, they are endangered, imperil, to become
extinct because some hunt what they fear in order to preserve what
part of a race they believe they have. No matter how much I try not
to think about being the very few of my kind, it’s still far too
painful. There’s nothing worse than being surrounded by people who
are not your kin.

I sit in
my room, back against the wall; it is something, I’m accustom,
something I often do. The gentle knocking on my door catches my
attention and a soft voice follows. “Kalverya, are you in there?”
It’s odd, hearing my name roll off the tongue of others; my name
isn’t something that I’m proud of. ‘Calvary’ is its derivative, the
name both meaning
torcher
and
suffering
. Naturally, I’m the one people call when the supernatural
and mythical threaten those around them—the ‘Outlanders’. Demons
are just another claim to the ‘Dark Cartel’—another
threat.

“
I’m here
Tessa.” I say, feeling emptier than I can imagine. I feel her back
away from the door to clasp, firmly, the clipboard she
carries.

“
Okay.
The Chief Commander wants to see you,” she declares before the
sound of her gentle retreating footsteps, echoes lively on the
other side of my door. Tessa knows the boundaries and knows where
to and where to not step—that being my room. She too like the rest
of us has obligations with her studies so there’s no surprise that
she tries to have things done with little problems. I tread from my
bed and pull on my black and silver cloak before moving to the
door. I stop and turn over my shoulder taking in the last glimpse
of the lotus plant at the far end of my room. Pulling the handle, I
leave.

I move
down the halls, years of mould covers its foundations, the dampness
adds to the mouldy smell of the morning shower which fills my
olfactory senses in a stocking amount. I could smell the moss
against the external walls as I walk as my nose is sharper than
most. I fight the urge to gag and cough at the tickling sensation
in the back of my throat. I arrive at two large wooden doors; the
fire lanterns sit on either side of the intimidating
entrance—continuing its silent dance. I notice men on either side
of the door cladded in silver armour. I pull my attention from them
and knock. “Come in.” I hear a voice call. Pushing open the thick
heavy doors, I enter and see a man nestled behind a large long oak
desk. His eyes are dark with humour and mystery.

“
Kalverya?” he questions with amusement in his eyes as ever
and I gaze around the large stone lined room, taking note of the
suit of armour scattered around the room. This armour wasn’t like
the armour forged by blacksmiths but rather scientists—they created
combat suits which could fit a certain physique of people. “Don’t
be a stranger and sit.” He offers in gesture to the seats before
his desk. I move along the wooden floorboards and glimpse the
burning fireplace behind him. He smiles. “It was cold this
morning.”

“
What do
you expect, it’s early winter?”

“
Must you
state the obvious?” he exaggerates. The smell of freshly brewed
coffee floods my senses, it’s intoxicating and I feel, as though
I’m suffocating. The Chief Commander gives me a frown, as he no
doubt sees the obvious grimace on my face. I can handle a cup of
tea but coffee not as well, the scent is too bitter. “I see you
still scowl in the presence of fresh coffee,” he peers with a risen
brow, his chin cushioned upon his intertwining digits.

“
Don’t
look at me, it’s not my fault.” His face still, fills with
amusement, instead, his teeth stretch across his face. I tense.
“What?”

“
I have
another mission for you, one that will allow you to use that
Prevail of yours.” He eyes the double-edged sword that I had
summoned on my back with that same expression of humour and
mystery. The power to summon items from our central core is
something people of my world could do, it was a teaching passed
down through the generations. “So, what do you say?”

I’m quiet
for a moment contemplating what to say,
“Fine by me, what is it?”

The Chief
smiles, “I was hoping you’d say that.”

“Really?” I
quip, my curiosity gaining the better of me.

I scan
the forest before me, where it
s colours range from lush green leaves to dirty yellow
dabs. The sound of distant birds’ squawk, mildly in my ears. The
specs of black dots, in the distance confirms their presence, far
from where I stand. No matter their distance, I see their black
feathers brushing in the wind as the sun reflects their glossy
coat. I turn my gaze from the birds as they head towards the ragged
mountains in the distance.

I
painfully notice the air is
fiercely, still.

I
remember when I felt an air this still, this still, this inert. My
recon team, years ago, was sent to a deserted world in search for
other Nefaliem who crashed their ship on abandoned outpost worlds.
Their distress beacon was how my—Exelon—my battleship barely
intercepted its weak transmission, with the need to resupply we
salvaged what was left and moved on, after we dealt with the
monsters that hijacked the ship and killed the crew. So I know, the
immobility of this air, calls:
danger
.
I feel a sudden pull of energy before; I notice the drawing
movement of trees. I hear screams of agonising pain and the gashing
of wet rubber. I know those sounds all too well and know they were
never good. The voices that ricochet around the forest were male
voices. There are three left alive from what I can tell. I hear
their feet tatter along the hard earth in groups of two. I hear a
sudden roar, the sound, ‘Lazgoli’. The Lazgoli often attack in a
pack, they are like large wolves the problem is the Lazgoli are a
lot larger in size.

I leap
from the high jagged cliff and I watch the green forest below
greets me. Once I’m close enough to slip through the canopy, my
hand extends on impulse as I swing around the branch landing on it,
comfortably. Another respectable skill of my alien
heritage.
“Make sure the package isn’t lost.”
I recall the Chief say. I scan the
direction where the sound of snapping wood echoes in my ears. I
hear the survivors shallow breathing; I hear the gasps of the
Lazgolo as it pursues its feed. I know that they have no chance of
survival. Using the thick branches, I move along the tree line,
using nothing but my agile form as I leap from branch to branch or
swing up and over branches. My movement is fluid like a lethal
dance upon the pinnacle of exhilaration as I follow,
after.

The body
of the Lazgolo is large; covered with brown and white fur, it moves
as its sharp paws swim under it, aggressively. Before it; are three
men, two are dressed in the same uniform, the other is different.
The men in uniform are clothed in white and gold breeches, boots
and tunics. They wear the colours of
Midra.
What are they doing here?

I see the
group rush through the forest with the Lazgolo at their feet, their
screams echo in my ears. The Lazgolo corners the group against a
wall of stones that pile high. The twigs stick out here and there,
while an eagle peers down from its nest at the sight, from its
position on a dead tree lodged in the large stones like the other
dead branches. One of the men is dressed in Midra’s uniform and
stands before a man dressed in brown breeches and a white
tunic.

His
golden blond hair emphasizes his pale features as his blue eyes
dart between the two men before him. A man in Midra’s uniform turns
over his shoulder and I stop, perching myself on a branch, still in
the shadow of the forest. I watch and scan their forms—no package .
. . “Run Varden.” I hear one say his voice low.

“
No!”
Varden states and I frown at his stubborn nature. He shouldn’t
disrespect his fellow soldiers, giving up their life is an obvious
commitment and honour that will never be disregarded.

“
Please!”
pleas the other. “We don’t have a lot of time.” The same man swings
his double-edged blade at the large wolf-like-beast, it growls. It
snaps its sharp teeth towards the trio more in rage than
earlier.
You’re only agitating it!

“
I won’t
leave you.” He stands his ground, the Lazgolo screeches. My ears
perk at the thundering hearts of the men. They were scared. Who
wouldn’t be? I drop down from my place suspended upon a branch. The
ground is stable under my wedged heels. I crawl along the earth
slowly, until, I find myself hidden behind a thick shrub. The men
in Midra’s uniform fly across the clearing opposite each other in a
spontaneous motion, one glides along the ground before he becomes
motionless his black eyes stare back into mine. The other is sent
into a tree where his blood drips from the sole of his white
boots.

They
underestimated the beasts’ brute strength.

I move
through the hedging plant slowly; the large leaves pile out of my
way as I leisurely enter the clearing. I take a deep breath and
allow my mind to relax. I pull my Prevail from upon the metal
sheath on my back, under my cloak. A gentle zing chimes throughout
the clearing, the Lazgolo stops what it’s doing and turns to where
my form was. Now, I soar high above the clearing and flip. The cool
wind touches my face as the warm sun heats my black hair I bring
the blade down, separating the Lazgolo’s head from its remaining
still body.