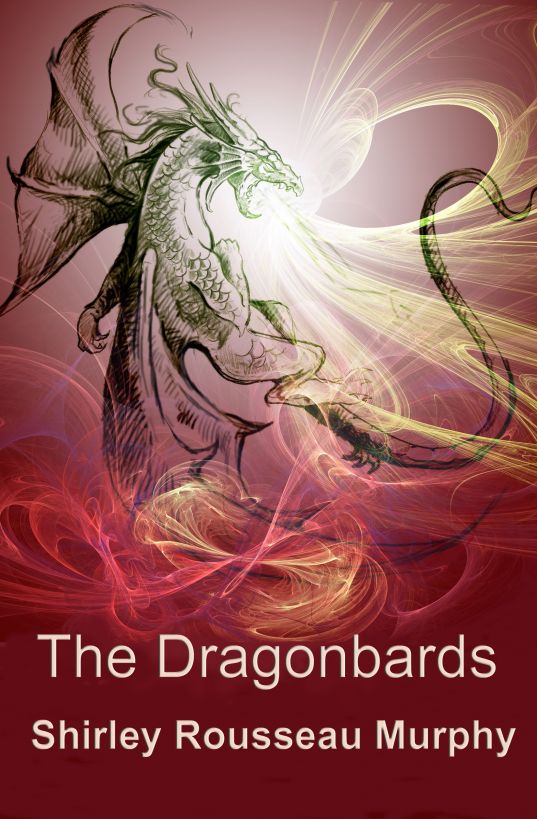 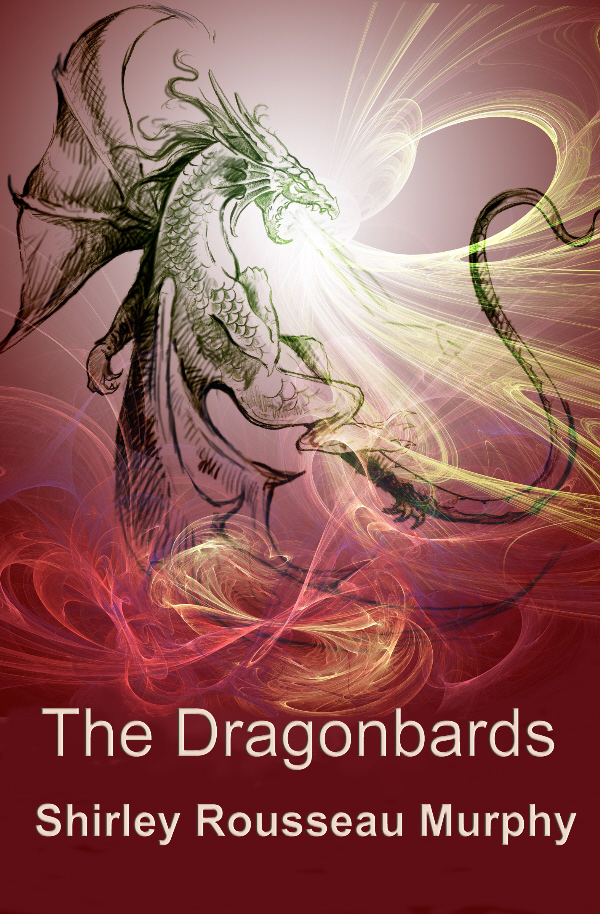 From the reviews of
The Dragonbards

“
Once again Murphy
demonstrates a fine sense of storytelling, high adventure, scene
setting, and characterization—human, animal, and evil monster. And
her dragons remain some of the most appealing in contemporary
fantasy.” —
ALA Booklist

“
The concluding
volume of the author’s generally acclaimed Dragonbards trilogy
. . . assumes a harrowing narrative pace that builds to a
grand, good-over-evil finale. . . . This is
rollicking high fantasy.” —
Christian
Science Monitor

All rights reserved. For information contact
[email protected] This ebook is licensed for your personal
enjoyment only, and may not be resold, given away, or altered.

This is the third book of a trilogy. It is
preceded by
Nightpool
and
The Ivory Lyre
.

I think there are no more singing dragons on
Tirror. I have searched with my restless thoughts as surely as if I
flew, myself, across Tirror’s winds.

—
From the diary of Meriden, Queen of
Auric, written ten years before the battle at Dacia.

The swamp shone dark green, a steamy tangle
of knotted, ancient trees thrusting up from sucking mud. It stank
of rotting leaves and small decaying animals. Heavy moss hung down,
and between the twisted trees, small pools of water shone. All was
silence, the only sound the hushing whisper of insects, as if this
land had lain untouched for a thousand years.

But suddenly screams shattered the
stillness. The shadows flew apart and the quiet water heaved as a
white dragon came plunging through, bellowing with terror.

Her iridescent scales shone with sky colors,
and her wings were sculptured for flight. But she could not fly.
One wing dragged, bloody and broken. Blood coursed down her gashed
neck and shoulder staining a trail on the mud. The shouting behind
her grew louder. She could hear the pursuing horses splashing and
heaving. She fled between trees so dense that the arrow shafts
sticking from her sides caught at them, jarring her with pain. Her
broken wing pulled her sideways, and her great head swung as she
reared to free herself from sucking mud. The shouts of the riders
thundered just behind her. She tried again to fly, beating her
wings in despair. Then she spun to face her pursuers, belching
flame at the dark warriors.

They did not fall back; they fired—their
arrows pierced her face and throat. Floundering, screaming with
pain, she tried to bring a vision to frighten them, tried to fill
their minds with full-grown dragons swooping at them spitting
sheets of fire.

But no vision came. She was too unskilled,
and the dark powers were too strong. She fled for a small lake
between the trees, dragging her torn wing. Dizzy and seared with
pain, she crashed heavily through a tangle of willows and dove
deep.

She stayed under until her breath was gone,
feeling her blood wasting from her, her mind calling out to her
nestmates and to a power greater than theirs.

The horsemen drove their mounts belly deep
into the lake. When the white dragon surfaced, gulping air, they
had surrounded her.

They made quick work of killing her.

The young dragon floated on the bloody lake,
her broken wings spread white across the red water. The cheering
soldiers raised their fists in victory, their faces twisted into
cold smiles. Three of them put ropes on her body and whipped their
horses until they had pulled her to a rise of earth.

They cut off her head and strapped it to the
back of a packhorse, to carry as a trophy to their dark leader.
Finished with her, they wheeled their mounts and stormed away
through the mire.

The soldiers were disciples of Quazelzeg,
master of the unliving. Three of them were un-men, soulless
creatures alien to Tirror. The other five were human men warped to
the sick ways of the dark—all of them hated the singing dragons and
the human bards they paired with.

Perhaps I am the only dragonbard left,
except Teb and Camery. I haven’t told them they are dragonbard
born. They are only small children, and it would break their hearts
to know.

The four dragons fought the wind across the
open sea, rising and dropping as the icy blasts beat at them. They
had passed over no land since morning. It was now past midnight,
the freezing black sky pierced only by cold stars. Below them, the
ocean was invisible except for the shine of whitecaps. The two
white dragons shone sharply in the blackness, their sweeping wings
hiding their riders. The two black dragons were nearly
invisible.

Teb slept sprawled along Seastrider’s white
back, absorbing the big dragon’s warmth. When she banked across the
wind, he jerked awake suddenly, drawing his sword. But he saw they
weren’t in battle, and sheathed his blade again, smiling
sheepishly.

I guess I was dreaming.
He cuffed her
neck affectionately.
We’re alive,
he thought, grinning.
This time two days ago, I wasn’t so sure.

Nor was I.
She changed balance with a
subtle twist of her long body and wide wings, and swung her head to
look at him. He could feel her excitement, knowing there were young
dragons ahead. Somewhere on that frozen land they would find the
dragonlings.

They will more than double our number,
Tebriel. We will soon be a respectable army.

He stroked her neck, sliding his hand down
her gleaming scales. He hoped the four dragons would sense the
dragonlings, once they reached Yoorthed’s bleak coast. They could
never be sure, with the dark so strong, how much their powers would
be crippled.

Near to dawn a thin moon lifted out of the
sea ahead, reflecting in the blocks of ice that now churned across
the restless sea—ice that meant land was near. Teb could not sleep;
he stared ahead searching for the first thin line of mountains and
trying to sense a hint of the dragonlings.

He was Tebriel of Auric, a prince exiled
from his own land by his father’s murderer. He had not seen his
home in four years. He was young and lean, his skin brown from
flying close to the sun. His dark, serious eyes could laugh, but
always with a hint of pain, or of anger deep beneath the joy. His
dark hair was hidden under a leather hood; his lean hands were
muffled in leather mittens. A white powdering of ice had collected
along the edge of his hood and across his shoulders, and on the
edges of Seastrider’s wings.

As he turned to look back at the other four
bards, his eyes lost their angry loneliness and his smile came
quickly, with a terrible love for them—with a deep love for his
sister, Camery. She was nodding between Nightraider’s black wings,
trying to keep awake. Her long pale hair was tangled around her
shoulders and around Marshy. The little boy rode securely in front
of her, held tight and sound asleep.

The other white dragon, Windcaller, drew
even with Seastrider. Kiri lay sleeping along Windcaller’s neck,
her arms through the white leather harness, her mittened hands
tucked beneath her cheek, her dark hair spilling out of her hood.
The two dragons stared ahead searching for land.

Just barely,
she thought, looking
across the wind at him, yawning. When she turned to look out across
the sea, she rose up suddenly, to look. “There’s an island! A
rock—there among the icebergs.”

The four dragons stared, embarrassed that
they hadn’t seen it first. It was only a hump of granite nearly
hidden by the tilting icebergs. Not much of an island, Teb thought,
but maybe big enough for the dragons to rest. They headed for it,
skidding across the wind.

The dragons dropped to the rock like four
huge birds landing on a tiny nest. They coiled down together and
began to lick the ice from their wings. Camery wiped sleep from her
eyes and slid down from Nightraider’s back, holding the sleeping
child against her. She stood pressed close to the black dragon,
shivering. “Wouldn’t a fire be wonderful? And a roast salmon,
maybe.”

Colewolf slipped down from the other black
dragon.
Might as well wish for a whole feast.
He made a
vision of hot meat and bread and gravies and pies that made the
bards laugh. The older bard could not speak aloud. His tongue had
been cut out by the dark leaders years ago. They thought that would
prevent him from making visions, for the bard-visions were made by
singing—they thought they had destroyed his magic, but they had
not. Now, paired with his dragon, Starpounder, Colewolf was as
powerful as any of the bards. Even before he had joined with the
black dragon, he had been a formidable rebel spy. Colewolf and
Kiri— father and daughter—had fought the dark well on Dacia.

Once the dragons had licked the ice away,
they thrust their heads over each other’s backs, to sleep. Dawn
began to lighten the sky. Marshy woke in Camery’s arms, shivering.
She pulled her cloak closer around him and leaned back against Teb,
where he sat in the curve of Seastrider’s flank. Teb put his arm
around her comfortably. They had been parted for many years, until
the war in Dacia had brought them together. She had been a spy for
the rebels, working with Kiri and Colewolf. Now, she snuggled close
to him. Her voice was hoarse from the cold wind.

“Can you find Mama’s diary in your pack,
Teb? I want to see it; I can’t stop thinking of it; I want to read
Mama’s words. To know that she’s alive—nine years since she left
us.” She turned, in the circle of his arm, to look at him. “The
journal of the Queen of Auric. Perhaps the only journal ever
written by a dragonbard. And we never knew she was a bard—all our
time together, we never knew.”

Teb opened his pack and rummaged among a
change of clothes and leather packets of dried meat. He drew out
the oilskin package and unwrapped their mother’s small
leather-bound diary. Before they had begun their journey to
Yoorthed, he had retrieved it from where he’d hidden it in the
dragons’ lair. He had had to break the diary’s lock.

The first part contained memories of when
the two children were small and comments about the dark invaders,
how they were moving across Tirror conquering the small island
nations. “The part about her leaving us is near the end,” he said.
“But she thought about it for a long time; the entries are full of
it.”

Camery thumbed through the pages, whispering
Meriden’s words as if, by speaking them, she could touch their
mother and bring her back to them.

“
The wars are flaring across Tirror. Our
island nations are being enslaved one by one. The dark invaders sow
their seeds of forgetting, until we have no memory of our past. How
easy it is for them. With the shape of the past driven from our
minds, we are already half enslaved, and they can quickly defeat
us. I bleed for my dear world.

Conqueror by Stephen Baxter
The Shakespeare Stealer by Gary Blackwood
Beowulf by Rosemary Sutcliff
Betting It All: A Hellfire Riders MC Romance (The Motorcycle Clubs Book 11) by Wilde, Kati
The Gunslinger's Man by Helena Maeve
Darkangel (The Witches of Cleopatra Hill) by Christine Pope
A Case of Heart Trouble by Susan Barrie
Fame by Karen Kingsbury
My Name Is Memory by Ann Brashares
The Billionaire's Counterfeit Girlfriend by Nadia Lee