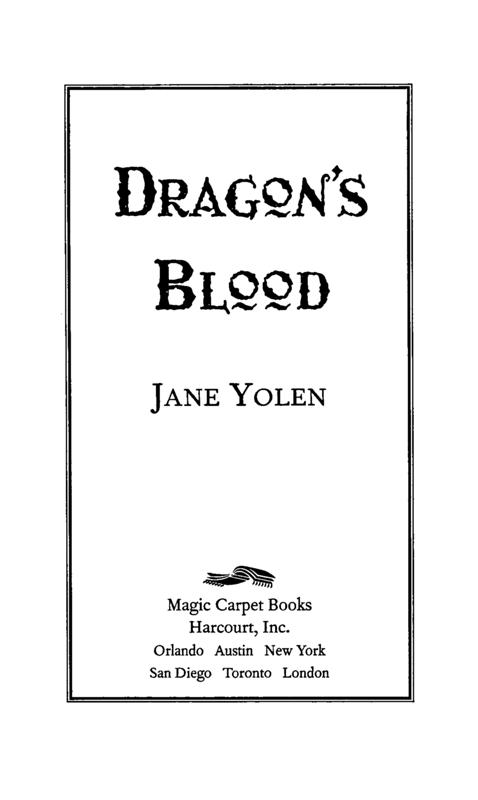 All rights reserved. No part of this publication may be reproduced
or transmitted in any form or by any means, electronic or mechanical,
including photocopy, recording, or any information storage and
retrieval system, without permission in writing from the publisher.

Requests for permission to make copies of any part of the work
should be mailed to the following address: Permissions Department,
Harcourt, Inc., 6277 Sea Harbor Drive, Orlando, Florida 32887-6777.

Magic Carpet Books
is a trademark of Harcourt, Inc., registered
in the United States of America and/or other jurisdictions.

For Jeff, Joan, Jim, and Scott,
my first SF friends 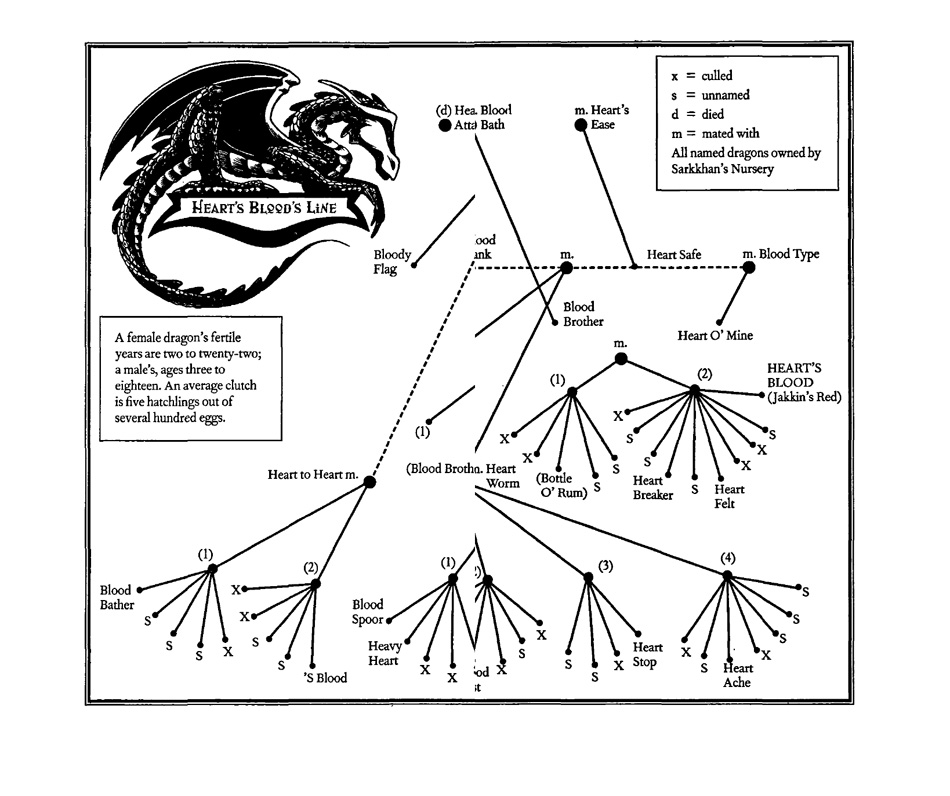 A
USTAR
IV is the fourth planet of a seven-planet rim-system in the Erato Galaxy. Once a penal colony marked KK29 on the convict map system, it is a semi-arid, metal-poor world with two moons.

Austar IV is covered by vast deserts, some of which are cut through by small, irregularly surfacing hot springs, and several small sections of fenlands. There are only five major rivers: the Narrakka the Rokk, the Brokkbend, the Kkar, and the Left Forkk.

There is a variety of insect and pseudo-lizard life, the latter ranging from small rock runners to elephant-sized dragons. (See article and holo sections, vol. 6.) Unlike Earth
reptilia,
the Austarian dragon-lizards are warm blooded, with pneumaticized bones for reduction of weight, and a keeled sternum where the flight muscles are attached. They have membranous wings with jointed ribs that fold back along the animals' bodies when the dragons are earthbound. Stretched to the fullest, an adult dragon's wings are twice its body size. From claw to shoulder, some specimens have been measured at thirteen feet. These dragons were almost extinct when the planet was first settled by convicts and guards from Earth in 2303. But several generations later, the Austarians domesticated the few remaining dragons, selectively breeding them for meat and leather and the gaming arenas, or "pits."

The dragon pits of Austar IV were more than just the main entertainment for the early settlers. Over the years, the pits became central to the Austarian economy. Betting syndicates developed, and starship crews on long
rim-world voyages began to frequent the planet for illicit gambling.

In 2485, under the control of Galaxian Law, illegal gamesters were transported from Austar IV to KK47, and a constitution spelling out the government's role in the economyâincluding control over the gamblingâwas voted in. A caste system of masters and bond slaves, the remnants of the convict-guard hierarchy, was established. And The Rokk, which had been the fortress center of the ruling guards and their families, was made into the capital city.

Now that the inhabitants of Austar IV are many generations removed from their convict ancestors, the planet is no longer off-limits to long-haul starships, although the Erato Galaxy itself is still only in protectorate status. However, because of the fighting pit dragons, Austar has become one of the better known R&R planets in the explored universe.

âexcerpt from
The Encyclopedia Galaxia,
twenty-ninth edition, vol. I, AAAL-BASE

T
HE TWIN MOONS
cast shadows like blood scores across the sand. Jakkin hunkered down in a bowl-shaped depression and listened. Inside the wood-and-stone dragonry he could hear the mewling and scratching of hatchlings as they pipped out of their shells. One more night and the hatching would be complete. One more night and he could steal in and pick out a hatchling to raise in secret out in the sands.

As he listened, Jakkin stroked the leather bond bag that hung from his neck chain. The bag held only a few coins. But Jakkin knew that once he had trained his dragon to fight in the pits, his bag would be plump and jangling with gold. Then no one could call him
bonder again, and he would answer to no master's call but his own. He would be a boy no longer, but a man.

The rustlings inside the nursery increased as more and more hatchlings caught Jakkin's scent. They began to squeak their distress, a high peeping that multiplied quickly. In the nearby stalls, the hen dragons stomped their feet. They were well used to the man-smell, but the panic of the newborn nestlings made them restless. Their huge clawed feet beat out challenges to the intruder near the clutch. Any moment now, a hen might roar, and
that
would wake any sleeping bonder within hearing.

Jakkin did not dare stay longer, but what did that matter? He had heard the sound of the hatchlings and he knew how close the pipping was to being finished. As a lower stallboy, he was not allowed into the incubarns. His job was to clean the stud stalls and bathe the big male dragons: dust and fewmets, fewmets and dust. He was no better than a mecho garbage collector, but at least he did not clank like one, disturbing the great cock dragons in their stalls. Few of the male dragons could
tolerate the sound and smell of a mechanical heapster without hackling, their collars of hardened neck flesh raising up for a fight. A hackled dragon was no good for stud. It took days to calm one down. So humans, bonders, had to serve as waste collectors even on the most modern worm farm.

Jakkin knew the stud barn well, but the incubarn he could only imagine from its sounds. Tomorrow night, when the hatching was complete, he would find his way into those half-lit, cozy compartments where the temperature was kept at a constant 34Â°C. He would find his way and get himself a snatchling, and begin the transformation of bond boy into master in one quick, secret, silent act.

Jakkin turned and ran, bent over, toward the northernmost corner of the building. He waded across the stone weir, knee deep in the water that was channeled through the dragonry from the Narrakka River. At the third join, he climbed out again, but kept low until he came to the dunes, another shadow in a night of shadows.

The desert air dried his legs quickly. The water had come nowhere near the bottoms of
his thigh-length bonder pants. He checked the horizon for unfamiliar shapes, watchers in the night, and then he stood up, but only for a moment. He took the whisker from the sheath on his belt and began to broom his footsteps away. It made the going slow, and his back ached with the effort, but he did not dare leave prints to show that anyone had gone out across the sands. Bonders, lacking most entertainments, loved to gossip. At night in the bondhouse, once the lights were out, there was little else to do until sleep claimed them.

Jakkin had a few hours before the cold of Dark-After. He planned to use them to check again on the crops of blisterweed and burnwort he was growing in his hidden oasis. Everything had to be ready for the arrival of the snatchling. He dared leave nothing to chance.

Jakkin thought, and not for the first time, how his inability to sense anything in the egg made stealing a dragon so difficult. Eggs were never counted; hatchlings were. That was because so few of the eggs actually hatched. Anyone could steal an egg unnoticed. But unless the thief could sense the living dragon within the shell, his chances of success were small.

And Jakkin did not have that sense. His talent was with the grown dragons, like his father before him. But his father had never had any time to teach Jakkin training skills. He had died out in the sands, beneath the claws of a feral dragon he had tried to train when Jakkin was very young. Jakkin's mother had buried her man and then sold Jakkin and herself into bond for food and shelter. She had died, mourning, within the month, leaving Jakkin with scant memories, half-remembered stories his mother had told him, and a bond bag he was much too small to fill.

He thought back on his past as he whisked away his footprints, but without bitterness. What was, was. Bonders said, "You can fill no bag with regrets." What mattered now was stealing an egg, an egg containing a live dragon, without being caught. Then he had to watch over it until it hatched, and train it in secret to be a proper fighter. A champion in the pitsâa big, bright, responding red with a terrible roar and flames six or seven meters longâcould buy Jakkin out of bond. Such a dragon had not been seen on Austar IV for as many years as Jakkin could recall. But he was determined to find one, raise it up, train
a champion, fill his bag, and become a master. And becoming a master, he would become a man.

J
AKKIN WAS SO
lost in his dreaming, he came to the oasis sooner than he expected. It was only wide enough for a wellspring and a crude reed shelter. He had found the stream by chance when wandering alone in the sands several years earlier on the anniversary of his father's death. Then he had not known enough to broom away his steps. Anyone could have followed himâand shared his find. He had been lucky that time, for his tracks had drifted back into the dunes, covered by the pervasive wind-dervishes that deviled this part of the planet.

The warm spring rose out of nowhere and disappeared as quickly, a bright ribbon of blue-white water running east to west a scant ten meters. It had no rocks or faults in the bed to make it bubble, and so it moved quietly the length of its run. Yet it shimmered against the sand unexpectedly, like dragon scales in the sun. The western end was rimmed with sand-colored kkhan reeds.

When Jakkin had first found the spring, he had begun his digging with his hands. On subsequent trips he had brought a small shovel, borrowed from the nursery supply room and long since returned there. Slowly, and with much perseverance, he had widened the western edge to make a pool. The pool was large enough for a boy to swim in, though too shallow for deep dives. And for four years the oasis had been his secret place. He came when work was finished or on his Bond-Off, the semimonthly holiday each bonder had from the dragonry. Jakkin had told no one about it, not even Slakk or Errikkin, his two closest bondmates. They chose to spend their Bond-Offs with the others, stuffing themselves at the Krakkow Stews or gaming at its minor pit. As young bonders, they mostly watched at the pit, having little in the way of coins with which to bet. Some of the older bond boys spent their time and gold at the baggeries as well, where girls waited to be filled like empty bags. But Jakkin preferred the silent, simple pleasures of his oasis and the knowledge that the few coins in his bag were in no danger of being lessened by trips into town.