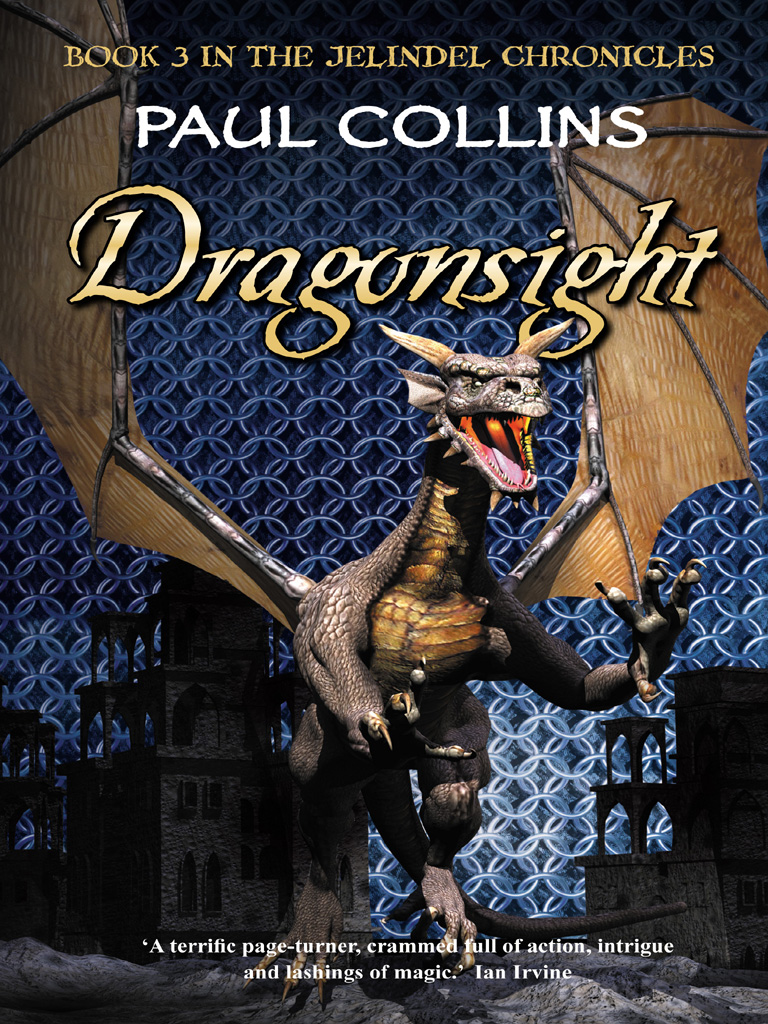 Paul Collins was born in England, raised in New Zealand and moved to Australia in 1972. In 1975 he launched
Void
, a science fiction magazine.

In 1978, Paul moved from magazine to book publishing, with a series of original Australian science fiction and fantasy novels and anthologies. During this time he published Australia’s first heroic fantasy novels.

He sold his first professional fantasy story in 1977 to the United States magazine
Weirdbook
. The best of his short stories have been collected in
The Government in Exile
(1994). A later collection,
Stalking Midnight
, was published by cosmos.com.

His first fantasy novel for younger readers was
The Wizard’s Torment
. Paul then edited the young adult anthology
Dream Weavers
, Australia’s first heroic fantasy anthology. This was followed by
Fantastic Worlds
, and
Tales from the Wasteland
.

Together with Michael Pryor, Paul is the co-editor of the highly successful fantasy series,
The Quentaris Chronicles
; he has also contributed to the series as an author. Paul’s recent works include
The Jelindel Chronicles
,
The Earthborn War
trilogy and
The World of Grrym
trilogy in collaboration with Danny Willis.

Paul has been the recipient of several awards, notably the inaugural Peter McNamara, the Aurealis, and the William Atheling. He has been short-listed for many others, including the Aurealis and Ditmar awards.

Paul served time in the commandos, has a black belt in both tae kwon do and ju jitsu, he was a kickboxer, and trained with the Los Angeles Hell Drivers.

The Spell of Undoing

Lords of Quibbitt
(with Danny Willis)

The MUP Encyclopaedia of Australian Science Fiction and Fantasy (ed)

BOOK THREE IN THE JELINDEL CHRONICLES

This publication is copyright. Apart from any use as permitted under the Copyright Act 1968, no part may be reproduced by any process without prior written permission from the publisher. Requests and enquiries concerning reproduction should be addressed to Ford Street Publishing Pty Ltd
2 Ford Street, Clifton Hill VIC 3068.
Ford Street website: www.fordstreetpublishing.com 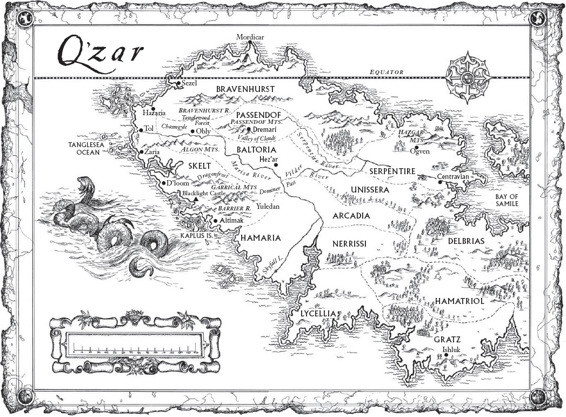 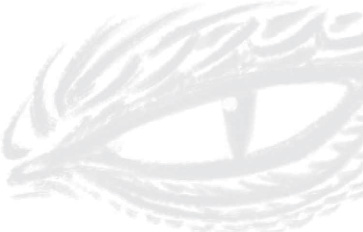 T
he monk was deep in contemplation inside the cave mouth when the world began to change. At first the sound was far off, a rumble of distant thunder. Yet it was a vibration that seemed to emanate from the air and ground alike.

The holy hermit stirred, sensing that something was wrong. He gazed about, blinking away all things otherworldly from his eyes. His meagre possessions – a sheepskin rug, a carrying bag, a pot, a kettle, a small sack of food, and his magical talisman – were where they should have been.

He turned to look outside. What he saw made him scramble arthritically to his feet. He hurried to the ledge projecting from the mountainside and looked out over Dragonfrost: a vast plateau of crumbling rock and blasting sand storms in the Garrical Mountains. It was devoid of life, scoured clean by the howling winds that had blown unceasingly for thousands of years, eating away stone and rock like rivers of acid.

A shadow had fallen across Dragonfrost, and from its depths a maelstrom was blowing, the beginnings of a vast, churning tornado. Inside the shadow a great rain of stones and boulders, some as big as houses, and twisting ropes of dirt, fell to earth. The ground erupted in a frenzy of explosions as the boulders rained down, forming craters in the plateau and throwing up enormous swathes of sand and pulverised rock.

The hermit’s gaze shifted to the sky, searching among the ragged clouds for the source of the attack, but his eyes were rheumy with age. He squinted, trying to make out shapes that were neither cloud nor imagination.

The sound that had awoken him increased to a throaty roar, as if some beast of unimaginable girth had awoken in the depths of the earth, seeking release. Then he glimpsed it. Something dark and irregular in the cloud-torn sky; the roar increased till it hurt the old hermit’s ears.

When he saw the cause of the mayhem, he fell to his knees, awed. It filled the sky as far as the eye could see.

Another world had come to Q’zar. Perhaps it was Reculemoon or Blanchmoon. Or maybe one of the planets, fallen from its lofty orbit, thrown afar by an angry god; perhaps this was the End of Time spoken of in the old myths. The Judgement. The Great Accounting.

Still the other world fell slowly from the sky. The hermit scrambled for his talisman and muttered charms of ward and safety, and one or two of propitiation, just in case.

The thunderclaps continued, as though mighty mountains were being ground together, or continents torn apart. The noise buried itself in the old man’s bones, threatening to shatter them. Indeed, the hermit’s teeth were chattering, but whether from the trembling ground or from fear, he could not tell.

The falling world had reached the hermit’s eye level. He gazed in wonder at the ragged base, from which boulders and rocks and great torrents of dirt still poured like a tumultuous waterfall. In a moment that too had dropped beneath his high-flung eyrie. Next came vast walls of stone, rising for thousands of feet, before levelling off.

Finally, the new world was lodged deep into the earth below him and he gazed down upon it in disbelief. From his lofty perch he could see it laid out, though the farther side – more than eighty miles away – was lost in a haze: the new world was a vast irregular ovoid, surrounded by sheer barrier mountains within which were many narrow winding canyons, leading towards a gigantic crater some fifty miles across. In the middle of the crater rose a single sharp pinnacle of dark basalt, easily five thousand feet high.

Perched precariously atop the rocky finger was a forbidding castle, ringed by battlements and festooned with jutting towers and keeps.

The hermit frowned, squinting harder. Around the pinnacle, darting and weaving in the air like a swarm of gnats, were myriad creatures, little more than specks from where he stood. He decided that they looked like hundreds of tiny sparks of fire.

The new world made contact with Q’zar. The sound was ear-shattering. Instantly, enormous dust clouds spurted into the air and rose up on all sides, cloaking it from view, before rushing outwards with thunderous ferocity.

The hermit paled. He knew that when the walls of sand hit, anything in their path would be blasted out of existence. He stumbled into his cave, gathering handy possessions in haste.

The cave led deeper into the mountain, and on through to the other side via narrow fissures. He knew he had to bury himself as deep as possible before the scouring sandstorm arrived; worse, he knew even as he shoved his pot and kettle in the sack that a wave of grit was rushing inexorably towards him, hurtling through the air like a tidal wave.

In all, he had a few minutes. That was all. But he must live; he must carry the message to the world. He believed now that he had been chosen. He must warn the people of all lands that the ancient prophecy had come true.

The dragons had returned to Q’zar.