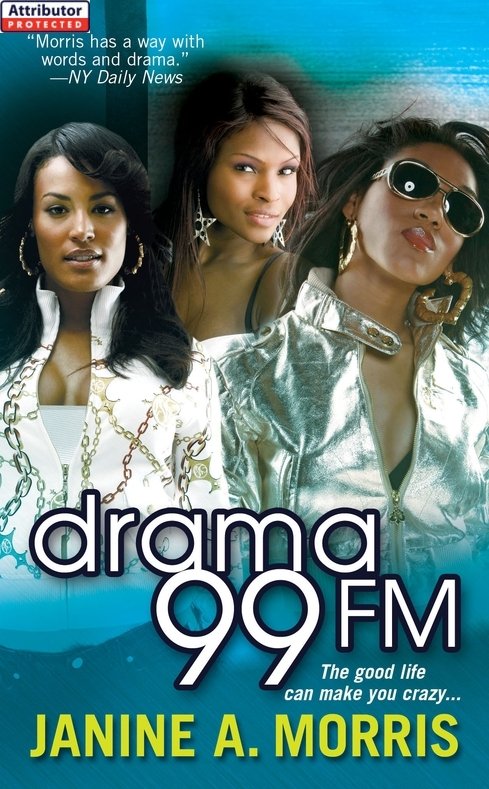 All copyrighted material within is Attributor Protected.
Table of Contents
Also by Janine A. Morris
Title Page
Dedication
Acknowledgments
Chapter 1
Chapter 2
Chapter 3
Chapter 4
Chapter 5
Chapter 6
Chapter 7
Chapter 8
Chapter 9
Chapter 10
Chapter 11
Chapter 12
Chapter 13
Chapter 14
Chapter 15
Chapter 16
Chapter 17
Chapter 18
Chapter 19
Chapter 20
Chapter 21
Chapter 22
Chapter 23
Chapter 24
Chapter 25
Chapter 26
Chapter 27
Chapter 28
Chapter 29
Chapter 30
Chapter 31
Chapter 32
Chapter 33
Chapter 34
Chapter 35
Want more from Janine A. Morris?
GREAT BOOKS, GREAT SAVINGS!
Copyright Page
This book is dedicated to my parents,
Carolyn and Julius Morris,
for helping me become the woman I want to be.
And also to my uncle Joe, who passed while I was
writing this book.
One of the last MohicansâRIP.
The Life . . . it's not for everybody
Acknowledgments
This is my fourth book and in my previous books I have acknowledged pretty much everyone in my life who has influenced me, inspired me, helped me, befriended me, and loved me. Therefore I am going to keep this one short.
All four of my books, including this one, were written while I was in law school and I am FINALLY done. I graduated May 17, 2009, from Hofstra Law School and I am happier than ever. I thank God for giving me the ability to write these four stories all while completing law school. He has been so good to me, and this is just one of the many things I have to thank Him for.
Professor Folami, my one law professor who inspired me to continue on the exact path that I am on and inspired me to never change because I see that you are genuinely youâthank you!!
My parentsâCarolyn and Julius. As always, thank you and I love you for EVERYTHING! I am strong, Mommy, because you are strong and you showed me how.
My siblings, Tasha and JR, are my shapers and molders. I love you both. My twin brother, who is not here in flesh but FOREVER with me in spirit, we did it, Jason.
Hammy, Tylah, Leila, and the new princess Jewelâlove you all. You are my interim children and every one of you brings me joy.
My baby, best friend, and the love of my life, Ahmadâeach book I write, you are still there to toast with me when I turn in the manuscript. Thanks for staying by my side. Thanks for being my air. Regardless of what happens between us, I treasure every day that we have ever spent together because they are magical 99 percent of the time. (OK, maybe 98 percent)

. Love ya, babes.
Mommy and Daddy MeggettâI can't tell you enough how much I love and appreciate you both. If ever your son drives me crazy, I remember that I couldn't live without you guys

and so I stay. Rashida, Les, Rashard, and the boysâlove you guys.
Kim Ginyard, Alicia McFarlane, Wendy Lat-tibedeure, Tiffany Ballard, and the rest of my law grad buddies, we did it, sisters!
Lauren, Gordon, Brandi, Brian, Troi, Candice, Tanika, Darryl, Anthony, Malik, Janice, Nay, Monique, Nikki Bigelow, Chrissy, and all my other cousins and famâlove you all.
In this music industry, as A Tribe Called Quest said, record company people are shady. Then there are those who are just true blue! DJ Envy, my brother, I love you always. Tracy Cloherty, I am thankful to have had the opportunity to work with you, learn from you, and have you as my friend. Fatman Scoop, I love to see you still doing your thing. Love ya, Isaac. Funkmaster Flex, I appreciate all that you have done for me throughout my entire career; your words of advice until this day and your help in making moves. You don't have to, but you do, and I appreciate you. Cocoa, you are always my girl. Crazy behind Clue, Absolut, Camilo, and WhookidâI love all of you guys repping for my Qboro