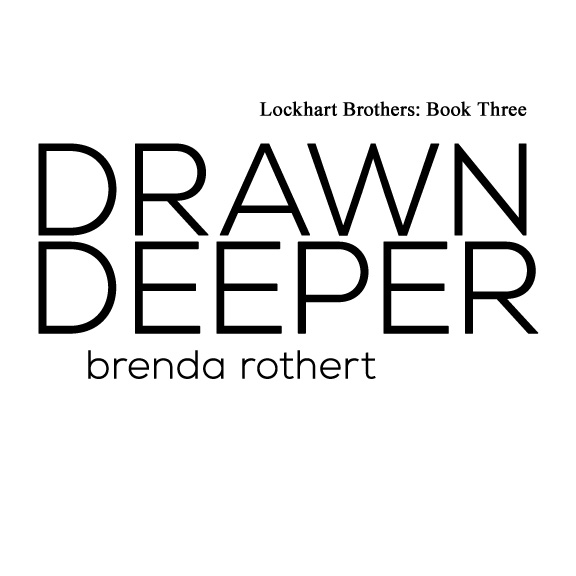 This book is a work of fiction. Names, characters, places, and incidents are either products of the author’s imagination or used fictitiously. Any resemblance to actual events, locales, or persons, living or dead, is entirely coincidental.

All rights reserved. No part of this publication can be reproduced or transmitted in any form or by any means, electronic or mechanical, without permission in writing from the author or publisher.

On the Line Series

I’d just picked up the pieces when she breathed new life into me. I was half a man then, trying to balance it all while telling myself I was better off alone. Foolishly, I thought she was all wrong for me.

But then, from chaos came clarity.

I turned my face to the side, glancing at my reflection in the window above my kitchen sink. My dark hair had dried in its usual messy style after my shower this morning, but hell, it’d be messy even if I fixed it, given my habit of running my hand through my hair unless I had a surgical cap on at work.

I considered shaving the dark coating of stubble on my face, but I would be in surgery nearly all day today and my mask would cover my face. My patients tended to care more about their health than my looks, anyway.

“Did you put an apple in my lunch, Dad?” my youngest son, Eric, called into the kitchen.

I turned away from the view of our backyard pool and looked at the lunch contents I’d gathered on the kitchen counter.

“Make sure there’s no brown spots on my apple. I ate a brown spot yesterday on accident, and it tasted like rotting flesh.”

I arched my brows with amusement. “Rotting flesh, huh? You’ve tasted that before?”

“I can just tell, Dad.” Eric’s voice was so serious and exasperated, I couldn’t help smiling. I opened the peanut butter and started making sandwiches.

As a single father, I had to get up at five thirty every morning to get my boys off to school and myself to work by eight thirty. It took that long for me to work out in my home gym, take a shower, get the kids up and moving, make their breakfasts and lunches, and drop them off at school.

After my ex-wife Kim left ten months ago, Jordan, Eric, and I had some mornings where we scrambled to make it to school and work on time. I set my alarm earlier every day until I got to something that worked.

In the middle of the kitchen, our puggle puppy Hagrid squatted and took a piss, giving me an unconcerned look that said,
“What?”

“Hagrid!” I set down the knife in my hand and ran over to sweep him off the floor. “You’re supposed to go outside, you asshole,” I grumbled in a low tone. “We talked about this, remember?”

I opened the back door and set him on the deck, then closed it and went back to the sandwiches. I’d just finished spreading peanut butter on Eric’s bread when I noticed a dog hair stuck in the peanut butter. I fished it out with the knife and continued.

The dog had been a serious impulse decision on my part. Kim had refused all pets, and about a month after she left, my sons were looking down over dinner one evening so I took them to the local shelter and let them pick out a dog.

They loved the damn thing so he was staying, but potty training him was a nightmare. I’d tried diapering him once out of desperation, but he just wiggled out of the diaper and then shit next to it.

“How should I know? Where’d you leave it?”

“You said you would wash it.” His voice got closer as he ran downstairs and walked into the kitchen. “But it’s not in the laundry room.”

“Sorry,” I said, packing lunch contents into two brown paper sacks. “I didn’t do it yet.”

“Just get it out of the laundry and throw it in the dryer with a fabric softener sheet,” I said. “It’ll be fine.”

“Dad, did you sign my homework sheet?” Eric asked as he walked into the kitchen. “Eww, why is the floor wet?” He looked down at his feet and then up at me.

“Hagrid,” I said, reaching for the roll of paper towels on the counter and tossing it to him. “And I signed your homework sheet and put it in your bag.”

“I’ll go change my socks,” Eric said, bending down to take them off.

I looked over at the microwave clock. “Seven minutes.”

It helped the boys if I counted down the minutes until we were leaving. Eric hustled out of the kitchen, wet socks in hand.

With my remaining minutes, I loaded the breakfast dishes into the dishwasher and put on the running shoes I wore to work every day. I was on my feet a lot, so I stuck to wearing running shoes and surgical scrubs.