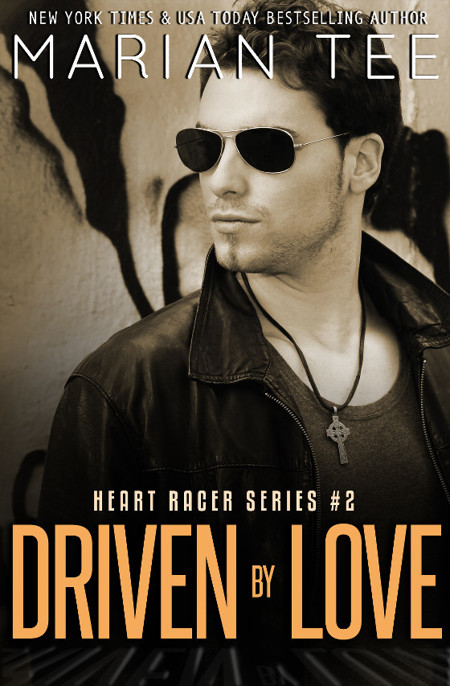 One year has passed since Leandro Christopoulos and Bobby Granger have last seen each other. Unhealed wounds have forced them to change, but one thing remains the same – the explosive chemistry between them.

Leandro is determined to recapture Bobby’s heart, but making her fall in love with him again may be impossible when he finds out that she already belongs to another man…who also happens to be Leandro’s greatest rival.

An ordinary man would have given up in the face of Bobby’s aversion, but not Leandro. Bobby is the only woman Leandro will ever love – and if blackmail is the only way to have her back in his life…then so be it.

May God rest his soul,
and the hundreds of invited guests murmured them over and over to the family of the deceased. Their soft voices echoed throughout the hallowed halls of the church, their tones painfully bleak.

Tyler shifted uncomfortably on his feet and pulled on his collar. He knew he should be thankful, being one of the lucky few who had been selected to cover the first death anniversary of Greece’s most beloved public official. But if Tyler was honest, he would rather be covering the opening of the 10 millionth hotdog stand in Central Park. Memorial services depressed the hell out of him, and this one was fast proving to be one of the most depressing.

Everyone inside the church had grim looks on their faces. If he didn’t know better, he’d have assumed Orion Christopoulos had just died yesterday instead of a year ago.
Had Orion Christopoulos really that been great
, Tyler wondered. Since his job only required him to follow society gossip, Tyler had no idea at all about politics, much less news that had to do with governments outside America.

A shadow fell over Tyler, briefly covering the light streaming from the stained glass walls of the church’s balcony. When he looked up, Tyler did his very best not to gape.

It really was him!

Tyler nodded to his cameraman, who immediately raised his camera to his shoulder and zoomed in on the Christopoulos heir.

Tyler giddily took in his fill of the billionaire swiftly making his way to the podium.

Tall, dark-haired, and olive skinned, Leandro was very much like the Greek god he was often called by his fans worldwide. Dressed entirely in black, he cut an imposing figure, his presence so magnetic and strong it felt like he was omnipotent.

There was a look of deep respect in most of the locals’ eyes as they gazed at Leandro, almost like they wanted to bow down as the new head of the Christopoulos family walked past them.

When Leandro came to stand behind the microphone, Tyler heard the women next to him inhale sharply, the sound akin to someone who, after living in darkness for so long, just had a glimpse of the sun.

In all honesty, that was how the past twelve months had felt like, Tyler thought. He was a proud member of the Leandro Christopoulos fans club and had been one of the millions heartbroken upon learning that Leandro was joining his family as they withdrew from the public while in mourning.

Not a single picture of any of them surfaced in the media, which was why the press had gone crazy when the announcement about Orion Christopoulos’ death anniversary had been released. After one long year of being starved from any semi-naked and sweaty photos of one of the world’s most infamous bikers, the public was willing to pay just about anything to catch a glimpse of him.

As Leandro spoke of his gratitude for those who had come to honor his father’s passing, Tyler was content to just stare at the billionaire. His cameraman could fill him in later about whatever it was that Leandro said. Now, all he wanted to do was daydream and pretend that he was the one girl allowed to be with Leandro during the past year.

According to those close to the family, Leandro, his younger sister, and his mother had worn black every day of their mourning as well as refrained from attending any social gathering.

There were also rumors about how the Christopoulos family had made personal sacrifices as a way of exhibiting their deep sorrows over Orion’s passing. Tyler had heard from the grapevine that Orion’s widow had gone on a year-long fast, the young girl had taken to studying at home, while Leandro…

What had Leandro Christopoulos sacrificed?
Tyler pondered with a frown. Maybe he went off womanizing? He still remembered Leandro’s younger days fondly. Every time Leandro had won a race, he would take off his shirt and throw it to the crowd. Catfights always erupted after that because everyone knew whoever could bring his shirt back to Leandro would have the privilege of sleeping with him that night. As for the rest, well, they had the consolation of being able to gawk at Leandro’s half-naked body.

Those days were the best,
Tyler thought with another inner sigh. Leandro Christopoulos had been the wildest of wild cards, taking every kind of dare and challenge thrown at him. And, oh, the parties he had thrown and the stories that always emerged after, of his prowess in the bedroom. Once, there had even been a rumor going on about Leandro’s ability to make a woman come in five minutes. Leandro had denied it on camera – and then proceeded to prove to the sexy reporter that he was able to do it in less by making her come in three and a half.

Tyler was abruptly pulled out of his memories when he heard the minister declaring that the service was over. That only meant one thing – the short interview that Leandro Christopoulos had promised to grant after the service would finally start.

He immediately shot forward, wanting to be the first to reach the billionaire, but just as swiftly, Leandro was surrounded by his security team. From the corner of his eye, Tyler saw another group of security officers drawing away Leandro’s mother and sister and leading them to the side exit of the church. Tyler squashed a pang of regret. It would have been nice if he could have interviewed Leandro’s younger sister, too. He had heard a juicy rumor about her, and what a coup it would be if he could confirm its truth.

Tyler’s head snapped towards the voice, and he paled when he realized that Leandro Christopoulos was speaking to him.
Shit. Was he in some kind of trouble here? Or maybe Greek billionaires like Leandro Christopoulos were homophobic and he hadn’t known about it?
And how the hell did Leandro know his name? Sure, he had heard about Leandro being some kind of ruthlessly intelligent tycoon – the kind you didn’t cross, but did that also mean he had some kind of super memory powers?

As far as he could remember, Tyler had only been introduced to the billionaire
once.
He was one of thousands of reporters introduced to the other man, and yet Leandro knew his full name. Tyler wondered nervously if it meant he had committed some kind of faux pas unknowingly. Although he was far from being an expert when it came to Greek society, what little he knew told him that a Christopoulos’ word here was law.

When he realized that
everyone
was staring at him and Leandro Christopoulos was waiting for him to speak, Tyler stammered, “M-my c-condolences, sir.”

The Greek billionaire only nodded and asked mildly, “Do you have a question? You were the first one to reach me, and so it is only fair that I allow you to start the interview.”

Tyler gulped. God, he felt like he was being eyed by a shark. An extremely powerful shark, one who could snap him into pieces if he wanted to. Tyler had to remind himself several times that he was in his mid-thirties and was thus a decade older than the Greek billionaire.
He was the mature one here
, he told himself firmly. Maturity and experience always counted. He shouldn’t be intimidated by this boy.

But when he looked back at the “boy”, Tyler’s courage fled.

Maybe it was the loss of his father. The passing of time. Maybe it was even the alleged loss of his first love Bobby Granger. It could be anything, but one thing was very clear – Leandro Christopoulos was not the same man he had been a year ago.

The tone was threaded with the slightest hint of impatience, making Tyler even more nervous. He blurted out unthinkingly, “Wh-what do you think of Sabastian Gabris?”

The crowd of reporters behind him collectively drew their breaths at the same time Tyler did. He wanted to bang his head on the wall.
Oh God, now he was in for it
, Tyler thought fearfully. Why the hell had he asked that of all things? Everyone knew—

Tyler slowly peeked at Leandro’s face and almost gaped at the other man’s look of puzzlement.
Oh dear Lord – did that mean everyone but Leandro Christopoulos knew about Sabastian Gabris?

“We have been rivals in the past,” Leandro said. “But I don’t see what he has to do with me now.”

Before Tyler could figure out how to answer that, another reporter was already handing Leandro an iPad. Tyler caught a glimpse of what was on the screen and gulped at the headlines.

Someone yelped in the crowd.

It was the owner of the iPad and when Tyler looked back at Leandro, he realized with a wince that the billionaire’s grip had been so strong he had left a very visible dent on the screen.

Leandro Christopoulos slowly forced his fingers to loosen its grip on the iPad and handed it back to its unfortunate owner. “You will be compensated for that,” he heard himself murmuring before swiftly turning around and heading to the side doors of the church.

The crowd of reporters protested loudly, shouting questions and complaining about him not keeping his word.

The noise they made was deafening, but Leandro didn’t really hear a word of what they were saying. All he was aware of right now was Bobby. His Bobby. His Bobby, caught on camera in the arms of another man.

His chest felt like it was caving in at the tortuous pain the image evoked.

No. Fuck no. It couldn’t fucking be true.

“You can do this,” Roberta “Bobby” Granger muttered as she gave her reflection a
Mean Look
in the mirror. People who worked for her always told Bobby her Mean Looks were very effective, that they were so scary it forced everyone to do what she wanted. Hopefully, her Mean Look would also work on her stubborn heart.

The sudden loud banging on the door made Bobby jump. “Jeez, Bobby, are you doing Number 2 or what?”

No. She was not doing Number 2. What she was doing was Number Zero, which meant she was
this
close to drowning herself in the toilet bowl until she choked and died. That was a lot better than what – who – waited for her outside.

Rare by Garrett Leigh
Happily Ever After by Tanya Anne Crosby
Heroes of Falledge Book One: Black Hellebore by Zoltack, Nicole
Castles in the Air by Christina Dodd
Outlaw Rose by Celeste Rupert
Dead Stars - Part One (The Emaneska Series) by Ben Galley
The Best Military Science Fiction of the 20th Century by Harry Turtledove
Fire Along the Sky by Sara Donati
Crossroad Blues (The Nick Travers Novels) by Atkins, Ace
Persian Mirrors: The Elusive Face of Iran by Elaine Sciolino