Read Dutch and Gina: The Power of Love Online

Dutch and Gina: The Power of Love 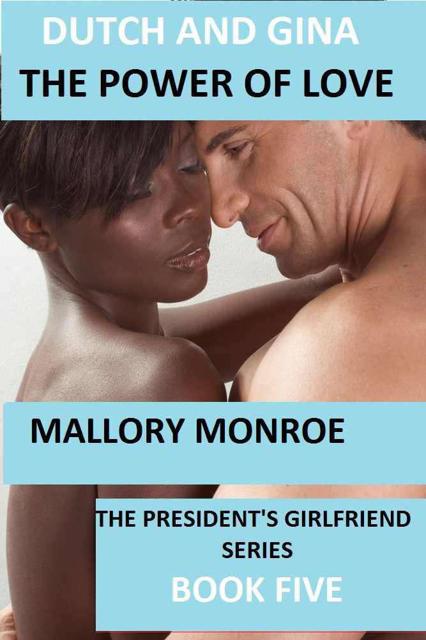 When Walter “Dutch” Harber, the President of the United States, is caught in a compromising situation in a San Francisco hotel room that leads to deadly consequences, the Washington press takes matters into their own hands with rumors and allegations that could bring down his presidency. But when Gina, his African-American wife, is dragged in by powerful forces they didn’t see coming, it is Dutch who takes matters into his own hands to protect his wife and preserve her good name.

In the fifth installment of The President’s Girlfriend series, Dutch and Gina endure twin catastrophes that seek to tear the very foundation of their love apart, and that calls into question everything about their love, their friends, and themselves..

All rights reserved.  Any use of the materials contained in this book without the expressed written consent of the author and/or her affiliates, is strictly prohibited.

for more information on all titles.

SOME CAME DESPERATE: A LOVE SAGA

STAY IN MY CORNER

on all romance titles.

Walter “Dutch” Harber, the President of the United States, sleepily reached for the phone just as he realized he wasn’t in the White House anymore, but was in a hotel in San Francisco.

And it wasn’t a ringing phone he was hearing, but knocks on the door of his suite.

He got out of bed and wrapped his blue silk robe around his naked body.

He wasn’t accustomed to answering doors at this late hour, especially since the protocol for waking him wasn’t to knock on his door, as they were knocking now, but to telephone him.

The call usually came from the highest ranking staffer in his entourage, and was usually to inform him of some major news that broke overnight.

But when Dutch opened the door of his suite, and saw his chief of staff, Crader McKenzie, along with two men he didn’t recognize, he knew this was something altogether different. The two men quickly identified themselves as detectives with the San Francisco police department, and they were surrounded by far more Secret Service agents than had previously been assigned to guard the president’s door.

“Sorry to disturb you, sir,” Crader McKenzie began, “but these two detectives have insisted on speaking with you.”

Crader was a former United States Senator and was Dutch’s best friend.

He was a man who could take liberties with the president where few others could.

But even he knew this was a tad much.