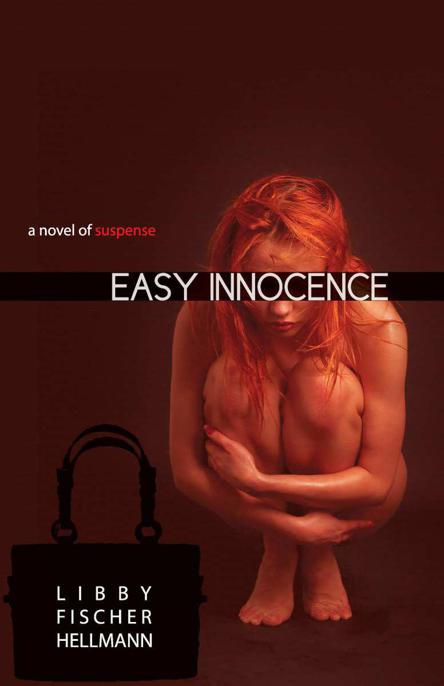 a division of Big Earth Publishing

This is a work of fiction. Any similarities to people or places, living or dead, is purely coincidental.

Library of Congress Cataloging-in-Publication Data has been applied for.

For Robin whose song brings joy and sunshine to my life

I AM
continually amazed by the generosity and patience of so many people, without whose help this book would not have been written. Thanks (again) to Mike Green, Deputy Chief of Police in Northbrook, Illinois; Detective Mike O’Malley of Northbrook; Cook County Prosecutor Robert Egan; P.I. Joel Ostrander (who put up with endless questions); Sue Trowbridge; Attorney Dan Franks; and therapist Rick Tivers. Also thanks to Illinois EPA official Bob Carson;Judy Bobalik (is there anything she hasn’t read?), Kent Krueger, Roberta Isleib, Deborah Donnelly, and Ruth Jordan. And, of course, the Red Herrings.

The transcript of an Oprah show on high school and teen prostitution was also useful.

Finally, sincere thanks to Jacky Sach, who helped conceive the story; Nora Cavin, whose editorial expertise shaped it; Ann Rittenberg, whose insight strengthened it; and Alison Janssen, whose sharp eye polished it.

LONG AFTER
she moved on, she would remember the smells. Her eyes, she kept closed—she’d never been a watcher, and most of the time there wasn’t anything worth looking at. But the smells were always there. Sometimes she made a game out of it. She could usually tag them by their aftershave. Brut. Old Spice. The man who reeked of Opium. Those were easy. It was when they didn’t bother to clean up, when their greasy hair or body odor or foul breath made her gag, that it got hard. Then she stopped playing the game and took shallow breaths through her mouth.

There was also the dusty smell of the blankets. The starchy scent of the sheets. The faint residue of smoke in the rug and curtains. In nicer hotels, she might catch a lingering trace of disinfectant.

But the smell of sex—that was always the same. It didn’t matter whether the man was white or black or Asian. It didn’t matter the state of his personal hygiene. Sex gave off that slightly chemical, briny odor. Sometimes yeasty. Sometimes flavored with sweat. It wasn’t offensive. Just different.

As she rolled off his body, his aftershave cut through the smell of sex. Spicy but sweet. She didn’t recognize it, but she knew it was expensive. She sat up. The room was large and elegantly furnished. Late afternoon sun spilled through wooden window slats. He always brought her to nice hotels. And he paid well. They never haggled.

She grabbed the small towel she’d left at the end of the bed and gently rubbed his cock. He moaned and stretched out his arms. He claimed he liked to clean up right away, but she knew he just wanted some extra attention.

She kept rubbing. “How we doing?”

He kept his eyes shut, but a smile tickled his lips, and he angled his pelvis up toward the towel. “Mmmm.”

Men were so predictable. But this was what made it worthwhile. Besides the money. She loved the moment when they reached the edge of passion and couldn’t hold on any longer. When they shot into her, relinquishing everything. The feeling of power at that moment was incredible. And addictive.

She massaged him for another minute, then stopped. Always leave them wanting, she’d learned. Sometimes it meant another round. And more money. This time, though, he didn’t move. He lay so still she wondered if he had fallen asleep. She hoped not. She had another appointment.

She bunched up the towel and lobbed it across the room. It landed on her black leather mini-skirt. Damn. She’d paid nearly two hundred dollars for it, another two for the jacket. No way she’d let it get ruined by a sex-stained towel. She got out of bed, picked up the clothes and the Coach bag lying nearby. She remembered when she bought the bag. How she handed over the three hundred dollar bills with a blasé expression, trying not to show how proud she was to have that kind of cash. How the sales clerk at Old Orchard Mall squinted, trying to hide her envy. Yes, it was worth it.

She headed into the bathroom, making sure to leave the door open. He liked to watch her get dressed. She tried to remember if he’d always been that way. She thought not. Of course, things were different then. She smiled to herself. If he only knew. She cleaned herself up and put on the skirt, then the filmy see-through blouse. She checked herself out in the mirror, pirouetting left then right. She’d lost a few pounds over the summer, and she liked her new lean look. She’d be shopping for winter clothes soon. That would be fun.

She was reapplying her makeup, thinking about Prada boots and Versace sweaters when his cell chirped. She heard him curse, then fumble around for his jacket. She heard the metallic click as he flipped the phone open.

She studied her hair in the mirror. It had come down, and her blond waves framed her face. But she had another job, so she rolled it back up into a twist. With her hair, her makeup and clothes, no one recognized her. Including “Charlie.” She almost giggled. Charlie. What kind of name was that for a john? He should have been more creative. Sometimes she said her name was Stella. The object of desire. Better than that stupid streetcar.

She couldn’t hear who he was talking to, but the long exhalation that followed told her he wasn’t going to be hanging up.

“That’s what we’re meeting about.” A pause. “The funeral’s at Christ Church up here. She refuses to go back to the old neighborhood.” Another pause. “Memorial Park.”

She stopped fiddling with her hair.

“I told you. I don’t want to talk about this. I told you I would handle Fred. But you couldn’t wait. Now we’re both up shit creek.”

Fred? She dropped her arms and slowly turned around. He sat on the edge of the bed, his profile to her. His cell was glued to his ear, and he was trying to pull up his pants with his free hand. She leaned against the bathroom door.

“Of course, she’s upset.” He snapped the button of his trousers. “He’s the only one in the family she talked to. For him to die—alone—in a fire—she’s devastated. Everyone is. I told you not to jump the gun. We were practically there.”

She bit her lip, trying to piece it together. When she thought she had it, she sucked in a breath.

He twisted around and stared at her. The anger that ran hard across his face disappeared, and his expression grew puzzled. Then his eyes narrowed. “I’ll call you back.” He released the cell from his ear and snapped it closed.

She looked down. But not fast enough.

A PRINCESS.
That’s what she looked like to him. A fairy princess.

Shh. Quiet. Don’t make a sound. Have to watch the silky, golden-haired girl. See her twist and twirl in the clearing
.

He slipped behind a tree. As quiet as a mouse.
A furry mouse. Mousekeeters. Karen and Cubby
. But the girls with her in the clearing were not quiet. They shouted and laughed. And made the princess spin around in a circle. She stumbled from one to another while they clapped and cheered. They should stop, he thought. Fairy princesses are not meant to fall. Fairy princesses are meant to smile, to soar, to glide. Their wands flickered as they touched the anointed, and the anointed rose up strong and powerful.

No. Must not touch myself. It is bad. Everyone says so
.

The branch he’d been holding fell back, but the girls, absorbed in their chanting, didn’t notice. He waited a moment, then lifted the branch again.

The girls had gone. The princess was alone. But she did not flutter from spot to spot, bestowing magic with her wand. She stomped around the clearing, her arms out in front. Long, bare arms, her summer tan not quite faded. He imagined the shapely, tanned legs beneath her jeans. He felt himself stiffen.

She couldn’t see. A white metal bucket covered her head. A foul smell came from the bucket. Fish. Dead fish. How did that happen? She pulled at the bucket, tugging, yanking, trying to take it off. But it would not come off. Her ring made a tinny sound against the metal. A quiet clang.
Knock knock. Who’s there? Who’s coming?

“Is anybody there?” He could barely hear her muffled cries. “Please. Help. It’s getting hard to breathe!”

He let the branch fall again. Her ladies-in-waiting had abandoned her. He, the gallant prince, would rescue her. But first he had to attend to the urge. It was strong, his urge. Sometimes it consumed him. It was what he did when he saw beauty. It was the only thing that soothed him. And the fairy princess was very beautiful. He hid behind a tree and dropped his pants.
Quiet. Very quiet. Can’t let anyone see
.

His heart began to pound. She was calling. I am here, your highness, he wanted to say. I will be there. But first, I need to do this. It will only be a minute.
Minute rice. Minute men. Minute. Minute. Minute.

A moment later, he sagged and clung to the tree. He had finished. He peered around. The princess was standing strangely still. Had she heard him? No. How could she? He was always quiet. And she had that bucket on her head.

Bushes rustled on the other side of the clearing. Who was creeping out of the woods toward the princess? Was that a baseball bat in their hands? Or was it his imagination? The doctors kept saying he saw things that weren’t there. Did things he shouldn’t do.

His father had bought him a Louisville Slugger when he was young. Told him about Ted Williams and Harmon Killebrew. Taught him how to swing from his hips. He remembered that day. It was a good one.