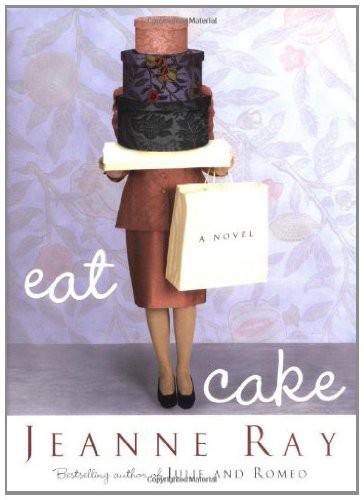 A complete list of permissions is on
this page
.

For Heather and Ann Patchett

“Should I, after tea and cakes and ices
,
Have the strength to force the moment to its crisis?”

YEARS AGO, I WENT TO A SEMINAR ON STRESS
reduction at the Y. Most of what the instructor told us struck me as either obvious (make lists of what you have to do and check off what you’ve accomplished) or embarrassing (a series of breathing exercises that made me think of Lamaze class), but there was one thing he said that made the whole class worthwhile, a trick I still use when I find myself getting overwhelmed: He told us we should visualize a place where we felt completely safe and peaceful. He said it didn’t make any difference if it was someplace we knew well or someplace we’d only dreamed about, but that we should think about it in great detail, notice everything around us, memorize all the sights and the sounds. Then he instructed us to go to this place in our minds. I glanced quickly around the room. Everyone had closed their eyes and gone to their childhood bedroom or a beach in Jamaica or wherever life was simpler. I had no idea where I was supposed to go. I felt embarrassed sitting in my folding chair, as if the people around me would know that I was still in the conference hall while they were all walking down a white sand beach with the sun glinting off their hair. I ran over a quick mental list: the house on Lake Placid we rented one summer; my own back porch; Paris, where I’ve never been but would like to someday go.
None of them seemed right, they all seemed to be asking too little or too much. But when I finally closed my eyes and tried, what I wanted came to me with complete clarity. The place that I went, the place that I still go, was the warm, hollowed-out center of a Bundt cake. It is usually gingerbread, though sometimes that changes. Sometimes it’s gingerbread crowned in a ring of poached pears. The walls that surround me are high and soft, but as they go up they curve back, open up to the light, so I feel protected by the cake but never trapped by it. There are a few loose crumbs around my feet, clinging to my hair, and the smell! The ginger and butter, the lingering subtlety of vanilla … I press my cheek against the cake, which is soft as eiderdown and still warm. This isn’t a fantasy about food exactly, at least not insofar as I want to eat my way through a cake that’s taller than I am. It’s about being inside of cake, being part of something that I find to be profoundly comforting. The instructor told us to take another deep breath, and all around me I heard the smooth shush of air going in, waiting, coming out. I thought I might never open my eyes.

Cakes have gotten a bad rap. People equate virtue with turning down dessert. There is always one person at the table who holds up her hand when I serve the cake. No, really, I couldn’t, she says, and then gives her flat stomach a conspiratorial little pat. Everyone who is pressing a fork into that first tender layer looks at the person who declined the plate, and they all think, That person is better than I am. That person has discipline. But that isn’t a person with discipline, that is a person who has completely lost touch with joy. A slice of cake never made anybody fat. You don’t eat the whole cake. You don’t eat a cake every day of your life. You take the cake when it is offered because the cake is delicious. You have a slice of cake and what it reminds you of is someplace that’s safe,
uncomplicated, without stress. A cake is a party, a birthday, a wedding. A cake is what’s served on the happiest days of your life.

This is a story of how my life was saved by cake, so, of course, if sides are to be taken, I will always take the side of cake.

It’s a laugh to think that I was feeling stressed when I signed up for that workshop. What was I feeling stressed about eight years ago? My son, Wyatt, was twelve then, still a full year away from the gawky roller-coaster ride of his teenage years. He asked for help on his homework and introduced me to his friends when they came over to go sledding. Camille was a little girl who still crawled into my lap some nights after dinner and let me brush her hair. I called her Kitten. Camille is sixteen now and about as much a kitten as a lioness eating a half-living zebra on a scorching African veldt. Eight years ago, my mother still lived by herself in Michigan and only came to visit twice a year and sometimes not even that. My husband, Sam, was the hardest-working hospital administrator anyone could have imagined, if one was given to imagining such things. I remember it now and hang my head in disbelief. I want to go back to that person I was, take her by the shoulders and shake her. “Look again!” I want to say to myself. “You are standing in the middle of paradise.”

I arrived home in the rain, my arms filled with groceries. I tried to bring them all in at once, which wasn’t exactly possible, but the rain was beating down with such a biblical fury that I thought it would be smarter to make one incredibly challenging trip than three manageable trips. The paper bags, a foolish choice, were melting between my fingers. My keys were so far down in the bottom of my purse (looped over the left wrist) that they might as well
have been in Liberia for all the chance I had of getting to them. Not that I was even sure the door was locked. It might have been unlocked. I couldn’t turn the doorknob unless I did it with my teeth. It was very clear that I had shown some poor judgment. I kicked at the door.

Through the window I could see my daughter sitting at the kitchen table reading a magazine. At the second kick she raised her eyes heavily, as if she were in fact not reading at all but had been hypnotized by the magazine. There was a hard wall of rain between us and yet I could still make out the supreme disinterest in her gaze. It was a look I knew intimately. I kicked again. She tilted her head, not entirely sure why I was interrupting her: Clearly, there was the door, I was capable of opening a door; I had keys if the door was, in fact, locked; I could see her weighing all this out in her mind. I felt a critical shift in the balance of the groceries and kicked again, just to speed things along. She sighed, a sound so reverberant with weariness that it made its way across the room and past the door and through the rain to reach me. She lifted her slender frame, a willow, a willow leaf, shuffled to the door, and opened it. When that task had been completed she returned wordlessly to the table and resumed her reading. I pulled myself inside and gasped at the air. One bag, the fifth bag, sensing we had reached the threshold of safety, decided it could no longer bear the burden of its responsibility and split apart, sending tangerines and three packages of frozen spinach and a roll of paper towels and (the kicker) a large plastic bottle of cran-apple juice bouncing over the floor. Not the eggs, not the paper carton of milk, I did not lose sight of the ways in which I was fortunate. I sank to my knees and put the other bags down before they could follow suit. I was profoundly wet. I could not imagine that dolphins ever got this wet.

“It wasn’t locked,” Camille said, but she didn’t look up.

I got up off the floor and started to pick up what needed to be picked up. There was a great lake forming beneath me.

Watchers of the Dark by Biggle Jr., Lloyd
Hotel Transylvania by Yarbro, Chelsea Quinn
Operation: Normal by Linda V. Palmer
The Scandal and Carter O'Neill by Molly O’Keefe
The Frozen Heart by Almudena Grandes
Sunrise with Sea Monster by Neil Jordan
The Nail and the Oracle by Theodore Sturgeon
My Rock #7 (The Rock Star Romance Series - Book #7) by Taylor, Alycia
The Longest Night: A Drake Chronicles Novella by Alyxandra Harvey
Straight Laced by Jessica Gunhammer