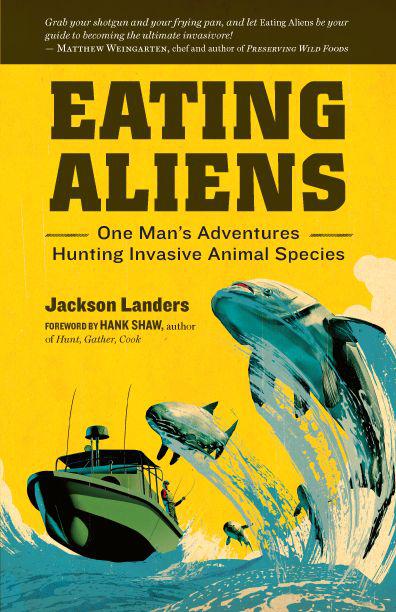 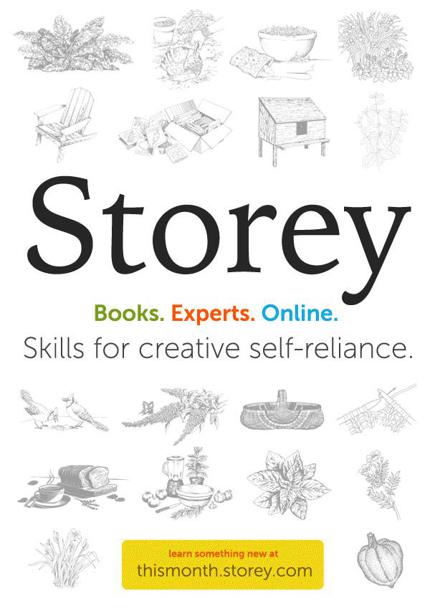 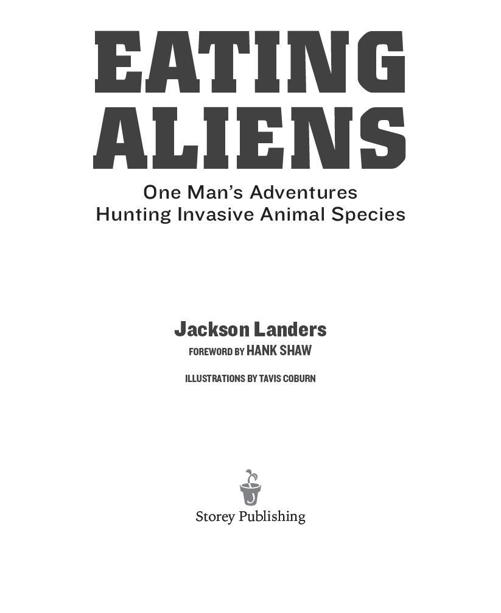 “Nature is all very well in her place, but she must not be allowed to make things untidy.”

From Aoudad to Zebra in the Texas Hill Country

Afterword: The Ones That Got Away

We humans are designed to eat a little of a lot, not a lot of a little. For as long as we’ve been human — which is far longer than we have been herders or tillers of the soil — a diverse diet has been our best ally against the slings and arrows of disease, famine, and hardship. It is our ability to fully enjoy nature’s buffet that has made us so strong as a species.

So why do we now choose to limit ourselves to a handful of foods? The reasons are many, but most center on our almost complete divorce from the natural world, which surrounds us whether we can perceive it or not. In the service of those few foods we’ve built our modern diet on — corn, wheat, beef, rice — we have carpeted our nation with non-native species; only corn has its origin in this hemisphere. And when those immigrants run wild over the landscape, they become destroyers and usurpers of our meadows, rivers, and forests.

They are a plague on an already stressed ecosystem. Wild fennel, so highly prized in Italy, is a scourge of the countryside where I live in Northern California. The dandelions in your yard are the same; they too hail from Europe. Wild hogs till our hillsides, mangling native grasses and wildflowers. Once-migratory Canada geese foul our parks and ponds. Strange fish empty our reefs and rivers of its former denizens, leaving a watery wasteland in their wake.

But these exotic invaders are all prized foods somewhere else. Carp in China and Germany. Iguanas in Mexico. Tilapia in Africa.

It is this last fish that gives hope to the notion that we can eat our way out of this mess, or at least consume to contain it. Tilapia is among the most popular fish eaten in the United States; it is one of the few “new” foods mainstream America has embraced in the past decades. Yet few know it has become an invader in our subtropical states.

We were not always so narrow-minded in our food choices, and not every place in the United States is so limited in its menu even today. Alligator, turtle, and frog are commonly eaten in Louisiana. Muskrat can be had at diners on the East Coast’s Delmarva Peninsula. No one blinks at the idea of rattlesnake on a menu in Texas. And smoked eel has been a traditional part of Christmas among the Italian community of New York and New Jersey for more than a century.

It is not such a leap then, to consider eating something new. Is a Caribbean lionfish, with its poisonous spines, really any different from the highly sought-after Pacific rock cod, some of which can sport similarly poisonous spines? How different can iguana be from rattlesnake, or alligator? A nutria is just a giant muskrat, and both have meat that isn’t much different from the high-priced hares that appear on fancy French menus.

And those are just the “hard” choices. Some of the invasives in this book are already mainstream fare for America’s hunting community. More than one million waterfowlers take to the nation’s marshes and grain fields each fall and winter in search of Canada geese. A similar number of big game hunters seek to fill their freezers with wild boar each year.

Because commercial hunting of Canada geese has been forbidden by the International Migratory Bird Treaty Act since 1918 — even though the geese discussed in this book no longer migrate — the prospect of finding shrink-wrapped Canada goose at your local Whole Foods is dim at best. But wild hogs are considered a pestilence on the land. There is no reason not to open a commercial market for them, and you can’t get any more free-range than wild.

Cooked properly, all of these invasive animals can be fine fare. But there is another reason to put them on your menu: They are all here because of us. We have irrevocably altered the American landscape, and in the cases cited in this book, those alterations have deeply damaged the health of our waters, our meadows, and even our back yards. We created this mess. It is only fair that we do our bit to help clean it up.

The nature I see around my home in Virginia is not particularly natural. Sure, I can stand in a field, surrounded by plants, without a building in sight. Birds sing and insects buzz through the air. Upon close inspection, though, it becomes clear that most of these creatures don’t actually belong here.

Dandelions, brought to America by European colonists who grew the plant in gardens as a vegetable, sprout everywhere. They’re visited by European honeybees, which are (as their name indicates) also nonnative. Crabgrass, tree of paradise, the Japanese beetle, and the Asian lady beetle are everywhere, and they’re all invaders. In the trees, imported starlings and sparrows congregate in vast flocks, denying nesting cavities to our native bluebirds and purple martins.

Beyond my own backyard, North America is besieged by bigger creatures that were introduced in folly. Across California and much of the South, feral swine root up large areas of ground, transforming the habitat and causing erosion. They eat native salamanders and the eggs of ground-nesting birds. Asian carp, some coming in at more than fifty pounds, eat up to forty percent of their body weight in plant matter every day. Long stretches of the Missouri River are now populated almost exclusively by invasive carp, and the native fish are pushed closer and closer to extinction.

Florida may be past all hope, with the Everglades riddled with some two hundred thousand reticulated pythons eating their way through what was once a delicately balanced ecosystem. In many parts of the state, iguanas up to six feet long devour every plant in sight. With no local predators adapted to eating them, they reproduce unchecked. Nile monitor lizards, often five feet long, hunt along suburban Florida canals, preying on household pets and whatever other small animals venture too close.

Each of these creatures individually is doing what its instinct tells it to do. In their sum, though, they are forcing many native plants and animals to the brink of extinction. In each of these cases, there have been efforts by state and federal wildlife agencies to remove the destructive invaders. Money is spent, good science is done, but government programs have been unable to keep up with the scale of the problem.

It’s easy to shrug and say the problem is so big, the numbers of starlings and carp so great, that humans couldn’t possibly get rid of them all. But consider that human beings have historically succeeded in eliminating animals in such numbers. Recklessly, we’ve driven many formerly plentiful species to extinction or to extirpation from a section of their range. The difference is motivation, not capability.

The passenger pigeon is an example of an animal people have killed and eaten into extinction. In 1800, the passenger pigeon was the most plentiful bird in the Americas and perhaps in the world. There were billions of them in North America alone. One hundred and fourteen years later, there was just one — one pigeon, named Martha, who died in her cage at the Cincinnati Zoo in 1914. What happened?

People happened. In their vast flocks, numbering in the millions, pigeons could be shot in great numbers by market hunters, who sold the meat to grocers. Passenger pigeon became the least expensive meat you could buy; it was the chicken of its day. In the absence of bag limits and meaningful hunting regulations, there was no check on the desire for personal gain that motivated the shooting.

What would have happened if nobody wanted to eat passenger pigeons? Certainly the species was in trouble anyway, because of habitat loss, but if people hadn’t developed a taste for the bird, there might still be large flocks of them today.

Can this human ability to harvest wild food in dangerously efficient ways be harnessed for a good ecological cause? I believe it can. If invasive species such as starlings and Asian carp were rediscovered by Americans as desirable food sources, we would clear our sky and water of them, just as surely as we’ve wiped out so many native plants and animals.

Really, what we choose to eat is often a matter of perspective and tradition rather than an informed judgment based on what something tastes like. Most of these problem species have either previously been considered to be good eating by humans or still are by people in other parts of the world. Asian carp is a beloved food in China. The Spanish make starlings into a prized pâté. Iguanas have been eaten as a staple protein in most of their native range — from Mexico to Brazil — for thousands of years.

Fortunately, there is a precedent for Americans doing a complete about-face on the suitability of odd-looking creatures for food. During colonial times, lobsters were considered edible only by the most desperate segments of the population. Household servants would include provisions in their contracts stating that they could not be fed lobster more than four times a week. Today, lobster sells for around ten dollars a pound at the grocery store — more than most cuts of beef. What transformed lobster from peasant food into a delicacy was simply a change in perspective.

In North America, with hundreds of species of native plants, birds, insects, and animals threatened by alien species, it’s time we started changing our perspective. By hunting and eating invasive animals, we can help restore habitat for native species, as well as reduce our dependence on factory-farmed meat and eat more locally, thus decreasing the costs associated with transportation (odds are, there are edible invasives to be found close to your own home). If you’re going to eat meat, you might as well do it in a way that’s ecologically helpful. In some cases, I’ve found that invasive species could be harvested on a commercial scale and sold. In other cases, only a grassroots effort by dedicated locavores will be practical.

The Unexpected Miss Bennet by Patrice Sarath
The Conch Shell of Doom by Ryan Hill
Lark by Tracey Porter
Power & Majesty by Tansy Rayner Roberts
Bear With Me by Vanessa Devereaux
Southern California Cooking from the Cottage by Jane Stern
Rogue Angel 49: The Devil's Chord by Alex Archer
Because You'll Never Meet Me by Leah Thomas
Dirt Bomb by Fleur Beale
Ever Night by Gena Showalter