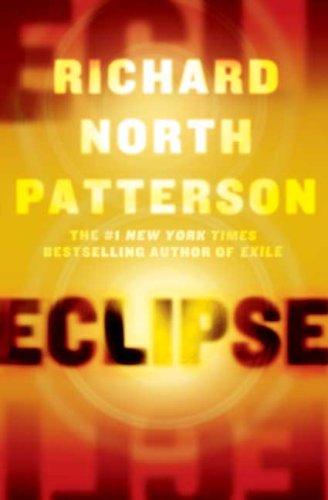 Eyes of a Child

® are registered trademarks of Henry Holt and Company, LLC.

I
N A
W
EST AFRICAN VILLAGE
, M
ARISSA
B
RAND
O
KARI WATCHED HER
husband prepare to risk his life for the act of speaking out.

It was night. Hundreds of villagers, old and young, gathered in the center of town, their faces illuminated less by moonlight than by the huge orange flame that spewed out of the vertical stem thrusting from an oil pipeline. Torchlike, the stem backlit the line of palms behind the village, its thick residue of smoke blackening the air, its roar a constant ominous presence. Every day in the life of any villager under thirty, this terrible eruption—the flaring of gas from the oil extracted by PetroGlobal Luan-dia from beneath the deep-red clay—had never ceased, its searing, poisonous heat denuding trees, killing birds and animals, and turning the rainfall to acid, which corroded the roofs that sheltered the people’s thatched homes.

The “devil’s light,” Bobby Okari called it. Now his people, the Asari, bore him on their shoulders to a rough-hewn platform at the center of the village, past the open-air school, its four poles holding up a canopy of wood and palm leaves; the white wooden Pentecostal church, where boisterous celebrants sang and prayed each Sunday morning; the marketplace, now dark for the night, where women peddled an ever-dwindling harvest of fish and fruit, the legacy of oil spills that fouled the oceans, creeks, and farmland.

To Marissa’s anxious eyes, her husband looked elated, as though the festive scene that typified Asari Day, the annual expression of Asari heritage and harmony, carried no undercurrent of fear. The young men
around him, Bobby’s core cadre of followers, held him higher, his burgundy African shirt resplendent, his reading glasses hanging from a gold chain around his neck. On this Asari Day, as ever, the villagers had gathered here at dawn for the singing, drumming, and dancing by groups of girls and women in bright dresses, their celebration pulsing from morning to night. But this Asari Day was different: at Bobby Okari’s urging, in every village in Asariland, people had come together—three hundred thousand Asari in all—to protest the devastation caused by the partnership between PetroGlobal Luandia and the regime of General Savior Karama, which, in Bobby’s pungent phrase, “drills and kills without remorse.”

This village, Goro, was Bobby’s ancestral home. His father, Femi Okari, was its chief; though Bobby’s fame as a novelist, and then as a spokesman for his people, had taken him to many lands, he still kept a home here to maintain his tribal roots. On this day, Bobby and Marissa had driven here from their compound in Port George, and his followers sang or chanted or beat their sheepskin drums to announce his advent. Now, as the young men thrust him atop the platform, the throng pressed forward to hear him—some men in shirts and pants, others, mostly elders, in the traditional round cap and long robes; the women adorned in head scarves, earrings, and beads set off against bright blouses, the young women’s dresses single-wrapped in contrast to the double wrapping of the matrons. As suitable for a married woman, Marissa, a matron at thirty-six despite her slim body and lineless skin, wore a double wrapping, in contrast to Omo, the fifteen-year-old girl whose hand she held and whose beautiful eyes shone with adoration for Bobby Okari.

Looking into the girl’s face, still so innocent, Marissa tried to quell the sense of danger she had felt ever since Bobby had conceived this, the first mass protest in the history of Asariland. In its place came a fleeting amazement at the choices that had brought her, an American of mixed race, to this life and this man; to this astonishing and deeply accursed country; and to the Asari, a mere half million people among Luandia’s two hundred and fifty ethnic groups and two hundred and fifty million citizens, whose perverse blessing was that beneath their land lay the richest oil reserves in one of the world’s most oil-rich regions, the Luandian Delta. Until Bobby Okari, the Asari had endured the consequences in
silence, robbed of heart and hope. But now Bobby, through his eloquence and relentless work, had summoned a grassroots movement, offering the restless young a vision beyond that of the armed militia groups that hid in the swamps and creeks that made the delta a trackless maze. It was Bobby’s strength—or blindness—that his belief in the movement he had summoned from nothing overcame his fear of an autocracy whose leader, General Karama, caused those who displeased him to die or disappear.

“The Asari,” Marissa answered Omo softly, “are a brave people.”

Bobby held up a hand for silence. As Marissa scanned the crowd, she spotted Bobby’s father, Chief Femi Okari, his face grim beneath his broad fedora, his eyes slits of disapproval and resentment. But he seemed an island to himself, alone amid the collective admiration of his son, the pride of the Asari. As the cries for Bobby receded into a deep silence, her husband stood taller, his slight form radiating an energy that suffused his proud bearing and made him seem larger than he was, less vulnerable than the flawed and troubled man Marissa knew him to be. As he began speaking, even his voice—deep yet lilting—belied any hint of frailty.

“Haah Ama,”
he began in Asari, then translated the phrase into English, Luandia’s colonial tongue: “Community, I greet you.”

Men’s and women’s voices answered with cries of varied timbres. Then Bobby turned, pointing to the giant flame that lit the dark behind him. “
This
,” he called out, “is the bastard child of a rapacious oil company and a corrupt and brutal autocracy. Together, PetroGlobal Luandia and the Karama regime have polluted our streams, killed our fish, denuded our land. Now they are taking all that is left—the oil beneath our feet.”

“Yes,”
a chorus of voices called out.

Bobby’s voice rose above the din. “For years we have suffered. But now, at last, we demand an end to their tyranny. We insist on our rightful share of oil monies for schools, roads, clinics, clean water to drink. The United Nations itself has recognized our oppression. And yet the government and PGL pretend to be deaf and dumb.

“When I sent them the Asari Manifesto five months ago, demanding our rights, they did not answer.” Bobby’s deep voice became slow and somber. “And six weeks ago, when the people of Lana gathered to protest an oil spill, our government sent Colonel Okimbo and his soldiers to kill eighty-two Asari of both sexes and all ages; rape women and girls; amputate the limbs of men and boys; and burn their village to the ground.”

Marissa knew the stories, all too well. So did the villagers: their lowered voices receded into silence, the only sound the deep roar of flaring oil. In the light from the giant orange flame, a shadow crossed Omo’s face, and she gripped Marissa’s hand more tightly. “Tonight,” Bobby said in the same low voice, “we are out in force, three hundred thousand strong, calling for an end to this exploitation in every village in Asariland. Even for General Karama, that is too many villages to raze, too many people to kill.”

Calls of approval rose from the Asari. But Marissa’s voice caught in her throat: in Luandia her husband’s words were sedition, and surely somewhere among his listeners was an agent of the state security services, armed with a tape recorder.

“That is what oil has done to the Asari—the same oil that runs the factories, heats the homes, and fills the gas tanks of the Americans, the Europeans, and our new exploiters, the Chinese.” Bobby stared out at the crowd, moving his gaze from side to side, as though to seal their bond. “In Luandia, oil blackens everything it touches. It fouls the hands of the ruling class that misappropriates its profits. It stains the ambitions of the young, who in their desperation will pick up a gun, sabotage a pipeline, kidnap a foreigner to grab their pitiful share of the riches. It elevates the powerful, and drowns the weak. And it degrades the character of our people, unleashing greed, envy, dishonesty, and corruption. Oil is dirty—as dirty as the slave trade and the craven Luandians who helped the British sell our ancestors.”