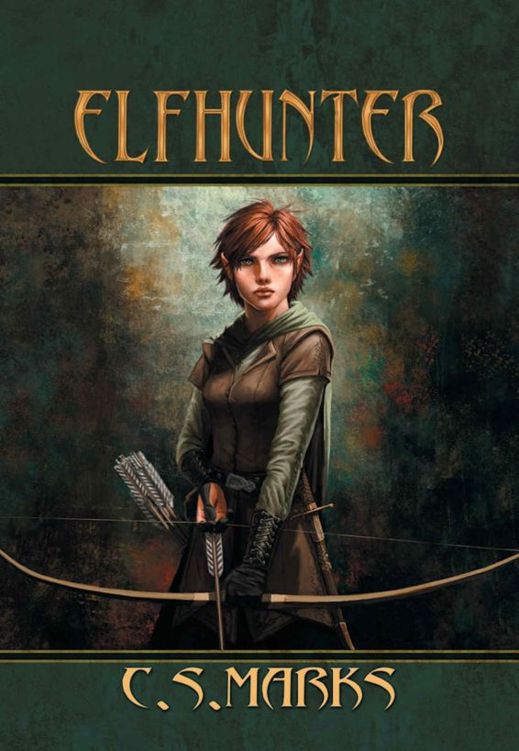 A Tale of Alterra:
The World that Is

Published by Parthian Press at Smashwords

All rights reserved. No part of this book may
be reproduced in any form by any electronic or mechanical means
including photo- copying, recording, or information storage and
retrieval without permission in writing from the author. 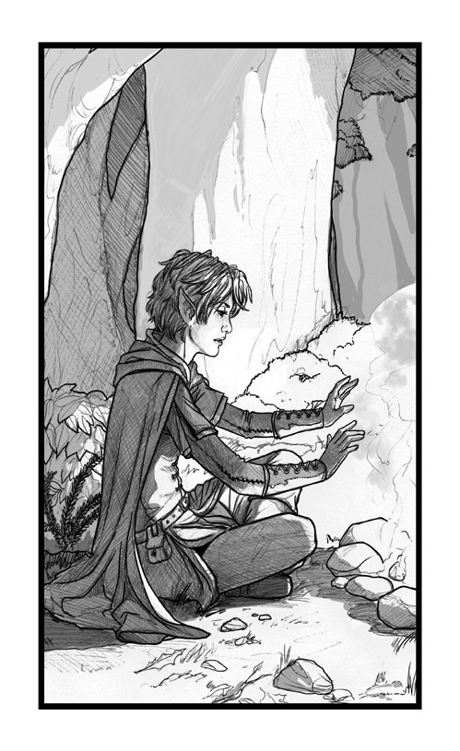 Both encircle their makers in welcome
warmth. Each is a wild hearth—the gathering-place of friends.

One hears only laughter, good-natured
argument, and the reassuring cry of an owl. The other bears witness
to the tearing of breath from body, the loss of hope, and the
triumph of hatred. No owl calls there, but the fire hears the cries
of the innocent. It cannot answer, flaming in silence beneath a
suffocating cloud of shadow.

It marks the return of a monster.

The darkness came early in midwinter, especially in
the Greatwood. Even in the height of summer the forest was not a
bright place. Very little sunlight penetrated the vast canopy,
hence the overall effect of a cool, dark haven shot with green and
gold. In winter more light could pass through the layers of
skeletal branches, but it was a cold light, thin and grey. In the
ever-present mists of winter, a traveler who ventured into the
depths of the forest unprepared might find himself lost, chilled to
death in the long dark. Fire, in this realm, was life.

Gaelen Taldin, a Wood-elf of the Greatwood Realm, was
glad to have been sent out into the deep woods. As with most of her
kind, Gaelen was most content among the trees, and she had
dedicated herself to the guardianship of her forest home. She
paused in her gathering of dead wood for the fire that she would
soon need, appraising the leaden, tree-netted sky to the northwest.
It looked as though it might start snowing at any minute.

She struck a spark to the tinder she had collected,
carefully tending the fragile flame until it was truly kindled, and
wrapped her winter cloak about her. She had lived through well over
a thousand such winters and was not disquieted, for she was
resistant to the elements and the cold bothered her little. Still,
the fire was most welcome.

Just as Gaelen realized that she was truly hungry,
her cousin Nelwyn appeared with two fine game-birds in her hand.
She tossed them to Gaelen, who nodded in approval. Drawing a small,
curved blade from the top of her boot, she split the breasts of the
birds, pulling back the skin and removing it with a few expert
strokes. She hated plucking feathers; they stuck to her fingers and
would cling to her clothing for hours afterward. She tossed the
skin aside with satisfaction and reached inside the birds,
extracting the innards with strong, clever fingers. Tossing the
carcasses to Nelwyn, she cleaned the blood from her hands by
stripping a piece of fragrant bark from a nearby spice-bush. Then
she settled down to watch her cousin at work. Nelwyn rubbed the
meat with the previous summer’s dried herbs, wrapped it in softened
sheets of fire-birch bark sprinkled with sweet oil, and set them
aside. She would roast them when the coals were just right.

In the depths of winter the sunrise would come late,
but Gaelen didn’t mind. The cold darkness was not to be feared, at
least so long as the warmth of the fire continued. Her enemies were
unlikely to be abroad in the cold, especially so deep within the
boundaries of the Elven-realm. Even if they were, she had already
noted the presence of at least one owl in the vicinity. Owls made
excellent sentinels, and as long as these kept calling, she knew
the area was secure. She and Nelwyn sat together in an enormous,
hollow tree-trunk beside the well-concealed fire, quietly singing
songs and telling tales, laughing and making merry until dawn.

The snow that Gaelen had sensed upon the wind finally
came in the early morning, but by that time she was refreshed and
ready to move on, hoping for a warmer day. She and Nelwyn had been
sent by the King to patrol the eastern border of the realm, for
Ri-Aruin appreciated information concerning who or what was abroad
in his lands. Gaelen and Nelwyn were excellent scouts; they could
travel without being seen or heard if they wished, and they had
often warned the King of trespassers. They had permission to deal
with certain of these on their own; Ulcas, in particular, would
fall quickly.

Gaelen had always regarded these misbegotten
creatures with a mixture of loathing and disgust, though she felt a
small amount of pity for them. From a distance they almost looked
human, but a closer look revealed their lumpy, discolored flesh,
muddy, unintelligent eyes, and twisted limbs. Even more disturbing
to the Elves was their utter hairlessness—Ulcas lacked even
eyelashes. Gaelen had seen a bald man before, but he still had
eyelashes, eyebrows, and hair on his exposed arms. She found the
sight of Ulcas—especially unclothed—revolting. They reminded her of
the blind, squirming things that lived under rotting logs.

She packed up her gear and made for the eastern
boundary, the silent snow falling around her. She expected nothing
out of the ordinary in the coming daylight, but would have to put
some miles behind her if she and Nelwyn would reach their intended
encampment by nightfall. Swift and silent, scanning the forest in
all directions as she ran, Gaelen hoped for an interesting
encounter. Her blood was up, and she was in the mood for
adventure—hopefully her impetuous nature and irrepressible
curiosity wouldn’t result in more than she bargained for.
Again.

After the sun had risen, Nelwyn, who was especially
good at climbing, scaled one of the taller trees and surveyed the
sky and the canopy, looking for signs. Gaelen, whose talents ran
more to tracking, listening, and scenting, stayed on the ground.
She put her sensitive nose to work, surprised to find the
unmistakable tang of wood-smoke carried on the breeze from the
southwest.

Nelwyn climbed back down and dropped lightly beside
her cousin. “There’s a fire burning southwest of here,” she
said.

“I know. I smelled it. I suppose we should
investigate.”

Nelwyn sighed. “Is there any more to be gained from
the signs?”

Gaelen looked around her and shrugged. “Nothing that
I can see…not here, anyway. What do you wish to do?”

“We must go and see who burns a wood-fire in the
Greatwood. I don’t believe our folk would be out this way, burning
a campfire at mid-morning.”

Wood-elves certainly didn’t call attention to
themselves in the deep forest by risking a smoky fire in daylight.
At night it would be different, as a properly concealed campfire
would be difficult to see from any distance. Gaelen wondered
whether the fire was accidental—a remnant of the last night’s camp
that someone had failed to extinguish. If so, that someone was
either careless, overconfident, or dead.

As they made their way toward the rising column of
smoke, Nelwyn risked climbing again to see how near they were to
it. Gaelen’s heart sank as she picked up a darker, more sinister
undercurrent beneath the odor of wood-smoke. She shivered, the
hairs on her arms and the back of her neck raised in suppressed
alarm. This was no longer a simple matter of a neglected campfire,
and she knew it.

As if she could sense her cousin’s distress, Nelwyn
returned to her at once. “What is it?”

“I don’t think we need to worry about whoever made
that fire—we’re too late. It’s an old fire, made last night, if I
am not mistaken, and now...” She wrinkled her nose in distaste. “…I
smell burning flesh.”

Nelwyn drew closer to her cousin, shuddering slightly
at the thought. “I suppose it’s a vain hope that you are
mistaken?”

“Definitely flesh burning, and not Ulca-flesh,
either. We’d best go carefully and see if anything can be
done.”

They proceeded to track their way to the source of
the burning. There had been a properly made encampment there the
previous night, much like their own. A fire had been built in
concealment amid a ring of large stones in a fair clearing, where
the occupants could have seen the stars until the clouds rolled in
at midnight. The remains of the fire were still smoldering as
Gaelen and Nelwyn crept in from downwind to behold a terrible
scene.

Two Wood-elves lay dead in the clearing. One had
fallen into the fire with an enormous, ungainly arrow in his chest.
At least he would have perished quickly. The other appeared to have
been hacked at with a dull blade...his blood was everywhere. From
the look of it, he had died while trying to pull his companion out
of the fire. Apparently, they had been caught completely unaware.
Nelwyn, horrified, had started toward them when Gaelen grabbed her
upper arm.

“No! It hasn’t been that long since they were as
alive as we are now. We must make sure that whoever did this is
gone. You take the east, and I will circle west.”

Gaelen surveyed the area, her senses sharpened and
her body tense. Both she and Nelwyn had their bows at the ready;
they would not be taken so easily. As Gaelen circled closer to the
fire, she searched for signs--clues as to what had taken place,
what might be lurking still--but she found none. As they drew near
their fallen comrades, she saw tears of recognition in Nelwyn’s
eyes.