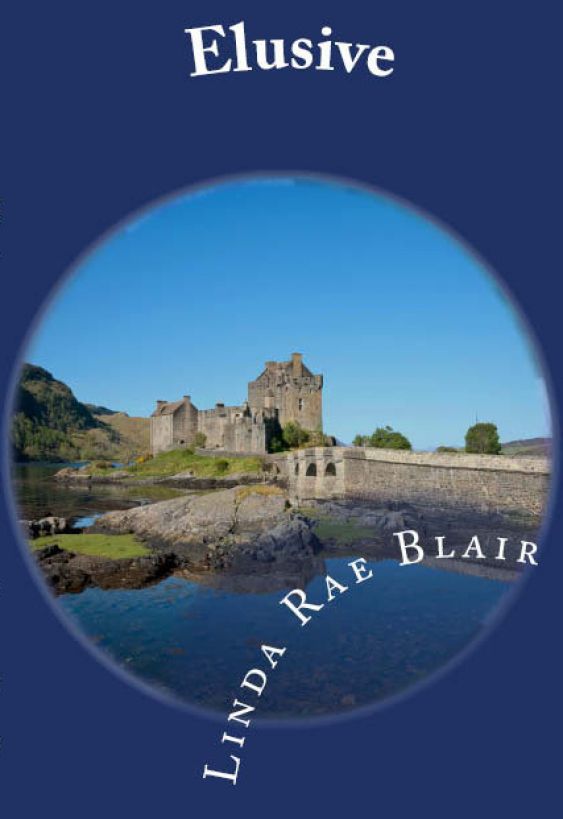 A sweeping yet compact saga that traces one
woman’s life from wealth and affluence to a Chicago brothel, as she
learns to rely on herself in the face of numerous obstacles and
challenges…Blair’s literary writing style is appealing.

She had caught him completely by surprise.
What the hell was she doing here and why now? He walked into the
bedroom and unfastened the tie he had had to suffer with throughout
dinner. Then he drew out the sapphire links at his wrists and
tossed them onto the antique dresser. He was disconcerted that she
crept back into his mind. He raked his long fingers through his
thick black hair in frustration.

Now that the so-called
uncle
was dead,
he had thought she would give up on the scam, or whatever it was
that they had planned. He was glad his contacts had gotten word to
him of the old man’s sudden death so that he could get a close look
at her during the funeral, without having to actually meet her. His
reaction to seeing her had surprised him, but then he did
appreciate beauty. And God knew she was a beauty. But he had
thought it was over and he would never have to deal with her.

Finally able to collapse onto the feather
bed, he closed his eyes and damned if he didn’t dream of her. He
awoke in the morning feeling drained and aching with a reminder of
the dreams.

Richard: It’s in His Blood

The characters, names, and events as well as
all places, incidents, organizations, and dialog in this novel are
either the products of the writer’s imagination or are used
fictitiously.

This book is also available in print on
Amazon or the author’s web site.

All rights reserved. No part of this book may
be reproduced or transmitted in any form or by any means,
electronic or mechanical, including photocopying, recording, or by
any information storage and retrieval system, without permission
from the copyright owner.

Because my mother was orphaned as a very
small child she knew little of her history. I shared that much with
you in Part 1 of
Intersections – Love, Betrayal, Murder
, my
Chicago Trilogy.

My paternal family’s history is deeply
embedded in Scotland, Ireland and England. I was fortunate that my
father’s family came from sturdy and historical stock on both
sides. The history of Scotland and her people is wonderful to
explore, although the Scots didn’t make that exploration easy.

My paternal grandmother was an Alden—yes, as
in John Alden and Priscilla Mullens who came from England on the
Mayflower. Theirs is a story
very
thoroughly documented and,
I’m afraid, somewhat fictionalized. I had a lot of fun growing up
with this background, especially at Thanksgiving. Mother had at
least one conversation with a school principal over my “story
telling” (I believe he called it “lying”) about my lineage at
Thanksgiving. Ah…to get that apology was a victory for an
embarrassed elementary school student!

Through my paternal grandfather we are
descended from sturdy Scots-Irish who emigrated from Scotland to
Ireland, then to America and settled in North Carolina and
Tennessee. Many Scots emigrated from their homeland due to famines,
disease, English persecution and the desire to make a fresh start
where they could practice the religion of their choice. Some went
to Ireland, some to France. I am thankful that Robert Blair brought
his family, including his Irish bride, here to America where my
forefathers fought in the Revolutionary War to keep the freedom
they worked so hard to get.

I hope you enjoy the story of these fine,
strong Scottish folk.

To the strong Scottish women of the past, I
offer my thanks. It has been a pleasure finding out more about
you.

To the immigrant Blairs of the 1700s, thank
you for making me who I am today and for helping our fledgling
nation survive with law and honor.

Once again, my thanks to Jane Vincent and Pat
Borror-Stier who have diligently—with humor and patience—kept my
writing efforts of higher quality. Added to their ranks on this
book was Lori O’Connor who faithfully kept things rolling while
Jane furthered her education. Welcome to the team, Lori! Their
editing is
much
appreciated.

I would also like to acknowledge the wondrous
tool that was not available for research during the era in which
this story took place—the internet—and then there are those
marvelous search engines. Thanks for taking me to Scotland now and
Scotland then—for showing me how the Scots looked, how they lived,
and the social issues of their time—despite the many differing
opinions.

Whether good or bad, family and heritage—our
links from past to present—have a huge impact on our lives. No
matter how much or how little of it is known to us, we must each
decide whether to stay on the same path or take another into the
unknown for the benefit of our future generations.

Scotland suffered through wars, famine,
English rule, bigotry, and religious conflict. They were deemed to
be a crude, uncivilized bunch of ruffians to be held down,
controlled, and certainly incapable of ruling themselves. Thus they
were forced into the Union with the English in 1707.

The final efforts of the Jacobites to
reinstate the Stuarts to the Scottish, Irish, and English thrones
resulted in disaster at the Battle of Calloden in 1746. After
losing the battle, Scots were banned from wearing their tartans
(the plaid patterns from which their clothing was made), and the
clan system was disbanded (physically perhaps, but some things
could not be controlled—such as the Scottish spirit). The link to
one’s clan is still an important part of a Scottish heritage today.
The language—which continues to be changed and disputed today—was
claimed by the English to be an inferior form of the English
language.

During the two-hundred years between 1700 and
1900, Scotland lost more and more of its native population due to
emigration to other countries. Despite the close ties between the
Scots and French, those who escaped to France found their lands and
possessions confiscated. It was just one of the ways France let
them down.

In America, Scottish immigrants once again
had to fight for their freedom from English rule during the
Revolutionary War.

By the end of the nineteenth century, Scots
were almost an endangered species in their own
country—approximately only one in nine actually being Scots.

Researching for this book I found that the
Scots did not have a strong written history until the twentieth
century. The women of old Scotland played an important role in
preserving what history we do have. But if you do any research on
your own, you’ll find that one expert will say this—another will
say something different—a third will offer even another opinion.
Even when it comes to language and clothing, there is a wide
variety of opinions out there.

Women, it seems, had little value other than
honoring and serving the males, and assuring that they themselves
remained unseen and unheard otherwise. If they veiled their faces
during one era, they must be harlots; in another era, God-fearing
women were forced to stop wearing them over their heads in church
because they were caught sleeping behind them during church
services. Women just could
not
win! Their key role was
having a happy husband. Scots would never have acknowledged such
common terms as “mother country” since this would not apply to
their male-dominated society.

I found it strange that a woman could
rule
Scotland (Mary, Queen of Scots) but, in most cases,
were not permitted to learn to read, lest they obtain opinions from
other sources than their own husbands. If a woman spent much time
in Europe, she might have returned to Scotland with the ability to
read and write and share that knowledge with her children but,
without that advantage, she was unlikely to understand the written
word.

Without written history for many centuries,
women were, however, key in passing on the history of their clans
and their nation through their songs, and only much later in their
poetry and writing. It wasn’t until World War I that they pulled
themselves out of many of the old stereotypes.

Any errors in the 1700s Scot
Inglish
and Scots languages used in this novel are mine and mine alone. It
was fun trying, even if it isn’t perfect. Then again, since the
experts can’t even agree, maybe I didn’t do so badly after all!

Any variance from history found herein is
given in the true spirit of artistic license, and frankly, not
knowing which experts to trust with what information! I am just
thankful I write
fiction.

In creating this story, I have used many
words and phrases from the languages in which the characters would
have spoken. To assist you in enjoying this story, I have provided
the
French & Scottish Terminology & Pronunciation
Guide
up front for easy reference. My suggestion is that you
read it briefly before reading the story.

Alban Arthuan
The Light of Arthur,
also called Yule, was a Celtic feast celebrated on the longest
night of the year, December 21
st
.

C
laymore
(KLEI more)
Scottish Gaelic
;
claidheamh mòr
, "great
sword,” a two-handed sword with a
cross
hilt
whose
guards
are usually turned down, was used by the
Highlanders
of Scotland. C
laidheamh da
laimh,
“two-handed sword”; a heavier, basket-
hilted
broadsword
adopted in the 16th Century, which is
still worn as the
full-dress
sword in the
Highland regiments
of the
British Army
.

Earasaid
(ehr uh suhch),
also
arisaid
; female version of the Great Kilt; a belted cloak worn
in a variety of ways from a head-to-toe cloak with the extra cloth
used as a hood; to a skirt with the extra cloth pinned or belted in
such a way as to allow freedom of the arms; never made of clan
tartan, sometimes white with lines of varying colors. As women did
not wear
kilts
, the earasaid was worn over a dress or
chemise of plain cloth.

Great Kilt
the historic long kilt worn
by men from the 1600s until the mid-1700s when the short kilt we
now think of came into fashion. The cloth was sized approximately
60” wide; hand pleated before each wearing. Belted, it could form a
longer
skirt
with the extra cloth able to be used as a hood
or, in warm weather, bustled up behind the wearer. Some experts say
it would never have been of tartan plaid; others disagree.

Je me fiche
pas mal de l’argent!
(ja me feesh pa mal dee LARJ an)
French; I don’t give a damn about the money!”

Chilled by Death by Dale Mayer
The Taliban Cricket Club by Timeri N. Murari
To Love a Wilde by Kimberly Kaye Terry
Puppet by Pauline C. Harris
The Jealous Kind by James Lee Burke
The Duration by Dave Fromm
The Cheating Curve by Paula T Renfroe
The Mentor by Sebastian Stuart
Branded (Siren Publishing LoveXtreme Special Edition) by Lexie Davis
Everything to Gain and a Secret Affair by Barbara Taylor Bradford