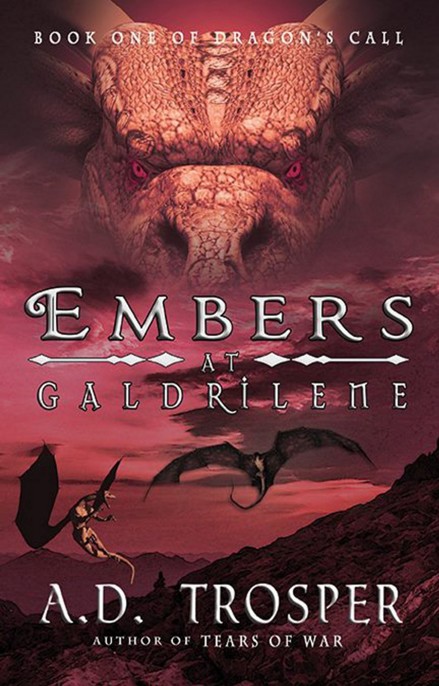 “...a great and entertaining read.

A must if you are a dragon lover..”

The characters are well-defined and drive the story...”

... Ms. Trosper has opened up the possibility of

community, and I look forward to the next installment.

...the words on the page almost come

alive in her telling of her tale.

map design and editing by

For Wayne, the love of my life. Always and forever.

My thanks to my wonderful husband.

Without your encouragement,
Embers
would

never have come to be. For putting up with me

through writing and edits, insanity and

lack of dinners. You are the best.

To my children, you are the light of life,

thank you for being you, and putting up

with me when I’m writing.

To my mother, for your support, for reading every

single draft, for being my sounding board,

and for hounding me for new chapters.

To my father, for reading it cover to cover

even though it’s not a genre you like and

giving me an honest and constructive critique.

I’m beyond fortunate to have such a

supportive and wonderful family around me.

Thank you, Shanna and Michael,

for your support and encouragement at the

beginning of my writing journey and for

giving me some character and place names.

Thank you, Clare, for all of the wonderful

help getting this published in the beginning.

Thank you to my wonderful critters

at Critique Circle, you helped me grow

as a writer, showed me where things

didn’t quite make sense, and taught me

how to bring more depth to the story and

characters. Your suggestions were invaluable.

And last, but certainly not least, a huge thank you

to Blue Harvest Creative, for taking this book and

forming it into the polished and beautiful book

that it was always meant to be. Thank you for

all of the endless hours and late

nights you put into
Embers
. 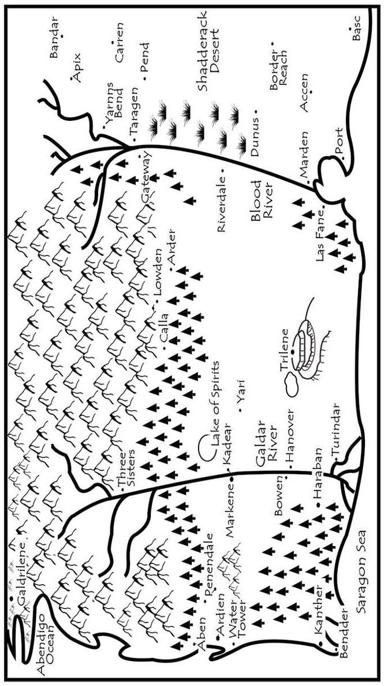 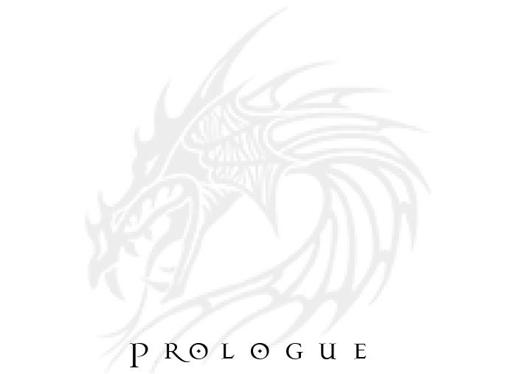 T
he light of a single candle flickered across Emallya’s features. Unconscious, she alternated between raging fevers and sweat soaked shivers. The Healing mages could do nothing, not for this. Bardeck sat and dipped a cloth in a basin of cool water. Gently, he wiped away the perspiration beading on her brow. For two days, since they found her broken body lying next to her dragon on the battlefield, he had watched her fight for survival.

The memory of Rylin, her beautiful silver scales blackened by shadow fire and covered in blood, brought a lump to his throat. Rylin was dead. Bardeck watched tears leak from the corners of Emallya’s closed eyes. He longed to see those violet eyes open, yet it terrified him. He dreaded the shattered look he would see in them. He knew the tearing pain the loss of her dragon would cause.

By the Fates, he had seen enough riders go through Separation during the course of this war. Most didn’t survive the pain of being unbound, and the utter desolation, when their dragon was ripped from them. Even in Emallya’s unconscious state, pain pulsed in her. He felt it in himself, through her and through his own dragon, who grieved the loss of his mate.

He tensed as she stirred restlessly. He already pulled as much of the pain from her as he could. He felt Mernoth ready to block him from pulling enough to harm himself. As much as he wanted to spare Emallya, he understood. Separation was even harder on a dragon.

Would he lose her, as so many others had been lost? Bardeck knew only too well the pain of losing a bondmate. Ilyana, and her dragon, had been dead almost a year. He and Emallya still felt the ache of her loss. Now Rylin was dead and Emallya teetered on the threshold. His heart clenched. How much more could he and Mernoth take?

She bolted upright in the bed, her eyes wide and glazed. Leaping from his seat, he grasped her hand. She sucked in a ragged breath, her voice sounded harsh and otherworldly when the words began to flow from her mouth. “The last shall be fought and both sides will lose. Blood and fire will mark the ruins. A ray of light, a stain of shadow, will endure to breathe life and death into the future. The fire will perish, yet embers shall return to answer the call.” Her eyes were filled with the horror of her vision as she stared off into another time and place. Her breath left in a rush and she collapsed in a heap.

Pain was hers. It writhed through her body and flowed in her blood. Slowly, Emallya climbed out of the dark fog shrouding her mind. The liquid fire in her veins made her thoughts confused and hazy. She knew. Knew to the depths of her being that her dragon was dead. Her Rylin. Gone. Forever. How would she live without her?

The closer she got to the surface, the more intense the pain became. She wanted to retreat back into the darkness, but the life still pulsing in her veins wouldn’t let her. She shivered violently in reaction to the first wave of Separation. She lay helpless as the pain convulsed her body.

Time passed, how much she didn’t know and didn’t care. Minutes, hours, days...the eternity it felt like? Her muscles still quivered in the aftermath. There would be more, she had seen it enough times and tried to help those who went through it. Now she knew why they eventually chose to give in to it and follow their dragons.

She opened her eyes. Darkness greeted her.
Good, maybe I am dead. No, surely there is not this much pain in death. Where am I? Where is Bardeck?
She started to reach for him and stopped at the sharp pain that stabbed at her head. Cool hands touched her forehead and face.

A dim light sprang to life, revealing the haggard face of a woman. Emallya struggled to remember her. Mari. The woman’s name was Mari and she was a mage from the Tower of Light. Why was a gold here? Why not a yellow or Bardeck? Slowly, her mind focused. She took in Mari’s disheveled hair, red rimmed eyes and the fresh tear streaks in the grime on her face.

Emallya pushed herself into a sitting position. “Mari,” her voice was nothing more than a whisper in her dry throat. “What happened to you? Where is Bardeck?”

Mari didn’t answer. Instead, she poured water into a cup and offered it to Emallya. She accepted it gratefully and took a long drink, the cool water sliding down her parched throat. When the cup was empty, Emallya looked at the other woman again. Beyond the dirt and mess of hair, Mari’s gold robes were torn and singed as if she had been in the path of a young Fire mage.

Emallya leaned forward. In the dim light, Mari’s eyes were haunted. “Mari, tell me what happened.”

Mari stared back without speaking. Emallya felt pain and confusion rolling off the other woman. She reached for Mari’s mind, intending to find out for herself what happened, but the magic weave shattered on a thousand shards of pain. She should have known better than to try and touch her power this close to Separation. Gritting her teeth she bore through it, her body and soul reminded of the loss by the touch of power. The second wave rolled over her.