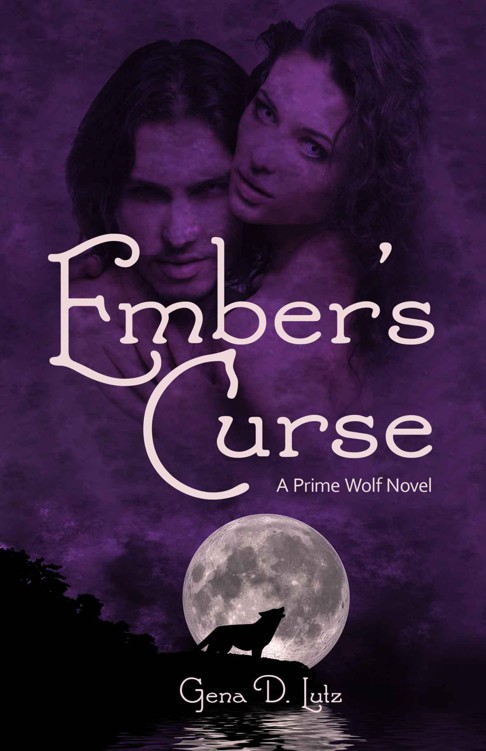 This eBook is licensed for your personal enjoyment only. This eBook may not be re-sold or given away to other people. If you would like to share this eBook with another person, please purchase an additional copy for each recipient. All characters appearing in these stories are fictitious. Any resemblance to real persons, living or dead, is purely coincidental. Names and incidents are products of the author’s imagination and any resemblance to actual events, locales, organizations or persons is entirely coincidence.

No part of this eBook may be reproduced or transmitted in any form or by any means, electronic or mechanical, including photocopying, recording, or by any information storage and retrieval system, without expressed written permission from the author.

I dedicate this book to the love of my life, Joseph. Thank you for teaching me that love is real and can do magical things…

I would like to thank Rachel Sockwell and Heather Rice for their advice, patience, and encouragement in this endeavor. They stuck by me even when I was high maintenance and annoying. I hope they’re strapped in and ready for the next book.

Big thanks to my CBG. I heart you girls very much.

I can’t forget to thank every one of my friends and family who have been so supportive…you know who you are.

Deborah Sletten, of Tugboat Design, has been very understanding and patient with me during this entire process that included the design of the cover and formatting of the manuscript. I highly recommend her company.

Tanya Keetch (The Word Maid) edited and proofread the book and provided helpful feedback on the story. She has a great eye for finding all kinds of mistakes. I highly recommend her services as well.

I was standing behind the bar of one of the city’s busiest nightclubs. Our building sat high on top of a beautiful rolling hill with a complimenting view that over looked the Pacific Ocean. I glanced through the glass doors, which opened automatically, to a spacious ocean side terrace. There were no guests occupying the dozen or so tables that were placed along the wood railing. Nobody wanted to risk the rain that was beating softly against the window and systematically filling the room with my favorite scent of ozone and spring floral. I loved the constant Oregon rains; they soothed me. Every table inside was packed full of people. It was open mic night and next up, for our viewing pleasure, was Astoria's own, Robby Stanton. He was a self-proclaimed comedian extraordinaire and he also happened to be a five hundred year old vampire.

"How's everyone doing tonight?" was his standard opening line. He chuckled after its delivery making his overly large stomach shake. Too bad he didn't have the foresight to drop thirty pounds and invest in a weight set before being stuck in the same body for all of eternity. But who knows what body type was in fashion half a millennia ago. He pulled his pants up by the belt and wiped the sweat from his shiny, bald head. "Before we start, let's give the staff here at Haven a big round of applause!"

Everyone clapped and smiled for us. I looked up at them and smiled back.

"You're bleeding, Ember," Nathan whispered over the dying applause.

"What?" I asked scanning my body. Sure enough, I had sliced my finger wide open.

Robby's head whipped around, and with the eyes of a predator, looked at me and then at my cut with hunger.
That’s what I get for not paying attention to my work,
I thought. I wiped the contaminated limes into the trash and went to the sink to wash up. By the time the blood was rinsed away, my wound had healed. It was times like these that made it great to have an immortal’s healing ability. I glanced around me, making sure my little accident wasn't noticed. We only had a couple humans here tonight, but still, I was thankful that Robby's act was funny enough to keep everyone's attention focused mainly on him.

I pulled my long black hair out of my face and twisted it up into a tight bun. Nathan walked towards me carrying a couple buckets of ice from the back room. The women at the bar, young and old, watched his every movement. He had a rather large fan club.

We made quite a contrast behind the bar together with me being an average 5'5 tall to his 6'2. He had short, dark hair with wispy curls that liked to flirt with the collar of his shirt. But what the ladies seemed to always swoon over were his oval shaped, chestnut eyes.

Yup, I was a witness to many a woman falling victim to his mesmerizing gaze. I seemed to be immune to his charms...actually, I was immune to everyone's charms. There was a reason for that though. Until I found my heartmate, I would never feel love, lust or simple attraction to anyone. Now, don't get me wrong I'm not virginal or anything. There isn't a magical chastity belt wrapped around me assuring that I be kept as pure as the driven snow. I have definitely had my share of lovers over the decades. I'm just lucky enough not to have that pesky urge of wanting a commitment. I was able to "love ‘em and leave ‘em", and that was just fine by me.

I could feel the atmosphere in the room change. A strong sense of tension became palpable in the air around me. The hair on my arms stood on end and my wolf began to stretch out and become more aware of her surroundings, a sure sign that trouble wasn't far away. Nathan must have felt it too because he dropped the bucket he was carrying and cast a glance around the club.

"The lady over by the pool tables is not looking so good. Maybe it's time to call her a cab," Nathan remarked.

"Do you want to take this one or should I?" Nathan asked me as he finished cutting the limes that I had abandoned.

"I’ll handle it." I did a quick scan of the bar and everyone seemed to be content. “Cover for me. This shouldn't take very long," I said with a wink.

I hopped over the bar just in time to watch the door to the back room swing shut. I hurried between the tables that were filled with laughing vampires and werewolves. Not even one of them paid any attention to me. I thought it a little odd considering most of their drinks were empty and vampires usually kept their glasses full of blood. We stored a generous amount stock piled in the back just for them. We mixed it with tomato juice, and sometimes the bottles of liquor themselves, to hide it from our human customers.

Before I could take more than a few steps towards the poolroom, I was stopped in my tracks by a voice that seemed to carry over the wind. "Ember." I turned my head and saw Robby staring straight at me. His mouth moved with purpose, delivering jokes to please the crowd, but his eyes held fast on mine. I couldn't look away, my shoes felt like they were filled with cement, making it impossible to move. He was using the power of influence on me. Only a few vampires in the world were gifted with that ability, me being one of them, but to a lesser degree. It explained why he could so effortlessly hold the interests of the crowd when he performed. It also explained why the vampires weren't yelling at me for refills. I should have known...Robby wasn't
that
funny.

I pushed back at him with my own power; a power that took him by surprise, making his words stumble out. He laughed the mistake off like the seasoned professional he was and doubled his efforts to roll my mind.

What he didn't know, what few people actually knew, was that I wasn't only a wolf. Thanks to a curse that plagued my family for the last two centuries, I was part vampire as well. Rob the Vampire’s lip twitched slightly in annoyance and he shot one final push through me. This time it took hold, rolling my mind over like a stray ball dancing its way down a steep hill. The room disappeared and I found myself lounging on a deserted beach. My actual body would be left standing where I'd left it, stuck on autopilot. It would follow through with any lingering commands left unfinished in my brain and then subsequently follow, by stored memory, all normal functions after that.

The jeans and T-shirt I had been wearing were gone; instead I wore an itty bitty red bikini. My breast spilled out over the elastic material that barely covered my nipples, and for fuck’s sake, a thin string ran straight up my ass.

My hair was no longer pulled up in a bun. It now flowed freely down my back, tickling my waist. Sitting up, I wrapped my fingers around a rather large diamond necklace that adorned my neck, and with a firm tug, I broke the strand and tossed it to the ground. I couldn't stand anything around my neck. This she-wolf wasn't meant to be leashed, even by something as non-threatening as a necklace.