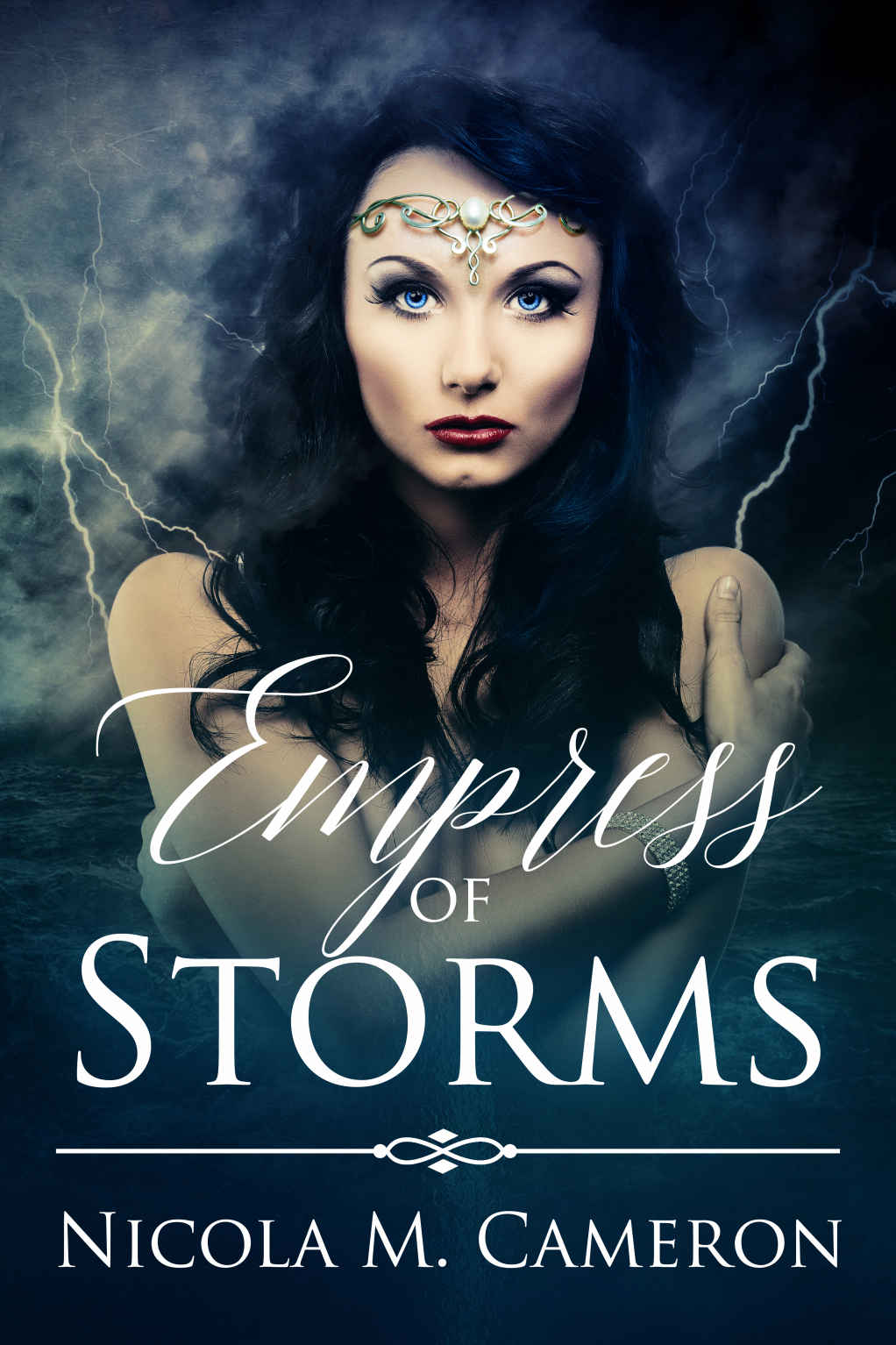 For Lila Moon, who drew with me and gave me Luna.

This book was not written in a vacuum. I wouldn’t have started it if A Certain Author hadn’t thrown out the following: “I’d like to challenge each and every one of these wonderful women to a writing contest. How about an 80K (that’s 80,000 words people, not dollars!) novel. It needs to be fully edited, proofed and a professional cover designed for it. Oh, and they have only 6 months to do all this. Ok, go.”

I did it in six weeks. Booyah.

And finally, a huge thank you goes out to Florence + the Machine, whose album
How Big, How Blue, How Beautiful
formed the soundtrack for this book.

The plume of dust grew out of the east, tracing a trail across the plains that surrounded the city of Mons like a golden sea. Anyone familiar with the geography of Ypres knew that the plume followed the trade route known as the Kasterlee Road, heading straight towards the capital city and the palace that lay at its center.

Matthias IV, King of Ypres stood on the palace’s parapet and watched the plume with narrowed eyes.
There she is.
By his estimate the bridal cortege would be in the city in a few hours, if not before nightfall.

After that, there would be no more delays. All the preparations had been made, food and drink distributed throughout the city, the Cathedral of Rebben readied for the ceremony. In the morning Queen Danaë of Hellas would don her bridal gown and be escorted to the cathedral where Matthias would be waiting for her. There, a priest would bind their lives together in holy matrimony.

If you could call it holy matrimony.
As far as he was concerned, it was a necessary evil to uphold his honor and fulfill the terms of the treaty with Hellas. There was nothing holy about it.
Hanne, I’m so sorry.

The other man on the parapet stirred, letting out a long sigh. “If I may be so bold, sire, you don’t seem all that pleased with the approach of your bride.”

Matthias closed his eyes against the headache he felt coming on. Ferdal Bardahlson was a superb leader of men, but his understanding of women began and ended at the brothel door. “Why should I be pleased?” he asked. “There’s twenty years between us. She’s young enough to be my daughter—gods, man, she was supposed to be my daughter-in-law. Instead, I have to make her my wife. Is it any surprise I’m not leaping for joy?”

The commander of the Ypresian army shrugged. “There are those who would consider that to be a happiness, sire,” he rumbled. “Winter will be here in a few months, and a young wife to warm your bed is no bad thing.” He paused. “And with luck there will be an heir by next year.”

Matthias stiffened. “I already have an heir.”

“Yes, sire. But there is still no word of Prince Lukas. You must assume—”

“What?” His eyes snapped open and he glared at Bardahlson. “Pray tell me, lord commander, what must I
assume
?”

Bardahlson stood his ground. “That Prince Lukas does not wish to come back. Or cannot come back. In which case you must have a new heir for Ypres.” His walrus-like mustache twitched. “And forgive me, sire, but you aren’t growing any younger. You must look to the future of your country, for the good of your people.”

“I have,” Matthias said, voice flat as he nodded at the far plains. “And there it is. Why isn’t that enough for you?”

“Perhaps, Lord Bardahlson, you should see to the preparations at the city gates,” a baritone voice said.

Bardahlson gave a flat look to the fat priest who had appeared behind them, but grunted agreement and left.

“He’s trying to help, you know,” the priest added.

“I’m aware of that. And you needn’t start in on your own reassurances, thank you very much,” Matthias said sourly. “I’m marrying her, aren’t I? That should be enough for you.”

Bushy eyebrows went up at that. “Am I that annoying?”

“Yes. The single reason I agreed to this damned union in the first place was to stop your nagging.”

As a member of the King’s Council, Patriarch Jonas Reniel had been one of the driving forces between the decades-old trade treaty between Ypres and the island kingdom of Hellas. A canny politician as well as head of the Ypresian Church, it was Reniel who had taken charge of the situation when a letter arrived from Hellas six months ago requesting that Ypres fulfill the final term of the treaty and deliver a royal husband for Queen Danaë.

Everyone, including Matthias, had always assumed that his son and heir Lukas would fill that role. But Lukas had disappeared three years ago after the tragic death of his mother Hanne. Rumors had swirled around his disappearance, everything from Lukas going mad from grief to a tremendous argument with his father over his inheritance that sent him boiling out of Mons. No one knew the truth of the matter, not even Matthias. And despite the best efforts of Reniel’s spies, no one had been able to find a trace of the Crown Prince of Ypres.

Which left one royal male available for a wedding—Matthias himself. And so he would marry the woman meant to be his daughter-in-law, despite the aching grief he still felt for his lost Hanne.

Oblivious to all this, Reniel shook his head. “Your union isn’t damned, believe me. I performed all the sanctifying rituals myself. There won’t be a god or goddess who frowns on you and young Danaë tomorrow.”

Matthias leaned on the stone balustrade, staring out at the fields of tall grass bending in the wind. “The gods will bless us,” he muttered. “Then why do I feel so cursed?”

“Because you enjoy torturing yourself, I suppose,” the priest said with a sigh. He leaned next to Matthias, thick arms resting on the honey-colored stone. “I had hoped that you would be more amenable to the idea by now. It’s not as if you’re marrying a foul-tempered crone. Danaë’s supposed to be quite pretty, and she’s an excellent ruler. King Cresus would have seen to that, of course.” He paused, then plunged on. “And it’s been three years since we lost Queen Hanne.”

“Hanne still lives in my heart,” Matthias said, curt. “And no woman will ever take her place, is that clear?”

“This is a marriage of political convenience. I understand it, Danaë understands it. It will never be anything more.”

Reniel bowed his head. “Of course, sire. Forgive my impertinence.”

Matthias snorted. For Reniel, impertinence was the element in which the priest thrived. “Besides, all we have is her envoy’s word that she’s pretty,” he said. Even to him it sounded petulant. “She couldn’t be bothered to send a portrait. And I haven’t seen her in person since she was little more than a child.”

Matthias thought. “Fat. A little partridge of a girl. Sweet enough, I suppose. I didn’t spend much time with her.”

He never thought he’d have to. But now, thanks to his feckless son, he would have to marry that little partridge of a girl to maintain the valuable trade agreement between their countries.

Out on the plains, the tiny plume of dust grew closer.

“My rump feels like it’s been beaten with oars,” Danaë, Queen of Hellas and Empress of the Eastern Seas, grumbled. Underneath her, the bay mare snorted, as if in contempt for its rider. “Do the Ypresians have to ride horses all the time?”

“It’s the easiest way to get around the countryside with any sort of speed,” her brother Darius said, sitting atop his own mount with ease. “You’ll have to get used to them if you’re going to rule a country of mainlanders.”

“Mrrgh.” She shifted in her saddle, wincing at the ache. “I hope they don’t expect me to walk far after this.”

“You’re a queen, sister dear. You can always have some nice sturdy servant carry you.”

She glared at him. “Tell me, brother dear, have you always been this much of a jackass?”

He tsked, splaying a hand over his breast. “You wound me, my queen. And just when I was about to compliment you on handling the tedium of queenship so well. Better than I would have, if our positions were reversed.”

“Yes, I can’t see you filling out a dress all that well,” she drawled.

He gave her a wicked grin. “You’d be surprised.”

Danaë bit her lip to smother a smile. She loved her twin brother, but it was true that he had nothing of a king in him. Their father King Cresus had understood this and encouraged Darius to act as a roving ambassador while Danaë was tutored in the art of ruling. As a result, the study of statecraft, debate, economics, and warfare filled her days while Darius made a name (and something of a reputation) for himself at the other royal courts on the continent.

The brisk plains wind tugged at the curls escaping from her cap, tickling them across her nose. Against her black hair one curl of deep royal blue stood out, the sign of a mage with control over the elemental power of water. Frowning, she tucked it back into her cap.

When the blue lock appeared in her ninth year, her father had been beside himself with pride. Mage training became part of her schedule along with her education in statecraft. She’d passed through the novice and apprentice classes, becoming an adept in her fifteenth year. After another decade of training interspersed with her duties as King’s Heir, she would have become a magistra, qualified to perform magic on her own.

And then Cresus died, and everything changed.