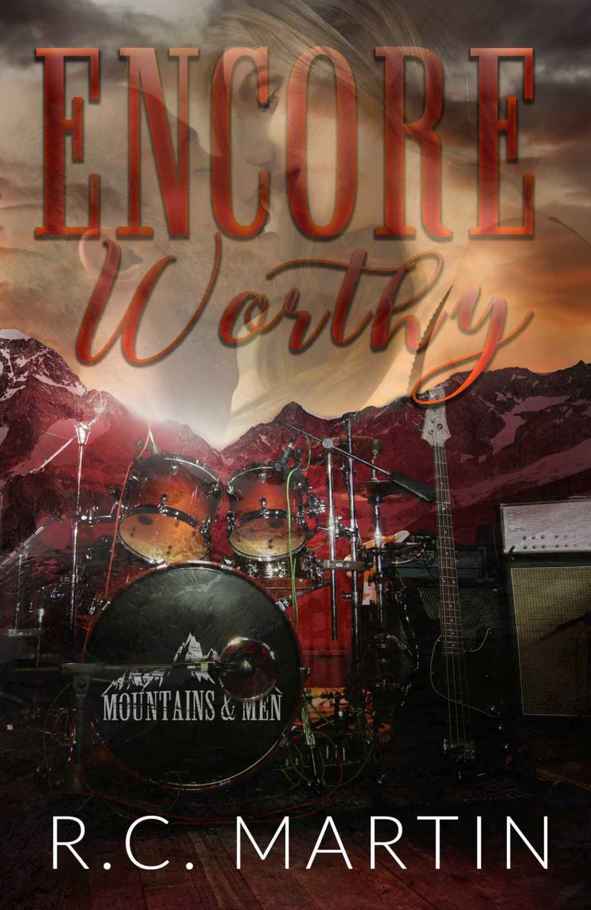 This book is a work of fiction. Names, characters, places, events, and other elements portrayed herein are either the product of the author’s imagination or used fictitiously. Any resemblance to real persons or events is coincidental. No part of this book may be reproduced, stored in a retrieval system, or transmitted by any means without the written permission of the author.

To my dear friend Larisa, who helped me realize that Sage and Millie were worth more.

Can’t stop the beat I hear from one haunted glance

I DON’T BELIEVE IN
love at first sight. Love is messy. It’s complicated. It’s fucking
crazy.
How can you tell, with just one look, that you’re staring at someone you love? How can you guess, in just one moment, that you’ll go through shit and back just to make her smile? Can you seriously guarantee, without even knowing her name, that you’re ready to take on her demons? In an instant, are you brave enough to give her yours?

I don’t believe in love at first sight. When I saw Millicent for the first time, I wasn’t thinking about forever. I remember thinking how gorgeous she was. She looked so fucking hot in that short skirt with those long-ass legs. Then I took one look into her dark green eyes and I felt it—felt her
music.
She barely smiled as we were introduced, so cool and seemingly unimpressed. That’s when I knew I had to have her. For just one night, I wanted to feel her burdens, her pain, her heart; I wanted to get lost in the notes of her melody, and I wanted her to shatter as she screamed my name.

I should have known better; should have known that one night was never going to be enough. I felt her
music
and it permeated through my soul. The second I walked away from her, I couldn’t deny that she had left a mark. In an instant, lyrics were pouring into my head. I pulled out my phone without hesitation, recording myself singing the words, the melody coming to me as effortlessly as if it were my next breath.

I finished the phrase, believing that the words could be true. I pocketed the promise of a new song, thinking of how I could get my temporary muse alone and naked. She deserved a damn fine fuck for serving as my inspiration. Little did I know that she was anything but temporary; that one night would never be enough. She was worthy of more than a moment, more than a song.

Millicent Valentine was, and will always be, encore worthy.

I NEED A DRINK.

Sometimes I wonder why I even bother with that woman. My mother is not a
mom.
She hasn’t been for a really long time. I moved away—no,
ran
away—after I finished high school, just so that I didn’t have to feel obligated to spend any extra time with her. Sure, Colorado is a far cry from New Jersey, and maybe the distance between us is a little dramatic, but I’m happy here. Well, I’m generally happy here. Then she calls me. Like clockwork. Every two weeks, always on a Saturday night—as if she knows I don’t have a life.

Every conversation feels the same. She wants to know how work is going. She wants to know if I’m eating enough. Then she proceeds to bitch and moan about her own damn, miserable existence. She does it in such a way that if you were anyone other than me, you’d think she was talking about something as casual as the weather. But I
am
me; I’ve known the woman since birth. Listening to her talk about her life is like listening to her tell me why I owe her thirty minutes every other Saturday—because she brought me into this world and she sacrificed everything to make sure I stayed in it.

Fuck. I need a drink.

Sometimes, I’ll remember having a
real
mom. Sometimes, when I least expect it, I’ll be five years old again; I’ll picture us playing together at the beach, my father snapping our picture with one hand, his cold brew in the other. Sometimes, I’ll remember what it was like to have a family. Then, in the blink of an eye, I’m twenty-six again. Suddenly, I’m a woman who was abandoned by her father at six, a daughter who was left with a lifeless woman for a mother, and I feel just as alone as I always do.

Talking to Natalya Valentine every two weeks is just a sad reminder of where I come from and a horrifying picture of what my life could turn into if I’m not careful.

I take a deep breath before I insert my key and unlock the door to my apartment. I know my roommate, Sarah, is home. I saw her car in the lot on my way in. She’s been living with me for a week and I’ve already managed to alienate her. I don’t know her story. I don’t know why she moved to Fort Collins or what she does from day to day. It’s kind of hard to bond when you’re avoiding each other. It’s my fault and I know it, but I can’t figure out how to fix it.

My last roommate, Jess, was hardly ever home. She was totally dedicated to her studies, which had her on campus all the time. I respected her immensely for her dedication. Our desire for knowledge was something we had in common. Well, just about the only thing we had in common. She also had a boyfriend, another reason she was hardly ever at home. She only brought the guy around a few times. He had shit aim when he pissed drunk and I sure as hell wasn’t cleaning up after him. She wasn’t a big fan of being on clean up duty when she was nursing her own hangover, so they made a habit of crashing elsewhere on the weekends.

She moved out just after graduation with plans of pursuing her master’s degree. A friend of a friend told me about Sarah and it wasn’t long before my empty spare room was filled. It just so happened that I was going when she was coming, so our first meeting was pretty pathetic. Our second encounter was even worse.

I’m a little OCD. I can’t help it—it’s in my nature. So, when I got home last Saturday and found that she had totally destroyed my kitchen and stolen my stash of chocolate chips in order to make cookies, I lost my shit. I’m not a warm and fuzzy person, but even I’ll admit that I was a total bitch. It’s entirely possible that she was baking with the hopes of sharing with me—I’ll never know.

What I
do
know is that she’s not as bad as I made her out to be. I think I might have called her a thief and a sloth during my rampage, but she’s neither. She replaced all the ingredients that she used the very next day. Sarah’s also really quiet and tidy; she just gets a little messy in the middle of her process. I have to remember that not everybody’s brain works like mine and not everyone is as damaged as me. She totally seems like the warm and fuzzy type.

6 of the Best Discipline at Work Stories by Louise O Weston
Urge to Kill by John Lutz
Fulfilling Promises (Red Starr, Book Five) by Kennedy Layne
The Widow by Fiona Barton
Cards of Identity by Nigel Dennis
A Sliver of Shadow by Allison Pang
The Stepsister Scheme by Jim C. Hines
1 State of Grace by John Phythyon
Wrong Ways Down by Stacia Kane
The Ambassadors by Henry James