Read Enemies: A History of the FBI Online

Enemies: A History of the FBI 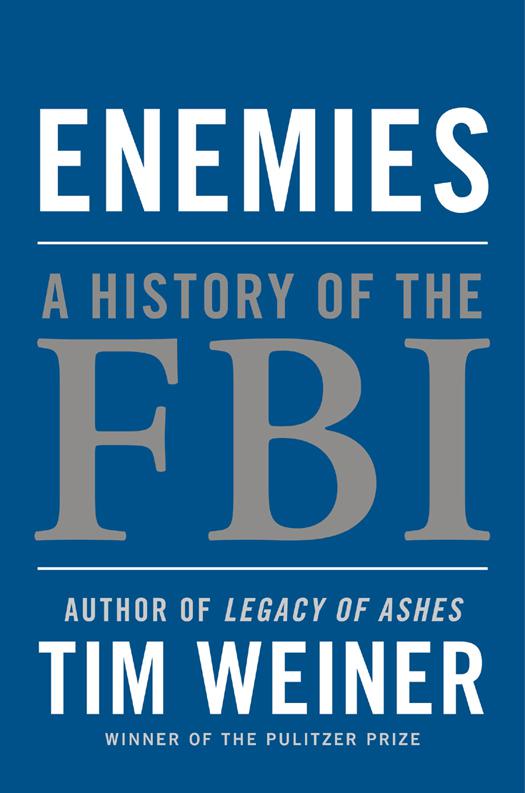 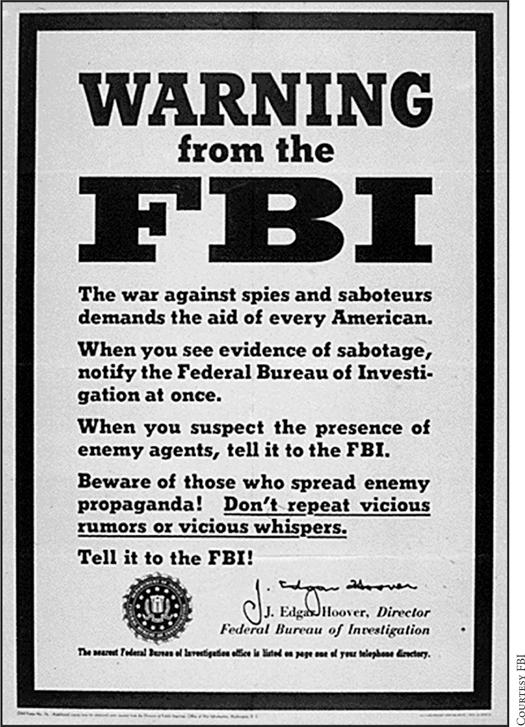 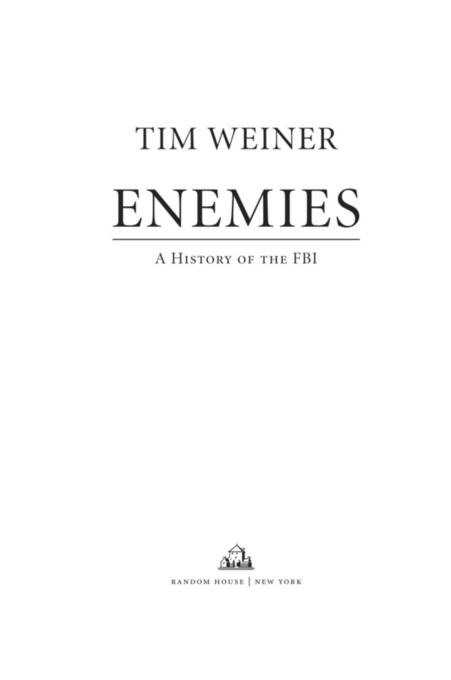 Some of the oral histories in this book are copyrighted by the Society of Former Special Agents of the Federal Bureau of Investigation and cited here with permission.

Safety from external danger is the most powerful director of national conduct. Even the ardent love of liberty will, after a time, give way to its dictates. The violent destruction of life and property incident to war, the continual effort and alarm attendant on a state of continual danger, will compel nations the most attached to liberty to resort for repose and security to institutions which have a tendency to destroy their civil and political rights. To be more safe, they at length become willing to run the risk of being less free
.

P
ART
I  •  SPIES AND SABOTEURS

7. “They never stopped watching us”

9. The Business of Spying

12. “To strangle the United States”

14. The Machine of Detection

39. The Price of Silence

E
NEMIES
IS THE HISTORY
of the Federal Bureau of Investigation as a secret intelligence service. We think of the FBI as a police force, arresting criminals and upholding the rule of law. But secret intelligence against terrorists and spies is the Bureau’s first and foremost mission today, and that has been true for most of the past hundred years.

This mission creates a conflict that the authors of the Constitution foresaw ten generations ago. A free people must have both security and liberty. They are warring forces, yet we cannot have one without the other. Secret agents can be scofflaws; their traditions include wiretapping, bugging, and burglary. Over the decades, the Bureau has best served the cause of national security by bending and breaking the law. A secret police is anathema in a democracy. But the FBI’s powers make it America’s closest counterpart.

Enemies
is the chronicle of a century of constant conflict over the conduct of secret intelligence in an open democracy, the tug-of-war between national security and civil liberties, the saga of our struggle to be both safe and free. It is written on the record, without anonymous sources or blind quotations. It is based on a foundation of more than seventy thousand pages of recently declassified documents, including an extraordinary collection of the intelligence files of J. Edgar Hoover, and more than two hundred oral histories recorded by agents who served during and after his forty-eight-year tenure as the leader of the FBI.

Hoover stands at the center of the American century like a statue encrusted in grime. His loyalists saw him as a visionary genius. His opponents saw him as “a goddamned sewer,” in the words of President Kennedy’s national security adviser. Today millions of Americans know him only as a caricature: a tyrant in a tutu, a cross-dressing crank. None of that is true. The files opened over the past few years strip away layers of myth and legend. They show him in a new light. He carried out secret missions that were almost inconceivable in their time, spying directly on the leaders of the
Soviet Union and China in the darkest days of the Cold War, sending detailed intelligence warnings of suicidal airborne attacks against New York and Washington, controlling a coup against a democratically elected foreign leader, and subtly undermining presidents of the United States.

Hoover was not a monster. He was an American Machiavelli. He was astute, he was cunning, and he never stopped watching his enemies. He was a founding father of American intelligence and the architect of the modern surveillance state. Every fingerprint on file, every byte of biographic and biometric data in the computer banks of the government, owes its origins to him.

He was a masterful manipulator of public opinion. He practiced political warfare and secret statecraft in pursuit of national security, often at the expense of morality. He fought communism and terrorism with a consuming passion for fifty-five years. From the 1940s onward, until the day he died, he foresaw the apocalyptic threats we face today. Yet he left behind an institution that almost died along with him, and has only revived its national-security mission under law in the past three years.

El coronel no tiene quien le escriba by Gabriel García Márquez
The Precipice by Penny Goetjen
The White Earth by Andrew McGahan
Caitlin's Choice by Attalla, Kat
El discípulo de la Fuerza Oscura by Kevin J. Anderson
The Gilded Cage by Susannah Bamford
Falling for Her by Sandra Owens
A Conquest Like No Other by Emma Anderson
Too Big To Miss by Jaffarian, Sue Ann
Werewolf Academy Book 6: Vengeance by Cheree Alsop