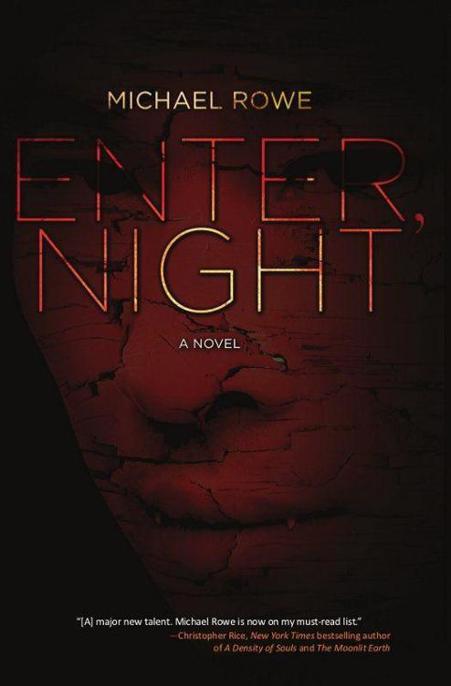 For Brian McDermid,
With all my love, now and always

And for Kate Davis Gyles and Michael Edward Gyles,
My two favourite things that go bump in the night

But first on earth, as Vampyre sent,
Thy corpse shall from its tomb be rent;
Then ghastly haunt thy native place,
And suck the blood of all thy race;

In the general belief, however, there was but one land of shades for all
alike. The spirits, in form and feature, as they had been in life, wended
their way through dark forests to the villages of the dead, subsisting
on bark and rotten wood. On arriving, they sat all day in the crouching
position of the sick, and, when night came, hunted the shades of animals,
with the shades of bows and arrows, among the shades of trees and rocks;
for all things, animate and inanimate, were alike immortal, and all passed
together to the gloomy country of the dead.

—
Francis Parkman,
The Jesuits in North America in the Seventeenth Century

The past is never dead. It’s not even past.

—
William Faulkner,
Requiem for a Nun

FROM THE NOTES OF PROFESSOR PHENIUS OSBORNE

BEING THE LAST TRUE TESTAMENT AND RELATION OF FATHER ALPHONSE NYON

Jim Marks, who had been driving for Northern Star for twenty-five
years and would retire early at the end of October, looked sourly at this late
arrival. He was tired of waiting and wanted to get the trip underway. It was a
long one, and boring. The total driving time would be nearly eighteen hours.
There would be a refuelling and dinner stop in Toronto at five p.m. and
another in Sudbury later that night. He wished he’d joined one of the majors
years ago, bus lines like Greyhound or Voyageur Colonial, with normal,
civilized hours and routes instead of old charter dinosaurs like Northern. He
was too old for this job. He felt every one of his forty-eight years tonight, and
his ass in the driver’s seat felt ninety.

“Ticket,” Jim grunted, extending his hand. The vampire gave him the
ticket. Jim tore off the driver’s half and handed the remaining portion back.

Jim, of course, didn’t see a vampire. He saw a filthy hippie.

In fairness to the vampire, any man with hair below his collar looked like a filthy hippie to Jim Marks. The world was crazy. Between the hippies down in the States and that commie Jane Fonda carrying on over in Viet Nam and all the drugs and weird music—never mind the fact that you couldn’t tell the boys from the girls anymore—the planet was going to hell in a handbasket. If Jim Marks was the Prime Minister of Canada, the first thing he’d
institute was mandatory haircuts for every male over the age of five.

The vampire took the ticket and moved down the aisle. His hockey
bag banged against the metal armrests a couple of times. Jim resisted the
urge to tell him to be careful. There was nothing to be careful of, but the
metallic noise was annoying and Jim already had a headache and a long
night drive ahead of him.

None of the other passengers noticed the vampire as he passed. No
one notices anyone on buses unless they are exceptionally beautiful or
handsome, or dangerous-looking, or extremely fat—in which case the
potential seatmate can look forward to a very long, very uncomfortable
ride. The vampire was none of these things. He was entirely nondescript—a
bit more dishevelled-looking than the average bus passenger, maybe a
little dirty, but not remarkably so for a passenger on a night bus through
the mining towns of northern Ontario. He seeped into his seat near the
back of the bus like cigarette smoke and settled in for the ride north. For
all intents and purposes, he might have been a ghost—felt rather than
seen, whose passage might have been marked at most by a momentary
waft of air. Or, marked by nothing at all. He wasn’t sure what people felt
as he passed, but he did like to imagine the worst.

In his seat near the back, the vampire covered his eyes with the brim
of his cowboy hat and laid his head against the window. He closed his
eyes and tried to sleep. If he slept, he would dream. If he dreamed—as he
now could again, since he’d stopped taking the pills that flattened out his
thoughts, rendering his movements turgid and his dreams uneventful
and quiet—the voice would come to him and tell him what to do next.
The voice did come to him, and he smiled in his sleep as he listened.

In Toronto
five hours later, the vampire got out and stretched his legs. It was raining.

He ordered a hamburger, fries, and a Coke at a greasy spoon on
Edward Street, not far from the bus depot, so he could keep his eye on it.
He left his hockey bag on the seat, knowing that no one would look inside.
He looked through the windows of the diner and watched the cold sluice
down, dirty waterfalls of greasy urban soot against the glass. His gaze
flickered up to the darkening argentite sky. The rain was intensifying. By
his calculations—and he was nothing if not obsessively fastidious about
facts—the moon had been ninety-seven percent full last night and would
be entirely full when it rose tonight, and remain so through Saturday as
he completed his voyage north. While the rain and clouds might try to
hide it, the full moon would still be there. The vampire would know. He’d
feel it rise and he would grow stronger and stronger.

When the vampire was finished eating his hamburger, he took out
the paperback novel he always carried in the side pocket of his army
surplus coat with the intention of reading it to pass the forty-five
minutes until it was time to re-board the bus.

He patted his pocket, feeling an unfamiliar bulge there, and frowned.
He’d forgotten he still had the fucking things. He looked around to make
sure no one was watching, and then he took the grimy, nearly full bottle
of pills out of his pocket, squinting to read the label. With a ragged
thumbnail, he scratched off his name. Then he carried the Thorazine to
the garbage can near the door of the diner and tossed it in. He glanced
about again to make sure no one had noticed him. Of course no one had
noticed him. They never did.

The coach was less than
half full as it pulled out of Toronto at 6:15 p.m.
Jordan Lefebvre was glad of it. He had his choice of seats. He chose
two on the left-hand side of the bus, towards the back. He placed his
guitar and his rucksack on the seat next to the aisle and leaned his bruised
face against the window. The cool glass felt good against his swollen skin.
The sun left the sky early in mid-September and the coming night rode
alongside it beneath a shroud of rain as the driver navigated his way out of
the city, turning north onto highway 400.

Jordan was seventeen, almost eighteen, and today he had run out of
both money and luck. He’d heard the term “rock bottom” before, but he
never expected to have reached it before he was old enough to legally drink
and vote. On the other hand, today he was finally a man. He’d grown up
hearing older boys talk about how great it felt to finally “lose it.” It didn’t
feel great to Jordan. He touched his swollen bottom lip, probing it gently.
He winced when he found the split skin and his finger came away wet and
red.

Jordan had arrived in Toronto three months earlier from Lake
Hepburn, a small mining town in northern Ontario that no one in Toronto
seemed to have heard of—a fact few people he met there had ever allowed
him to forget. He’d brought his guitar, a few changes of clothes—a couple
of pairs of Lee Riders, some underwear, some faded flannel bush shirts, a
spare pair of boots.

Lake Hepburn was one of the thousands of ubiquitous northern
hockey towns where boys became drinking, fighting, hockey-playing
men by their mid-teens, if not earlier. Men for whom two options existed:
working down the mine, or joining the army. Neither appealed to Jordan.
He had the bruises to show for it—those you could see and those you
couldn’t. Towns like Lake Hepburn tended to scar their sons in the same
way the mines scarred their fathers, a cycle of mutual exploitation that
had gone unquestioned, generation after generation.

Wilde Blue (Wilde Brothers Book 4) by Susan Hayes
Autumn at the Star and Sixpence by Holly Hepburn
Saving Sky by Diane Stanley
i 7faa2455551cb7b9 by Unknown
How to Disappear by Ann Redisch Stampler
HACKING THE BILLIONAIRE: Part 3 by Jenny Devall
The Lost Prince by Selden Edwards
Hemlock 03: Willowgrove by Kathleen Peacock
Wonderstruck by Feinberg, Margaret
Werewolves and Chocolate by Shauna Aura Knight