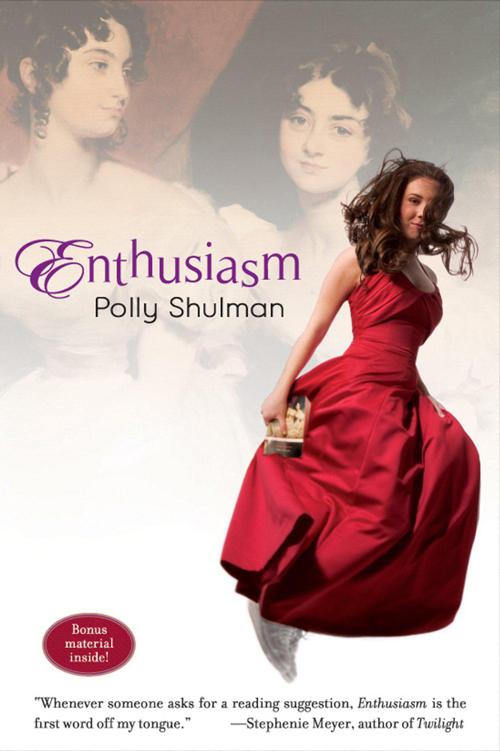 Chapter 7 - An unglass slipper ~ A Farewell to Forefield ~ I eat the Pancakes ...

Chapter 12 - I keep up my grades ~ My father grouses ~ A Turkey again ~ Rehearsals.

Chapter 14 - Musings about the Inscrutable Gender ~ A Date ~ Ashleigh to the ...

Chapter 18 - My first appearance in Print ~ Ashleigh interferes ~ A Midnight ...

In which Ashleigh discovers Jane Austen,
and her wardrobe, to the embarrassment of Julie.

“Listen, Ash,” I said. “You’re not planning to go to school wearing that, are you? No guy will even
look
at you.” Me neither if they see me with you, I added inwardly. “Couldn’t you please, please, please wear jeans?”

As always, my plea fell on deaf ears.

“I see not the necessity of discussing with
you
, Miss Lefkowitz, the propriety of a young lady wearing Trousers. As you know, modesty forbids us to reveal the shape of the Lower Limbs.”

“If you do get a boyfriend, he’s going to want to see a lot more than just the shape of your Lower Limbs,” I argued.

Fortunately, I reflected, the school year wouldn’t start for another week—enough time, I hoped, to make her see reason. 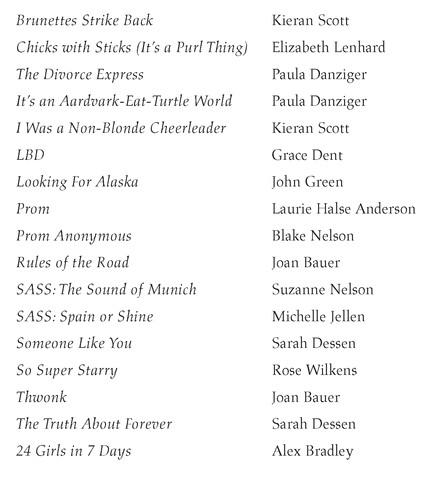 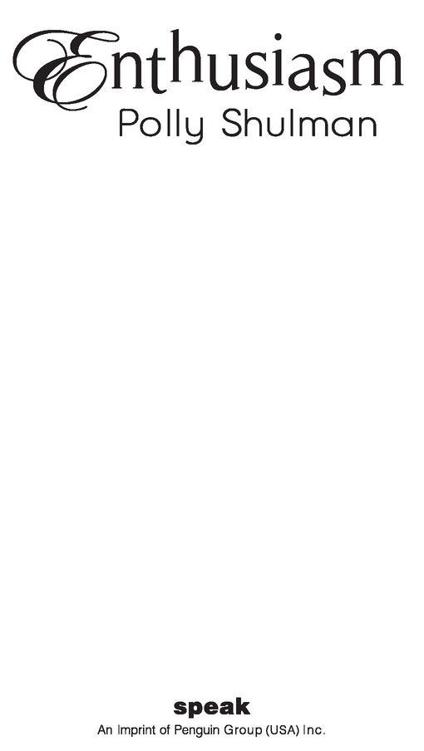 First published in the United States of America by G. P. Putnam’s Sons, a division of Penguin Young Readers Group, 2006

Published by Speak, an imprint of Penguin Group (USA) Inc., 2007

THE LIBRARY OF CONGRESS HAS CATALOGED THE G. P. PUTNAM’S SONS EDITION AS FOLLOWS:

Summary: Julie and Ashleigh, high school sophomores and Jane Austen fans, seem to fall for the same Mr. Darcy-like boy and struggle to hide their true feelings from one another while rehearsing for a school musical.

For Anna Christina and Andrew

T
here is little more likely to exasperate a person of sense than finding herself tied by affection and habit to an Enthusiast. I speak from bitter experience. My best friend and next-door neighbor, Ashleigh Marie Rossi, is an Enthusiast.

All last summer, Ashleigh was mad for the Wet Blankets. On the day they released their new album, she insisted that I accompany her to Outer Music, where they had advertised free tickets for a Blankets concert in the city. We started at ten o’clock in the morning, the break of dawn, Ashleigh time. “Ash,” I objected, “they said they won’t give out tickets till midnight. What are we going to do for fourteen hours?”

“You don’t want to be stuck at the end of the line, do you? Don’t worry, I packed lunch. Here, take one of these,” she said, hauling a large woolen blanket out of her closet and dumping it in my arms.

“What’s this for? It’s about a million degrees out there. We’ll be sitting in the sun.”

“That’s why we’re bringing these!” She flourished two five-liter bottles of mineral water. “Wet Blankets, get it? We’ll be appropriately dressed, and they’ll keep us cool through the process of evaporation.” She opened one of the bottles and reached out to splash me with the water.

“Ash, you freak, get away! Stop it! I’m not sitting around in the middle of town with my clothes soaked!”

With difficulty, I persuaded her to recap the water bottle, but nothing would convince her to leave the blankets behind. At Outer Music, we spread them on the sidewalk and sat down to wait. People looked at us strangely as they went in and out of the store, and I hid my face in my book, Jane Austen’s
Pride and Prejudice
. At six o’clock, just as I reached the exciting proposal scene, Ashleigh’s dad arrived with sandwiches. At nine, other Wet Blankets fans began lining up behind us.

Ashleigh’s blankets came in handy after all, when the skies opened in a cloudburst around eleven. Overjoyed to find that Fate had cooperated with her planned pun, she invited her co-fans to seek shelter with us under the blankets.

This sort of behavior was nothing new for Ashleigh. All through elementary school, her crazes kept me in a constant flame of embarrassment. After she read the Little House books, it was all I could do to stop her from wearing her flowered flannel nightgown to the mall. During her Harriet-the-Spy period, which coincided with my parents’ breakup when we were eleven, I had to confiscate two of her notebooks to keep them from falling into the hands of the divorce lawyers. When King Arthur ruled supreme in her heart, she thee’d and thou’d everyone from teachers to bus drivers.

But although our classmates considered Ashleigh weird back then, they respected her for her courage and inventiveness. Nothing ever embarrassed Ashleigh. Teasing her was pointless, since nobody could make her cry. Some of her reputation for oddness rubbed off on me, but so did some of her oddball prestige. Hanging out with Ashleigh in elementary school stopped just short of social suicide.

High school, though, was another matter. By then her ability to ignore giggles and stares had become less an asset than a liability. Oh, we still had plenty of friends—girls like Emily Mehan and the Gerard twins—but if Ash pulled any more stunts like that time freshman year when she borrowed Michelle Jeffries’s handbag for a juggling trick and spilled the contents, including a selection of feminine hygiene products, I feared for our social standing among the girls. And as for guys—well,
that
was too painful to bear thinking about.

One hot afternoon about a month after the Wet Blankets incident, I sat by my window peeling my sunburn and considering the coming school year. Although Ashleigh did tend to get carried away, the Wet Blankets was a perfectly respectable interest for a Byzantium High sophomore. If only it would last through the vital first few weeks of school! Could I possibly be so lucky?

Evidently not. A rap on my windowpane interrupted me in the middle of removing a satisfyingly large patch of skin. Looking up, I saw the Enthusiast herself perched outside my window. (For reasons of convenience and privacy, Ashleigh and I exchange visits by way of the oak tree whose branches graze both our bedroom windows, rather than by the doors.) She was wearing a long black garment that caught on the twigs; I recognized it as a robe from last year’s Freshman Chorus.