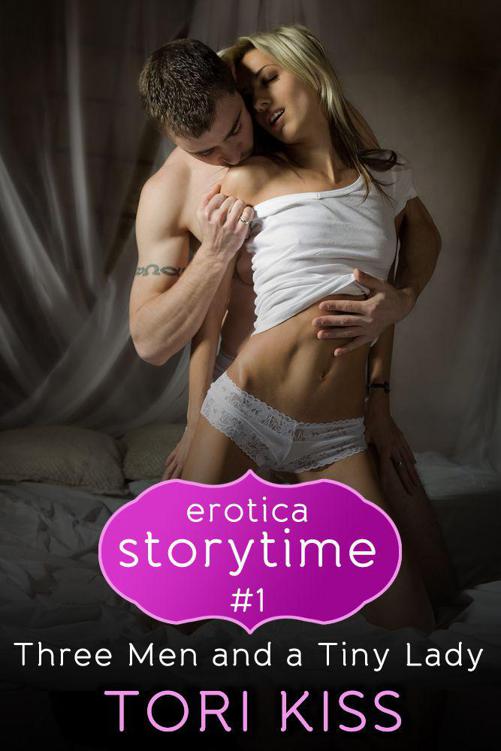 Lucy “Fingercuffs” Woohoo hadn't had a good pounding in at least fifty years. Despite being well over a hundred, her pussy was still young and tight, because elves live a
very
long time.

Lucy had been getting regular sex (regular as in
very
ordinary) from her elf boyfriend, but she hadn't tasted the giant cock of a human since the Cuban Missile Crisis, and she was having her own
Missile Crisis
this Christmas.

Every day, she'd wake up early and go to the factory to make more toys, and she was mostly happy with her life, but something changed. She got transferred.

As she worked the long hours leading up to the Big Night, Lucy hatched a scheme for her own Big Night. She would volunteer as an intern for Santa and hitch a ride into a city with him. Being an “intern” would mean blowing the guy in his sleigh, but you know what they say …
ass, grass or cash, nobody rides for free.

Santa's cock tasted like sugared gumdrops. The reindeers' hooves pounded the sky, and Lucy was on her hands and knees in front of the Jolly One as they soared through the night. She thought about her plans as she sucked and sucked on his long, hard cock. He had white pubes all over his jingle balls, and his bowl of jelly shook as he started to come.

“You are a naughty one,” Santa said, his voice deep and rich. “Turn around and I'll fuck you in that drippy little elfhole of yours.”

“No, Santa. Don't be greedy.” She wiped her mouth with the back of her hand, taking a long lick down her fingers and enjoying the peppermint. “I'm saving myself for a human tonight.”

His candy cane was already hard again, even bigger than before he came. “Just the tip,” he begged.

The sleigh rocked and wobbled through the midnight-blue sky. They still had time before they arrived at the first destination.

“I don't know,” she said, rubbing her small elf tits under her best dress jacket. Her nipples were hard as icicles, even though the sleigh was warm, thanks to its magical heating.

“You've been nailing Snowflake Hilltop, and I know he doesn't do it for you,” Santa said. “Come on, just pull down those sexy little green corduroy trousers and let Santa make sure everything's working as it should for the Big Night.”

Lucy looked down at his long cock, which was gleaming on the tip like sunrise on fresh snow.

“Just the tip,” she said, and she yanked down her trousers and presented her small ass to him.

He pulled her down hard onto his shaft.

It was true, what he'd said about Snowflake Hilltop. The elf was incredible with his tongue. He licked so hard and fast and good, it felt like he had two tongues instead of one. Snowflake always made sure she came first, then he slapped his little dick into her three times and came, before she could barely feel anything—not that there was much to feel.

Santa, however, was long and slender, and as he rocked her back and forth on his lap, she saw twinkling lights everywhere.

He would have gone for the ass next, thrusting his gooey, wet rod into her chocolate starfish, but they arrived at the first town too darn soon.

Gasping and panting from her incredible orgasm, Lucy pulled up her panties and trousers and took a seat next to her boss.

He threw his arm over her shoulders and said, “You are going to have one hell of a night. I know just the place to drop you off. It's these three guys, and they're roommates. They've been wanting to have a foursome for a long time, but they haven't been able to find a girl who can handle it.”

“You know everything,” she said, squeezing his leg through his red velvet pants.

“Of course I do, Lucy.” He gave her a tender kiss on the top of her head. “I'll swing by and pick you up again on the way home. You can tell me all about your adventure, and then I'll go home and give Mrs. Claus the pounding of her dreams.”

“That's so cool you two have an open relationship.”

“When you live as long as we do, you have to leave yourself some options.”

Lucy pulled out her purse to check her hair and makeup.

“This is your stop,” Santa said. “Jump when I nod, and remember to hold your breath.”

Lucy poised herself at the side of the sleigh, her arms high over her head.

Santa nodded, and she dove, magically shrinking into an elf-shaped snowflake, and floated down to her destination and in through the chimney. She could have just knocked on the door, but it would be a waste of Santa's best magic.

The house was modest inside by human standards. The enormous TV and all the video consoles made it terribly clear this was a house shared by young men.

Lucy Woohoo got a thrill all the way from the top of her head to the tips of her toes, inside her curly-toed elf boots.

She visited the washroom first, where she tidied up from Santa's escapade (she hoped the man would drink lots of milk to replenish his fluids!) and changed into something she'd brought along.

One of Lucy's friends had actually gone for plastic surgery and was working as a petite fashion model and muse for a very famous fashion designer. (Yes, it's exactly who you're thinking of.)

That career wouldn't last forever, as eventually the ears would grow back, but it would be a fun couple of years for the girl.

Lucy smoothed out the silky, lacy fabric. Should she wear the matching panties or not? She thought about it for a moment, then put them on, because men always love pulling them off. It's like opening a beautifully-wrapped Christmas present.

All dressed up, she ran upstairs to see who Santa had picked out for her.

The first man was black, with smooth, dark skin and rock-hard abs. He slept in a bed of black satin, and she was reminded of the packaging for fancy chocolates, though she knew that some black people (and black elves too) didn't like being compared to chocolates. As he slumbered, she waved her hand over his face, dropping her magical elf dust in his face. Like hypnosis, it wouldn't make the man do anything he didn't want to do, but it would push away his need to ask a lot of nosy questions.

He woke up and smiled at the petite woman straddling him in his bed.

Her pussy started to tingle with excitement as she pulled off the T-shirt he slept in and admired his chiseled ab muscles.

He moaned as she leaned down and ran her tongue down his smooth stomach. She snapped her fingers and his shorts disappeared, straight into his laundry hamper.

His big, erect cock was standing at attention for her.

She took him in her mouth and sucked hungrily. Though her mouth was small, by human standards, elves have a lot of stretch to them, and she was able to accommodate even the largest cock without even the hint of a gag.

She got up from the bed, still dressed in her negligee. Her panties were now lubricated, rubbing deliciously on her damp pussy.

She took Ty's hand and led him next door, to his roommate's.

This young man was already awake, and his eyes widened as he saw his naked roommate and a tiny, glowing woman holding his hand.

He stammered and choked out, “Red.”

“Of course you are!” She shook with laughter, filling the room with an orchestra of ever-rising notes. Red was probably his nickname, because he had pale white skin and bright red hair. As he pushed the covers away, she noted the red curls from his head started up again below his navel and twisted and twirled around his balls. His cock was pale, the skin almost translucent as the beast began to engorge and rise up.

Red seemed a little panicked by all this.

Lucy was not an expert mind-reader, but she had some empathic skills, and she knew he was worried about getting a giant boner in front of his best friend, because wouldn't that make him gay? Lucy knew he was straight, so she got close enough to sprinkle some of her elf dust on his face, and sent him a reassuring message from her mind. He could do anything he wanted that night, and nobody would judge him. They would be without boundaries, without gender, and without shame, just four bodies enjoying each other.

Lucy set Red's mind further at ease by taking his cock into her mouth. She knelt on the floor next to the bed where he sat and sucked and sucked on his pale candy cane, swallowing and moaning as he pulsed down her throat and then came with a groan.