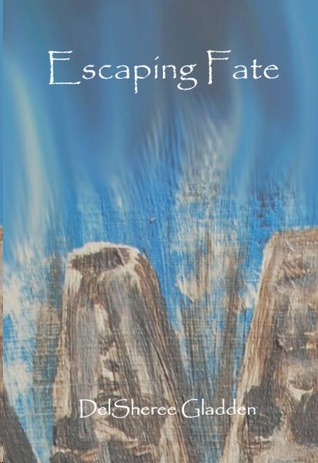 For Ryan, Everett, and
Abbey,

who inspire me every day

The whispered voices that woke her were
the beginning. Pounding and screaming were the next sounds she
heard. She sat up trying to shake away the dream. As her father
rushed over to her she quickly realized that this was no
dream.

“Konētl, child, don’t move. Don’t make
a sound." He rushed over to the window and peeked through the slats
of wood covering the window above his bed. She saw his body stiffen
at what he saw and fear paralyzed the young girl’s body. All her
life she had been haunted by the fear that this would one day come.
She knew, but she asked her father anyway.

“Tahtll, Father, what is happening?”
she asked.

Shuffling away from the window her
father went to the door and pressed his aging back against it. They
both knew that the men outside meant them harm. Holding a finger up
to his lips he signaled for his daughter to stay quiet. Huddling in
her thin blankets, she tried to keep herself from crying. Silent
tears slipped down her cheeks as the chaos continued.

The crashing and pounding grew louder
every second and the young girl cried out to her father. “Why are
they doing this? Why won’t they leave us alone, Tahtll?”

The angry mob’s thunderous hits knocked
the old man away from the door for a brief second before he could
force himself back against it. He continued to strain against the
door as he called out to his daughter. “Go, hide, konētl. Do not
let them find you or they will take you. Hide!”

Needing no further motivation, the
terrified girl ran from her pallet bed just as the splintering of
wood announced the intruders’ arrival. She lunged for the only real
piece of furniture in the room, a large wooden cupboard that stood
just high enough off the ground to let the girl slip under it.
Curling up on the floor, she tucked in every part of her body and
tried unsuccessfully to shut out the sounds around her.

“Give her to us. Now!” somebody
shouted.

“Get out of my house! You have no right
to be here. Leave my daughter alone,” the girl’s father pleaded. He
tried to block them from entering any further, but the crowd of
angry men pushed him aside. The mob’s feet trampled through the
tiny hut, knocking over chairs and tossing the two beds in search
of the child. Burying her silent sobs in her hands she prayed to
the gods that they would not find her. Her father had kept her
alive so far. He had to be able to do it again.

The young girl could hear her father’s
voice as the men searched, begging them to leave and even resorting
to threatening them with harm. Her father was an old man, though.
He had little strength left to try and defend the last of his
family.

“Please leave us alone,” he sobbed.
“Please do not take her away from me. She is all that I have
left.”

“Shut up, old man,” someone bellowed.
“She belongs to the gods now.”

“No!” her father screamed. She saw his
gnarled feet scramble across the floor as he tried to overcome one
of the men. The crack of his bones resounded in the little hut. The
girl cried out when his face fell into the dust just inches away
from her own. Dark blood dripped down his unmoving face.

Covering her mouth right as she
realized she had screamed aloud, she prayed that no one had heard
her cry. The gods were not listening to her pleas tonight. They
wanted her for their own. Hands plunged in at the girl and grabbed
at her from every angle. Screams burst out of her as she tried to
wriggle out of their grasp. They fought over her, yanking her back
and forth, before they finally pulled the screaming girl out from
under the cupboard.

Nobody listened to her screams. They
simply drug the girl upright and started dragging a dusty, roughly
woven bag over her head. She tried to scream again for help, surely
someone in the village would help her, but the dust filled her
lungs and sent her into a coughing fit. Tight cords wrapped around
her hands and feet as they all laughed about their conquest.
Helpless, she could do nothing as they carried her away to meet the
gods.

But the meeting could not happen until
she was purified.

The girl’s raven hair was brushed until
it shone. Each stroke with the fine bone comb tilted her head,
rippling the black cascade of her hair. Her almond stained skin,
shining with fragrant oils, glittered in the flickering candle
light. The scents from the citrus and vanilla oils were so strong
it was intoxicating. Her expressionless face was dusted with heavy
white powder, covering her tear streaked cheeks and red
eyes.

Delicate magnolia flowers were
carefully woven into her silky black hair, by fingers aged and
skilled. A harsh black paint accentuated the lids of her strange,
silvery eyes. Yellow fell down her cheeks like rain. Each color
they applied had a meaning and purpose specific to the ritual. She
knew the ritual well even though her father had tried to protect
her from it all her life.

A simple, roughly woven, white dress
was tied around her thin body. Heavy earrings hung down to her
shoulders. Turquoise armbands that pinched her thin arms hinted at
the pain awaiting her. Knotting the red sash tightly around her
waist, a thick woven blanket was drawn back from the doorway
allowing the malicious sun to display her to the waiting,
bloodthirsty crowd beyond.

The noon hour warmth could not pierce
her angry heart when she beheld the great stone temple that would
be her final destination. Memories of facing the priests the day
before made her anger surge. They were responsible for this. They
put her here. A sharp word from one of her caretakers finally
forced her to step out of the hut and into the sunlight. She
blinked at the sun’s glaring glory and hated it with all her soul.
She had loved its beauty as a child, but now she feared
it.

The bright sun gave away her secret
fear, stinging her eyes and releasing her tears. Her painted face
gave no glimmer of emotion. Only her shining silver-green eyes
hinted at the terror she felt beneath the façade.

The women who had prepared her for this
hour guided her toward the temple. The crowds parted before them,
cheering for their sacrifice. But the beautiful young woman heard
nothing and saw only a haze of movement. Her feet could no longer
move as they should have. Each one of her steps was halting and
fearful.

Her tremendous fear made her legs
quiver, and she almost collapsed when her bare soles touched the
first step of the temple. The soft touch of her feet on the stone
seemed to echo with deathlike finality. Now she could never turn
back.

Hope abandoned her as she halted on the
first step. She was joined by two towering figures, her guards.
They did not touch her for fear that they would also die. To keep
her secured, one stood in front and one followed behind. The solemn
procession began the slow climb up the temple steps. The tear
streaked ceremonial makeup could not hide the growing horror that
gathered in her heart as the stone path took her to her
end.

As her tears fell, a grey mist gathered
around the scene. The raven haired girl was slowly consumed by it,
hiding her from view.

Gasping, I sat up in bed and drew a
thin blanket up to my shaking body. The dream had come again. For
the past two nights I had dreamed of the strange girl. Each night
the dream began again, adding a little more each time. Every night
revealed more of the helpless child’s story. Child, I thought,
she’s looks like she’s the same age as me. At fifteen, I had never
experienced anything as horrible as what the poor girl faced in my
dreams.

The night the first dream came, I had
woken with my heart racing. I had seen the girl drug from her
house, bound, and carried away from her family. Her screams echoed
in my mind as I sat in bed, willing my speeding pulse to calm down.
I passed the first dream off as a nightmare, just another reaction
to stress. When the dream continued the next night, the real fear
started to seep in.

The only thing that remained constant
in the dreams was the immense terror I awoke with every night. I
was gripped with the girl’s awful fear. The haunting look of
desperate horror in the young girl’s face pulled at my soul,
begging me for rescue. I watched with pity and anger that I could
do nothing to ease her fear.

I awoke that third night, so fearful
that I could not force myself to close my eyes again. I feared
slipping back into the dream and having to feel such desperate pain
once again. Lying in my bed, I watched the curtains sway in the
breeze, seeking something familiar and innocent. Slowly my mind and
body came back to my own time. The haunting faces disappeared,
letting me escape into a welcome and dreamless sleep. Resting in
the stillness of my own mind, I swam in the blackness until
awakened by the familiar warmth of the sun.

As dawn’s orange shadows fell across
the unfamiliar floor, I slowly opened my eyes and blinked away the
last traces of the dream. The beige carpet and neutral toned walls
immediately made me grimace. I was not yet used to waking up in a
room I did not recognize as my own. Nearly a week ago I had moved
from my former life of popularity in Manhattan, to a painfully,
mind-numbingly boring little town in rural New York, hours away
from anything.

I loved city life. The constant noise
and activity of living on an island filled with one and a half
million people was invigorating. Every day held the promise of
something new for me, but for my parents, every day held new
dangers. My parents made the decision to move from our stylish
Manhattan apartment to escape the violence and crime, as well as to
be closer to my aging grandfather.