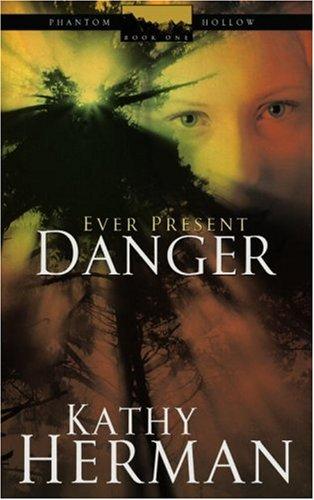 “Kathy Herman’s latest series is off to a flying start with
Ever Present Danger
. Be prepared to stay up late as you get to know the people of Phantom Hollow—a place you’ll want to visit again and again.”
CAROL COX, author of
Ticket to Tomorrow
and
Fair Game
“
Ever Present Danger
has all the tightly woven drama, excellent characterization, and suspense Kathy Herman’s readers have come to love. This newest series digs even more deeply into the heart, leaving a powerful impression of God’s forgiveness and His loving direction in each of our lives.”
HANNAH ALEXANDER, author of
Grave Risk
and
Death Benefits
“Kathy Herman writes stories that draw us into the lives of characters that we grow to care more and more about.
Ever Present Danger
is one of Kathy Herman’s ‘usual’ surprising and excellent mysteries.”
LYN COTE, author of The Women of Ivy Manor series
“Another wonderful book from Kathy Herman.
Ever Present Danger
is an exciting, breath-holding adventure as only Kathy can write. Tops in this category.”
LOIS GLADYS LEPPARD, author of the Mandie books
“
Ever Present Danger
will take you on a wonderful journey from regrets and heartache through unexpected twists and turns of storytelling to a deeply satisfying conclusion filled with redemption and forgiveness. As usual, Kathy Herman mixes sympathetic and admirable characters and unexpected story events to create an engrossing tale. This is a great beginning for what is sure to be a terrific series.”
JANELLE CLARE SCHNEIDER, author of “A Distant Love,”
in the anthology
Christmas Duty
“Kathy Herman is a master at weaving heart-racing mystery and biblical precept into unforgettable narrative. Not only will the twists and turns in
Ever Present Danger
keep the pages turning, her newest characters will inhabit the soul.”
DEIDRE POOL, author of
Loving Jesus Anyway
“In Kathy Herman’s
Ever Present Danger
, a long-concealed murder has deadly consequences and hidden sins must finally be brought to light. The action never stops!”
DEANNA JULIE DODSON, author of
In Honor Bound,
By Love Redeemed
, and
To Grace Surrendered 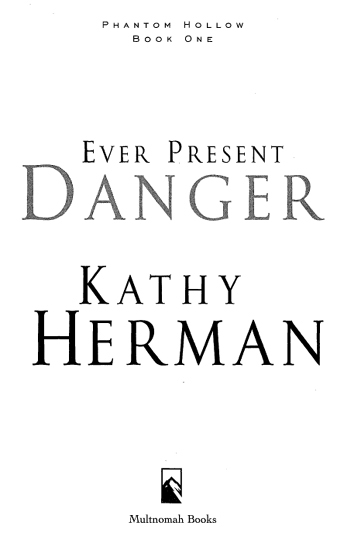