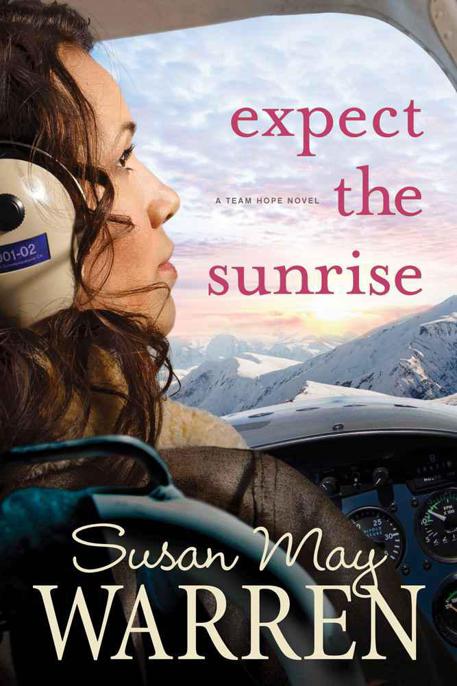 WHAT PEOPLE ARE SAYING ABOUT
SUSAN MAY WARREN

“I’m proud of Susie; my friend gets better with every book.”

“Susan May Warren is an extremely gifted storyteller, always keeping her readers in suspense to the end…. [Her] books are guaranteed to entertain, thrill, and inspire. Without question, they fall in the can’t-put-down category!”

“This author needs to write more books! I love her style.”

“Susan Warren is a writer to watch! … Susan’s characters are so real you can almost hear them breathe.” 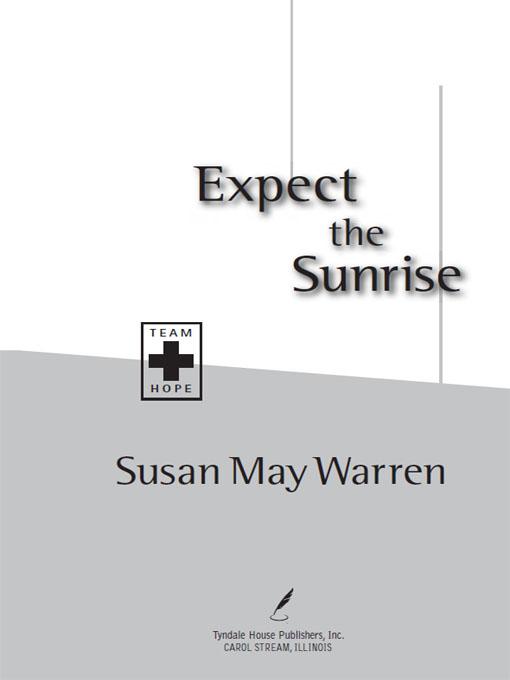 Copyright © 2006 by Susan May Warren. All rights reserved.

Cover photograph of man © by Iconica/Getty Images. All rights reserved.

Cover photograph of mountains © by Aurora/Getty Images. All rights reserved.

Cover photograph of plane © by imagebroker/Alamy. All rights reserved.

This novel is a work of fiction. Names, characters, places, and incidents are either the product of the author’s imagination or are used fictitiously. Any resemblance to actual events, locales, organizations, or persons, living or dead, is entirely coincidental and beyond the intent of either the author or publisher.

God’s provision always amazes and delights me. I’d like to thank the following co-laborers on this project with me. Thank you for not laughing at my questions. As usual, any errors are mine alone.

Dwayne and Carolyn King, Alaskan and Russian missionaries extraordinaire. Your insights into the life of an Alaskan bush pilot and your attention to flying details made this story come to life. More than that, your example and influence in our lives have been treasures to us. Thank you for your willing hearts to serve in so many ways.

Olaf Growald, hero on His shift. Thank you for helping me injure Sarah and then get her off the mountain. Thank you for your wisdom and patience. I’m so grateful for you.

Michele Nickolay, my kindred adventure author. Thank you for enjoying this story, for your critiques, and for enjoying the same Scottish things that I do. Your friendship is such a blessing to me.

Sharron McCann, my Titus woman. Thank you for the recipes and the insights into Scottish life. More than that, thank you for sharing your life with me. You’re an inspiration to me.

Jane Howard, the woman who makes me ponder. Your writing makes me want to go deeper. Thank you for setting the bar for me and for your constant encouragement. I so appreciate you.

Anne Goldsmith, my friend and editor. Thank you for your wisdom and your dedication to take this story deeper, to make it resonate. I’ve learned so much from you. May the Lord bless you richly.

Lorie Popp, the woman who wades through the jungle with me. Thank you for pushing me, for helping me grow, and for your patience! What would I do without you?

My sweet children—David, Sarah, Peter, Noah—for holding down the fort as I traveled, wrote long hours, or even asked you to make dinner for me. I am so blessed by you, and I know God is going to do great things in all your lives as you trust Him. Y’all rock!

Andrew, my fairy-tale knight in a flannel shirt. With you, baby, there are no regrets.

FOR YOUR GLORY, LORD.

Joyful are those who have the God of Israel as their helper, whose hope is in the Lord their God.

Stirling McRae should have known he couldn’t escape his duty, even deep inside the forests of northeastern Alaska, a hundred miles from civilization.

No, it found him in the form of a grimy terrorist in an orange hunting vest and cap. Only, said terrorist hadn’t a prayer of escaping the McRae brothers. At least that’s what Mac told himself as another branch slapped him across the face and he plowed through a bramble of thistle.

So much for having some hang time with his brother. Brody would probably deck him the next time Mac suggested they go fishing together.

He heard Brody behind him, thundering like a bulldozer through the forest, occasionally yelling his name.

Mac didn’t stop. Couldn’t. He’d been hunting Ari Al-Hasid and members of his cell for nearly three years. It seemed sheer dumb luck that he happened upon Al-Hasid now at the height of the summer pumping season and near one of the weakest points in the pipeline that was scheduled for replacement.

The river of black gold inside a forty-eight-inch-wide, double-steel-walled pipe, referred to as the Trans-Alaska Pipeline System (TAPS), stretched eight hundred miles from the northern slope of Alaska to Valdez. Difficult to monitor, even harder to protect, it was one of the most vulnerable terrorist targets in all of America.

A target that Al-Hasid and his group had been plotting to attack for years, according to the maps and sketchy intel that littered Mac’s office at the FBI.

Perhaps this wasn’t dumb luck but good hunting. For months Mac had suspected that Al-Hasid and his cell would launch their attack this summer. He just never expected it during his annual fishing trip with Brody.

Okay, maybe a little, which was why he had guided Brody near a salmon stream that ran parallel to the pipeline. Just to follow his gut and keep an eye out, despite his boss’s skepticism. After all, Bureau Chief Tanner Buchanan had ordered him out of the office … not out of his skin.

And bingo. Just as he and Brody were motoring south toward a promising run of chinook salmon or arctic grayling, they had startled Al-Hasid checking his weapon only thirty feet from the pipeline. He’d looked up, guilt on his face, and bolted.

Now Mac could barely make out Al-Hasid’s form, a sickly orange blur between a stand of bushy black spruce. If Mac caught him, he might be able to breathe a little deeper, sleep more than two or three hours at a stretch, and rip down one of the many mug shots and wanted posters clipped on the office bulletin board.

He needed to get out into the open and close the distance between them. But he knew Al-Hasid carried a .338 Winchester, a weapon that could blow a nice hole through a bear and lay waste to a man. Mac needed the trees for protection, even if he was picked off like a Lakers forward.

Mac glanced behind him, saw Brody heading for the clearing. His brother didn’t know the first rule about suspect apprehension: don’t announce your intentions to the enemy. For the second time in ten minutes, he wondered if he should stop, call the sighting in, and let the on-duty heroes handle Al-Hasid.

No, not if it meant Al-Hasid escaped.

Mac parted the brush with his gloved hands.

Mac froze.
Not around the pipeline!

A scream rent the air.

He whirled and felt his pulse in his throat when crows scattered into the sky.

Mac dived after Al-Hasid, blood pounding in his ears. More than fifty hunters had accidentally hit the pipeline over the years without puncturing it, but a shot from a .338 just might—

Another shot. It pinged against metal.

He crouched behind the larch and peered out, feeling sweat bead under his woolen cap. His feet felt clunky and chapped in his hiking boots; his body trembled under the layers of wool.

“Get away from me!” Al-Hasid shouted into the trees. “I ain’t done nothin’!” He sounded drunk, his accent slurred. No doubt Al-Hasid had perfected redneck lingo after living in the country for the past ten years under an assumed name.

“Throw down your weapon! I’m a federal agent.”

Mac peeked out, saw Al-Hasid searching the forest. Peeling off his vest, Mac crept along a fallen log, then angled toward the terrorist. He schooled his breath and heard Al-Hasid’s labored breathing just ahead.

Al-Hasid scanned the forest where Mac had been, then beyond toward the pipeline clearing. The sun glinted off the metal, rays of heat rippling the air surrounding it.

Mac stiffened. He glanced toward the sound, and his stomach dropped when he spotted Brody hunkered down, sneaking along the pipeline, peering into the forest.

Witness Bares All by Abby Wood
Lady Barbara's Dilemma by Marjorie Farrell
The Star of Morcyth: The Morcyth Saga Book Five by Brian S. Pratt
Losers Live Longer by Russell Atwood
Not Fit for a King? by Jane Porter
I've Had It Up to Here with Teenagers by Melinda Rainey Thompson
A wasteland of strangers by Pronzini, Bill
Assassin's Mate (Supernaturally Shipwrecked Book 1) by Brumfield, Jami
A Dark Matter by Peter Straub
Postcards from the Past by Marcia Willett