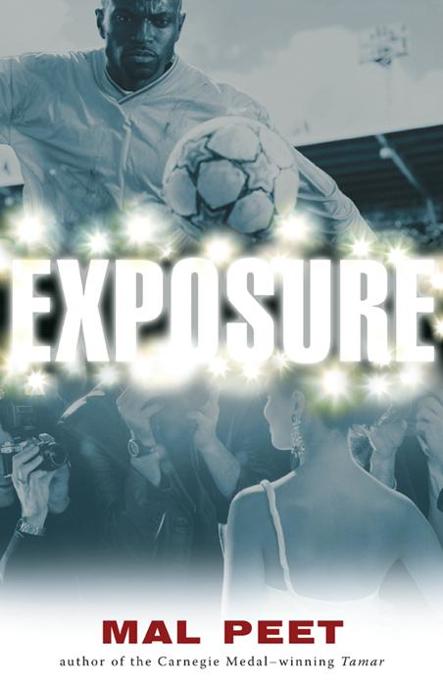 This is a work of fiction. Names, characters, places, and incidents are either products of the author’s imagination or, if real, are used fictitiously.

All rights reserved. No part of this book may be reproduced, transmitted, or stored in an information retrieval system in any form or by any means, graphic, electronic, or mechanical, including photocopying, taping, and recording, without prior written permission from the publisher.

ARIEL GOLDMANN
directors of Rialto, a soccer team
THE DUKE

FIDEL AND NINA RAMIREZ
owners of La Prensa, a bar

T
HE BOY WITH
all the dreadlocks had two lines of business: cars and the patio trade. He had been working his turf — the sidewalk along the front of
La Nación
’s building — for a few months now. Longer than most of his predecessors. The car thing was the usual, but he did it with politeness, even delicacy, and these were not qualities his victims would expect from one of his kind. So he surprised them, and it paid off. He had a plastic bucket without a handle, a squeegee, and, tucked into the waistband of his cutoffs, three large rags: a dirty one, a less dirty one, and a clean one.

A car pulls into a space. The boy does not go to it immediately, because he knows that if drivers see him before getting out, they will have crucial seconds to harden their hearts. He waits until the driver has locked the doors, then appears magically. And smiles.

“Good day, señor. You like me to wash your windshield?”

Sometimes — quite often, actually — the driver will hesitate, maybe shrug, dig a small coin out of his pocket. The victims who do this are the ones who look at him.

“Thank you, señor. I’ll watch your car for you, too. All part of the service.”

More often, the response to the boy’s offer is either nonexistent or obscenely dismissive. But his smile does not waver.

“Okay, señor. No problem. But maybe you like me to keep an eye on the car for you?”

The driver looks at him, hard. Jabs a thumb up toward the heavily built uniformed man patrolling the patio. “That guy up there’s watching my car. And he’s watching you, too.”

The smile achieves an even greater brilliance. “You mean the doorman? My friend Rubén? Yeah, Rubén’s cool. He’s sound. Just not so quick on his feet as he used to be, you know?”

The boy’s technique gets him about four results out of ten, and he calculates that this works out at an average of twenty-two centavos a hit. He is surprisingly good at arithmetic, considering the fact that the only way he could ever have been in school was through a window after dark.

Some days he gets his ass kicked, and this was one of those days. The car was a black Porsche 911. (The boy knew the makes and models of cars, even though he couldn’t read them.) The driver was a white guy with his hair shaved close to his skull so it looked like the shadow of a bat or something. The boy had known right away that it was a no-hope hit, but went for it anyway because it was his solid rule that you do not choose; you go for everything. The man had ignored him, getting a briefcase out of the car. Checking his cell, then putting it away in the inside pocket of his suit jacket.

“Okay, señor. No problem. But maybe you like me to keep an eye on the car for you?”

The man with shadow hair sighed, drumming his fingers on the Porsche’s gleaming roof. Then he turned with surprising swiftness and kicked the boy. Who had somehow been expecting it and had flinched. The kick caught him high on the right buttock just below the hip. He found himself sitting on the sidewalk, his leg numb and useless. The man loomed over him, his eyes hot with anger that seemed inappropriate to the situation.

“Listen,” he said. “I’m sick and tired of wherever I go there’s some street rat hustling me, and I don’t need it, okay? Now, lemme make this plain to you, kid. I come back to this car and anything —
anything
— has happened to it, I’ll find you and pulp your stupid hairy head. Is there any part of that you don’t understand?”

“Good. Now get the hell away from my Porsche.”

The boy scooted himself backward across the sidewalk, soaking the seat of his shorts in the water that had slopped from his bucket. When he was sure the man had gone, he lifted his face and gazed up at the concrete and glass perspective of the office building narrowing into the late afternoon sky. He felt dizzy, maybe because he was hungry.

Seven floors above the street, Paul Faustino was checking the text of an article that would appear on the front page of the next day’s edition of
La Nación.

The gossip mills and rumor factories can shut down. I can now reveal that Otello, the man who led this country to victory in this year’s Copa América, will be a Rialto player within the week. The terms of the transfer were agreed between Rialto and Espirito Santo yesterday after Spain’s Real Madrid withdrew from the contest for the striker. The deal is unlikely to be on a cash-only basis — Espirito has stolidly refused to lower its evaluation of Otello from fifty million — but details will not be disclosed prior to a formal announcement at a press conference scheduled for Thursday. My information is, however, that Rialto’s popular young forward, Luis Montano, will move to Espirito to offset the fee, thus adding to the controversy that will inevitably attend this affair. We can expect a bitter reaction, not only from Espirito fans but also from many in the North who will see Otello’s move south to the capital as an act of betrayal.

Faustino leaned back in his chair and massaged his lower lip with his thumb and forefinger. This was a big, big story. It would warm the cockles of his editor’s heart — if she possessed such an organ. It would earn him a nice juicy bonus, too. He could not quite believe his luck, actually, so there was an uneasy edge to his glee.

Talk of Otello leaving Espirito had begun well before the Copa América. And in recent days the hum of rumor and speculation had swollen into the voice of a vast beehive. The tabloids and sports channels had been obsessed with it. Lacking any real information, they’d put out opinionated babble. Chaff. Faustino had been a journalist long enough to know that very often there is, in fact, smoke without fire. But he too had been pretty sure that Otello would make a move. He had to; Espirito was not a good enough club for him. They’d had another lousy season, ending up fourth from the bottom of the league, despite Otello’s twenty-three goals. Which meant that once again they wouldn’t be playing in the Copa Libertadores. Which in turn meant that Otello, the national captain, would go yet another season without playing an international club game. Ridiculous, obviously.

Faustino was not a gambling man, but he’d have put money on Otello joining one of the big European clubs: Manchester United, say, or Barcelona. But a move south, to Rialto? No way. Of all clubs, not Rialto.

And then, this morning, the call from Otello’s agent, Diego Mendosa, a man Faustino hardly knew.

Still scrawling notes, Faustino had said, “Why me, Señor Mendosa?”

“I was wondering why you chose to break the news to me, exclusively.”

“Because you are widely respected, Paul. All these rumors have caused my client a great deal of stress, as you can imagine. Only someone with your reputation can lay them to rest.”

“Yes. Also, perhaps I would like to give the finger to certain other newspapers that have pissed me off.”

Faustino had laughed at that. “Yeah. Well, that’s honest.”

Afterward he’d wondered about that. In Faustino’s vocabulary,
honest
and
agent
were not words that normally went around holding hands.

He went back to his article.

Born in the North, and famously proud of his African heritage, Otello has done much to silence (in stadiums, at least) the racist jeers directed at black northerners. His charity work, which includes food banks and soccer academies in the slums, has given him a status, a respect, way beyond the usual scope of soccer stars. All of this, along with his much-proclaimed loyalty to the North — he has played for only two clubs in his career, both of them north of the Río de Oro — means that his transfer will have a seismic effect.

Faustino wondered if the word
seismic
was a bit over the top and decided that it wasn’t. He’d been at countless Rialto games and seen their supporters jeeringly wave fifty-dollar bills at the visiting fans, especially when the game was against a team from the North. Heard the call-and-response jokes.

“What do you call a Northerner with a roof over his head?”

Then there was the fact that the owners and directors of Rialto were hate figures in the North. Members of the New Conservative government, like Vice President Lazar and that evil little sod Hernán Gallego. Multimillionaires like what’s-his-name, the supermarket guy, Goldmann. And Nestor Brabanta, of course. And this was the club that the North’s great hero had decided to join. My God, he was in for a rough time.

Faustino skimmed the rest of his piece. He’d soft-pedaled on the political/social/racial issues. Mendosa had asked him to, and you don’t bite the hand that feeds you. First rule of journalism.

I for one am glad that he has faced reality and joined a club that will put him center stage, where he belongs. Let us welcome him to our city and pray that the inevitable storms in the North soon abate.

“You can be a sanctimonious jerk sometimes,” Faustino told himself, and deleted the last sentence. He was dying for a smoke.

Attached is copy for tomorrow’s Otello piece. It’s up to you, but I suggest we go with a crop of the photo we used on the front page July 25, Otello holding up the cup with all that red and yellow glitter stuff in the background.

I’ll be at La Poma until about 9. If you get away in time, maybe I’ll grant you the honor of buying me a drink.