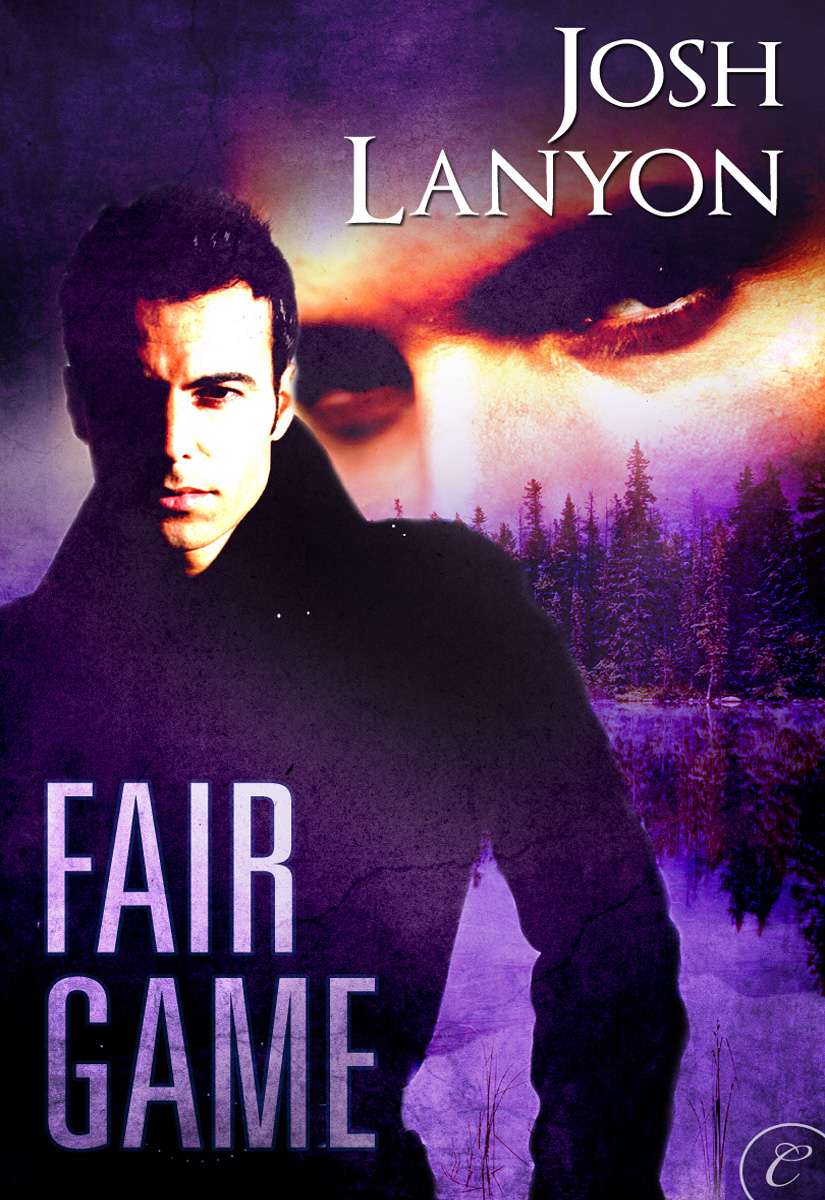 A crippling knee injury forced Elliot Mills to trade in his FBI badge for dusty chalkboards and bored college students. Now a history professor at Puget Sound university, the former agent has put his old life behind him—but it seems his old life isn’t finished with him.

A young man has gone missing from campus—and as a favor to a family friend, Elliot agrees to do a little sniffing around. His investigations bring him face-to-face with his former lover, Tucker Lance, the special agent handling the case.

Things ended badly with Tucker, and neither man is ready to back down on the fight that drove them apart. But they have to figure out a way to move beyond their past and work together as more men go missing and Elliot becomes the target in a killer’s obsessive game…

Thank you for purchasing this Carina Press title. Now that we’ve moved past launch month, introduced you to some of the variety of genres we’ll be offering and showcased the talent of the authors we’re acquiring, we’re working to fulfill the mission “Where no great story goes untold” even further.

Every day brings new deadlines and new challenges for us, but it also brings us the excitement of acquiring amazing author talent and manuscripts we can’t wait to share with you. Each month we’ll be looking to further expand our catalog and the genres we offer, in our journey to become your destination for ebooks.

We’ll continue our commitment to bringing you great voices and great stories, and we hope you’ll continue to find stories you can love and authors you can support.

We love to hear from readers, and you can email us your thoughts, comments and questions to [email protected] You can also interact with Carina Press staff and authors on our blog, Twitter stream and Facebook fan page.

His cell phone was vibrating.

From where he stood at the lectern, Elliot could see it jittering on the top of the desk. He ignored it. The days when a phone call might signal the need to leap into action—and danger—were long behind him. Seventeen months behind him.

“…rats overran the compound, and the stench of the brimming privies polluted the air. Starving prisoners ate candles, bootlaces, vermin.”

The usual ripple of disgust ran through the rows of students in his Bryant Hall lecture. A few busy hands made notes, but honest to God. Was the notion that life in a prison camp would be living hell really a point these kids couldn’t remember if it wasn’t jotted down in a notebook?

“By the time the Civil War was over, more than four hundred thousand soldiers were POWs—that number, you’ll be surprised to hear, nearly evenly divided between Union and Confederate troops.”

On cue, the blonde in the front line of chairs made a moue of surprise and shifted in her chair to better display her long, slim legs.

What was her name again? Mrachek, Leslie. That was it.

Catching his gaze, Mrachek smiled demurely. Elliot bit back a sardonic grin. Barking up the wrong tree there, Mrachek, Leslie. If Elliot was inclined to get involved with a student—and he wasn’t—it would more likely be the broad-shouldered redhead sitting next to her. Sandusky, John.

Sandusky was chewing the top of his pen, staring into space.

Elliot sighed inwardly and continued, “The treatment was no better for officers. More than three hundred of the nine thousand men held at Johnson Island in western Lake Erie, died—primarily of starvation and disease.”

Funny, how you just knew when it was trouble. Granted, Elliot didn’t get a large number of calls these days. Not like when he’d been a hot shot special agent with the FBI. His physical therapist, his teaching assistant, his father…that was pretty much it. Maybe that explained why he was having trouble tuning out that ghostly knocking on the desktop. So much for his vaunted power of concentration. Tucker would have—
no.

He wasn’t about to let his thoughts stray in that direction.

Elliot glanced at the clock in the back of the room. Four minutes to the hour. Close enough.

“And that about does it for today, people.”

A few faces blinked at him as though he’d woken them from a dream—which he probably had. Hands dived for cell phones and the incessant messaging and texting began; God forbid anyone actually
talk
to the person next to them. Laptops, papers and books were shuffled into backpacks and the students began filing out of History 353.

Elliot turned away from the lectern.

Mrachek, Leslie accompanied by a bored-looking Sandusky, John smiled up at him.

Elliot raised his brows in inquiry. His expression must not have been encouraging because her smile faltered.

“Yeah. Leslie Mrachek. I’m also in your Film and History: The American West class.” She was turning the full battery of white teeth, blue eyes and adorably freckled nose his way. Elliot controlled his impatience. Not her fault if his knee was beginning to ache and he was suddenly, keenly feeling the frustration of his new sedate, confined life in academia.

Her escort, Sandusky, was checking the messages on his cell. Leslie said, “I was wondering if I…if you would consider looking at my essay on the films of John Ford before I officially turned it in?”

Was that done? Though he’d earned his doctorate before joining the Bureau, Elliot had done almost no teaching. All too often he felt like he was feeling his way through the dark, way less savvy than some of his younger, fresh-out-of-college peers.

“Sure.” If that wasn’t kosher, he’d know better next time.

“Are your office hours still from nine to eleven on Mondays, Wednesdays and Fridays, and two to four on Tuesdays and Thursdays?”

He had to think about it before he assented.

She gave him that blazing smile again. “Sweet! Then I’ll see you tomorrow.”

His father’s number flashed up.

The letdown caught him off guard. What—who—had he been expecting? Automatically, he gathered his tan Brooks Brothers raincoat and briefcase. Speaking of office hours, he was due in his hideout now.

He punched in the phone number as he walked. His office was located in Hanby Hall on the other side of the quad near the arboretum. The rain had stopped. The campus—tidy lawns, old-fashioned brick buildings, towering white birch and beech trees—sparkled in the fleeting sunlight. He could almost justify wearing his shades.

“Hey, Professor!” A student on a bike winged past like a giant bird.

Elliot flinched. At least he managed not to reach for a shoulder holster that was no longer there, so progress was being made.

The phone ringing at the other end picked up.

“Hel-lo.” His dad sounded like always. Relaxed, cheerful. Clearly it was no family emergency that had him ringing Elliot during class hours. Of course, they were a two-man family, so if there had been a genuine emergency Roland Mills probably wouldn’t be the one placing the call.

“I did. How are you, son? Still on for dinner tomorrow night?”

They had dinner every Thursday. They’d been having dinner once a week since Elliot had left the Bureau and returned to teaching at Puget Sound University. Dinner at Dad’s was currently the high point of Elliot’s social calendar.

“Yep.” An uneasy thought occurred. “Why?”

Roland’s voice altered, though Elliot wasn’t sure how. “I was going to invite friends to join us. You remember Tom and Pauline Baker?”

“Vaguely.” He skirted two girls in boots and mufflers texting madly as they walked and mumbled to each other.

“Their boy Terry is a student at PSU. At least he was up until three weeks ago.”

“What happened three weeks ago?”

“Not this boy. Terry was a very serious kid. Good grades. No trouble.”

Elliot said dryly, “Sounds like he was due some time off.”

“Only Tom and Pauline don’t believe he dropped out of sight voluntarily.”

Elliot had reached the long narrow steps leading up to bullet-shaped oak door of Hanby Hall. As always when faced with stairs he felt a twinge of anxiety. The pain after his knee replacement had been excruciating, beyond anything he’d imagined or previously experienced, barring the original experience of getting kneecapped. But he was recovering well now and stairs rarely gave him trouble.

He took them briskly, went inside the building already quieting down as the next session of classes began. He nodded politely to Ray, PSU’s facilities maintenance, as Ray shuffled past pushing his utility cart. Ray ignored him as usual. Elliot could hear muffled laughter from Anne Gold’s classroom. That reminded him that he had never responded to Anne’s invitation to get together for dinner one night. If he didn’t make an effort he was going to turn into one of those cranky old professors who talked to themselves and kept parakeets.

Keeping his voice down as he walked past closed doors, he said, “If that’s the case, and they have some grounds for believing foul play, they should go to police.”

Funny, that twist his guts gave at hearing
FBI.
“I haven’t heard a word on campus about this.”

“Charlotte Oppenheimer asked them to keep it quiet for now.”

Oppenheimer was the current president of PSU. She had a vested interest in keeping rumors of possible malfeasance to a whisper.

“What is it you want me to do?” Reaching his office, Elliot put his briefcase down and found his keys, listening to the uncharacteristic silence on the other end of the line.

Not what he was expecting. “How is that supposed to help anyone?” Elliot had had his share of talking to grieving parents. If there was a bright side to losing a job you loved, it was not having to deal with terrified or distraught loved ones.

“I thought you could talk to them. Reassure her. Them.”

Stepping inside his office, Elliot closed the door and said quietly, “There may not be cause for reassurance.”

“I know. But you’ve got experience in this kind of thing. I thought you might be able to use that experience to help them navigate these waters.”

Here was irony. “You hated every moment I worked for the Bureau. All I ever heard was how I was wasting my life in the pay of a fascist organization working for a corrupt regime.”

“And so you were.” The years had only slightly mellowed Roland Mills’s militant and anarchist tendencies. Back in the day, he’d been right out there with Abbie Hoffman and Jerry Rubin, flowers in his hair and screaming for revolution, before settling down to relatively staid life as the most liberal professor on the campus of one of the most liberal of the liberal art colleges on the West Coast. Elliot was his only child, the offspring of Roland’s third and final marriage. “So you were,” Roland repeated. “And squandering all the gifts and talents the universe bestowed on you. But here’s a chance to put those oppressor-of-the-people skills of yours to good use. These are friends and they need help.”

“Christ, Dad.” Elliot stared out the window, but he wasn’t really seeing the pale, glistening tree trunks or the silver-pink rhododendrons in this part of the arboretum. The museum of trees. He was seeing another rainy afternoon—a park of brick and granite and trees in Portland, Oregon. Pioneer Courthouse Square. That day had ended in bullets and puddles streaked with blood.

Hell. Maybe it was the weather. Washington’s dark, wet winters got to him sometimes.

Elliot shook off the shadowy feeling of premonition. “All right. But let’s not invite trouble to dinner. I’ll give them a call now. What’s the number?”