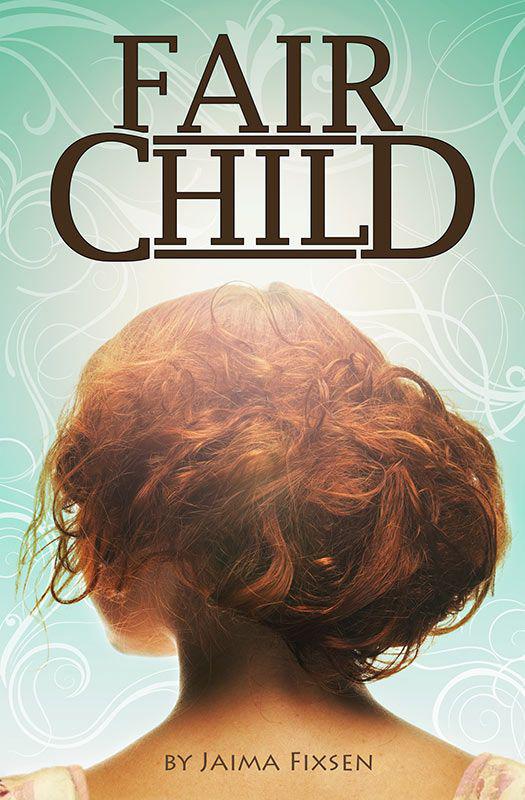 Chapter Twenty-Four - A Fool Comes To No Harm

Chapter Twenty-Eight - In the Basket

No part of this book may be used or reproduced in any manner whatsoever with the prior written permission of the publisher, except in the case of brief quotations embodied in reviews.

Thanks for supporting me as writer in residence

The day Sophy let Mrs. Upton’s pig into the laundry, her mother died.

Snuffling contentedly, the pig took to rooting through the snowy linens just like a happy baby, which was fitting, since Mrs. Upton cherished her spotted prizewinner like it was her only child. Satisfied with her revenge, Sophy vaulted over the fence and pelted down the lane to safety. Though small, she was spry and fast.

“Ooof!” she grunted, stumbling headfirst into the dusty road.

“Watch yourself!” snapped Mr. Lynchem, the minister, righting himself just in time. His books were not so fortunate; they tumbled to the ground. “Slow down and look where you are going!”

“Beg pardon, sir!” On her feet again, Sophy ignored the dust on her pinafore, her stinging palms and her bashed knee, diving to retrieve Mr. Lynchem’s books. She swiftly brushed the covers with the clean edge of her pinafore before thrusting each volume into his hands. He was piecing together his torn dignity, his enormous chest swelling with outrage under his black coat. She could not linger, for any moment Mrs. Upton would—

“What have you done?” Mr. Lynchem’s caterpillar eyebrows inched closer. He glared at Sophy for a mere second before deciding she was guilty. Ignoring her protests, he tucked his books under one arm and seized her ear with the other. She swallowed a yelp of pain and lifted on to her toes, struggling to match his long strides as he marched her back to Mrs. Upton’s.

She was waiting in the garden between the cabbages, her insulted linen strewn about her. Her eyes were as round as marbles, her flabby cheeks quivering with outrage. She lit into Sophy, her voice rising and falling through at least two octaves, carrying through the entire village.

At length, she sputtered to a halt, breathless, having used nearly every word in her vocabulary.

“She will launder everything again,” Mr. Lynchem pronounced. “Immediately.”

With identical dagger glares, the two of them herded Sophy to the washtub and set her to work hauling and heating water. Sophy spent what remained of the afternoon hunched over the tub in a cloud of steam and indignation, growing sweaty and sore. When the sheets and Mrs. Upton’s gigantic undergarments were at last hanging on the line, she ached like she’d been through the wringer too.

“Finished, are you?” Mrs. Upton sniffed. “Get along then.”

Curtsying stiffly, Sophy turned and stalked through the gate, muttering under her breath. Next time she wouldn’t get caught. If Mrs. Upton dared to say things again about her mother—

“You’re not a bastard,” she told herself. Her voice was sure, but inside she was unconvinced. Mother had moved to the village of Bottom End, already widowed, before Sophy was born. She called herself Mrs. Prescott. Until recently, Sophy hadn’t questioned this story, accepting that she and her mother were like those stalwarts of so many stories: people without any relatives at all. Now, at ten years, Sophy was a realist. Fairies didn’t exist, and neither did the shaggy beast she imagined lurking in the cellar.

She’d become conscious of the villagers’ speculating looks, but hadn’t understood them until yesterday, when she overheard Mrs. Upton saying with her usual complacence, “I don’t know if there ever really was a husband, for I cannot convince Mrs. Prescott to tell me anything about him. She just smiles—smiles! Don’t I, who have mourned my dear Francis for twenty-two years, know just what a true widow must feel? That girl of hers could very well be . . .” Here Mrs. Upton’s voice dropped to a whisper. The tea circle ladies were listening so intently their cups didn’t even clink.

Sophy might have ignored this, had she been alone, but two of the village girls were with her, crouching like rabbits on the other side of the fence, under the raspberry canes.

Hoping to prove Mrs. Upton wrong, Sophy loped off to the rectory so she could sneak into Mr. Lynchem’s book room. It was easy enough, with everyone leaving their windows open in the late summer heat. Tiptoeing through the dim, silent room, she located Mr. Lynchem’s volumes of the Naval Gazette without any trouble, but found only an Oliver Prescott in the casualty lists. His death was two months after her birthday, and Mother always said her father had died before she was born.

Stymied, her thoughts had turned to revenge. Letting the pig into the laundry had seemed an excellent idea—until she’d been caught.

Halfway down the High Street Sophy spied Fred, her occasional friend, cleaning the windows of his father’s apothecary. He turned in response to her greeting, taking in her damp dress and limp curls. “Said you’d get caught, didn’t I?”

“Well, you’re wet already. May as well give me a hand.” Fred proffered his bucket. Sophy reached inside for a rag. Her fingers were still pruney, and she would rather wash windows with Fred than confess to her mother just yet.

“Was Mrs. Upton mad?” he asked, climbing a stool to reach the panes at the top, the ones with gold lettering painted on the inside.

Sophy couldn’t hide a smile. The final victory had gone to Mrs. Upton, but she had scored a point or two first.

Fred laughed. “Must have been a sight. Mind you get the dirt in the corners.” Sophy rolled her eyes. Though half a year younger, Fred’s estimation of his own importance had multiplied since becoming his father’s helper in the shop.

As she wiped away the grime from the square panes, the wares inside became bright and new. Sophy peered through each clean pane, taking inventory: packets of hairpins wrapped in yellow paper, patent medicines in tall bottles, the expensive Denmark Lotion only Miss Sikes bought, hoping to coax a proposal from widowed Farmer Briggs.

“Thanks, Sophy,” Fred said when they were finished, circling his arms and making his shoulders pop. She allowed Fred to invite her inside so his father could send her home with a peppermint. Sucking her candy, she made her way home, weary and thoughtful.

Her mother’s cottage was a little way out of the village at the end of a lane, a pretty, square house with white walls and black shutters. The thatched roof was grey as a pigeon’s wing. It was a fine house for a mere school teacher. Her mother’s salary was meager, yet compared to other widows in the village, they lived well. Mother never had to turn her dresses over and Sophy never wore second hand shoes. They had Bertha, for the cooking and cleaning and even a spinet in the parlor, which her mother had insisted she learn to play. Was such affluence really a result of her faceless father’s legacy? Sophy did not know, but she was very nearly certain the good people of Bottom End would not allow a woman of doubtful morals to continue teaching their small boys. Waving absently to Jim, who came once a week for the heavy gardening, Sophy let herself in the kitchen door.

“Sophy?” Mother’s voice floated from the parlor. “Wherever were you all day?” Sophy trudged into the room. Immediately, her mother took in her water-spotted dress and unkempt hair.

She confessed about the pig, leaving out her motives. Mrs. Prescott’s mouth stiffened, resisting a smile.

“That was wicked of you, darling,” she said. “You deserved to get caught. Come here.” Drawing a small comb from her workbox, she tidied Sophy’s hair with gentle fingers, coaxing the bright red curls back into shape. She turned away to hide a grin, saying in a choked voice, “Was Mrs. Upton very upset?”

Sophy recognized that she was forgiven. Her lips slid into a grin as she regaled her mother with a vivid account of Mrs. Upton’s diatribe and the redness of her face, earning a hearty laugh.

“That old busybody,” Mrs. Prescott sighed, wiping her eyes. “Whatever did she do to deserve such a prank?”

“Never mind,” her mother said, seeing her reluctance. “Oh, you were naughty, but I wish I could have seen it. Just don’t ever try it again.”

Sophy considered asking her mother for the truth. Was she a bastard? But she felt all the warmth of her mother’s affection and shrank from spoiling the companionship of the moment. If she asked about her father, her mother would only spin her a fairy story. She had heard so many. Her father had been a lion tamer, a general and a pirate captain. In every story he had a different first name, each more outlandish than the last—Raoul Prescott, Fight-the-good-fight-of-faith Prescott, Sophocles Prescott. Sophy had learned not to press her mother for real answers. Did she really want to know the sordid reality? Not today, she decided. Her questions would keep for another time. Instead she asked to see her mother’s latest sketches: a landscape of green mountains and a picture of a ruin set in a formal garden. Both were drawn with such ethereal beauty they looked like they were about to float off the paper.

“Do they need anything?” Mrs. Prescott asked.

“That’s just what it needs. I’ll add some in tomorrow.”

The nights were getting longer. Dark settled early over the house, bringing a wind with the smell of rain in it. Mrs. Prescott lit a fire—the first one since summer began—and they toasted bread and cheese for supper, finishing with roasted chestnuts from the tree in front of the house. Sophy couldn’t wait for them to cool. Sucking a burned finger, she struggled to peel them one handed.

“Spare my fingers and peel one for me, love,” her mother asked.

Mrs. Prescott laughed, but played along. She bobbed her head, missing the chestnut Sophy tossed. It rolled down her skirts and onto the floor.

“Throw it straight this time.”

Mouth gaping, Mrs. Prescott made a noise indicating her readiness. Taking careful aim, Sophy lobbed the nut at her mother’s mouth, crowing with triumph when it disappeared down her throat with a pop. Her mother’s lips stayed open, frozen in a perfect pink circle. She lifted a hand to her throat, curling forward strangely.

Godiva: Unbridled by Dare, Jenny
How To Get Your Heart Broken by Rose Fall
Light Action in the Caribbean by Barry Lopez
The First Church by Ron Ripley
A Hell of a Woman (Crime Masterworks) by Jim Thompson
Mayday by Jonathan Friesen
Depravity by Woodhead, Ian
Memory Man by David Baldacci
The Beginning Place by Ursula K. Le Guin
Valdez Is Coming by Elmore Leonard