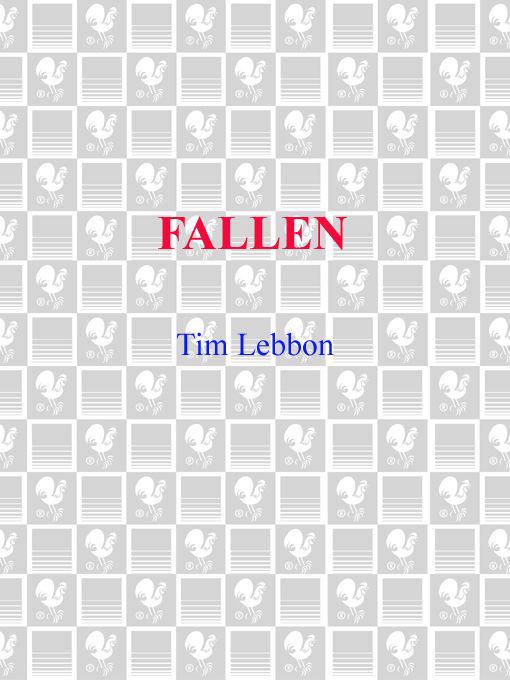 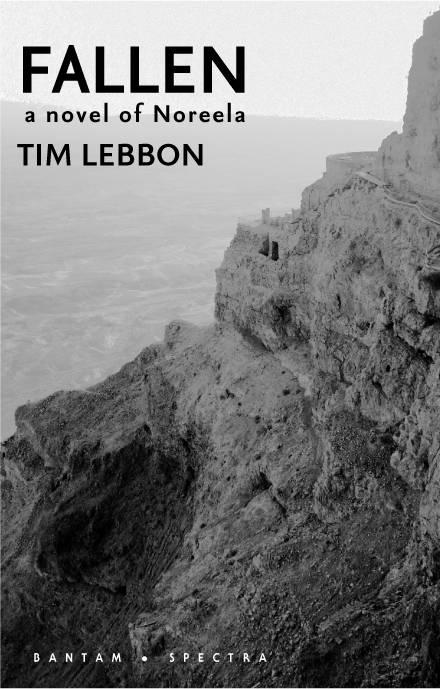 This one's for my good friend Steve Volk

Major thanks, as always, go to Anne Groell, editor extraordinaire, and to Josh and everyone at Bantam. Also a massive thank-you to my agent, Howard Morhaim, for advice, wisdom, enthusiasm, and encouragement when it's needed. 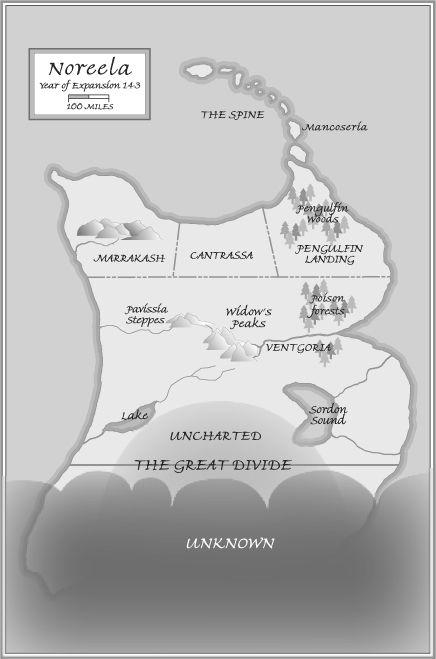 “Humans crave knowledge, and when that craving ends, we are no longer human.”

RAMUS RHEEL HATED
the moment between sleeping and waking. It was a strange place, haunted by recent dreams and the ghosts of those long since passed, and he loathed it even more when one of the fading dreams was a good one. This latest had been about a voyage, though one he had not yet made. Dreams about voyages he
had
made were more usually night-mares.

He sat up and held his head as the dizziness filtered away and real life forced itself in. He was forty-four years old. He could recall a dream he'd had when he was six—sailing west from the shores of Noreela and finding the edge of the world— but he had already forgotten the one he'd just had. He wondered whether this was peculiar to him.

Yet what had woken him? It was not yet dawn, and the streets were quiet. A dog whimpered somewhere and surreptitious footsteps echoed, but Long Marrakash was still largely asleep. And so should he be, if he knew what was best for him.

Something banged in the room next door. It was the main room in his home and contained the only door onto the street.

He froze, listening hard. Another knock, wood against wood.
That was my chair being nudged into the table,
Ramus thought. He stood quickly, wincing as his knees popped, and reached back across his bed. He kept his leather weapon roll on a shelf above where he slept, but it had not been used for a while. He grabbed one trailing strap, pulled, and the roll unraveled onto the bed.

Something scraped across the floor, and he heard a muttered curse.

Ramus's heart was thumping. He'd had occasion to fight several times on his voyages, but he had never thought himself a fighting man. He had no grace of movement and his reaction speed was slow, and he had scars that bore testament to that.

He drew a short knife from the roll and knelt beside the bed, losing himself in deeper shadows.

“Ramus?” The voice was low and uncertain.

Ramus half stood, then thought better of it.
Just because they know my name doesn't mean they're here for anything good.

“Ramus, are you—?” Whoever had broken into his home tripped as they reached for his sleeproom door. They grunted, fell into the door and knocked it open.

Ramus pressed his knife to the invader's throat.

“Nomi?” Ramus fell back and dropped his knife, appalled.
Was I really going to slice her throat?
Maybe, maybe not. Like his dreams, his true intentions already seemed to be fading away, and for that he was glad.

“I think I've broken my wrist.”

“You scared the shit out of me, Nomi!”

“Can we have some light in here? I need to see if the bone's sticking out.”

“If the bone were sticking out you'd be doing more than whimpering about it.” Ramus stood and went to the window. He drew the curtain aside to let in death-moonlight, its pale yellow glow revealing more of the room's shape and depth.

Nomi was still sitting on the floor by the open door, nursing her left arm. “Don't you have a lamp?”

“I'll give you some money for oil, Ramus.”

Ramus sparked his lamp and turned it up. He sheathed the knife and retied the weapon roll. Nomi mumbled something and Ramus looked at the back of her head. She seemed bedraggled and flustered, which was rare for her. Not good for her image.

“What are you doing here?” he asked.

“Came to see you.” Nomi held her hand up, flexed her fingers and sighed, seemingly happy that her wrist was not shattered.

“I doubt it'll even bruise,” Ramus said. “Nomi, it's obvious that you've come to see me. But why break in? And why sneak around in my rooms like a thief?”

She stood and brushed herself down, smiling contritely. “I suppose I look like a fool. But I came to tell you something.
Ask
you something.” She sighed, sitting on the bed and brushing loose hair back from her face.

“Spit it out,” Ramus said. Nomi had been to his home a hundred times before, but this was the first time she had been in his sleep-room. It made him uncomfortable.

“I'm not thinking straight,” she said. “Give me a beat. Something like this doesn't happen every night.”

“You got humped!” Ramus said, mock-elated. He threw his hands in the air and reached for a bottle of wine on a shelf.

“Ramus, this is
important
!”

He popped the cork with his teeth and sat on a chair. “Fine,” he said, taking a swig of wine. It was good—a gift from Nomi following her latest importation of Ventgorian grapes—but the first taste always made him cringe. He offered her the bottle and she accepted, taking a long draught herself. “So tell me.”

“I met someone,” she said. “Last night, just before midnight in the First Heart Wine Rooms. He looked exhausted, like he'd been walking forever. I knew he was a wanderer—there was a distance in his eyes, as though he'd seen things no one else could imagine. He looked around, then approached the bar and asked if they had root wine.”

“So, a wanderer ordered a drink. Are you going to get to the point?”

“Ramus, you have to meet him!” She stood and paced the small room, nervous and excited. “I've arranged to meet for breakfast, down by the river. He has something he wants to sell, and I think we need to buy.”

Nomi waved at the air and shook her head, as though impatient. “No, no, I'll pay. But you and I need to enter into this together.”

“An agreement.” She sat again, never taking her eyes from Ramus.
I could get lost in that gaze,
he thought. He shoved the notion aside. He and Nomi had met ten years ago, and they were the most friendly enemies he had ever known. Competitors, jealous Voyagers, and so dissimilar that he sometimes wondered how they even spoke the same language. Yet he harbored emotions for her, keeping them so deep that even he was not certain of them, and sometimes he saw confused thoughts in
her
eyes. But he feared that they were merely reflections of his own.

“You're a mess,” he said. “Look at you. Your trousers don't even match your jacket.”

“I got dressed quickly. Went home, couldn't sleep, then knew I had to come to see you.”

“Why? What has this wanderer got?”

Nomi's eyes burned, her cheeks flushed and her lips pursed. A smile spread across her face. “I won't tell you,” she said at last, the words bursting from her. “But we need to agree—”

“Nothing, until I know what this is all about. How much money is involved?”

She shook her head and swigged from the wine bottle again. “That's not important.”

Ramus pretended to collapse against the wall. “Now you
truly
have me worried!”

“You'll see.” She stood and clunked the bottle back onto its shelf. “You'll see, Ramus. Meet me at Naru May's for breakfast. You must hear what this wanderer has to say, and see what he has to show.”

“If you want to change your life, yes.” She glanced around the room, and for a second Ramus hated her; the look of disgust was bad enough, but the vague contempt in her voice was cutting.

Nomi left without another word, and Ramus was glad to see her go.

RAMUS HAD NEVER
thought of Nomi Hyden as a real Voyager. To him voyaging was a way of life, not a means to an end, and the wealth Nomi had gathered during and after her two voyages to Ventgoria had bought off whatever spirit she'd had to begin with. She was rich in coin but poor in heart, and that had always been a barrier between them. Ramus had little but knew much, and he strove to know more.

A Shadow on the Glass by Ian Irvine
Unicorn Rampant by Nigel Tranter
El gaucho Martín Fierro by José Hernández
Incensed by Ed Lin
I Dream of Dragons (Boston Dragons) by Ashlyn Chase
The Vampire Hunter's Daughter: Part I by Wright, Jennifer Malone
Chosen by Fate by Virna Depaul
A Question of Honor by Charles Todd
Darkness Risen (The Ava'Lonan Herstories Book 4) by Emanuel, Ako
Silver Mortal (The Gracen Chronicles) by Kay, Jenna