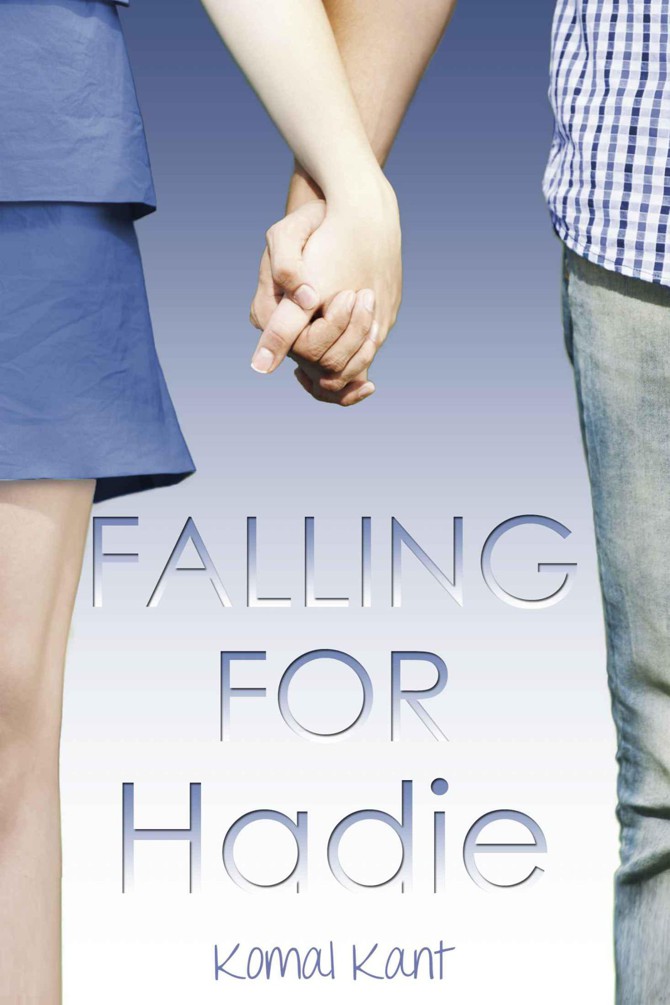 No part of this book may be reproduced, stored in a retrieval system, or transmitted, in any form by any means, without the prior permission in writing of the author, except by a reviewer who may quote brief passages for review purposes only. It cannot otherwise be circulated in any form of binding or cover than that in which it is published and without a similar condition including this condition being imposed on the subsequent purchaser.

This book is a work of fiction and any resemblance to any person, living or dead, or any events or occurrences, is purely coincidental. The characters and story lines are created from the author’s imagination or are used fictitiously.

Disclaimer: Lovefool by The Cardigans does not belong to the author.

If love could’ve saved you, you would’ve lived forever.

It took me a moment to realize who I was looking at.

Considering it was the guy I’d been in love with my entire life, it was stupid that I hadn’t recognized him sooner. The fact that his lips were glued to a girl who wasn’t me was probably what had thrown me off.

I stood at the entrance to Kendall Olsen’s backyard staring in disbelief as my boyfriend hungrily kissed another girl. She was wearing a dress that was barely there, cut high at the thigh with a low back.

Now it made sense why those girls on Jerry Springer screamed at each other and ripped out each other’s hair extensions. That’s exactly what I wanted to do to this girl.

My stomach was churning as though I might throw up. If I did throw up, I hope I threw up all over Bennett. He was the one causing this sick feeling, so he deserved to get a sampling of it too.

But it was more than feeling sick. It felt like my heart was being inflicted by a hundred little paper cuts. I felt the way Jane had felt when she found out that Mr. Rochester had been keeping his wife locked up in the tower.

Except Bennett wasn’t hiding a crazy, pyromaniac wife; he was making out with a gorgeous blonde who made me look like a piece of washed-up seaweed. I’d always known I wasn’t good enough for him, but I’d never once thought he would hurt me like this.

We used to share something special, something real. Every time he’d kissed me, I’d felt like my heart was going to burst with the all the happiness that I couldn’t contain. I’d tried to please him and make sure I was being supportive of him, even though deep down I’d felt like he wasn’t the same person I’d loved years ago.

But I hadn’t. I had foolishly fallen in love and now I was standing here watching my Prince Charming turn into an ugly toad with warts. Big, fat, bulbous warts. My fairytale romance was over. Our love had meant nothing to him.

I had meant nothing to him.

Not really knowing what I was going to say or do, I walked towards the love of my life, clenching up my fists to stop myself from crying. I didn’t want to give Bennett the satisfaction of seeing my tears. He didn’t need to know how bad this was cutting me up inside.

Either way, whether I cried or threw up, this night was not going to end well for me.

I felt like an exhibit at the zoo. Or a side show act at the circus. Or one of those toddlers with a leash backpack.

Everyone was staring at me like I didn’t belong here.

Which made sense because I really didn’t belong here. I was the new boy. New in school, new in town.

I was trying real hard not to let it get to me. I’d told myself that it didn’t matter what the kids at Statlen High thought of me, but the irregular twisting in my stomach indicated otherwise. I was nervous as hell, whether I wanted to be or not.

“They dress so
plain
here,” my twin sister, Becky, said from beside me, her voice dripping with disdain.

We walked into a courtyard that had benches placed in the center. The students were milling around in small groups, openly staring at us like we’d just stepped off the mother ship.

I stopped to glare at her. “It’s high school, not a damn runway.”

Her terrible French accent rattled my nerves, and I resisted the urge to strangle her. “It’s
la mode
.”

“It doesn’t matter what it’s called,” she snapped, flipping her dark brown hair over a shoulder. “What matters is that
they
don’t have it.”

This time I chose to ignore her because her vain talk made me want to kick myself in the face.

Brown hair and blue eyes was just about the only things my sister and I had in common. There were all these theories that twins had some special bond, but obviously that twin bond had skipped Becky and me because we couldn’t be any more different if we tried.

Becky was obsessed with her reflection. She was always putting on way too much make up and trying to impress guys. Popularity was equally as important to her. She had been somewhere around the middle of the social scale at our last school, but I knew she was determined to change that here. She was like a vulture, hungry to be a Queen Bee or whatever those girls called it.

As for me, being on the football team had automatically put me on top of the social scale. Eventually, I’d lost interest in that kind of stuff and realized that there were more important things in life than bragging about how many girls I’d slept with in a week.

The students here seemed to be the same as the ones at my old school in New York. There were the same cliques, the same separation between the self-proclaimed popular kids and the supposed “losers”. It was complete crap and something that didn’t interest me.

I wasn’t interested in making friends or impressing anyone. I was here to get through my senior year with as little trouble as possible. There would be no interacting with anyone and no socializing unless it was completely necessary.

But, damn, I wish these knots in my stomach would disappear.

When it became clear that Becky was going to be no help in finding the admin office—she was already sidling her way towards a bunch of jocks—I began to study the red-brick buildings, trying to figure out where the admin office was. They all looked the same, and the letters on the buildings gave no indication as to their purpose.

Swearing underneath my breath, I took a step back and slammed hard against someone. There was a squeal, and I shuddered as hot liquid seeped down my back.

“Hey!” I cried, spinning around to face the idiot who’d run into me.

A girl, who couldn’t have been more than five-foot tall, was looking up at me with scorn on her face. She was slim with brown hair that was swept back in a messy ponytail and chestnut brown eyes that stared at me fiercely. She’d also spilled the coffee all down the front of her sweater, staining the light blue fabric.

“Watch where you’re going!” she snapped.

I was taken aback by the hostility in her tone and stepped back, folding my arms across my chest. “You’re the one who knocked into me. Do you need your eyes checked or something?”

I smirked. “You wanna check them for me?”

Two pink spots appeared on her cheeks, and she gave me a look intended to kill. “No, I do not want to check your legs, you perverted
jock
!”

She threw that last word at me like it was an insult. Did she have something against jocks? I mean, sure I’d been a jock once, but I wasn’t any more so it didn’t offend me nearly as much as she’d probably intended.

I leaned in closer, tilting my head to the side. “You probably aren’t the best person to be checking out my legs anyway since you have eye problems.”

Her face turned bright red. Before she could throw another insult at me, Becky was back at my side. Judging from the sour look on her face, Becky wasn’t impressed by the coffee assailant. And, despite not wanting to socialize with anyone, I actually was impressed by the infuriated girl standing in front of me.

There was no falling over herself to talk to me, no fawning, no flirting. Just those qualities alone made me want to know her. Even though I didn’t want to get close to anyone.

Yeah, I wasn’t off to such a great start.

“Is that guy looking at me?” Becky asked, her voice high and pitchy

I didn’t bother turning around. I didn’t give a damn which guy had already caught her eye. “Does it look like I care?”

“Just turn around and tell me!” she said with a frown.

There was no way I was going to turn around.

“He probably is.” The coffee assailant was the one who had spoken.

Becky finally acknowledged the girl’s existence. “Really? You think so? How can you tell?”

“Because he’s my boyfriend and he likes to make out with girls who aren’t me.” The girl didn’t bat an eye.

Surprise flooded me. I turned around to find the guy they were talking about. He looked like the typical jock-type—tall, strong build, and dark blonde hair.
She
was dating
him
? But he was cheating on her? Was that why she didn’t like the jock-type?

Don’t get me wrong, she was a pretty girl. She just didn’t seem like the kind of girl to go for a guy like that. Not that I knew anything about her or the type of girl she was. My type had always been the easy type because, well, they were easy.

“He’s
your
boyfriend?” Becky asked in disbelief, echoing my thoughts on a rare occasion.

“No, I was joking. He’s not my anything.” The girl’s expression grew dark as she pursed her lips. “I’m sorry, I have to go.”

She hurried past us and I watched her walk away, unable to take my eyes off the strange girl. I could not figure her out.

“You know you have coffee on the back of your shirt?” Becky stated a matter-of-factly.

The admin office was nothing more than a desk with an elderly lady stationed behind it. Beside her desk was a door that said ‘Principal’s Office’. She barely glanced up as we approached the desk and stood in front of her, waiting to be noticed.

“Excuse me?” I finally said when I couldn’t take the waiting any longer.

She looked up at me questioningly. “Yes, what is it?”

“This is me and my sister’s first day.” I gestured between Becky and me. “We have an appointment with the principal.”

She typed something into her computer and looked back at me. “Lincoln and Rebecca Bracks? You’re twins?”