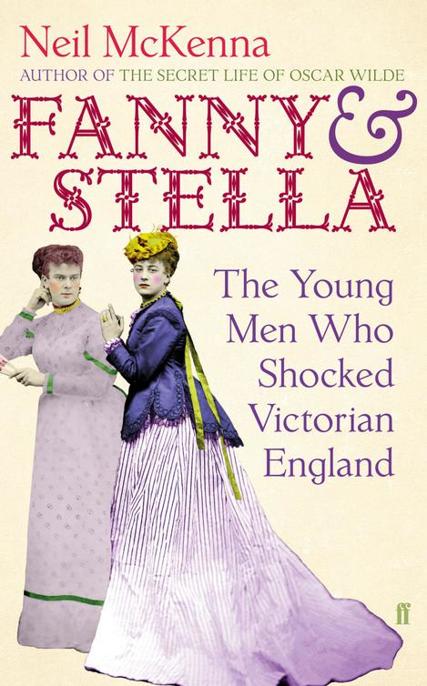 This book could not have been written without consulting the materials on Fanny and Stella held by the National Archives in Kew, who were unfailingly helpful. I am also grateful to the British Library and the British Newspaper Library; to the Metropolitan Police Service Archive in London; to the National Archives of Scotland; to the Parliamentary Archives; to the Wellcome Institute Library; to the library of Imperial College, London; to the libraries of the Royal College of Surgeons in London and the Royal College of Surgeons in Edinburgh; to the Flintshire Record Office who hold the Hawarden MSS; to the Library of Nottingham University who hold the Newcastle Clumber MSS; to the Post Office Museum and Archive in London; to the Essex Record Office; to Michael Hussey of the National Archives and Records Administration in the United States; to Paul Stevens, librarian and archivist at Repton School; to Elizabeth Boardman, archivist at Brasenose College, Oxford; to Rob Petre, archivist at Oriel College, Oxford; to Robin Freeman, archivist at Hampshire Archives and Local Studies; to Andrew Dowsey, archivist at Fife Council; to the
Hamilton Advertiser
and the
Hampshire Chronicle
; to Lesmahagow Central Library; to Hamilton Central Library; and to the National Railway Museum in York.

I would particularly like to thank Jonathan Ned Katz for generously sharing his research on John Safford Fiske; Peter Swaab for his insights on Fanny and Stella; Anna Swan for her many helpful suggestions; Julie Wheelwright for her continuous support; Dr Stuart Flanagan for his medical knowledge; Professor Laurence Senelick for so generously allowing me to reproduce photographs of Fanny and Stella from his collection; Sue Fox for her inspired research in the US archives; Rina Gill for her enduring friendship and encouragement; and Will Atkinson for his generosity of spirit.

Dede Smith, to whom this book is dedicated, has been a tireless researcher and an enthusiastic advocate of Fanny and Stella, reading and re-reading the manuscript and suggesting countless improvements. I am very grateful for his friendship and for his wisdom.

I would like to express my very sincere thanks to my agent, Andrew Lownie, and to Julian Loose and Kate Murray-Browne, my editors at Faber, who have been everything that editors ought to be, and more besides.

Lastly, I would like to express my profound gratitude to Robert Jones without whose love and friendship this book could not have been written.

There was an old person of Sark

Who buggered a pig in the dark;

The swine in surprise

Do you take me for Boulton and Park?’

When they were seated in the stalls,

With their low-neck’d dresses and flowing shawls,

They were admired by one and all,

This pair of He-She ladies.

The gents at them would take a peep,

And say they are Duchesses at least,

Lor! what a fascinating pair,

Especially she with the curly hair.

H
eads turned as the two strikingly handsome women swept imperiously into the pale-green and gilded foyer of the Strand Theatre and made their way to the private box, booked under the name of Mrs Fanny Graham, where two young men – Mr Hugh Mundell and Mr Cecil Thomas were the names they had given to the boxkeeper – were already waiting for them.

In the flurry of excitement, nobody noticed the three ordinary-looking, moustachioed men who had slipped quietly into the theatre on the heels of the two women and then quickly melted away into the darker recesses of the stalls and promenade.

The boxkeeper was excited. He thought that he recognised one of these two divinities as none other than the Duchess of Manchester, the great society beauty whom the Prime Minister, Mr Gladstone, just five days earlier at a state banquet, had praised as among ‘the very fairest of our land’.

But the male members of the audience at the Strand Theatre were not so easily fooled. ‘The general opinion throughout the house,’ one observer reported, ‘was that they were two fresh stars in the firmament of the demi-monde, and that their beauty, their fascination, and their paid-for smiles would, before the London season expired, cause many a poor dupe to curse the hour in which he had been born.’

The recently rebuilt Strand Theatre was one of London’s largest, and seated over a thousand people. It was famous for three things: for the quality of its air, for its burlesque productions, and for its reputation as a place of successful sexual assignations. Air quality was a prime consideration. Most theatres and music halls reeked of unwashed humanity, a hot and heady mixture of sweat, body odour, pipe and cigar smoke, cheap scent and alcohol. When it was rebuilt in 1865 the Strand was the first theatre with a purposely designed ventilation system and the first to install an industrial-sized Rimmel’s Vaporiser, invented by the
parfumier
Eugene Rimmel, which released clouds of perfumed steam to sanitise and deodorise the air.

London was in the grip of a new theatrical craze for burlesques and burlettas, for light operas, comedies, farces, melodramas and pantomimes where women dressed as men and men dressed as women. The pursuit of love with all its thorny and tangled turnings, all its comic and tragi-comic complications, was the proper subject of burlesque. That young women dressed as men fell in love with young men, and young men dressed as women fell in love with young women, far from confusing the audience, seemed to add a delightful
frisson
of sexual excitement to the proceedings. And the Strand Theatre was the very epicentre of burlesque mania, mounting a never-ending succession of ‘Grand Burlesque Extravaganzas’ which guaranteed full houses night after night.

There was a young man of St Paul’s

Possessed of the most useless of balls,

Till at last, at the Strand,

He managed a stand,

And tossed himself off in the stalls.

If there was any lingering doubt that the two strikingly handsome women in Mrs Fanny Graham’s box were expensively dressed whores, their behaviour soon put paid to such notions. They nonchalantly leaned over their box, waved their fans, twirled their handkerchiefs and ‘lasciviously ogled the male occupants of the stalls’. They smoked, they giggled, they nodded and they winked as they waggled their tongues at men in such a way as to leave absolutely no doubt of their sexual intentions.

Five Have Plenty of Fun by Enid Blyton
My Soldier: A Miliatary Romance by Holt, Leah
Delta Factor, The by Mickey Spillane
The Letter by Sylvia Atkinson
All Souls by Javier Marias
Going for It by Elle Kennedy
Demon Retribution by Kiersten Fay
Hoofprints (Gail McCarthy series) by Crum, Laura
My Soul Immortal by Jen Printy
The Wicked Wedding of Miss Ellie Vyne by Fresina, Jayne