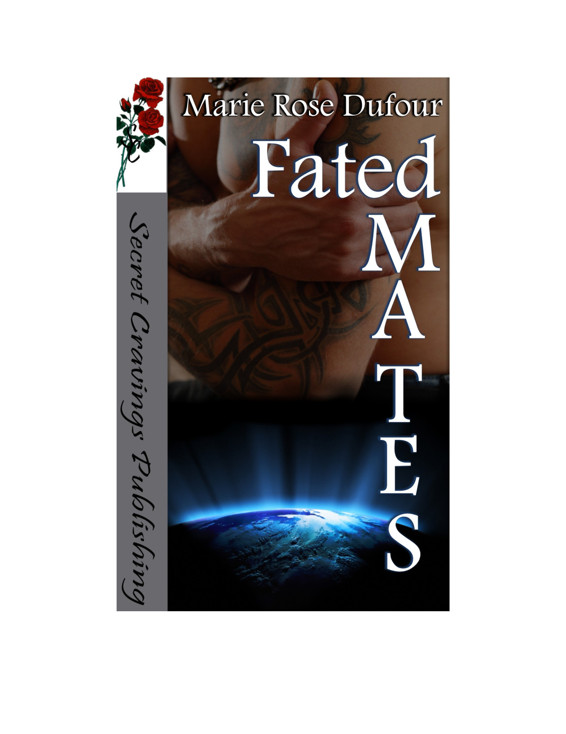 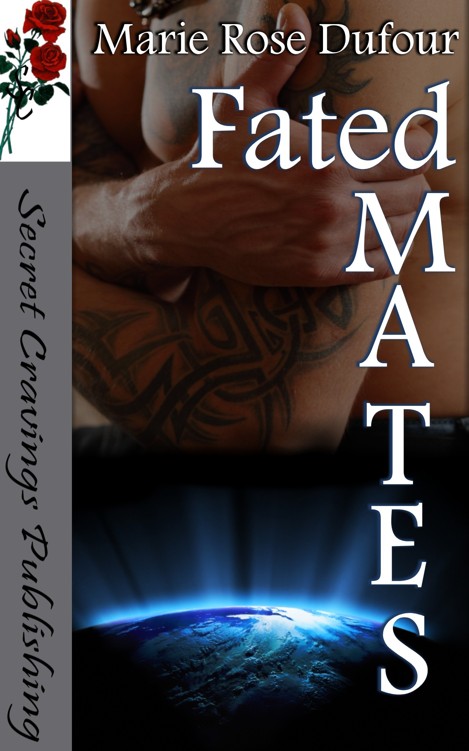 ABOUT THE E-BOOK YOU HAVE PURCHASED:
Your non-refundable purchase of this e-book allows you to only ONE LEGAL copy for your own personal reading on your own personal computer or device.
You do not have
resell or distribution rights without the prior written permission of both the
publisher and the copyright owner of this book.
This book cannot be copied in any format, sold, or otherwise transferred from your computer to another through upload to a file sharing peer to peer program, for free or for a fee, or as a prize in any contest. Such action is illegal and in violation of the U.S. Copyright Law.

Distribution of this e-book, in whole or in part, online, offline, in print or in any way or any other method currently known or yet to be invented, is forbidden. If you do not want this book anymore, you must delete it from your computer.

If you find a Secret Cravings Publishing e-book being sold or shared illegally, please let us know at
[email protected]

All cover art and logo copyright © 2011 by Secret Cravings Publishing
ALL RIGHTS RESERVED:
This literary work may not be reproduced or transmitted in any form or by any means, including electronic or photographic reproduction, in whole or in part, without express written permission.

To my husband Keith, my life, my love, my Dragon whose favorite sentence, “My wife doesn’t know how to fail.”, actually came true!

Dragon leaned back in his office chair gazing unseeingly out the vid-window down at Earth from where the cruiser orbited the planet. His brow furrowed in concentration with the problem at hand.

“Uh…hum,” uttered from behind him trying to get his attention.

The gentleman should know from experience, he did things in his own time and only when truly ready.

“Uh…hum…” again sounded from behind him.

“Sergeant, trust me. It’s not within your best interest to rush me in my decision on this matter.”

Properly chastised, Dragon, confident he would not be disturbed again until he thought through every option, let his eye gaze back to the blue planet below. Ever since first orbit, life hadn’t been the same on his ship. Everyone had been edgy, including him. Expecting, hoping, and praying to be mated to someone on the planet below, everyone except him. He had lost faith in the dream a long time ago. Now he had to deal with a situation he never thought would happen under his command.

He adjusted the eye patch he wore over his left eye, a souvenir he received as a POW, before he slowly turned his chair around and pierced the man in front of him with a steely gaze.

“The only reason you are not in the detention center, Sergeant, is because we are friends.

Explain to me why you disobeyed ship rules and left this vessel without authorization. Explain to me how a lifelong military man purposely neglects his duties. I need my Sergeant at Arms to explain it to me because as your commanding officer, I am ready to throw you in a cell, start dismissal procedures, and have your ass on the first transport back to Serralia.” For the first time during his lecture, he saw his friend blanch at the mention of being shipped home.

Dragon whistled through his teeth and leaned back in his chair resting both hands behind his head. “When? How?”

“Four days ago, the Goddess blessed me.” Tarlon bravely looked his commanding officer and friend straight in the eye. “Excuse my bluntness, Sir, but being unmated yourself, you have no idea what I was going though, being on this ship, knowing my mate waited down on the planet below me. Nothing could have stopped me, not our friendship, and definitely not my duty as an officer.”

Dragon’s face hardened and his un-patched eye turned as cold as the wind whipping across the ice plains on the North Pole of Serralia.

“Do you intend to soften me by insults and bringing attention to my lack of a mate?” Dragon sprang from his chair and stalked in front of him. Tarlon’s eyes immediately went to the floor in a show of respect. He took a deep breath and looked his friend in the eye. His unintentional insult struck deep, to go through life unmated was a fate worse than death to his people.

“I beseech you and the Goddess for my unintentional insult, my friend.” Tarlon placed a hand on Dragon’s shoulder. “I just pointed out you have no personal experience with the yearning call of the first mating.”

“That might be so.” Dragon gritted out, shaking off the hand on his shoulder and going to stand in front of the window again. “What I do know are the rules of this ship. You are to report 8

immediately to the detention center for seven days or until I decide what to do with you!”

“But Sir,” gasped Tarlon protesting. “You cannot separate me from my mate. It would be a torture we both could not tolerate.”

Dragon sighed. He knew his punishment didn’t match the crime. It went against the very beliefs of his culture to separate Fated Mates even for a moment. Everything changed when Tarlon had shown him his mark.

“I am in quite the awkward position,
my friend.
Your infraction must not go unpunished, but I cannot separate you from your mate. What I can offer you is a compromise. Spend the day portion of your sentence in the detention center catching up on the backlog of paperwork, which seems to have piled up. The night portion of your sentence, you are in the custody of your mate.” Dragon glanced back and caught the brief look of relief crossing Tarlon’s face and something long dead inside hurt until he squelched it.

“You are dismissed. Please report to the detention center to start serving your sentence.”

“My mate and I thank you, Dragon. We shall say an extra prayer to the Goddess in your name.”

Dragon reached up and adjusted his eye patch. “Not necessary. The Goddess has long forgotten my name.”

“Regardless, a prayer will be said,” Tarlon whispered as he turned to leave the room.

“Yes?” He paused at the door and looked back at the lonely man standing in front of the window.

“The yearning call,” Dragon whispered reverently. “Is it as all-consuming as people speak of?” Dragon reached his hand out as if to touch the blue planet in his window, but dropped it so quickly Tarlon probably thought he imagined the action.

“More.” With the powerful word hanging in the air, the door closed behind him.

Dragon took a deep steadying breath and said a short prayer to a Goddess who might or might not have forgotten his name. “What could it hurt?” he thought to himself as he turned to Fated Mates

make his rounds around the ship. It’s not like anyone’s listening anyway.

“Come with me. I know you have been secretly dreaming about this opportunity since they landed,” Michelle pleaded insistently as she paced back and forth across her classroom, her brown eyes sparkling with excitement.

“Why is it every few months, we have the same conversation?” Liz asked her quizzically. “I feel like I’m in the movie
Groundhog Day.
You remember the one, the one with Bill Murray reliving the same day over and over again. Why don’t you give up?”

“I’m never going to give up, especially when I know I’m right. So you might as well do what I’m asking you to do.”

Liz snorted and continued to pack the books for the end of year cleanup. “What makes you so sure I’d be chosen as a Serralian mate?”

“You forget you and I were together when the news broke about first contact. I saw hope light up in your eyes. You started living again that day.”

“Would you say hope or relief? You also remember my divorce finalized the same day. I became free from a total abusive jackass.”

The arrival of the Serralians three years earlier secretly sparked a glimmer of hope, even in the most defeated souls. A small scouting party communicated with the government for years from an orbit at the outer rim of the galaxy before the public had been notified there was a first contact situation. Of course, panic ensued at first. Fanatical religious cults preaching the end of the world and an abundance of cable show claiming every psychic from Nostradamus to Ms.

The Serralians came back to the world of their ancestors. Over two thousand years ago, an alien race visited the Earth. They walked among the people and become enchanted by the primitiveness of those who lived here. They reminded them of their own race in their infancy when technology had not ruled their lives.

A few of the explorers, or Originators as they were called, were disenchanted with their technology reliant existence and longed for a simpler life. They identified the fourth planet in the solar system Pegasus could support life, and had planned to colonize the planet when a slight detour brought them into contact with Earth. Along with various other artifacts, they brought with them The Stones of the Goddess. These stones were their oldest and most revered religious artifacts. Before the total reliance on technology, the Originators used the Sacred Stones to identify and mark the Fated Mates of their people. They believed the Great Goddess herself spoke through the stones and matched people who were fated by Her to be together forever and beyond.

Immediately after the birth of a Serralian child, they were brought to the Temple and a Sacred Stone pressed against the palm of their hand. As the Goddess decreed, a Sacred Mark would imprint upon the child. The Mark would reveal itself when the two souls were matched and connected. The mates were bonded from then on in this life and the next.

They used the stones on the primitive people of Earth and found many of the people made Fated Mates to their own people. So they scoured the Earth looking for mates to bring with them to colonize the distant planet. The Originators brought with them many thousand Earthlings from all over.

They lived mostly in peace, blending the use of technology with a simpler way of life. They always knew at some point they would have to re-establish a relationship with the people of Earth. Genetically speaking, after two thousand years, the viable gene pool for every person would get smaller and smaller. The people from Serralia noticed more and more of them were going through their lives without their Fated Mates. The birth rates were plummeting. Their society started to unravel. The world’s scientists were becoming concerned about the future of their people.

At this point in their history, they decided to re-establish their relationship with Earth as soon as possible. Unfortunately, Earth was not the same world they visited over two thousand years ago; no longer a simple world, but one consumed by complications. After the initial Fated Mates